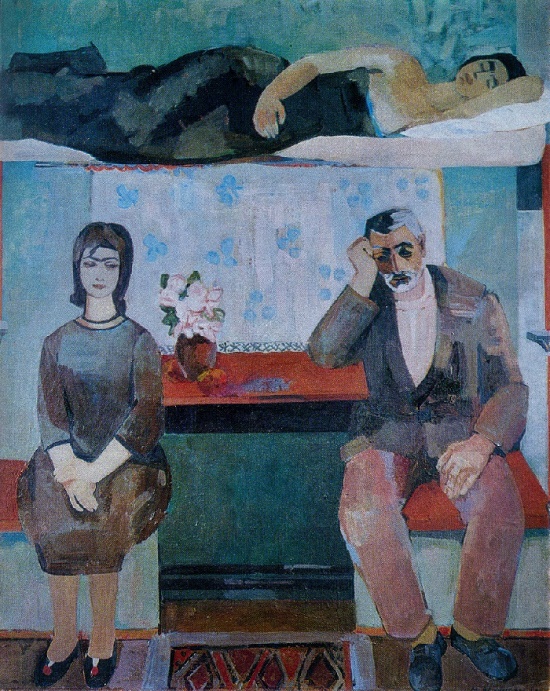 Soviet Armenian artist Minas Avetisyan
Honored Artist of the Armenian SSR, Minas Karapetovich Avetisyan was born 20 July 1928 in the village of Jajur of the Armenian SSR. He studied at the Yerevan Art School named after F.Terlemezyan (1947-1952) and Yerevan Art and Theater Institute (1952-1954). In 1960 he graduated from the Leningrad Institute of Painting, Sculpture and Architecture of I.E. Repin. Since 1960 he lived in Yerevan. He is the author of paintings, landscapes, portraits, and still lifes. In the color compositions of Avetisyan the world appears bright and tense, the objective forms in it sometimes turn into an expression of the powerful energy of colorful planes. But the artist can organize this color energy in such a way that the sound of the image conceived by him convince the viewer. The world transformed by the artist can carry away with joy, blind with the glint of the sun, and fascinate with the silence of a damp night.
The painting “In the wagon” (1966-1967) does not contain a specific story and distinct characteristics of the characters. Representing his characters, the author does not give the viewer any literary plotting of the plot. He creates a special atmosphere full of a sense of expectation, a characteristic feeling that every person experiences on the road. 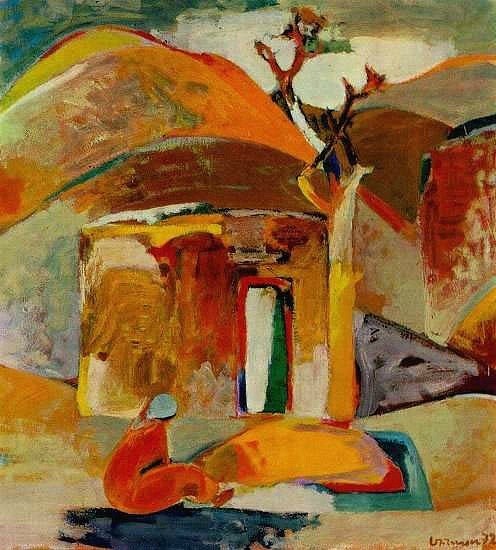 Meanwhile, Avetisyan had the first exhibition in 1960. However, the wide recognition came to him in 1962, after the exhibition “Five Artists”, held in Yerevan. There numerous specialists and visitors saw the bright individuality of the painter, and appreciated his paintings.

In the mature things of Avetisyan, color-contrasting, painted in a large expressive smear, the principles of Fauvism were revived. A notable echo in his works was in the traditions of Transcaucasian medieval art. Works of the master combine a special color saturation with the epic drama of a figurative system. Landscapes, self-portraits, genre-symbolic rural motifs (“Baking lavash” 1972, “Landscape with Khachkars” 1974, both paintings – Museum of Modern Art, Yerevan) – perceived at official exhibitions as breakthroughs to freedom of aesthetic self-expression. Thus Avetisyan, although gravitating on the whole, rather, to the French modern and early avant-garde of the early 20th century, was approaching the contemporary Russian severe style.

In addition, he successfully performed as a theatrical artist (the scenography of the ballet by A. Khachaturyan “Gayane” at the A. Spendiarov Opera and Ballet Theater, 1974, etc.) and the monumental painter (the painting of the factory interiors in Leninakan-Gyumri, 1970-1974).

Noteworthy, Saryan was the spiritual father of Minas. The young artist was a true heir to the work of the great artist and a symbol of the new growth of national painting. Brightness, the dramatic passion of Minas’s sounding dictated the very nature of Armenia, the rocks scorched by the bright rays of the sun, which seem to represent a mysterious eternity.

Following the national traditions in painting, using the means of expression found in ancient miniatures, and the experience of the works of famous artists, Minas nevertheless never resorted to blind copying. In his works he expressed reality, passing it through his own perception and interpretation of life. 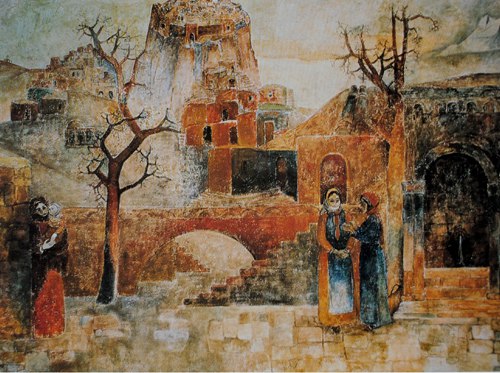 Unfortunately, many works of the artist died in 1972 in the fire. On the night of January 1, while Minas was in Jajur with his family, his Yerevan studio burned out along with most of his best canvases.
Three years later, in 1975, Minas Avetisyan died under the wheels of a car that drove to the sidewalk.
Fate seemed to be against him even after his death, when the earthquake destroyed some of his frescos in Leninakan (Gyumri) and equalized the Minas Avetisyan museum in his native village of Jajur to the ground.

Between 1960 and 1975 Avetisyan created about 500 canvases, almost as many drawings, 20 large frescos and projects for more than a dozen theatrical performances. His art took an honorable place in the history of world painting. 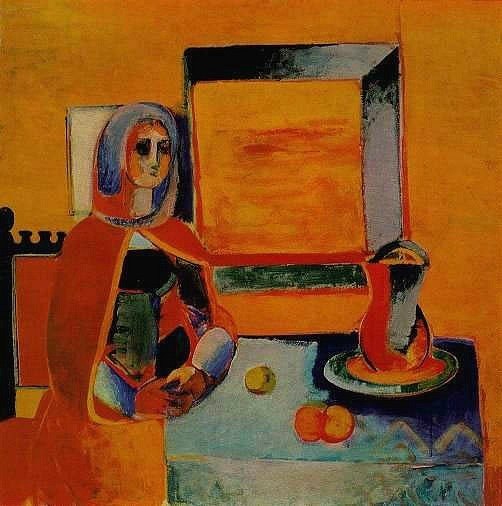 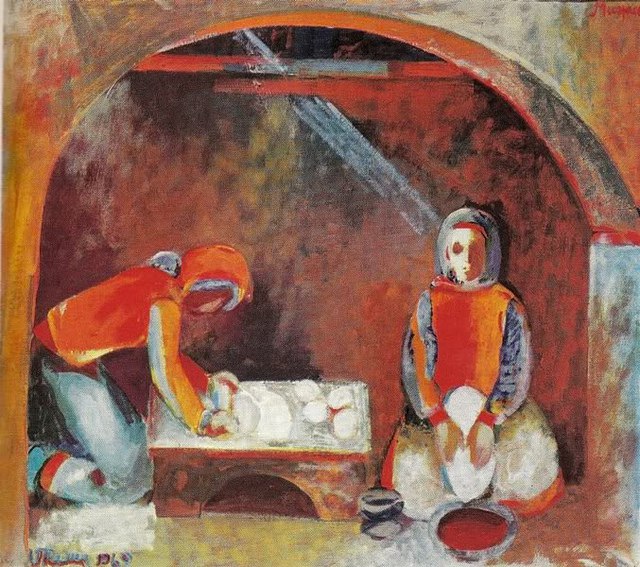 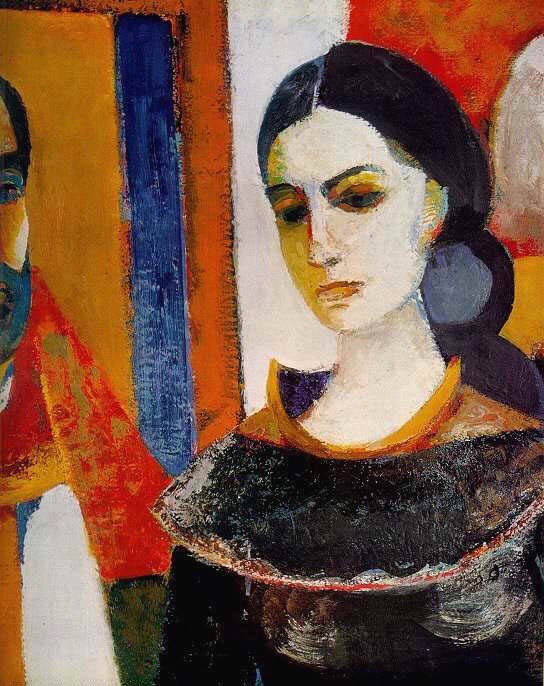 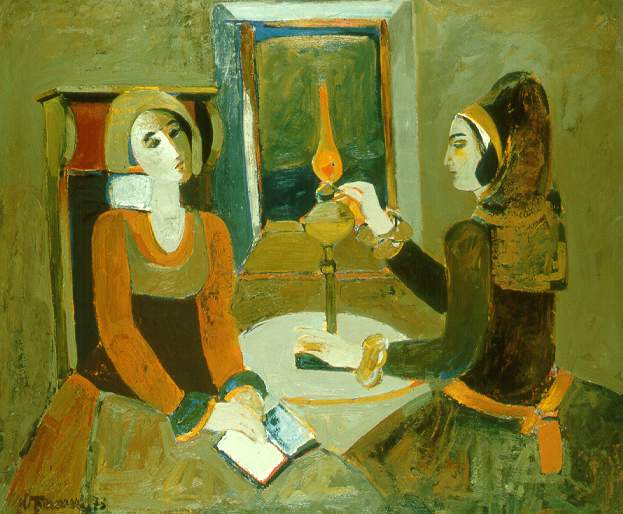 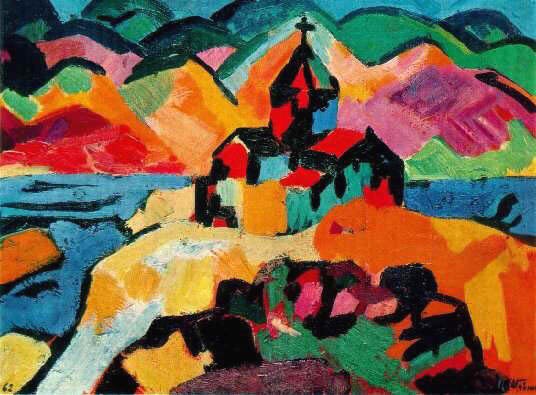 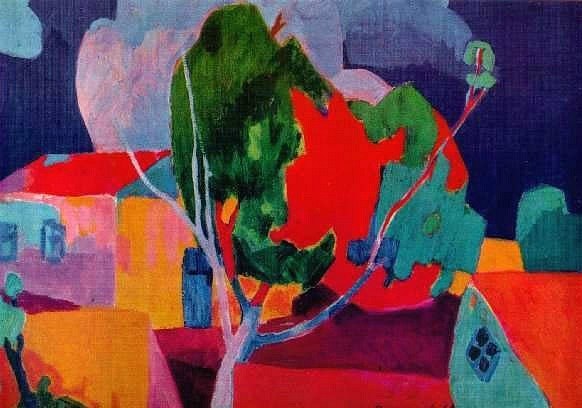 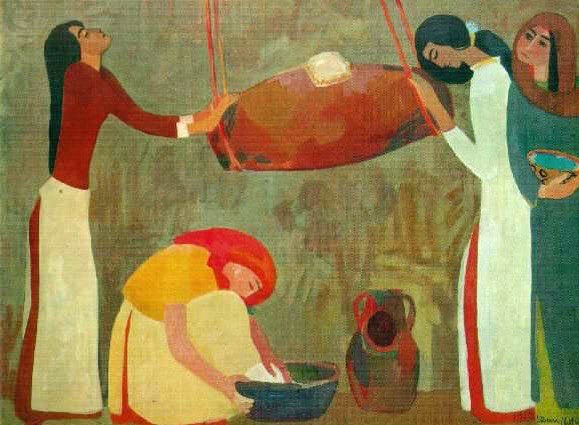 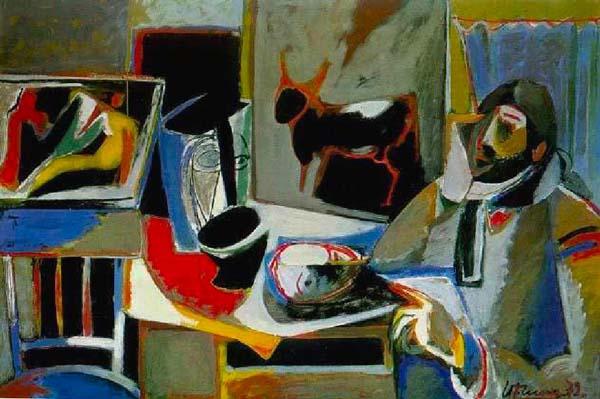 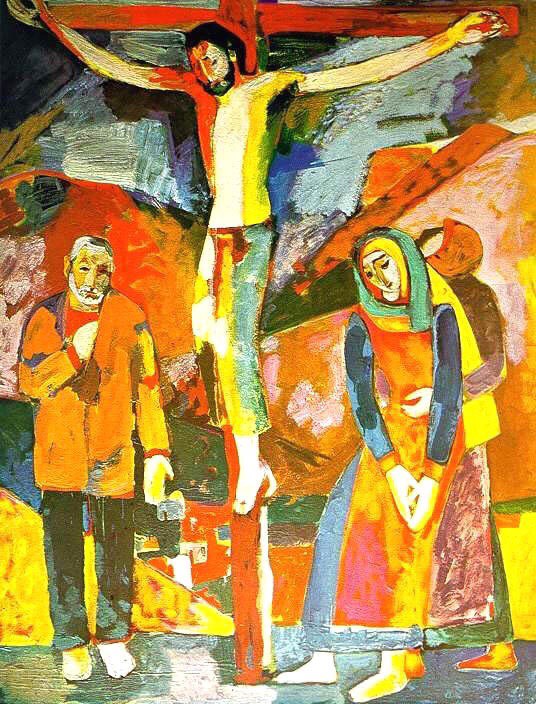 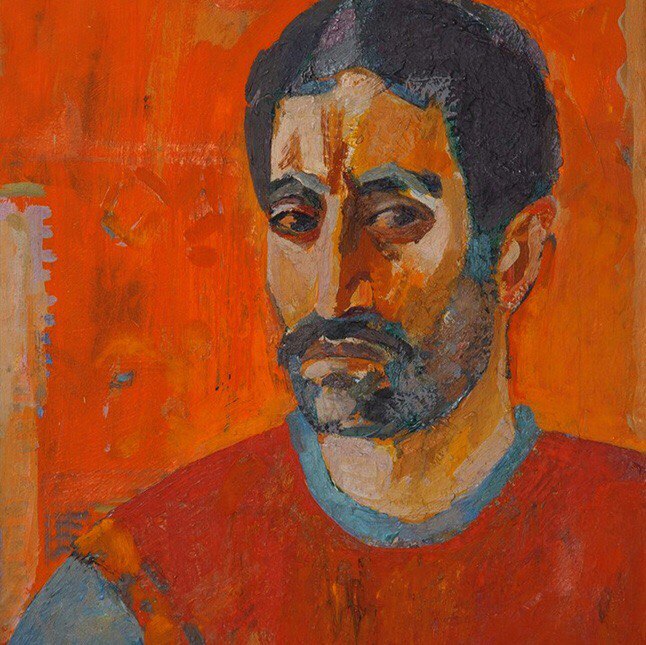 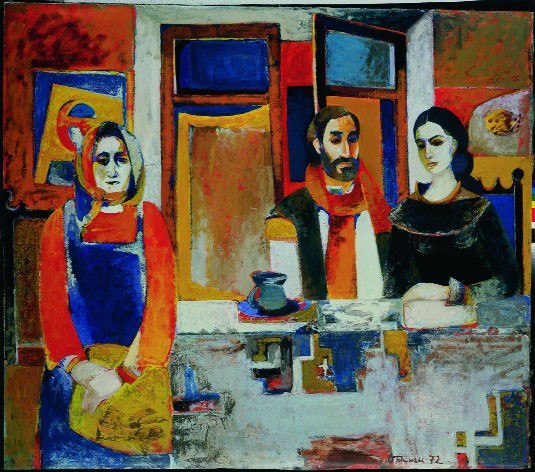 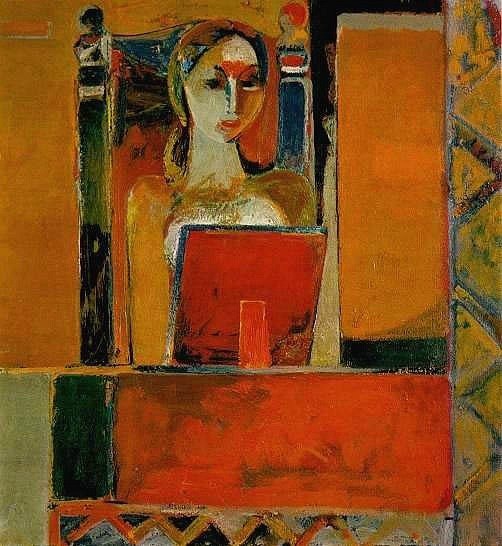 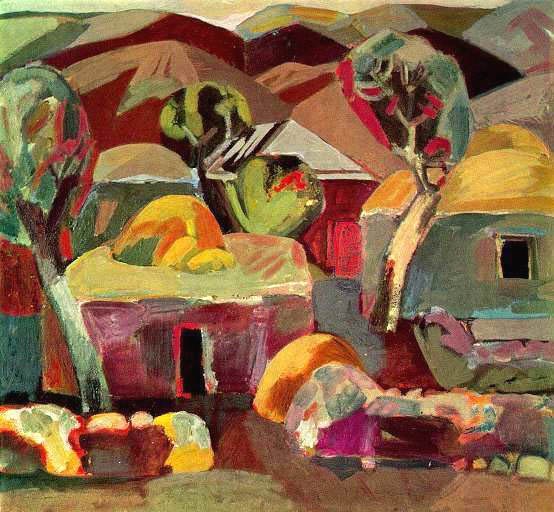 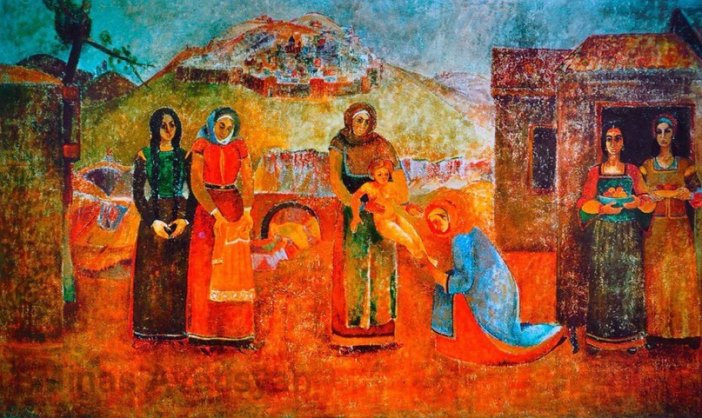 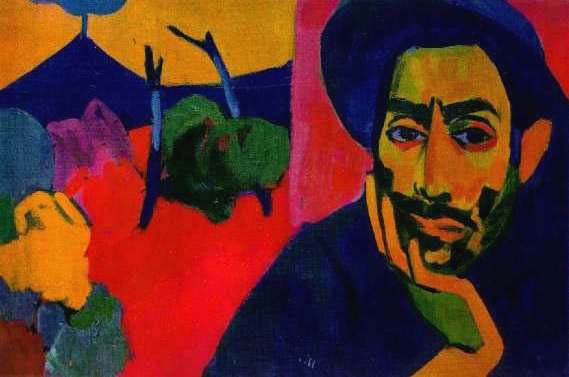 Self-portrait in the workshop. 1972 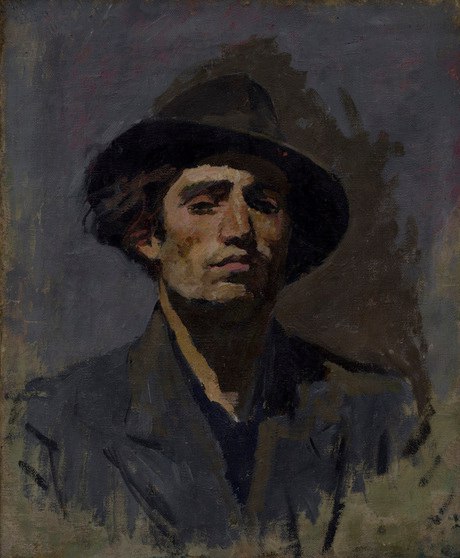 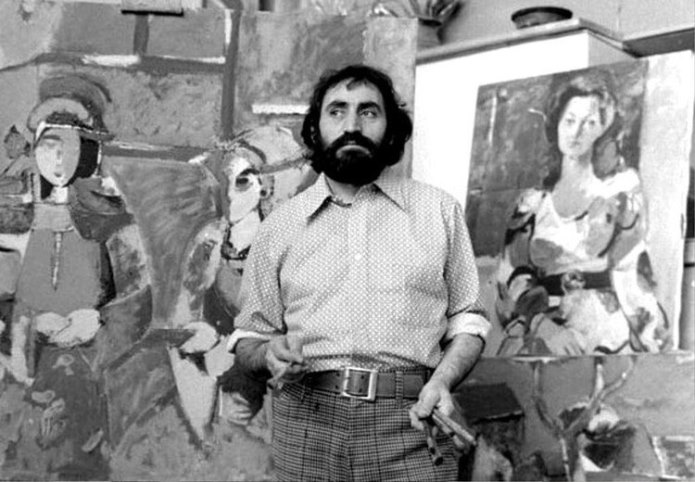 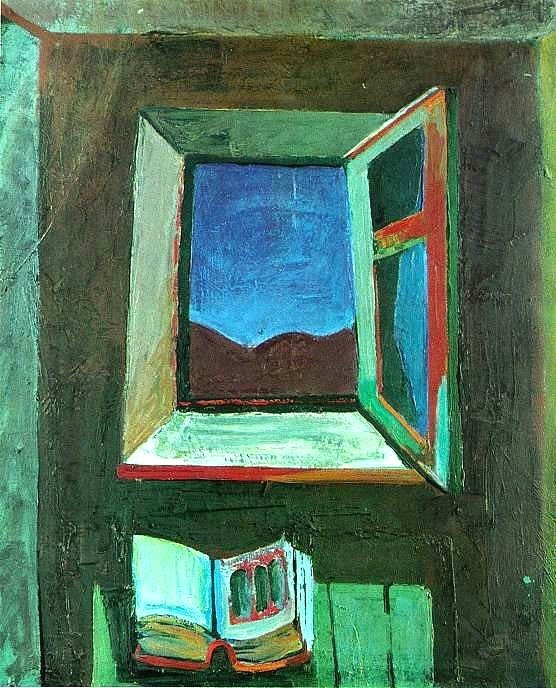 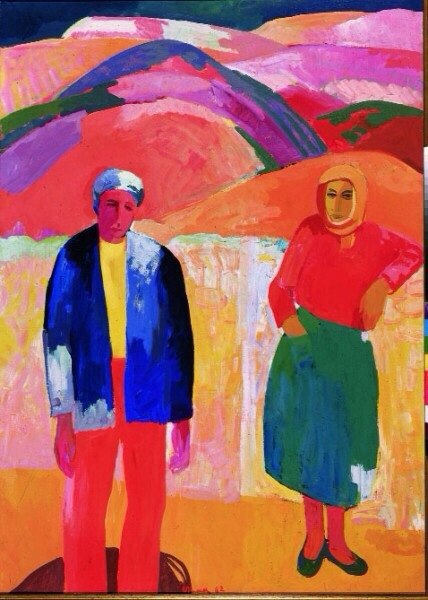 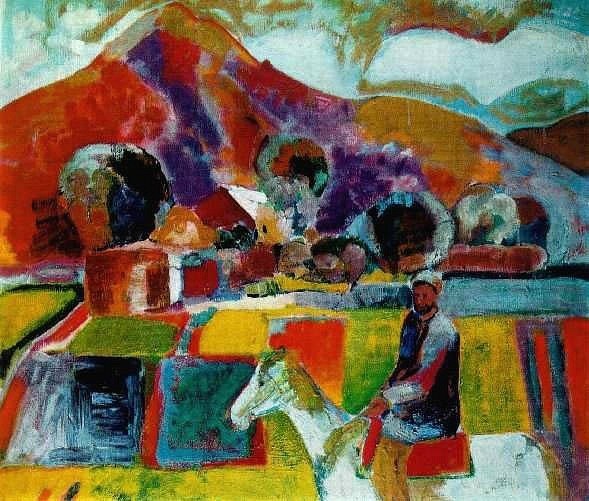 On a white horse 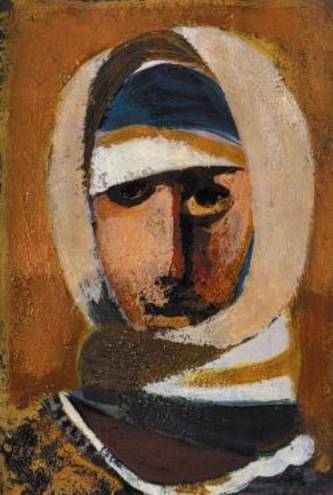 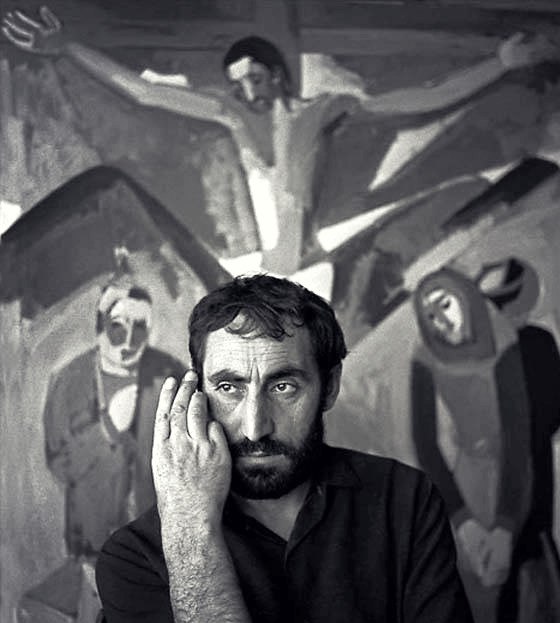 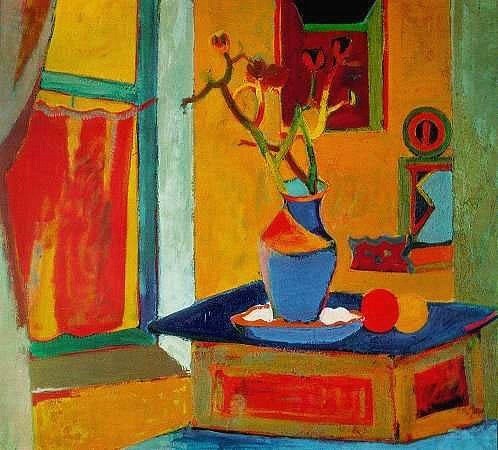 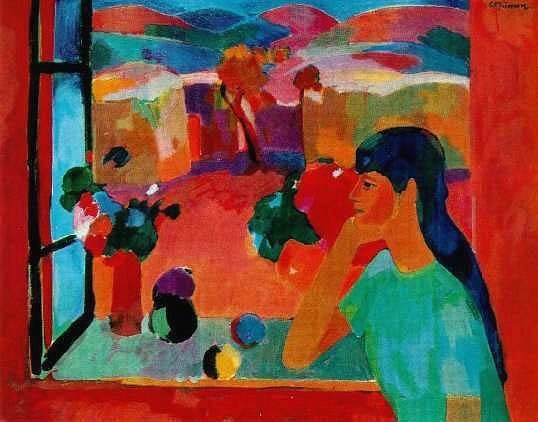 Waiting at the window 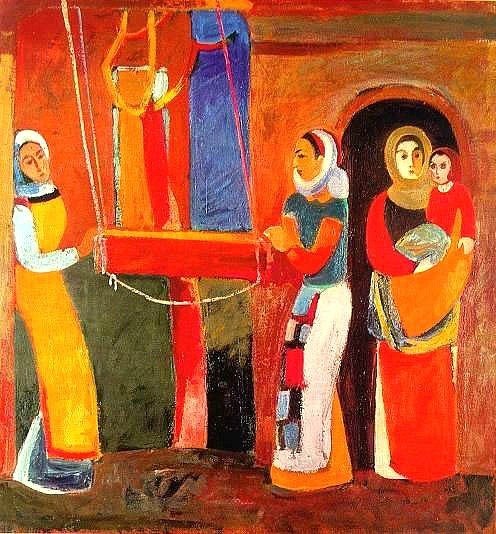 Women with a child 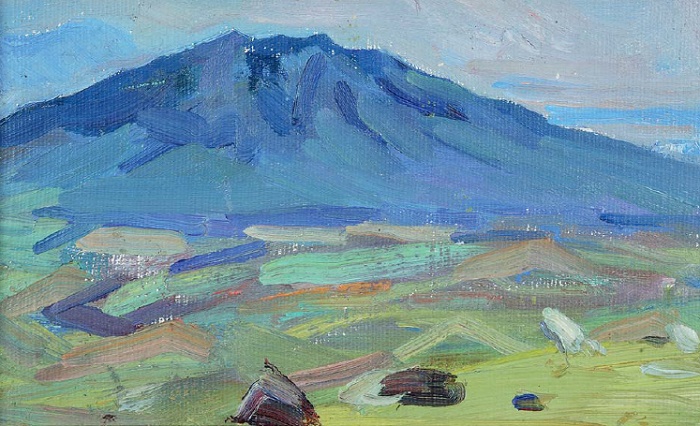