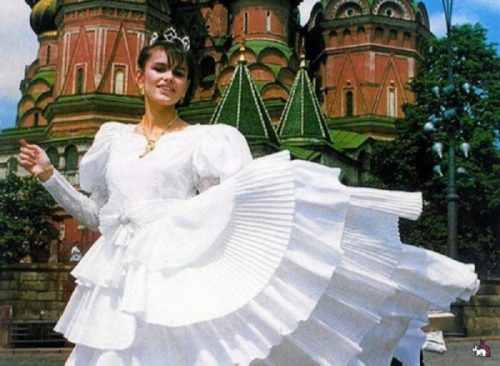 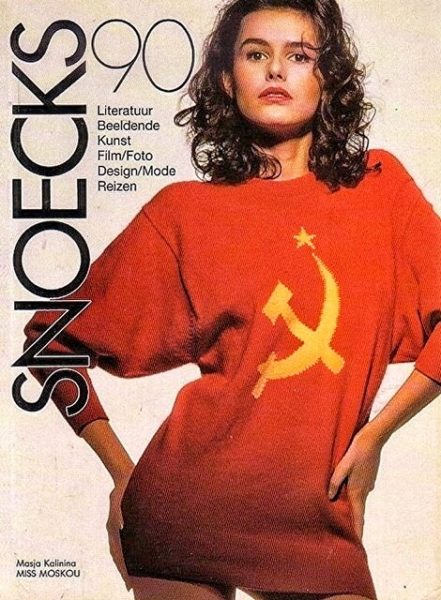 On the cover of the magazine

The British were the first to arrive in 1989. They decided to make an annual calendar “Unipart” with naked Soviet beauties, who will be portrayed in furs and snowdrifts by sleek British women. The photographer came to Moscow with them, and Kalinina was to become the nail of the communist nudity.

Masha was offered to sell the body for 51 million rubles, but the young beauty refused. Kalinina starred only on the cover in a fur coat and a hat, and a similar British model portrayed her naked inside the calendar.

Further it was also difficult. RIA Novosti had to pay for the foreign trips of the winner of the competition. Invitations flowed like a river, but officials pressed the currency, and the family spent the money, investing in the future of Kalinina. 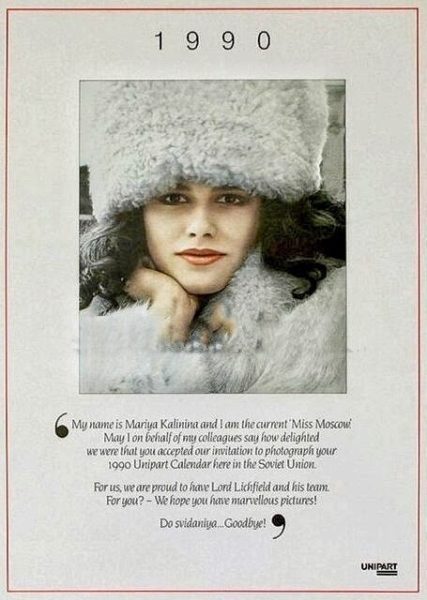 Masha visited London with her father at the presentation of the British frank calendar. Then the family sued the authors. Kalinina went to Belgium to star in the almanac of the year SNOEСKS, her photo in a red T-shirt with a hammer and sickle will decorate the cover. For this, Masha received the fur coat she dreamed of.

The last Soviet duty will be to work as a model at the Belgian motor show, where she poses next to the Zhiguli. And after that, work for the USSR ended. The country was falling apart and Kalinina moved to Italy. She makes her debut in the strange film “Beware, Perestroika!” Playing Olga, the Bulgarian, who became pregnant by an Italian tourist. 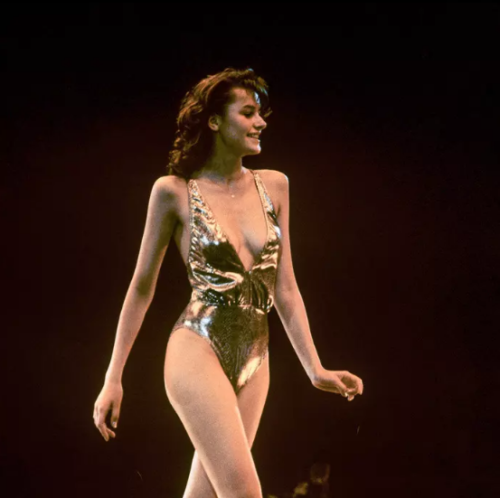 In Italy, Masha earned her first good money and stayed to live there.

While on vacation in the USSR, Masha met on a TV program with the influential American adventurer Paul. Kalinina owes him her future life.

The American settled in Moscow and made money on perestroika, buying up Moscow real estate for a pittance. Paul has connections in the highest circles of the United States, he invites the Kremlin to strengthen the beautiful interstate ties, counting in return for the support of his business.

A couple of years later, this American was shot in Moscow, but he lifted the girl Masha to incredible heights. Masha Kalinina became “Miss Perestroika” and Gorbachev’s goodwill ambassador. 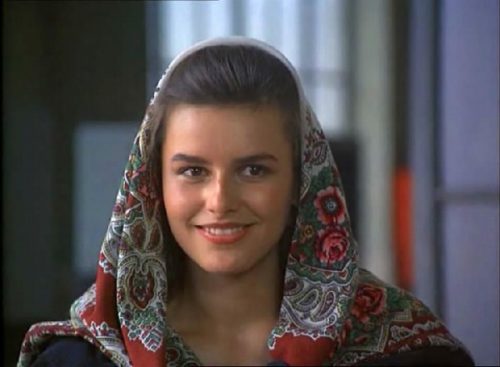 Footage from Beware of restructuring

In the United States, she was rented a house, she met with the Reagans and future President Bush. All the doors of America have opened and Donald Trump himself will turn red with desire, looking at the Russian beauty at receptions in Washington.

Trump is not indifferent to Slavic women since childhood, Donald will offer Kalinin love. And Masha propose to divorce her beautiful wife Melania, also a Slav. They say this is all a joke, but Masha calls Trump a friend.

In general, Masha did not become the mistress or wife of a billionaire, although Arab sheikhs, red oligarchs and other rich people wanted her. But Kalinina is strong and does not choose with her wallet. She earned herself by acting in commercials. 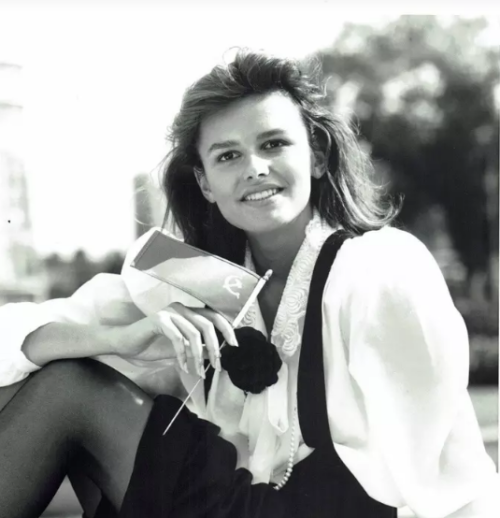 Kalinina graduated from Hollywood acting school and auditioned in films, where she met Hollywood stars.

But the film career, like that of all Russians, did not work out. There are few Slavic roles in Hollywood, a huge emigrant queue lined up for them. Such as Natalia Negoda from “Little Vera”.

Now Kalinina teaches yoga. Husband, a Ukrainian emigrant who moved to the United States, Valery Sigal. Few of us have such a stormy fate. Having kept her chance, having seen everything and everyone, she is happy. Maria found balance in a hectic life. 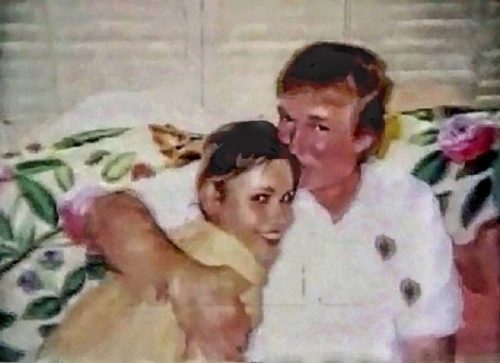 Donald Trump with Masha Kalinina in the USA 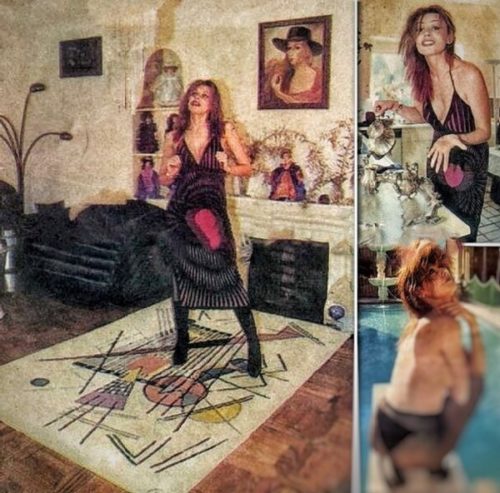 Masha Kalina in the first house in the USA 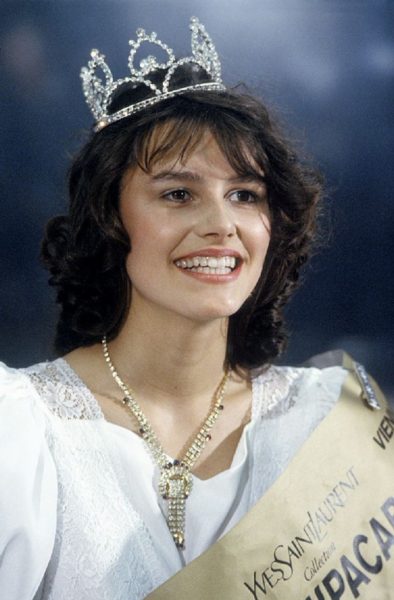 Masha Kalinina at the 1988 beauty pageant 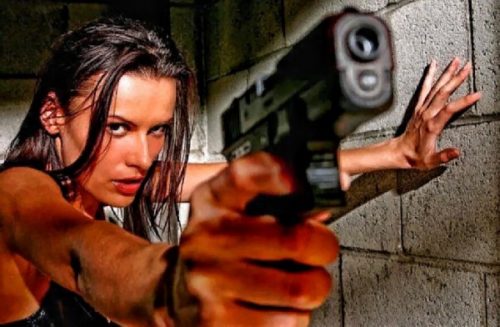 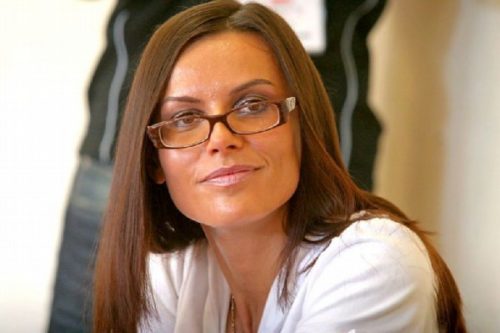 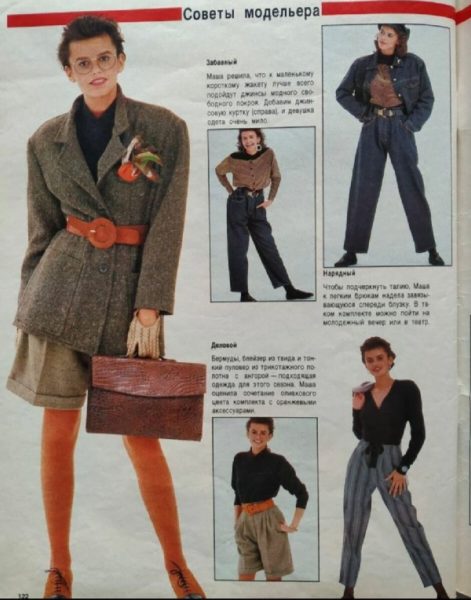 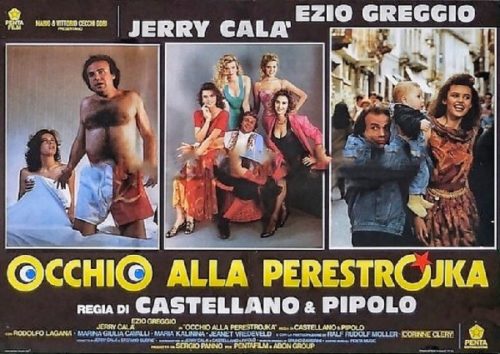 the poster of the Italian film with Kalinina