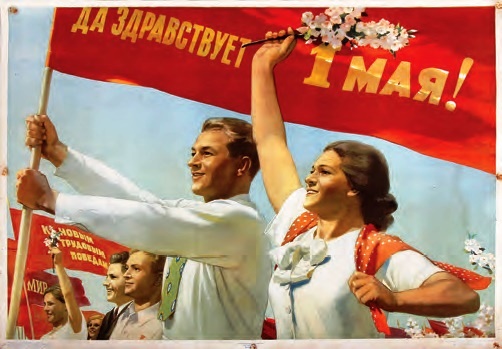 END_OF_DOCUMENT_TOKEN_TO_BE_REPLACED

Soviet graphic artist Viktor Ivanovich Govorkov
Born on November 18, 1906 in Vladivostok, Viktor Ivanovich Govorkov was a bright representative of Soviet Art. Member of the USSR Union of Artists, Honored Artist of the RSFSR (1971). Known, first of all, as the author of numerous propaganda posters on various themes. In particular, foreign and domestic politics, sports, fighting alcoholism and hooliganism. Worked in the field of journal and newspaper cartoons, and book graphics.
Viktor Ivanovich Govorkov studied in Moscow VKhUTEIN from 1926 to 1930. Noteworthy, his teachers were prominent Soviet artists – SV Gerasimov, DS Moor and VA Favorsky. His thesis work was a sketch of a panel for the decoration of Red Square by May 1 (1930). Having started as a painter, Govorkov, however, later worked exclusively in book graphics and a poster.
END_OF_DOCUMENT_TOKEN_TO_BE_REPLACED 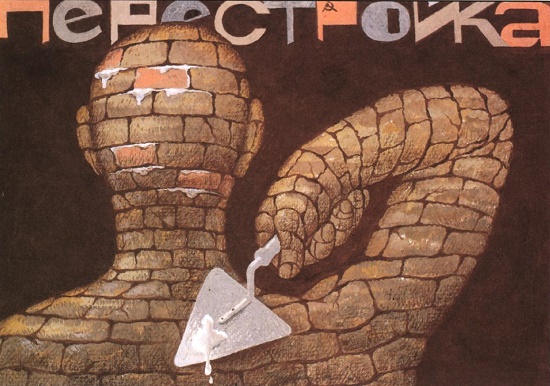 Soviet social poster of Perestroika time
In the period of social change, there is a growing need to create generalized, intelligible and at the same time profound in content symbols. In fact, Perestroika proclaimed a new way of thinking. Accordingly, the content of the posters has changed a lot. Meanwhile, the head of the USSR Mikhail Gorbachev himself introduced a lot of neologisms. In particular, “glasnost”, “acceleration”, “democracy”, and “perestroika” itself. It was these words that appeared on most posters. However, in the majority the form of a poster has remained former. For example, an excess of red color, workers with happy courageous faces, patterns of sickles and hammers. Thus, the posters of the perestroika demonstrate to us a kind of transitional form of visual agitation – from the Soviet to the modern Russian.
However, the ideas of that troubled time are condemned by most modern people now. And the very time of perestroika with its leaders people now consider a time of betrayal and destruction.
END_OF_DOCUMENT_TOKEN_TO_BE_REPLACED 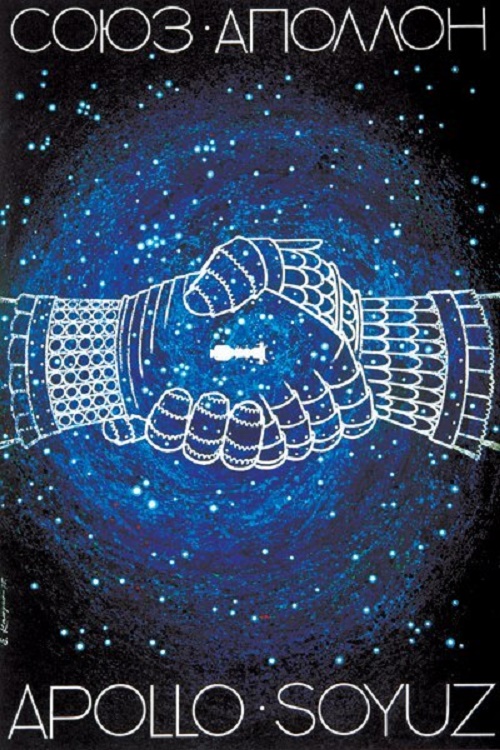 Evgeny Kazhdan – Member of the USSR Union of Artists (1965), member of the USSR Union of Journalists (1971), and Honored Artist of the RSFSR (1977). In addition, he is the owner of numerous awards and gold medals at the international exhibitions of the poster. One of his last award – the highest award of the Soviet Peace Committee – an honorary medal “Fighter for Peace”.
Kazhdan was born in 1922 in the city of Nikolaev. Veteran of the Great Patriotic War of 1941-1945, he fought on the Leningrad, Western, and the 3rd Belorussian fronts. He was awarded several orders and medals, including the Order of “Patriotic War” 1 and 2 degrees, “Red Star”, and 7 medals. In 1946 he was discharged from the army in the rank of captain (in Port Arthur). After that, for 7 years he worked as an artist – designer at the Moscow regional art fund “Mosoblhudozhnik”.
END_OF_DOCUMENT_TOKEN_TO_BE_REPLACED 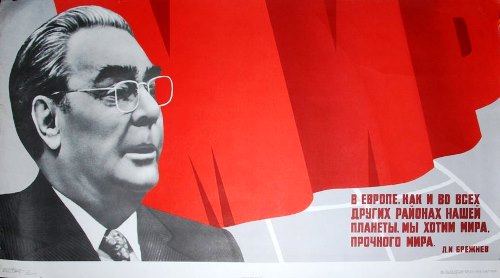 In Europe, as in all other areas of our planet, we want peace, a lasting peace. LI Brezhnev. 1980. Soviet poster artist Mikhail Getman

Soviet poster artist Mikhail Getman
Soviet artist of social and political posters Mikhail Anatolievich Getman was born in Zhitomir in 1947. After high school, he went to Moscow and entered the Moscow State Art Institute named after Surikov. In 1976 he graduated from the institute, workshop of posters. His teachers were Soviet artists N. Ponomarev and M. Savostyuk. While still a student at the institute, Mikhail works at the publishing house “Poster” (1974). At the same period, he began participating in all-Union and republican exhibitions of Soviet Art. In addition to political and social posters, he was involved in creating theater posters (1970-1980-s). However, with the beginning of perestroika, the artist emigrated to the United States (end of 1980s). Posters of Mikhail Getman decorated magazines published in the USSR, for instance, “Youth”, Soviet Artist, Smena, etc., and now they are are available in Moscow in the Russian State Library. His major works include: “International Children’s Day” (1977), “Great Lenin illuminated our path” (1979), “Five-Year Plan effectiveness and quality – the enthusiasm and creativity of the young” (1979), and some more.
END_OF_DOCUMENT_TOKEN_TO_BE_REPLACED 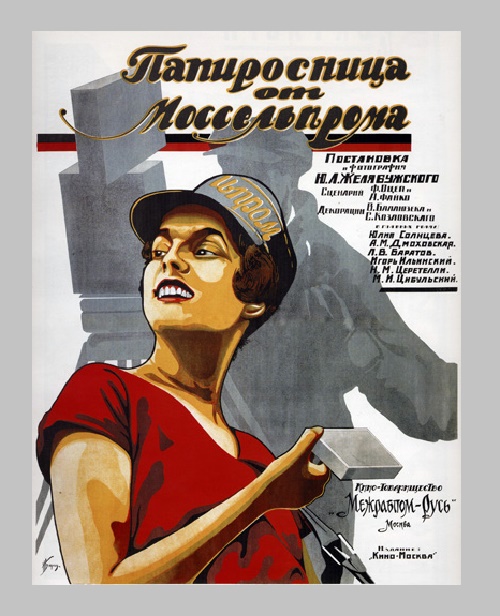 Soviet poster artist Izrail Bograd (1899 – 1938) – graphic artist, designer, poster artist, member of the USSR Union of Artists. Over the short term, the creative artist I. D. Bograd made a significant contribution to the formation of the art of advertising and design in the USSR, he has laid the foundation for their further development. Performed commercial advertising, movie posters and brochures to the movies. In 1920 – 1930-ies he was one of the leading masters of cinema advertising, working for joint-stock companies “Mezhrabpom-Rus” and “Mezhrabpomfilm”. Bograd graduated from art school in Rostov-on-Don, and had incomplete higher professional education. He participated in exhibitions since 1925. Last poster of Bograd dates back to 1938. He was arrested on February 22, 1938, incriminated spying for Japan. By the decision of the People’s Commissariat of the Commission’s Internal Affairs (NKVD) and the USSR Prosecutor’s Office on May 25, 1938 sentenced to death. The judgment given in pursuance of June 7 of the same year. Buried at Butovo.
END_OF_DOCUMENT_TOKEN_TO_BE_REPLACED 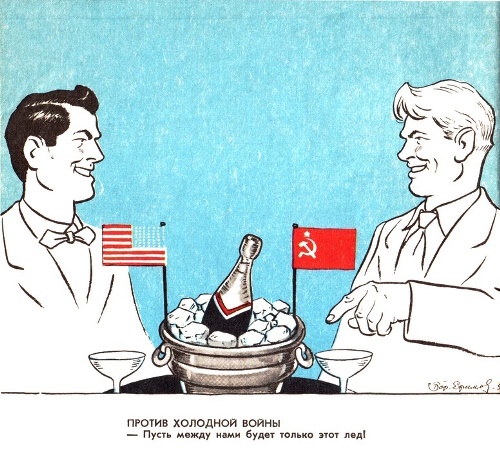 Soviet political cartoonist Boris Yefimov (28 September 1900 – October 1, 2008) – People’s Artist of the USSR (1967), Hero of Socialist Labor (1990), laureate of the State Prize (1950, 1951). Boris Yefimov was always an interesting personality. World-renowned cartoonist, who was friends with Mayakovsky and Trotsky, saw Nicholas II, had talks with Stalin, and was Hitler’s personal enemy. Boris Yefimov, having all imaginable awards and titles, created during his long life (108 years), more than 40 thousand cartoons. Along with Deni, D.S.Moor, L.G.Brodaty, MM Cheremnykh, and Kukryniksy he has created a unique phenomenon in world culture – “positive satire”. September 28, 2007, on his 107th birthday, he was appointed chief artist of the newspaper “Izvestia”, and at the age of 107 continued work. He wrote his memoirs and drew caricatures, took an active part in public life, speaking at all sorts of memorabilia and commemorative meetings, parties and other events. Boris Efimov died on October 1st, 2008 in Moscow at the 109-year of life and was buried in the Novodevichy cemetery columbarium.
END_OF_DOCUMENT_TOKEN_TO_BE_REPLACED