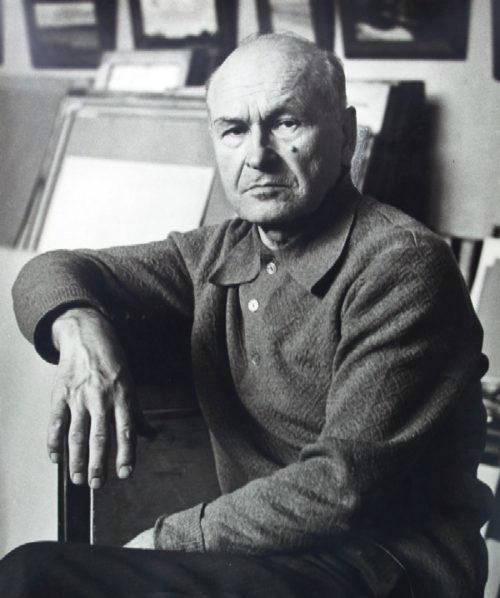 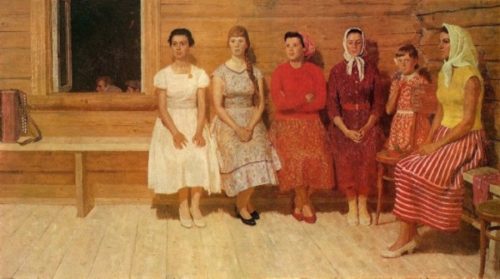 Yuri Petrovich Kugach is one of the patriarchs of the Russian painting school. In 1948 1951 he taught at the Moscow State Art Institute. V. I. Surikov, in 1950 he became an assistant professor at the institute. 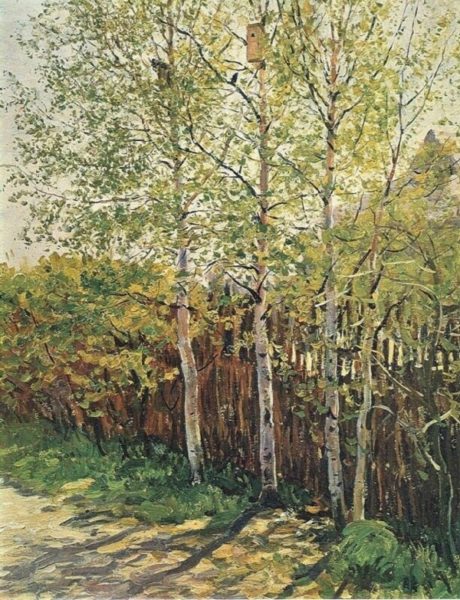 Anniversary of the artist

On March 21, People’s Artist of the USSR, full member of the Academy of Arts of Russia, Honorary Citizen of the Vyshnevolotsk District, Yuri Petrovich Kugach, celebrated his 90th birthday. He received congratulations at the Academic Dacha of Artists named after I.E. Repin. Relatives, friends and colleagues of the artist, representatives of the authorities and the clergy gathered here on this day with words of gratitude and respect to the Master for his talent, diligence, creativity, and devotion to the traditions of the Russian realistic school of painting. 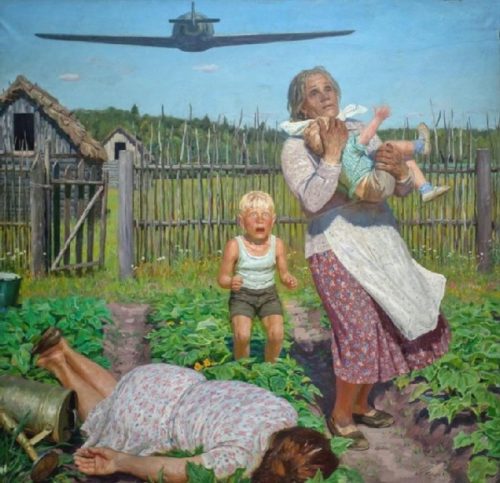 The hero of the day received a congratulatory telegram from the President of Russia V.V. Putin: “Dear Yury Petrovich! Congratulations on your 90th birthday! Your work is rightfully recognized as the property of national and world culture, and you are the custodian of the traditions of the national school of painting. A real Master, infinitely devoted to his work, high artistic principles and ideals, you feel equally free in different genres. The canvases created by you amaze with depth and expressiveness… Good luck to you, inspiration and all the best.”

With the warmest words he turned to Yu.P. Aleksey Pantyushkin, head of the Vyshnevolotsk region, wished our respected countryman many more birthdays and, of course, inspiration in his work. This date is outstanding in itself a man lived in the world for 90 years. 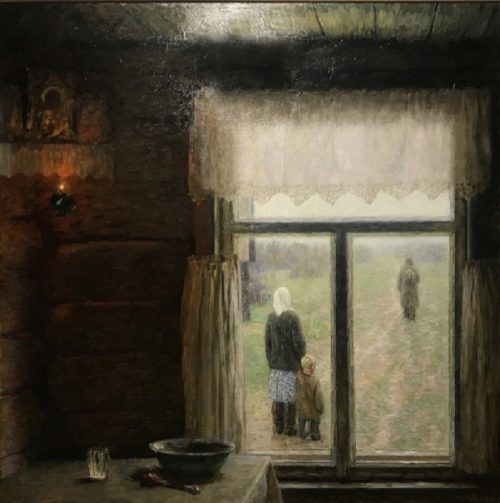 Mother with child accompanies her husband

At the same time, an equally remarkable fact is how he feels at such a venerable age, how he lives, what he does. “Now I am painting landscapes,” said Yuri Petrovich, inviting him into the spacious room of his village house in Maly Gorodok. Genre paintings, they require a lot of physical strength. But I can’t not write my whole life consists in this. I have always painted landscapes, because nature is a gift that ennobles us.

Until now, every day, Yuri Petrovich sits down in front of the canvas and continues the path that began in early childhood. How many wonderful paintings were born during his long creative century, perhaps, can not be counted. And in each is a piece of the soul of a person who selflessly loves his Motherland, its amazing nature, wonderful people. 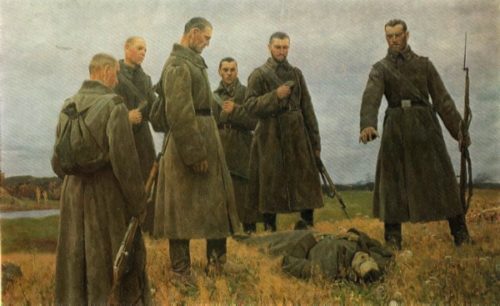 “Fatherland,” Yuri Petrovich clarified. I once called my painting: “For the Fatherland”. Homeland is a deep, spiritual concept. These are our ancestors…”. In his work Yu.P. Kugach addressed a wide variety of topics. But perhaps the most beloved and dear to us were those of his works, which depict Vyshnevolotsk peasants. All of them are written from nature. 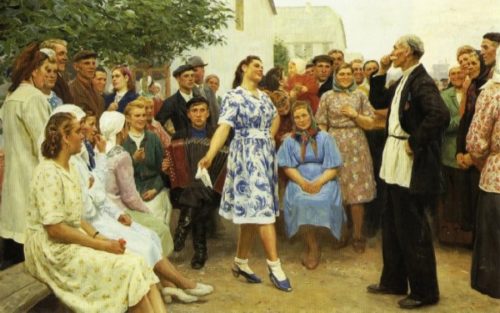 For the paintings “Before the Dances”, “On Saturday”, “Wedding”, “Selkor”, the artist was awarded the State Prize of the RSFSR named after I.E. Repin. Paintings by Yu.P. Kugach still attract attention. This summer, three of his canvases “From the Recent Past”, “On the Roads of War” and “The Kiss of Judas” will take pride of place in the exposition dedicated to the 250th anniversary of the Russian Academy of Arts.

Landscapes of another famous Kugach, the son of our hero, Mikhail Yuryevich, will also be presented there. Yury Petrovich’s wife, Olga Grigoryevna, carried her love for painting through her life, then her son, Mikhail, and now her grandchildren, Ekaterina and Ivan. That is, a whole dynasty of remarkable Russian artists of the realistic school was formed. Life goes on in children, students, in the paintings of the Master … 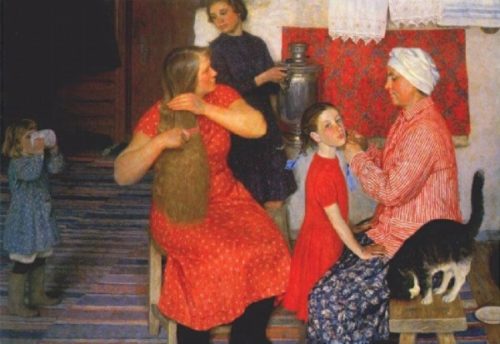 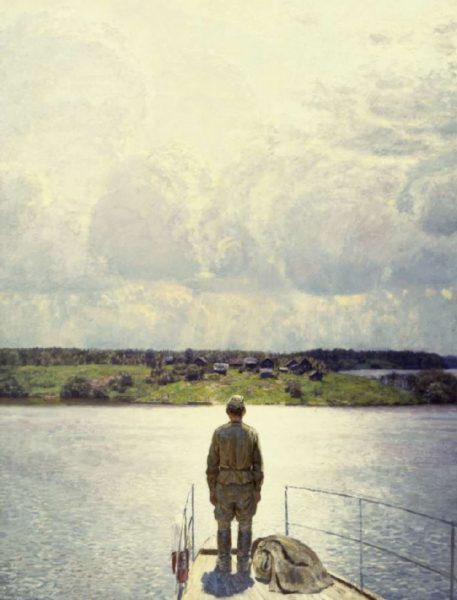 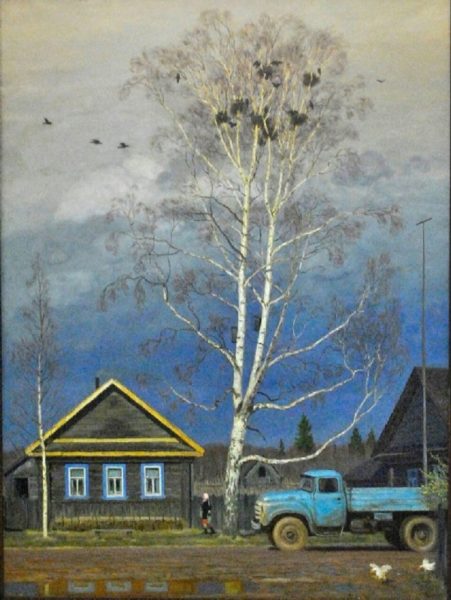 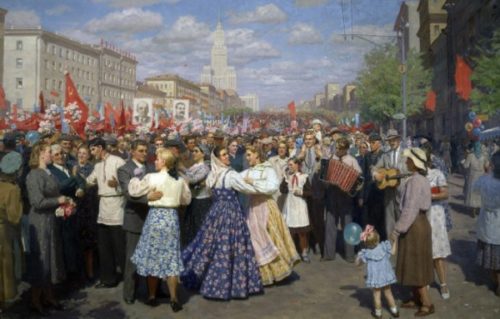