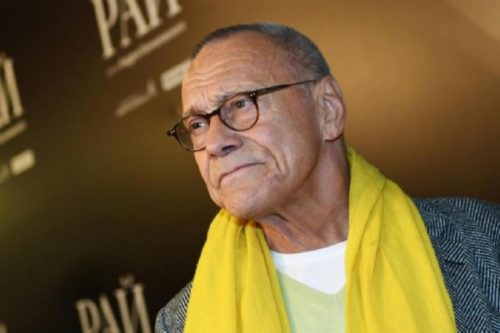 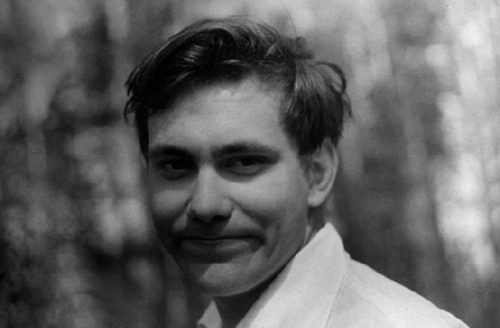 Andrei Konchalovsky in his youth

Andrey Konchalovsky. From musician to director

Andrei Konchalovsky was born on August 20, 1937 in Moscow. His father Sergei Mikhalkov was a writer and co-author of the anthem of the Russian Federation, and his mother Natalya Konchalovskaya was a children’s writer and translator. After 12 years, Konchalovsky had a brother the future director Nikita Mikhalkov.

The childhood of Andrei Konchalovsky was spent in the Mikhalkov family “estate” on Nikolina Gora, in the near Moscow region. Konchalovsky did a lot of music. In 1952, he graduated from the Central Music School in piano and entered the music school at the Moscow Conservatory, and in 1957, the conservatory itself. However, later Andrei Konchalovsky decided that he wanted to make films. And he entered the directing department at VGIK, in the workshop of Mikhail Romm. 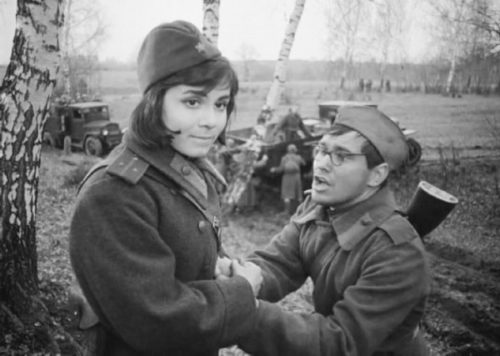 Films based on Russian classics and Soviet life

During his studies, Konchalovsky filmed the short film The Boy and the Dove. She received the top prize in the debut competition at the Venice Film Festival for Children and Youth in 1962. He also played episodic roles in the films “The Court of Madmen”, “I’m Twenty Years Old” and “Ivan’s Childhood”. Konchalovsky and Andrei Tarkovsky also wrote a script for this picture. Then they worked together on the script for the film “Andrei Rublev”.

In 1965, the director graduated from VGIK and shot his debut feature film, The First Teacher, in Kyrgyzstan. This is a story about how, after the Civil War, a former Red Army soldier, teacher Duishen, came to a distant village on a Komsomol ticket. He fanatically tried to change the life of the people for the better, but he ran into centuries-old foundations and Eastern traditions. The role of the main character Altynai was played by Natalia Arinbasarova, who later became the director’s wife. 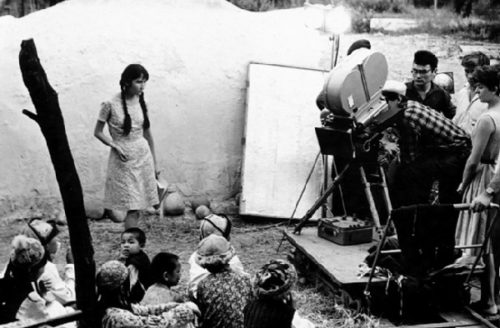 Then Konchalovsky filmed “The Story of Asya Klyachina, who loved, but did not marry.”

He invited Iya Savvina to the main role. Also, Lyubov Sokolova and Alexander Surin played in the film, and the rest of the roles were played by residents of the village of Kadnitsy, Gorky Region, where the shooting took place. Also in the picture there are documentary shots stories of villagers about life at the front and in the camps of the Gulag. In 1966, the tape was not allowed to be released to the public. She appeared on the screens only in 1988 and brought Konchalovsky the Nika Prize. 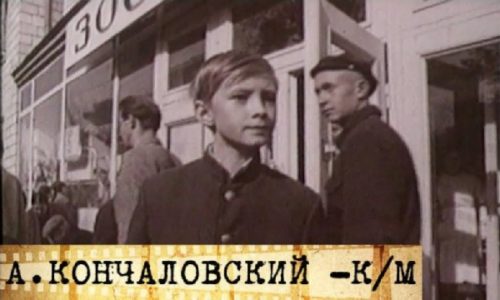 In 1974, Konchalovsky’s musical film “Romance of Lovers” was released. This is a story about how a girl did not wait for a sailor from the army, as he was declared dead. The picture was watched by 40 million viewers, and at the festival in Karlovy Vary it was awarded the Grand Prix. And in the four-episode film Siberiada, Konchalovsky depicted life in Siberia from the beginning of the 20th century to the 1960s. The tape in 1979 received the Grand Prix at the Cannes Film Festival. Thanks to these works, the director became famous abroad, and in 1980 he received the title of People’s Artist of the RSFSR. 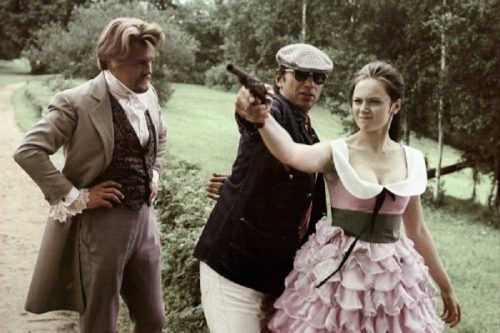 Working in Hollywood and returning home

Before leaving, he took his mother’s surname. In the USA, Konchalovsky directed the drama Beloved Mary based on Andrei Platonov, the adventure film Runaway Train and the blockbuster Tango and Cash starring Sylvester Stallone and Kurt Russell. These paintings later became world classics.

In 1991, the director made a film-reflection on the nature of Stalinism, The Inner Circle. He talks about the fate of Ivan Sanshin projectionist Joseph Stalin. His neighbor’s parents were repressed, and his wife became the lover of Lavrenty Beria, Stalin’s deputy. But despite this, Sanshin remained devoted to the totalitarian regime and the leader personally.

And in 1994, the Ryaba Hen was released a grotesque continuation of the story about Asya Klyachina 25 years later in post-communist Russia. Iya Savvina refused to play in the film, as she considered the script offensive to the Russian people. Therefore, the role of Asya was played by Inna Churikova. 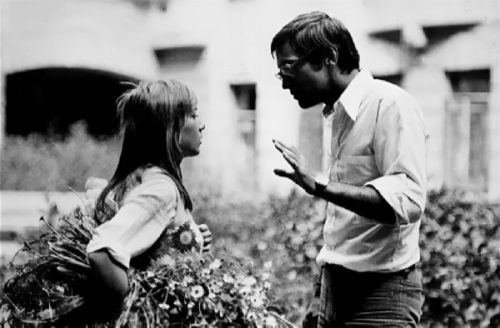 Andrei Konchalovsky was married five times. His first wife was the ballerina Irina Kandat. They married in 1955 when the director was 18 years old. However, two years later, Candat filed for divorce. The second time Konchalovsky married in 1965 to actress Natalia Arinbasarova. They had a son, Yegor, who later also became a film director. However, in 1969 the couple divorced, and the French orientalist Vivian Godet became Konchalovsky’s third wife. They had a daughter, Alexandra. However, when in 1980 the director was invited to work in Hollywood, the couple divorced. Before leaving, Konchalovsky also met with actress Irina Brazgovka for several months. They had a daughter, Daria. 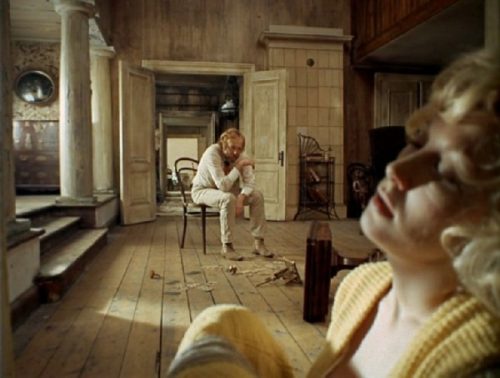 After 10 years, the director returned to his homeland. In 1990, television announcer Irina Martynova became Konchalovsky’s fourth wife. A year later, a daughter, Natalya, was born, and two years later, Elena. However, in 1997 the union broke up. Natalya Martynova also graduated from VGIK and starred in several short films.

Konchalovsky met his main muse, Yulia Vysotskaya, in 1996 at the Kinotavr festival. They got married two years later. In 1999, a daughter, Maria, was born, and four years later, a son, Peter. The director also has 10 grandchildren. 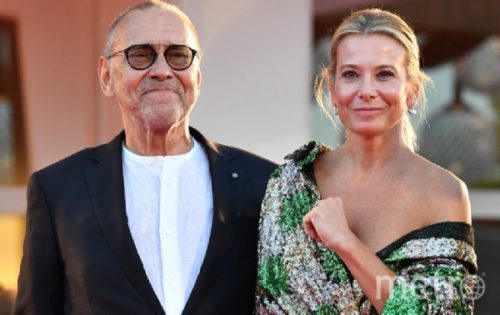 In 2003, the director founded the Andrei Konchalovsky Production Center. He creates programs for the NTV, Rossiya, Kultura and Zvezda TV channels, produces theatrical performances and publishes books. One of the most popular TV programs is the author’s culinary show “We Eat at Home!” on the NTV channel with Vysotskaya as the host. It has been airing on Sunday mornings since September 2003.

In 2010, Konchalovsky became a member of the Public Chamber of the Russian Federation, and three years later the president of the Nika Film Academy. Since 2017, he has been the head of the Memorial Museum-Workshop. Peter Konchalovsky. Also in November 2018, Andrei Konchalovsky joined the Presidential Council for Culture and Art. 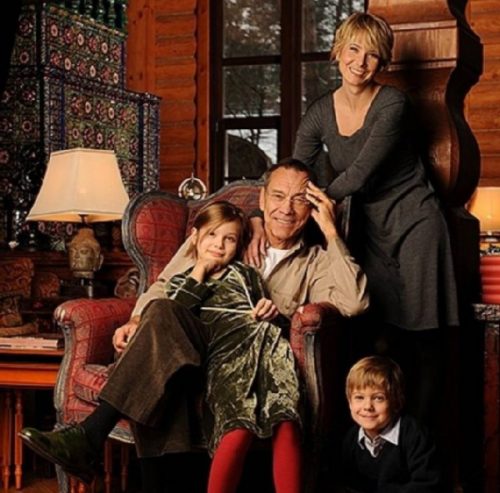 Andrei Konchalovsky with his wife and children 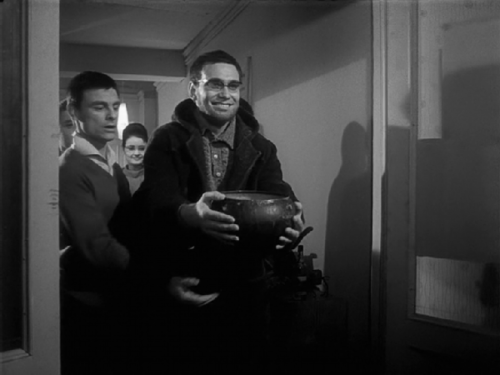 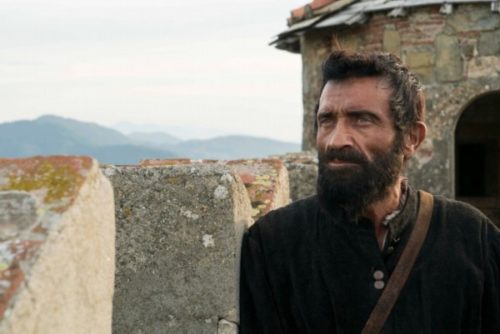