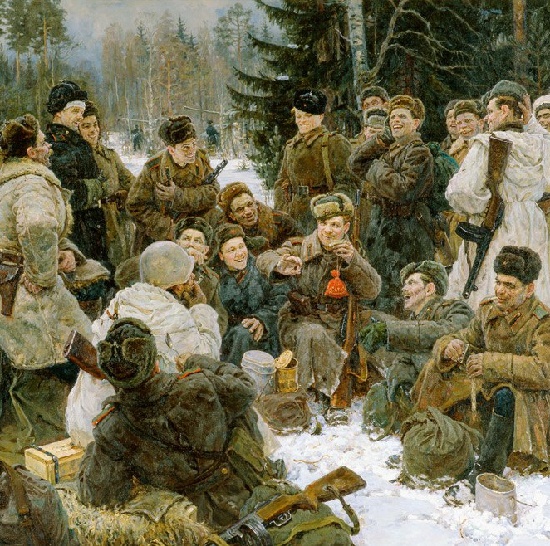 Soviet artist Yuri Mikhailovich Neprintsev
His most famous work is the painting “Rest after the battle,” for which he was awarded the Stalin Prize of the first degree in 1952. After the war began, the artist volunteered for the front, served in the fighter battalion and active units of the Red Banner Baltic Fleet, and participated in the defense of Leningrad. Therefore, the picture reflects his personal observations and experiences. In addition, the famous poem by A. Tvardovsky “Vasily Turkin” influenced Neprintsev. Meanwhile, Soviet authorities presented the original of the painting “Rest after the battle” to the head of the People’s Republic of China Mao Zedong. And one of the versions, also created by Neprintsev, is in the Tretyakov Gallery.
Soviet painter, graphic artist, teacher, professor, Academician of the Academy of Arts of the USSR, People’s Artist of the USSR, Yuri Mikhailovich Neprintsev was a laureate of the Stalin Prize of the first degree.
In the post-war years, Yuri Neprintsev created a series of paintings dedicated to the heroic struggle of the Soviet people against fascist Germany: The Last Grenade (1948), Liza Chaikina (1949), Rest after the Battle (1951), and The Story of the Father (1955). 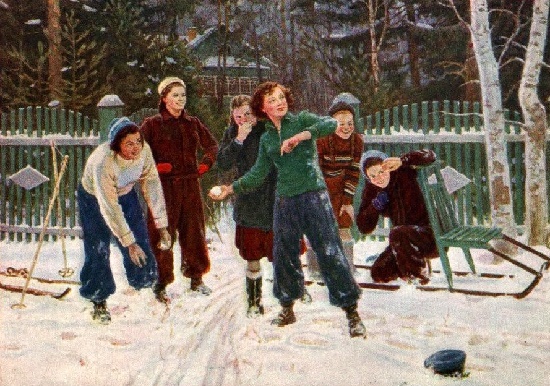 We have won. Painting by Soviet artist Yuri Mikhailovich Neprintsev (1909-1996)

The school in which from 1921 to 1925 the future artist studied, was unusual. It had a drama club, and it had its own publishing house, which produced manuscript “books” in a single copy. Besides, took place literary debates, for example, “On Pushkin and Mayakovsky.” Considered the “main artist” of the school drama club, Yu. Neprintsev participated in all kinds of “extra-curricular” work – he made scenery for performances, drew cartoons and class wall newspapers. Once, one of their stage performances “Noble’s Nest” – even visited the People’s Commissar of Education, AV Lunacharsky with his wife.

In his childhood, his passion for drawing led him to the studio of the artist B. Fogel in the Tbilisi House of the Red Army. In fact, Neprintsev began participating in exhibitions of Soviet art while still a student, since 1928. In the 1926-30 he attended the studio of Academician VE Savinsky in Leningrad. Then, studied at the painting department of the Leningrad Institute of Painting, Sculpture and Architecture, workshops of P.S. Naumov, A. Lyubimov, and V.Serov (1934-1938). He graduated from the institute, I. Brodsky’s workshop, the diploma painting – “A. Pushkin in the village of Mikhailovskoye”. However, he decided to continue his education at the graduate school of the Institute of Painting, Sculpture and Architecture, under the direction of RR Frenz and B.V. Ioganson.

One of his first thematic paintings, “Conclusion of a contract for socialist competition” (1939), he created directly from nature in the shops of the Kirov plant, without preliminary studies. Thus he tried to convey a living, direct impression of the event, as if accidentally seen in life.
Already in 1940 he became a member of the Leningrad branch of the Union of Soviet Artists. And at the beginning of the Great Patriotic War, he volunteered for the front.

Neprintsev worked extensively in the technique of lithography and book graphics. He created a famous series “We came to defend Leningrad” (1948), illustrations for the novel by V. Hugo “The Workers of the Sea” (1950), “Stories of the Sea” by K. M. Stanyukovich (1951) and others.

Among the students of Yuri Neprintsev are the artists LA Rusov, E. V. Kozlov, I. M. Varichev, E. M. Kostenko, M. A. Kaneev, A. Pushnin, Yu. S. Ershov and other well-known painters. 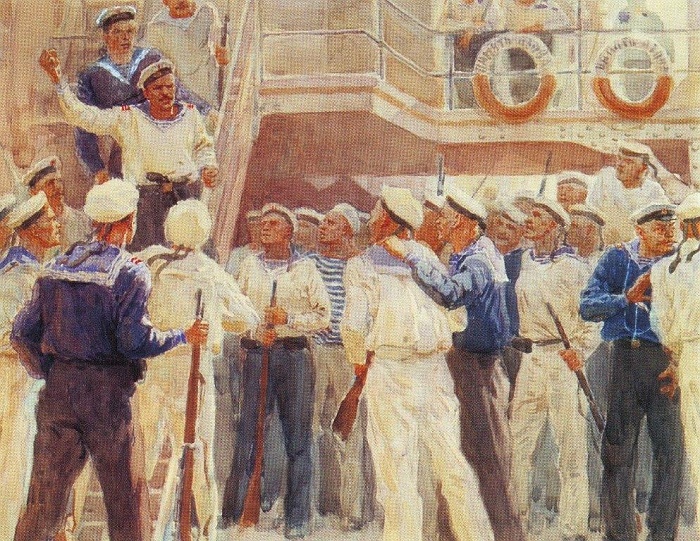 A rally of insurgent sailors on the cruiser ‘Memory of Azov’ 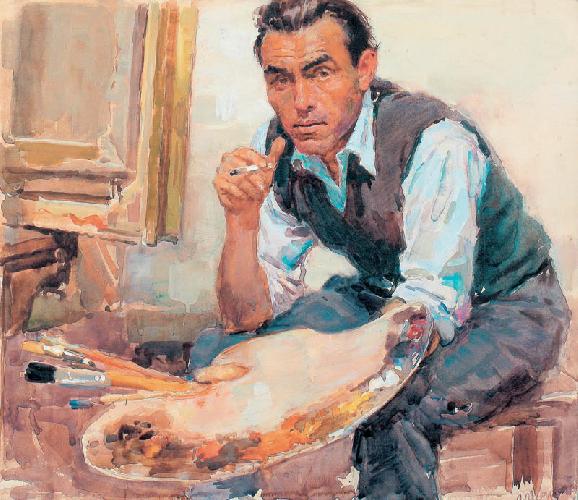 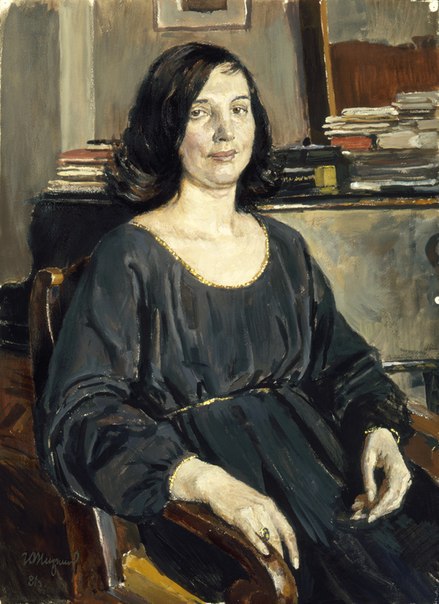 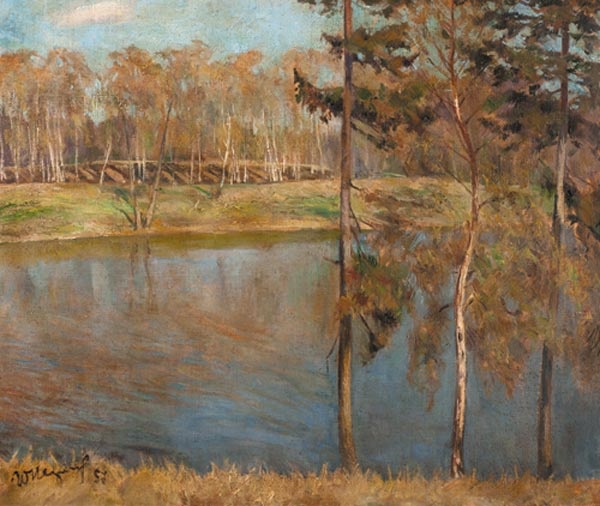 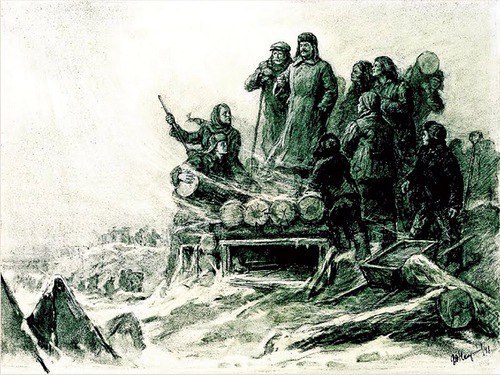 Comrade Stalin on the construction of defensive lines near Moscow, 1948 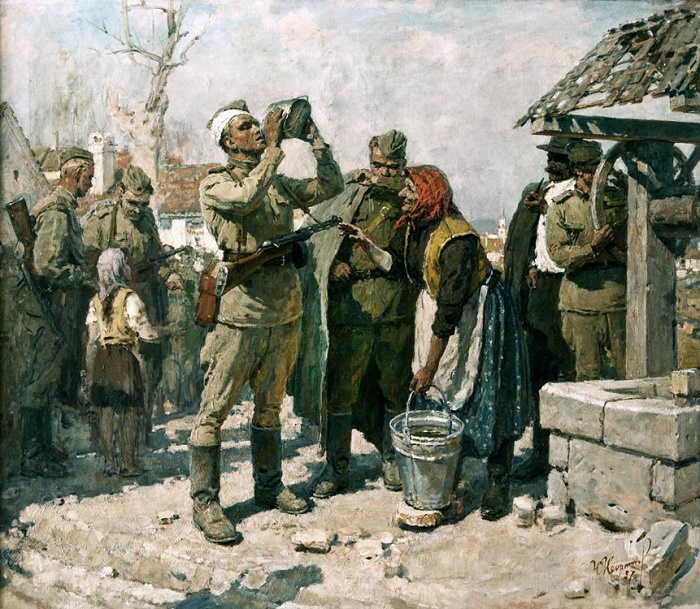 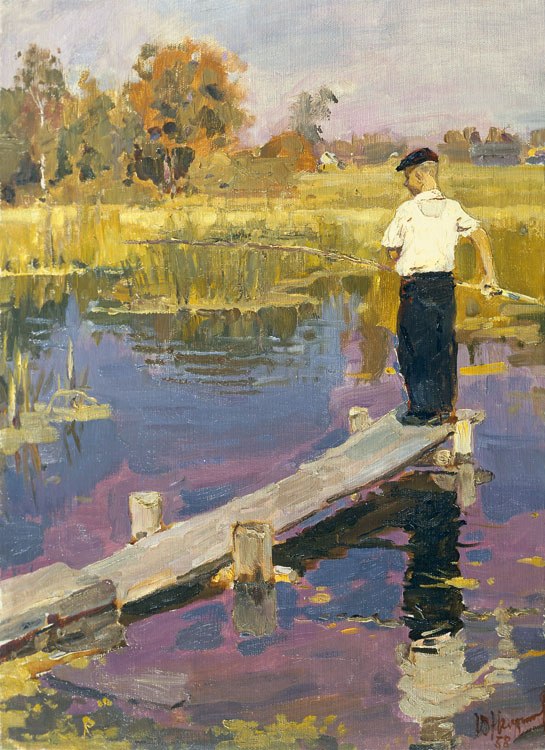 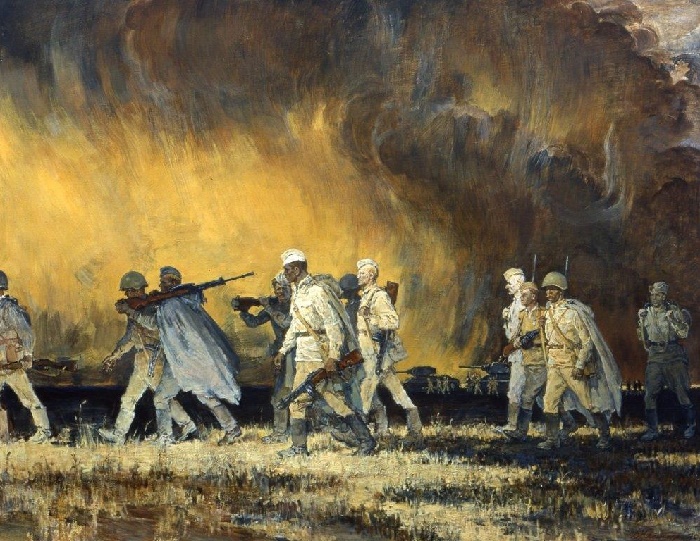 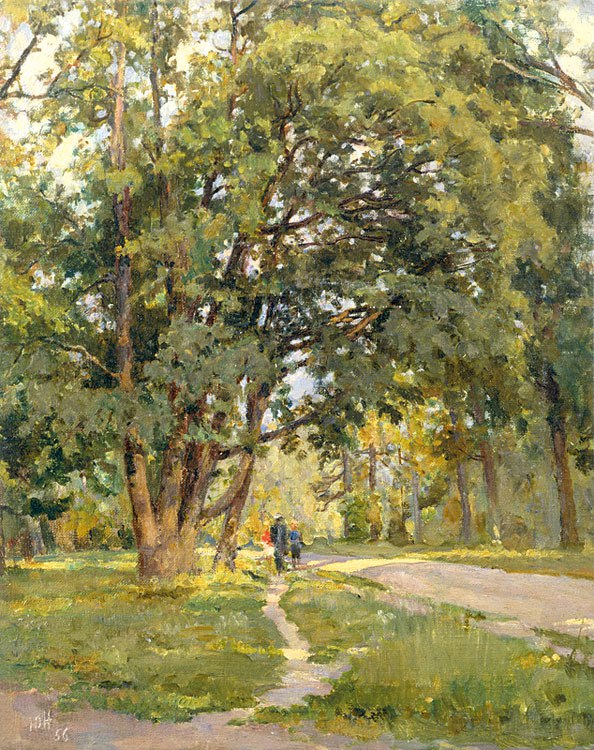 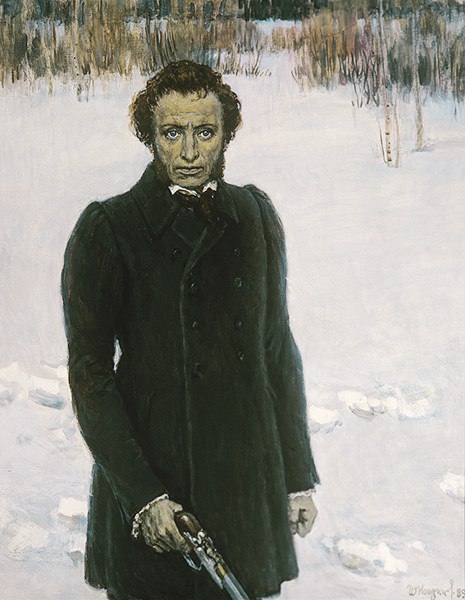 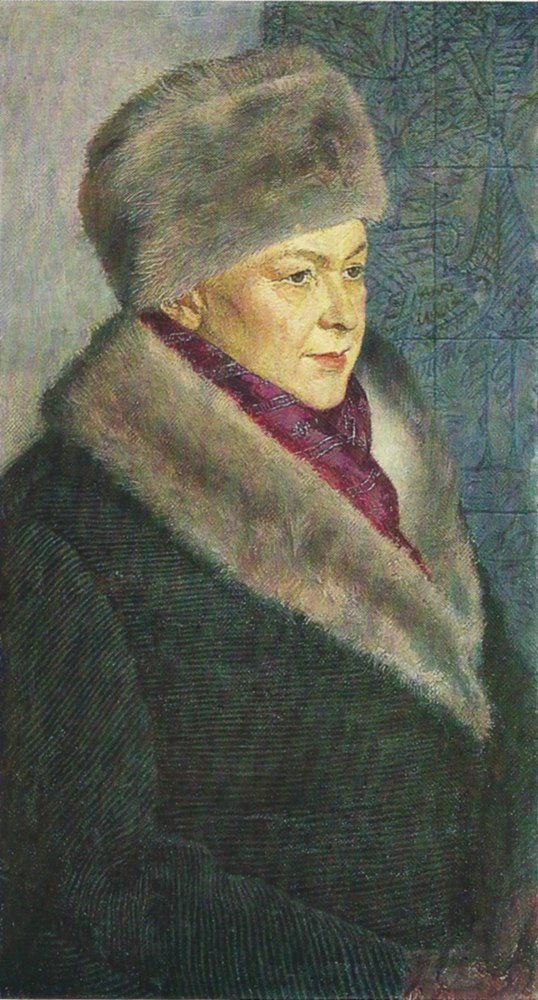 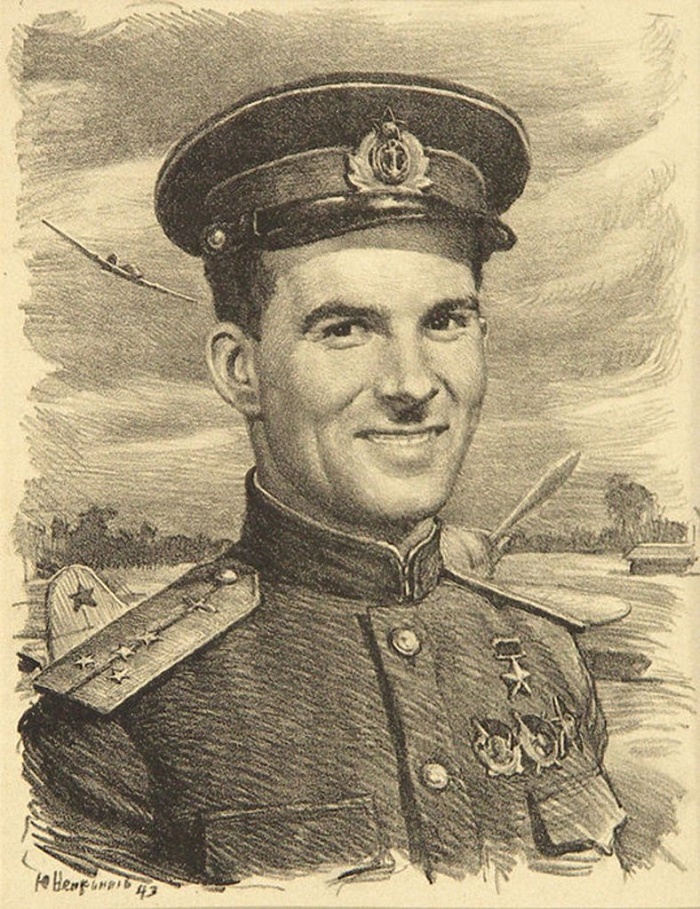 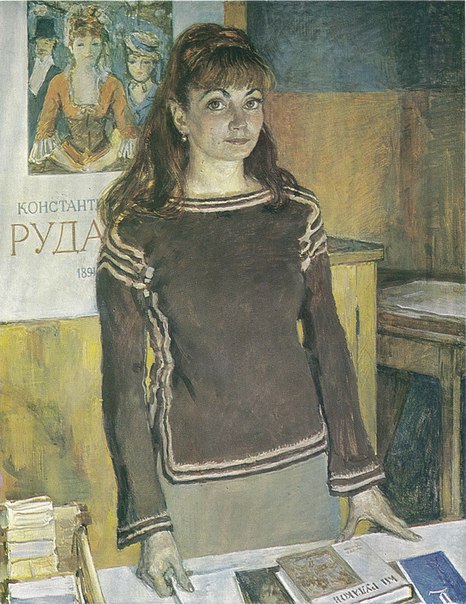 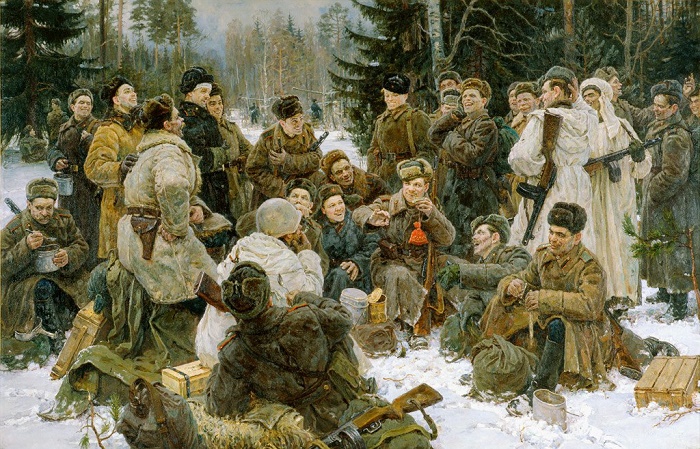 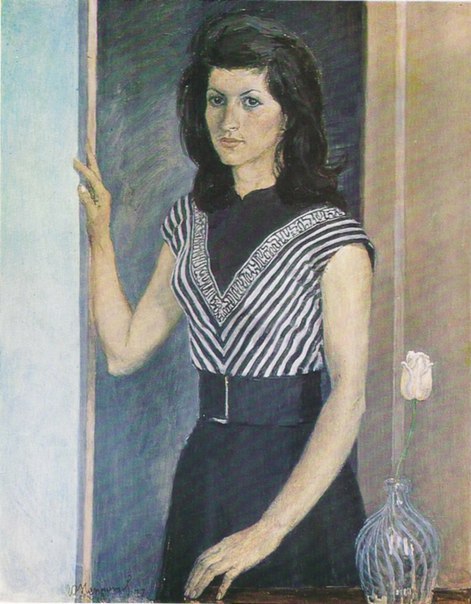 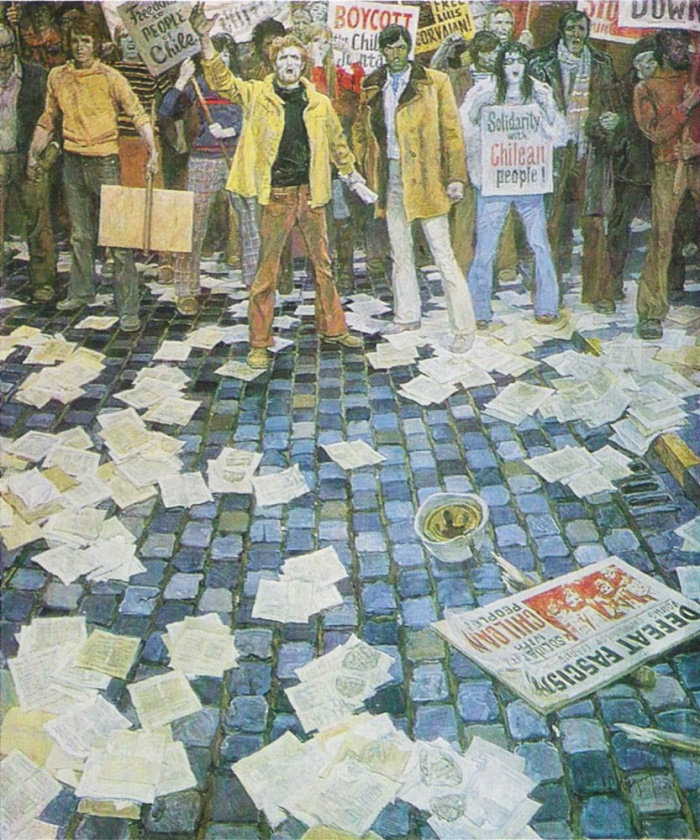 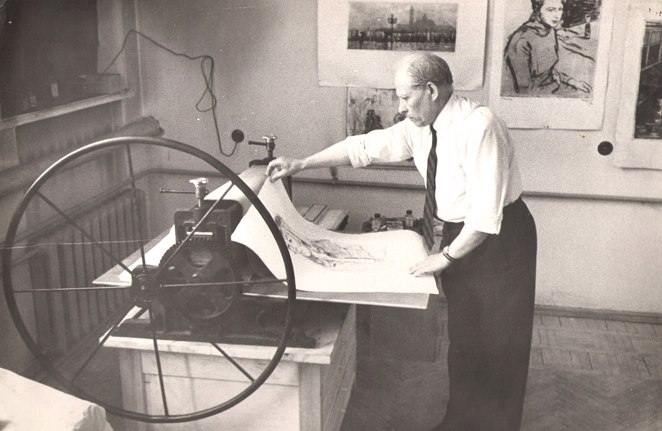 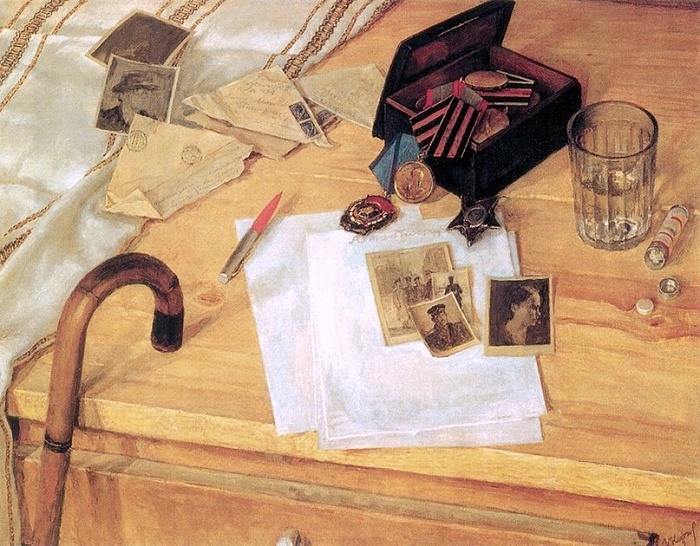 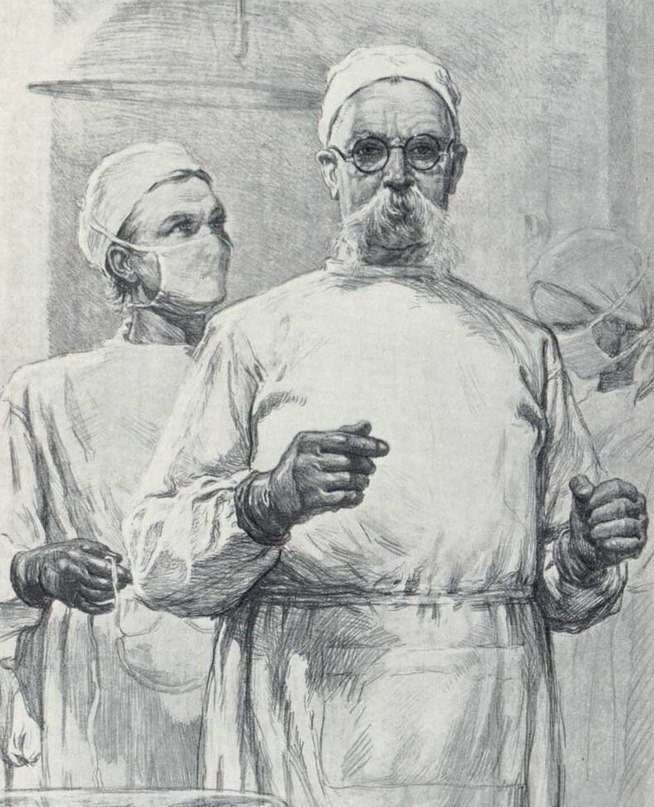 Surgeon I.P. Vinogradov before the operation, 1949 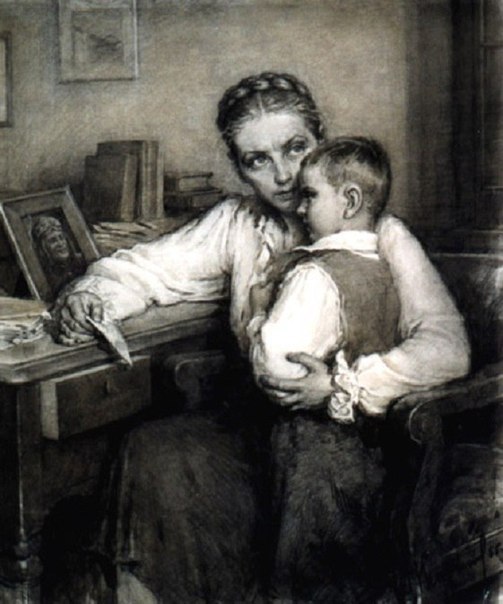 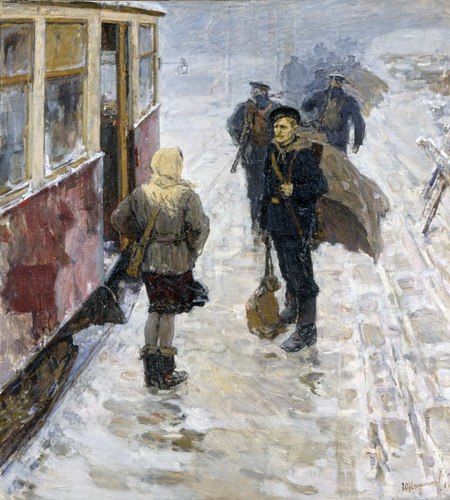 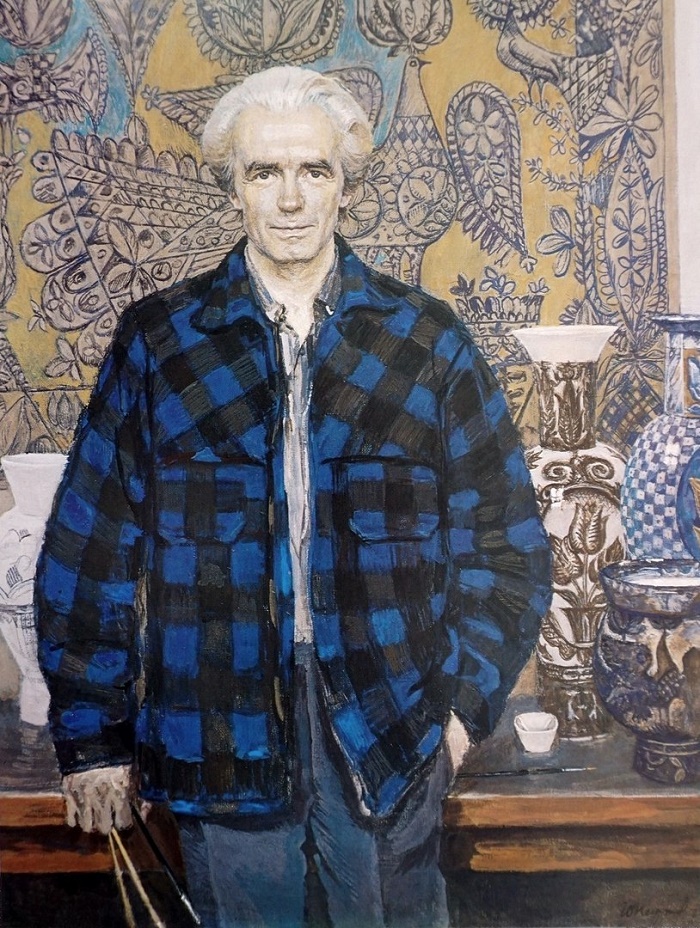 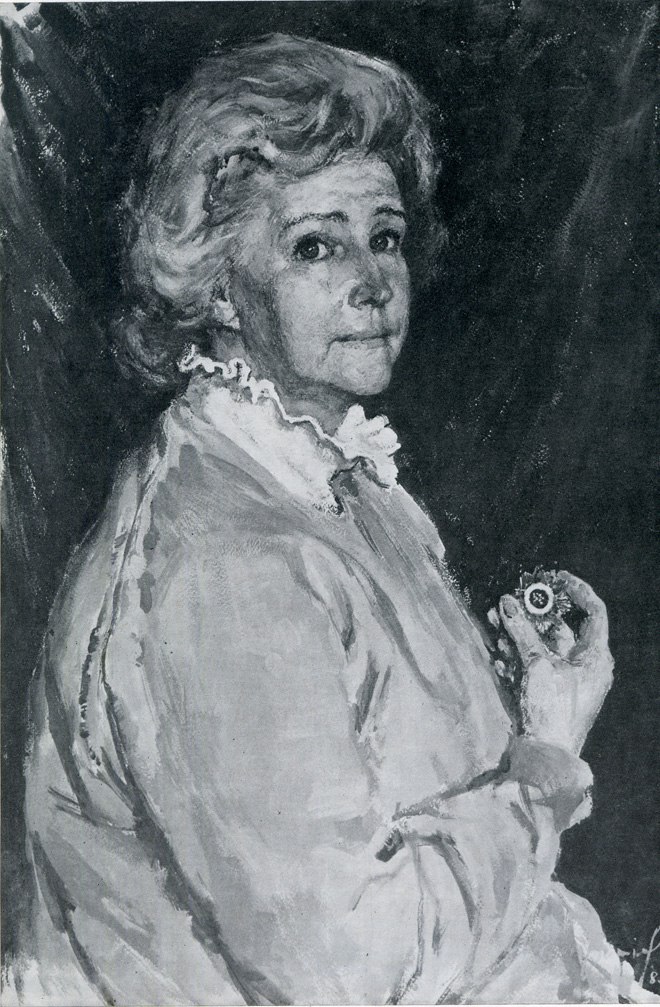 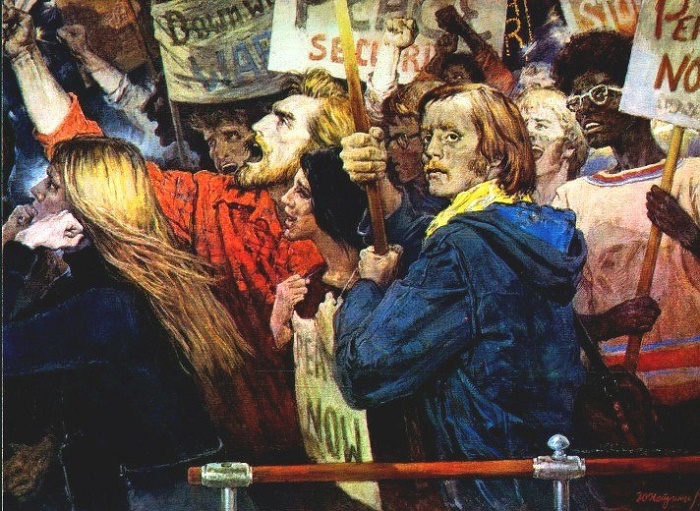 Portrait of geologist I. Kiseleva. 1970. Autolithograph 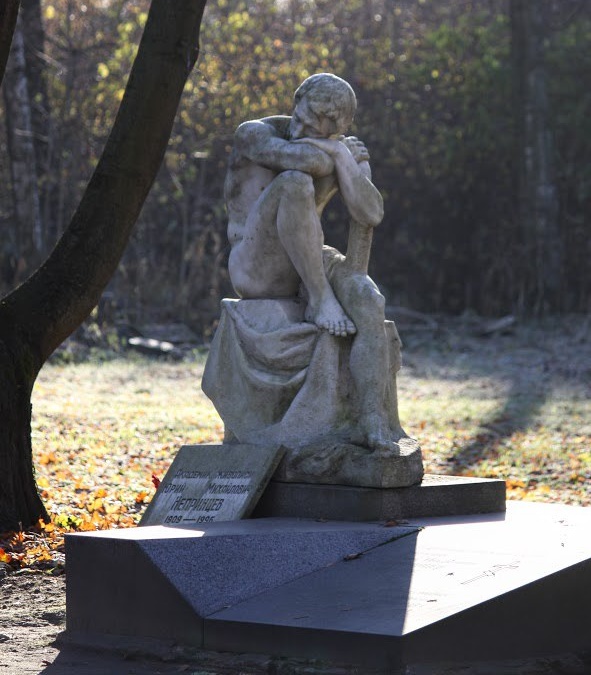