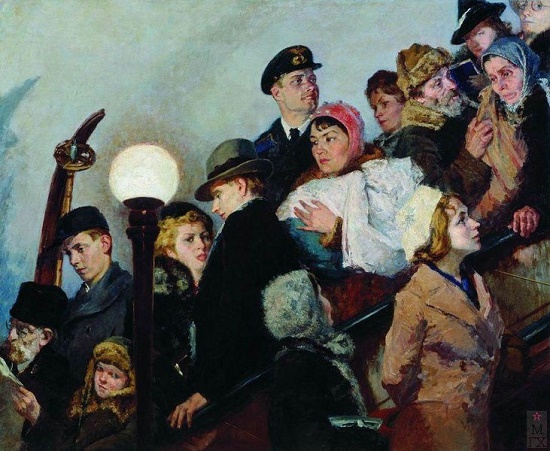 Born in 1889, Grigory Mikhailovich Shegal is a talented Soviet painter, the author of paintings on the historical-revolutionary and everyday themes. The wonderful landscape painter, Grigory Mikhailovich Shegal was a man of broad artistic interests, high culture and an active life position. However, the path to professional activity was long and difficult for Shegal. Reading the biography of the master, you involuntarily marvel at his diligence, perseverance and purposefulness.
Born in the provincial city of Kozelsk, the future artist lost his father very early. So, talented and versatile gifted self-taught – he had to earn his own bread from childhood. The only rejoicing for him was reading. It awoke in him an unconscious desire to transfer to fragments of paper images born in the soul, inspired by books and impressions of the surrounding world.
A conscious desire to become an artist appeared a little later when he worked as an apprentice in the engraving workshop in Smolensk. Spending all his meager earnings for classes with a tutor, Shegal for three years prepared for passing the external examinations for the certificate of maturity and successfully withstood them. Next, he moved to St. Petersburg, where in 1912 he entered the Drawing School of the Society for the Encouragement of Arts. Here he studied in the workshops of such prominent Soviet masters as Nikolay Rerikh and Arkady Rylov. In 1917-1918, Shegal spent a short time at the Academy of Arts, workshops of G. Zaleman and I. Bilibin and completed his professional education in 1925, being a mature man. 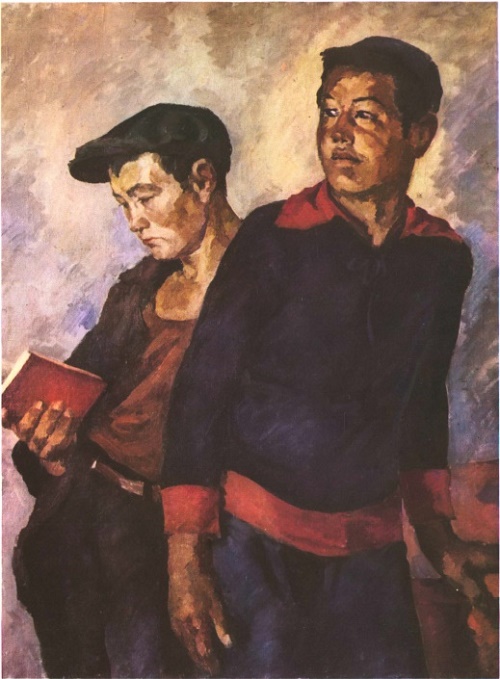 Starting his independent career in the 1920s – the most interesting time for our art, Shegal, like many other masters of this generation, stood at the very roots of Soviet artistic culture, along with which his talent grew and flourished.
Since 1923, Shegal began to actively participate in exhibitions. First, he exhibited his works with the “Knave of Diamonds” group. Then, became a member of the “Society of Moscow Artists”, and from 1926 he constantly participated in exhibitions of the Association of Artists of Revolutionary Russia (AHRR). It was an association that set as its main task the showing of today’s Soviet cities and villages, who advocated a new content in art.

Spending a lot of time on trips around the country, visiting the construction sites of the first five-year plans, the artist became one of the pioneers of the genre of the industrial landscape. He visited Zlatoust and Karabash, Solikamsk and Novokuznetsk, got acquainted with Turksib, traveled to Altai through the whole of Central Asia. Landscapes made in these trips Shegal called “sketches,” although the ideological and artistic significance of them is immeasurably deeper. His works, such as the “Ural Metallurgical Plant”, numerous landscapes of Kuzbass and Solikamsk (1929-1934), are generalized images of the country, confidently marching into the future, living new rhythms.

In the 1930s, the artist turned for the first time to the historical-revolutionary theme and created two paintings that became widely known. The idea of ​​the first arose in 1933 during a creative trip to the Urals. The basis of the painting “The shooting of the railwaymen by Kolchak in Kizel in 1919” was the real tragic episode of the civil war. Over the embodiment of his plan, Shegal worked for two years, collecting material, carefully considering the composition and dramatic idea of the canvas. The painting, highly praised by M. Nesterov, impresses with a deep emotionality, which the author achieves first of all by the picturesque-plastic solution of the canvas.

“The flight of Kerensky from Gatchina in 1917” – the second painting of Shegal, which brings us back to the revolutionary years. In fact, the artist prepared it for the exhibition “XX Years of the Red Army and the Navy.” The master unfolds here before the spectator a true historical drama, each actor of which endowed with a unique psychological characteristic. From the farcical figure of the “prime minister” changing into a woman’s dress, to the tragic image of an officer beginning to comprehend the true meaning of the events that are happening.

Noteworthy, Soviet artist Grigory Mikhailovich Shegal always combined his creative activity with pedagogical practice. In particular, he taught at the Moscow Art Institute named after VI Surikov, and was a professor at VGIK. Summarizing his professional experience, Shegal published a number of articles on art, as well as a fundamental monograph “Coloring in Painting” (Moscow, 1957), raising the most important issues of pictorial mastery and creative practice.

The artist’s art earned him the recognition of the audience, and the appreciation of the artistic community. Grigory Shegal was a corresponding member of the Academy of Arts of the USSR.

(From the article by A. Zhukov in the book: 1989. One hundred memorable dates. Art calendar. Annual illustrated edition. M. 1988) 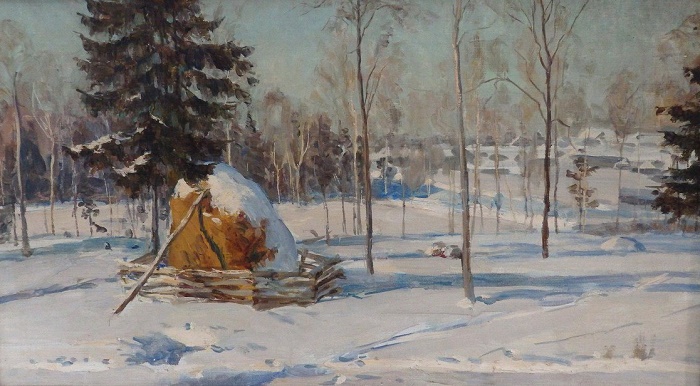 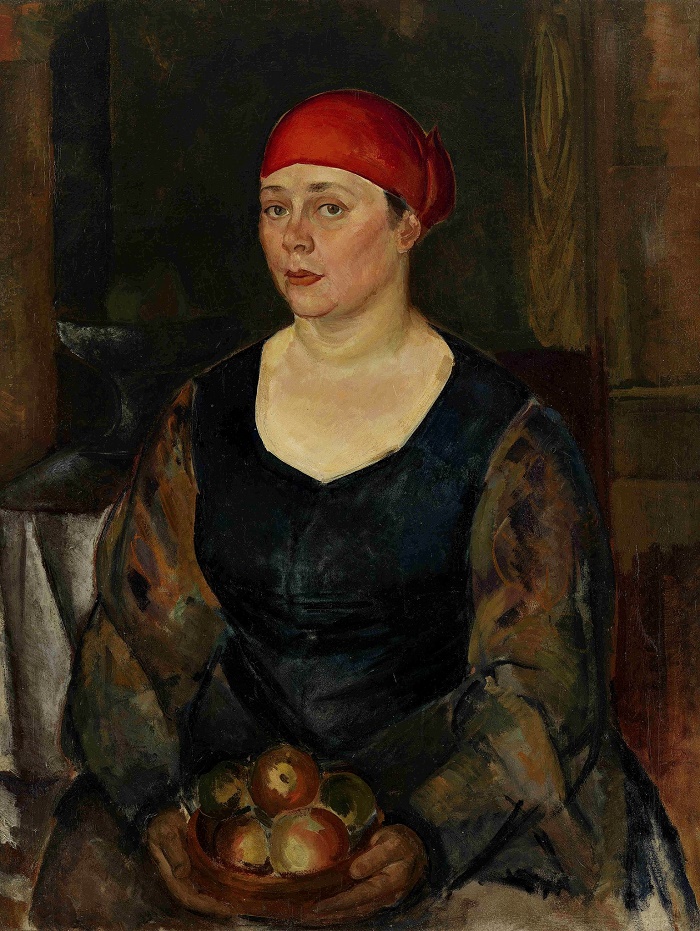 A woman with apples. Portrait 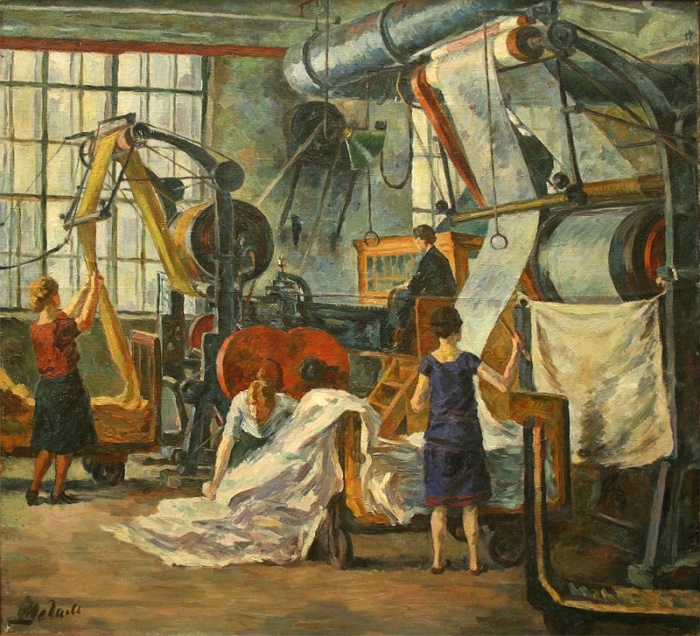 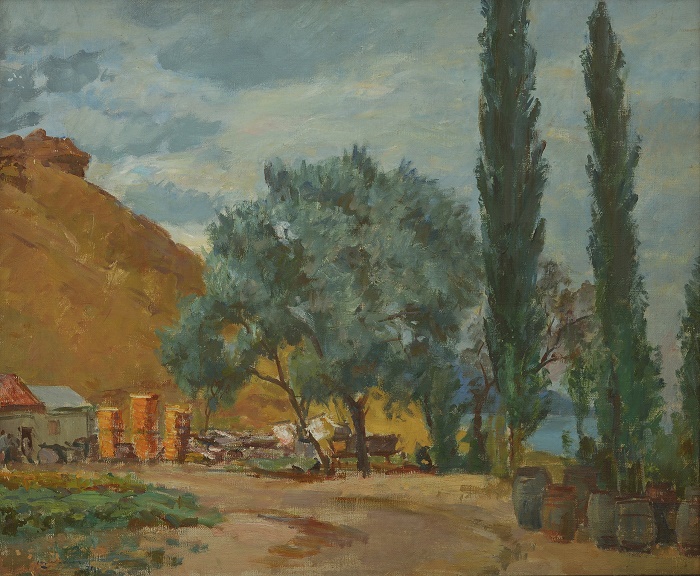 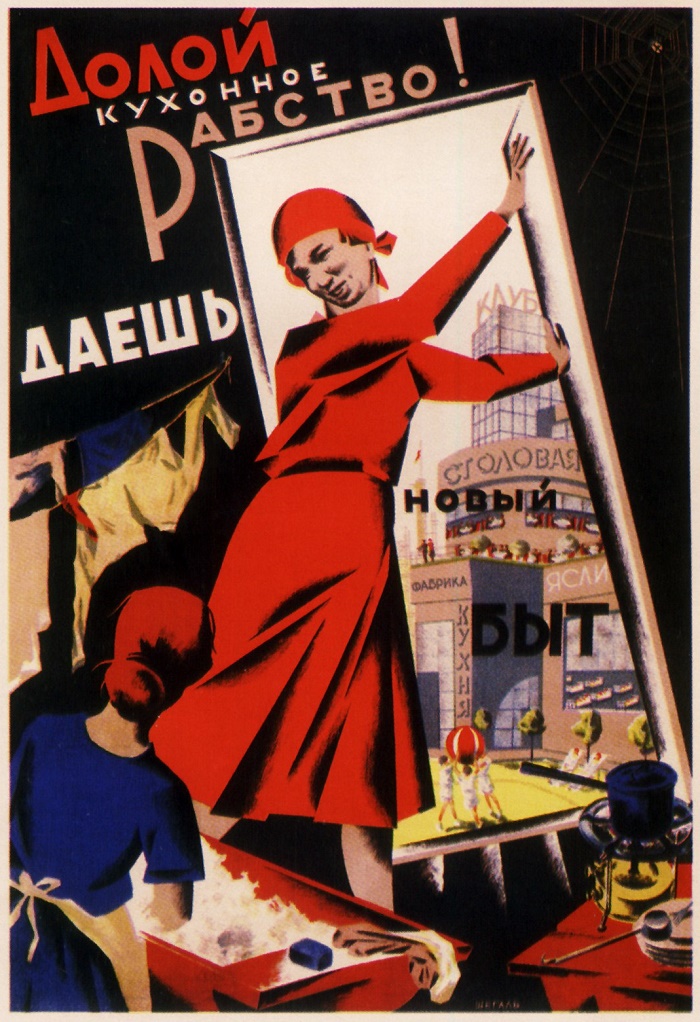 Down with kitchen slavery. Give a new way of life. 1931 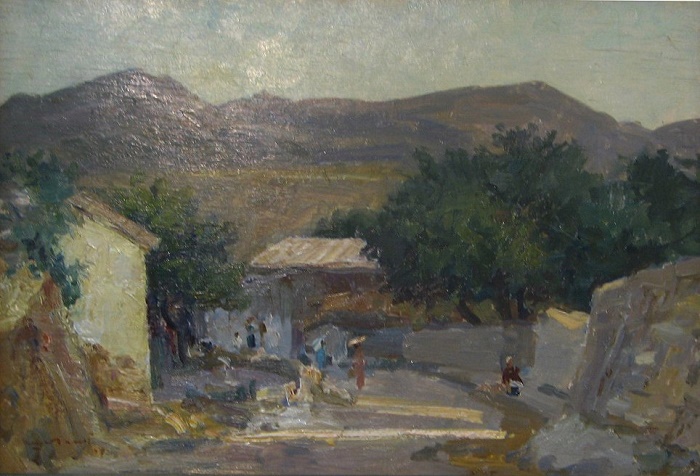 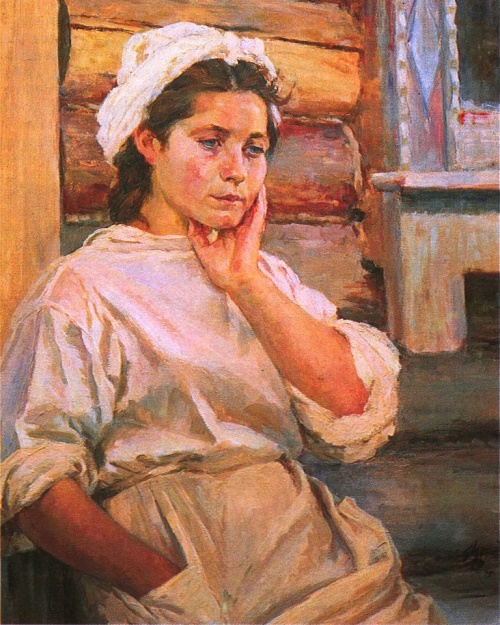 Nurse in a spare minute. Oil. 1945. The State Tretyakov Gallery 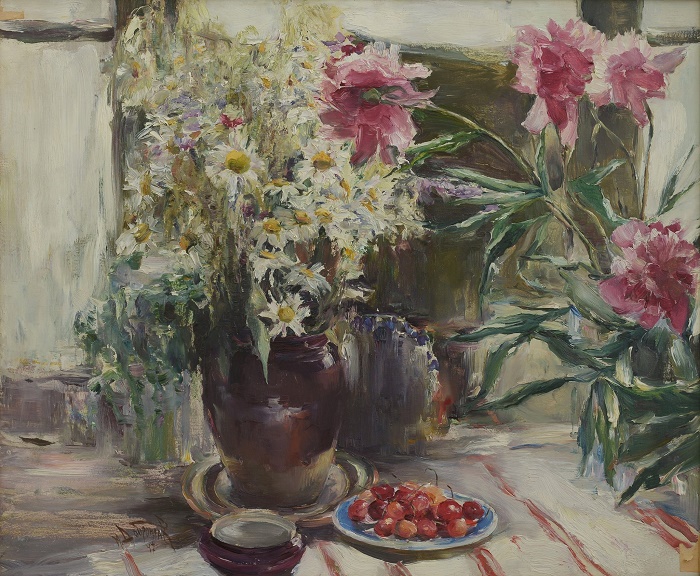 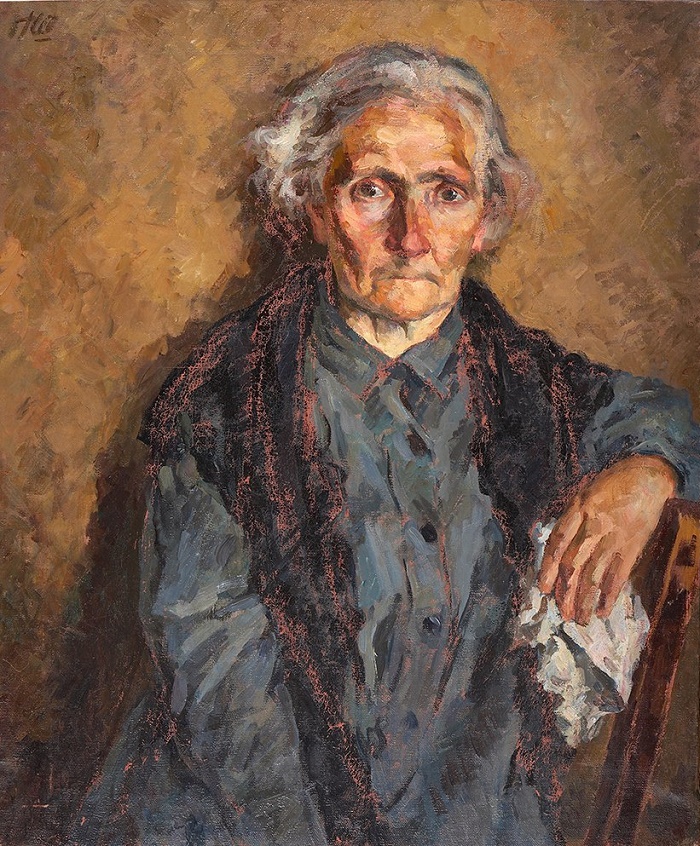 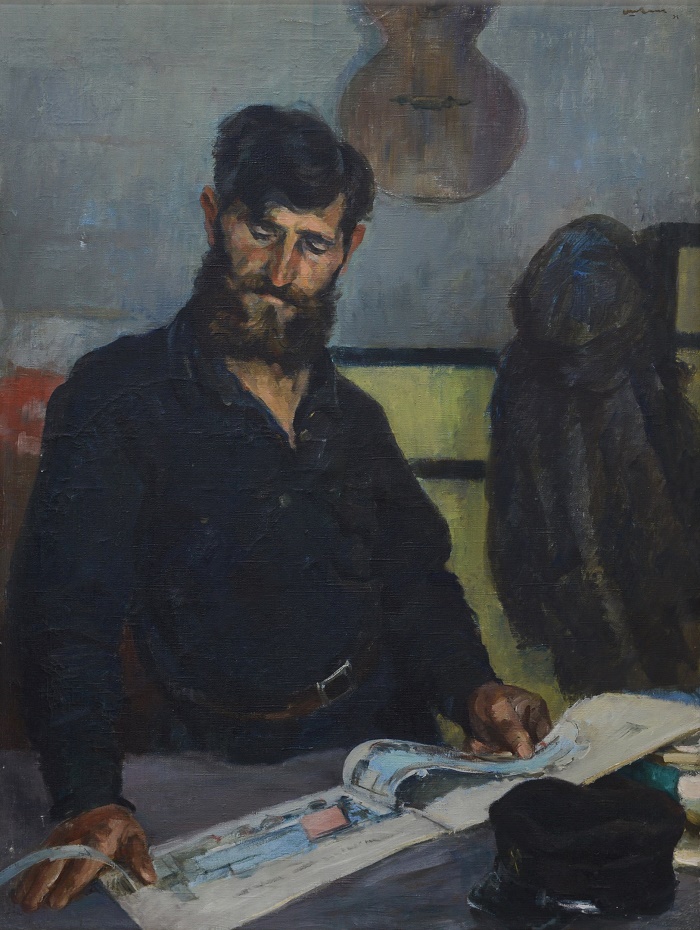 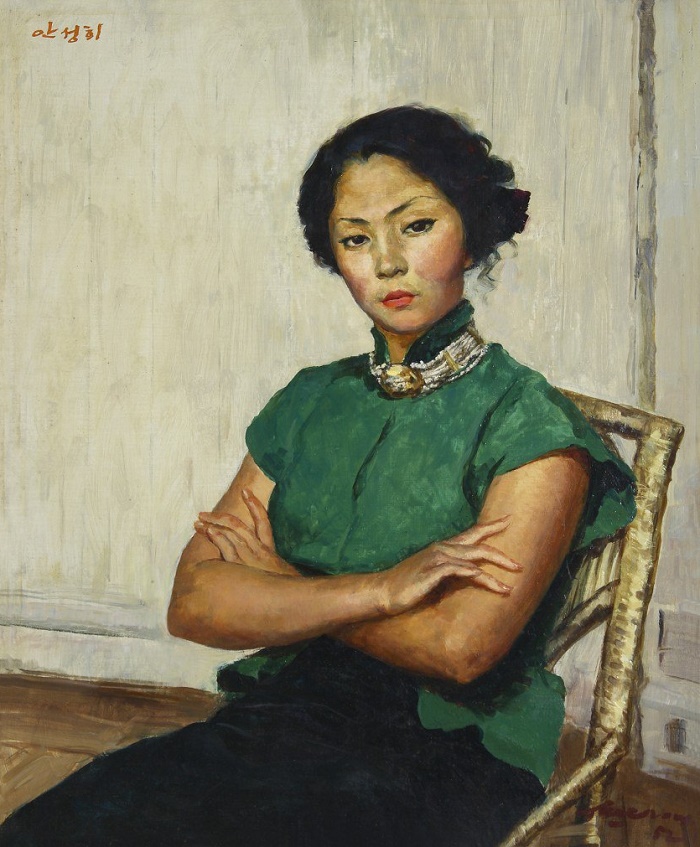 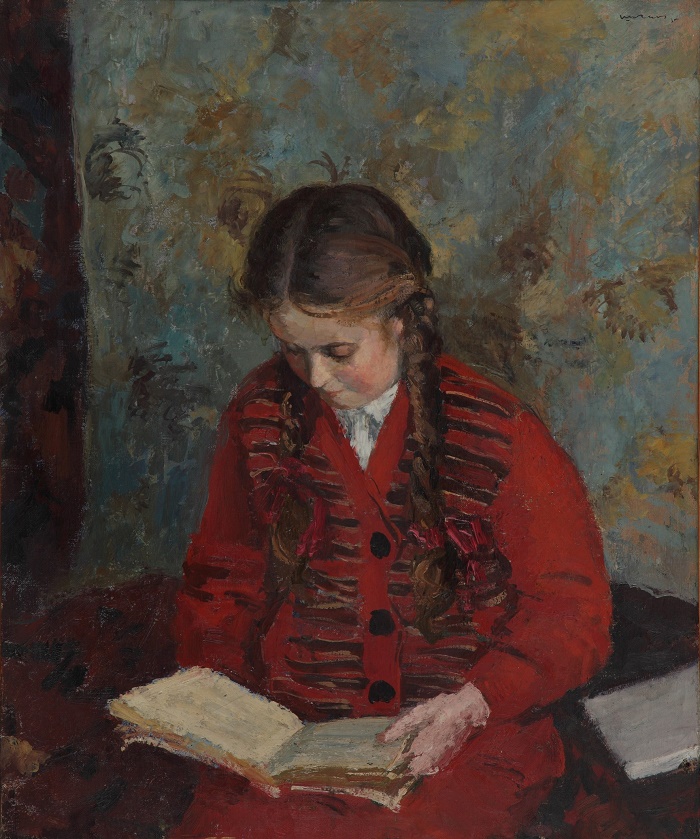 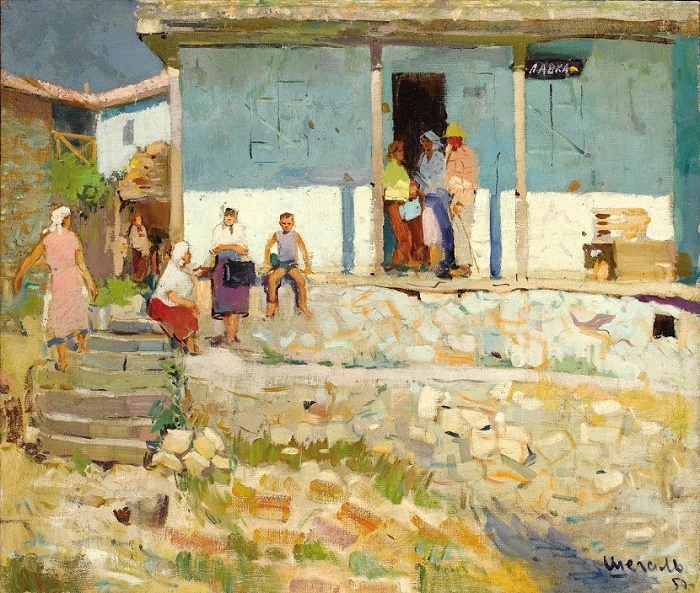 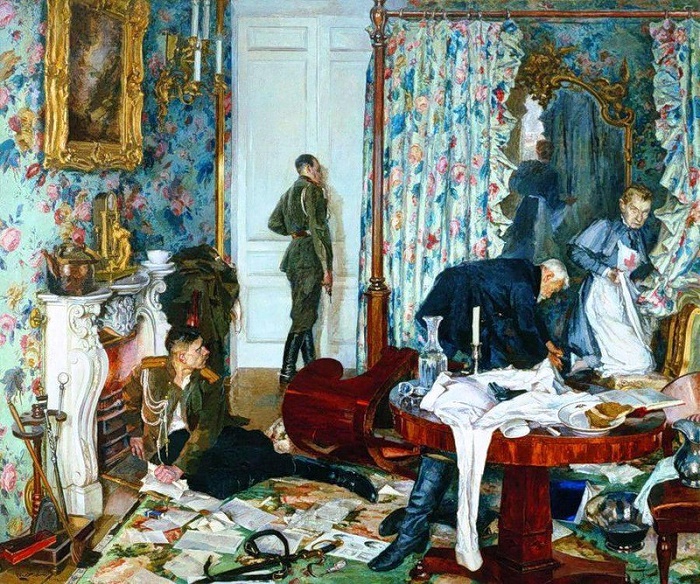 ‘Escape of Kerensky from Gatchina’. 1937-1938. The State Tretyakov gallery 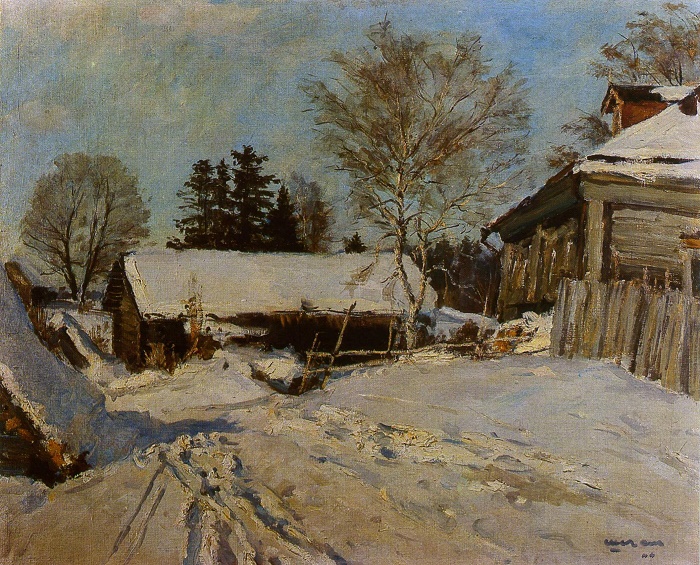 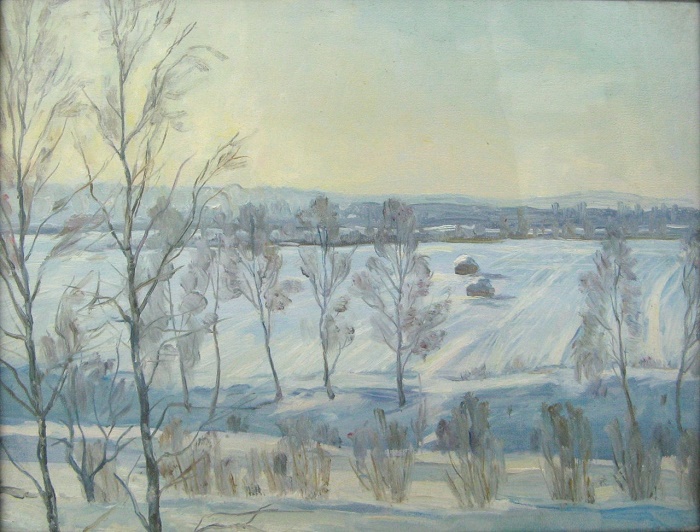 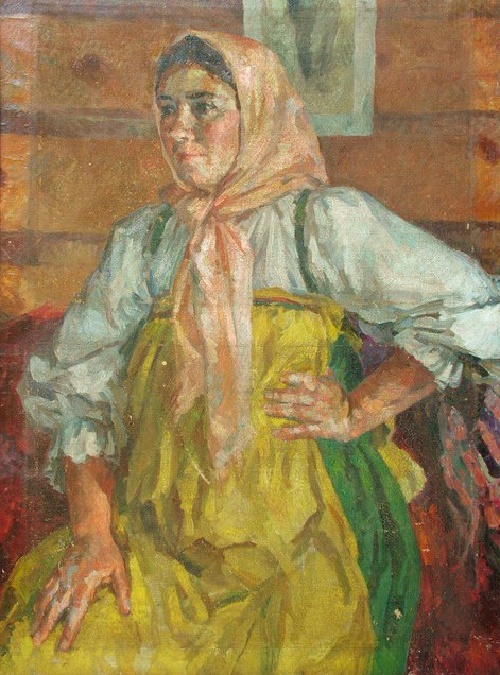 Z.I. Shegal (wife of artist’s brother) in a folk dress. Oil on canvas 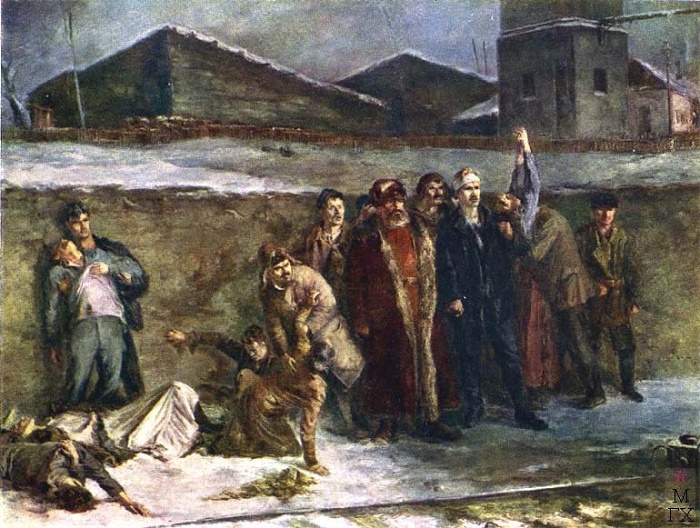 The shooting of the railwaymen by Kolchak in Kizel in 1919. 1935 Shegal