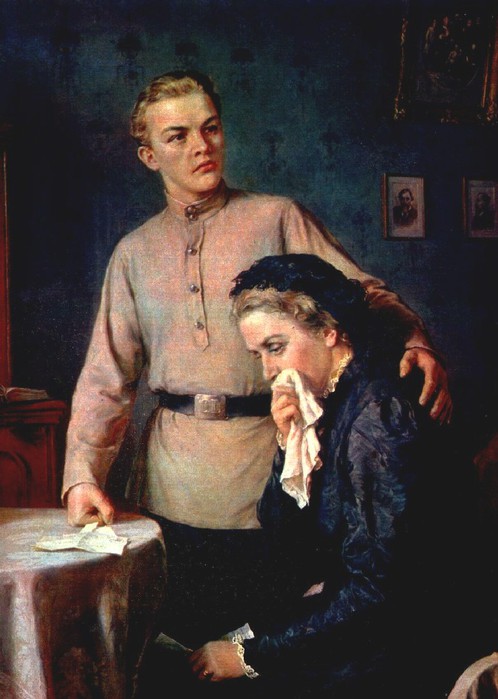 Soviet artist Pyotr Petrovich Belousov
Honored Artist of the RSFSR. People’s Artist of the RSFSR, Corresponding member of the USSR Academy of Arts. An outstanding Russian artist, the pupil of Brodsky, Pyotr Petrovich Belousov is the author of the iconic Soviet painting “We’ll go the other way!” (1951). Also, he is the author of many paintings devoted to the leader of Great October revolution. Among most notable works – “VI Lenin among delegates of the Third Congress of the Komsomol”. (1949), etc. In addition, he is the author of drawings, etchings, lithographs, and bookplates.
He studied at the studios of the USSR Academy of Arts and in the “Community of Artists”. Participated in the exhibitions of the Society of A.I. Kuindzhi (1930).
The graduatee of the Academy of I.E. Repin (1933-1939) he received a diploma with honors for the painting “On the eve of October.” Participated in the largest exhibitions of Soviet art since 1930. Approved the head of the Department of Painting and Drawing of the Institute of I.E. Repin for the painting “Greek patriot in the fascist prison” (1956). 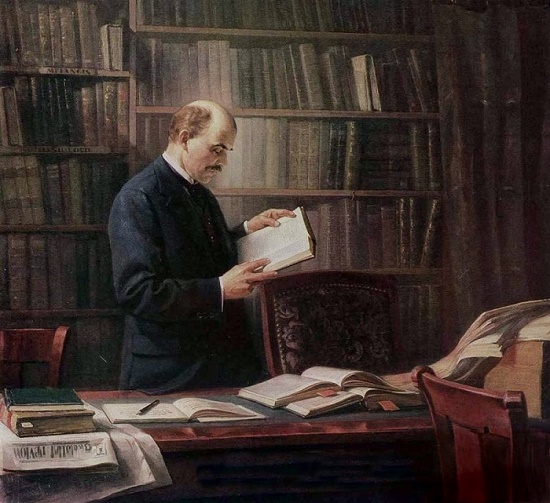 Vladimir Ilyich Lenin at work on the book ‘Materialism and Empirio-Criticism’ in the Geneva Library. Painting by Soviet artist Pyotr Petrovich Belousov (1912-1989)

At the beginning of the Great Patriotic War he worked in besieged Leningrad, performing drawings for the magazine “Smena”. And in 1942 he made a business trip to Samarkand, where the Academy of Arts was evacuated. Since 1943, became appointed an assistant professor of the department of drawing of Academy of Arts. Meanwhile, the Central Asia completely captured the artist by the uniqueness and beauty of an unfamiliar land. He created a lot of oil canvases, turned to watercolors and drawings, and perfected the technique of etching. 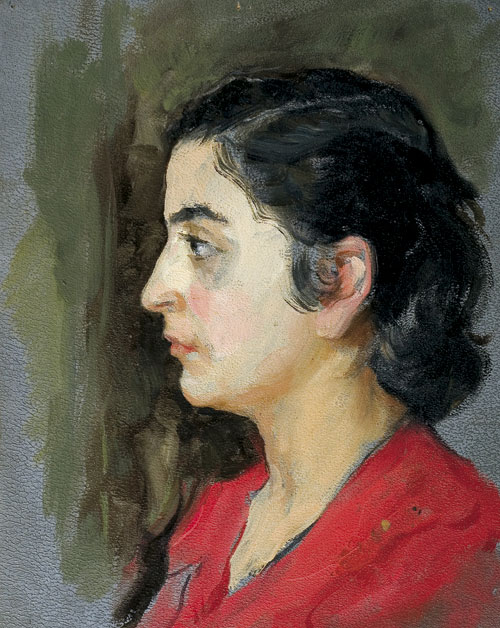 Participant of the exhibition “The Art of Petersburg in Paris” (1993). Personal exhibitions took place in Vologda (1959) and Moscow (1984). Works by P.P. Belousov are in the collection of the State Russian Museum (St. Petersburg) and the State Tretyakov Gallery (Moscow). Also, in the Central State Archive of Literature and Art of St. Petersburg, as well as many other Russian museums and private collections abroad. 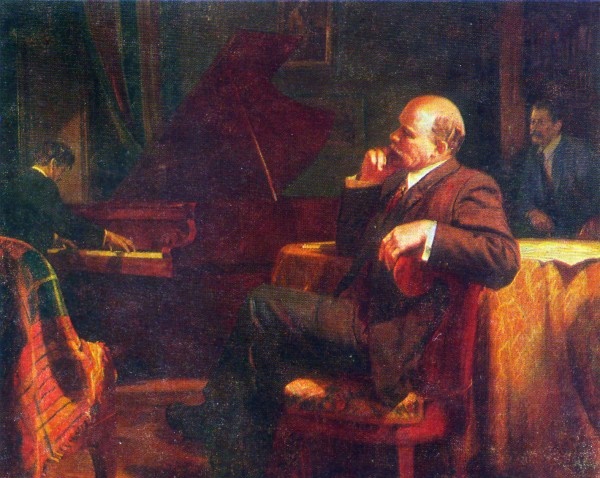 In the minute of rest (Portrait of Vladimir Lenin). 1969 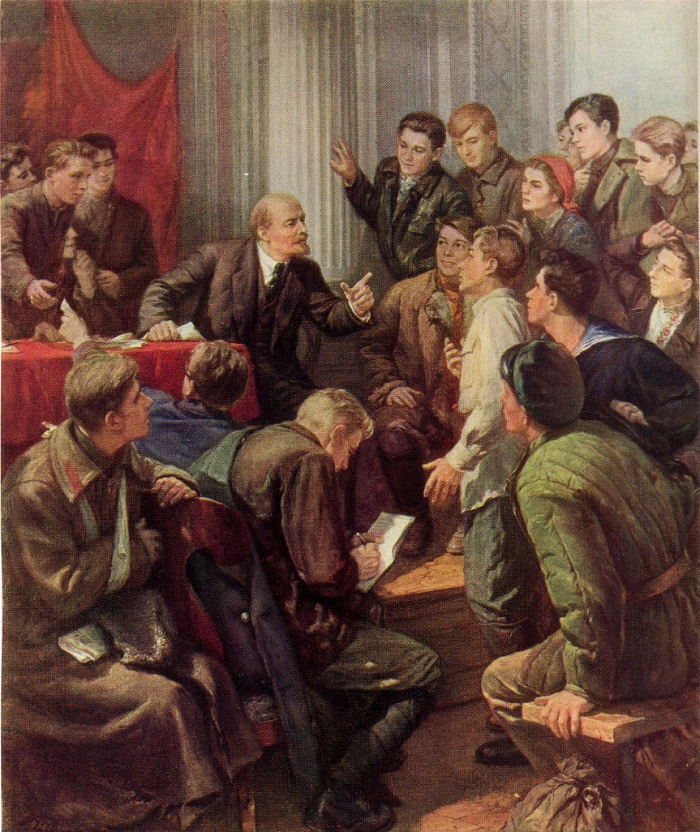 Lenin among the delegates of the III Congress of Komsomol. Oil. 1947 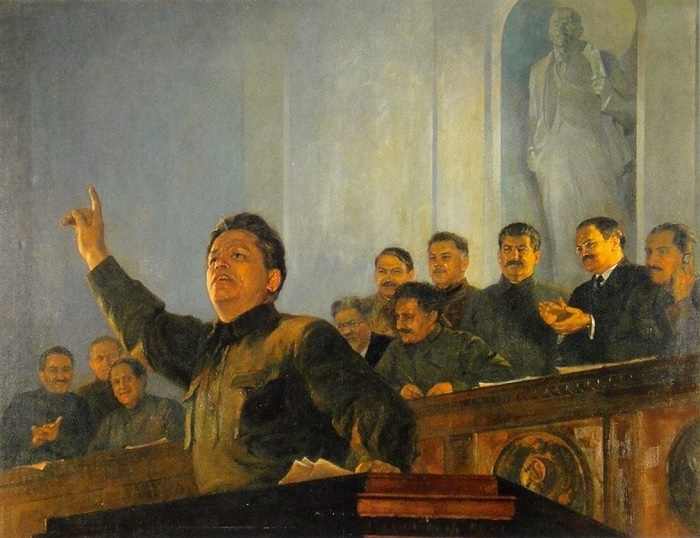 Pyotr Belousov (1912-1989). Kirov speaking at the tribune of XVII congress of the Communist Party of the Soviet Union. 1930s 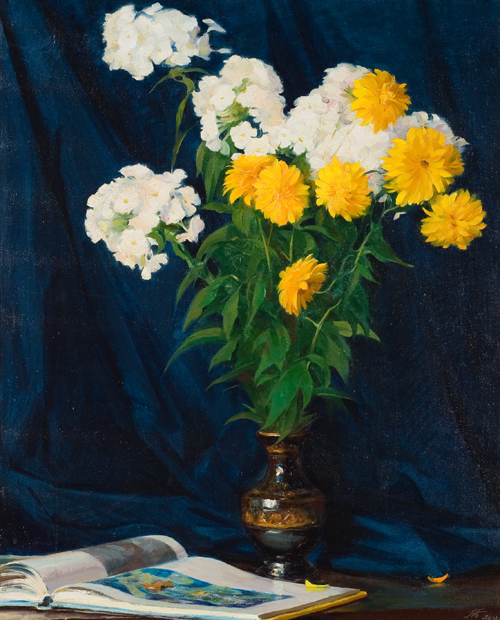 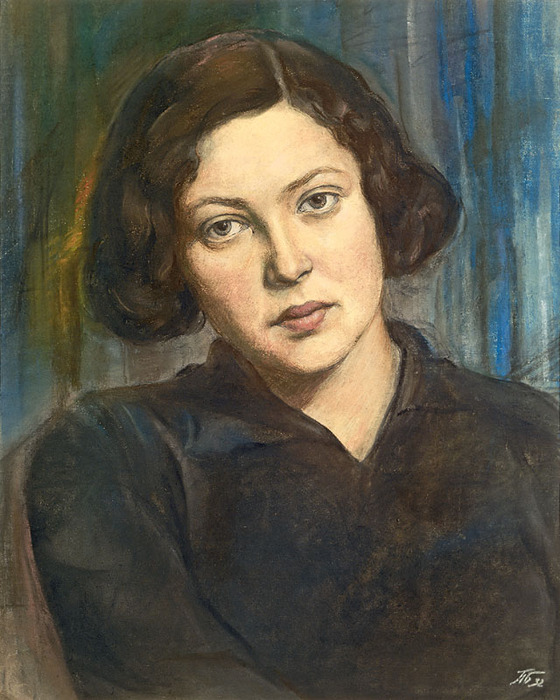 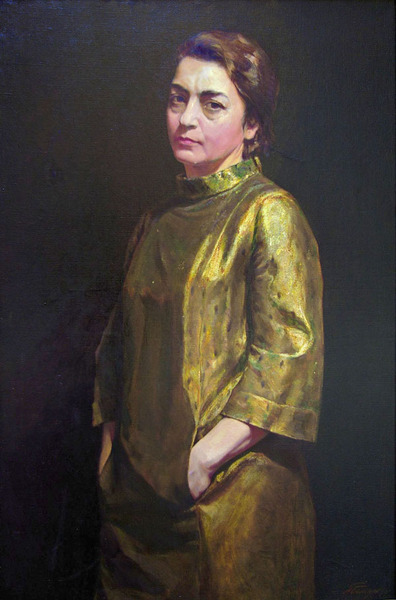 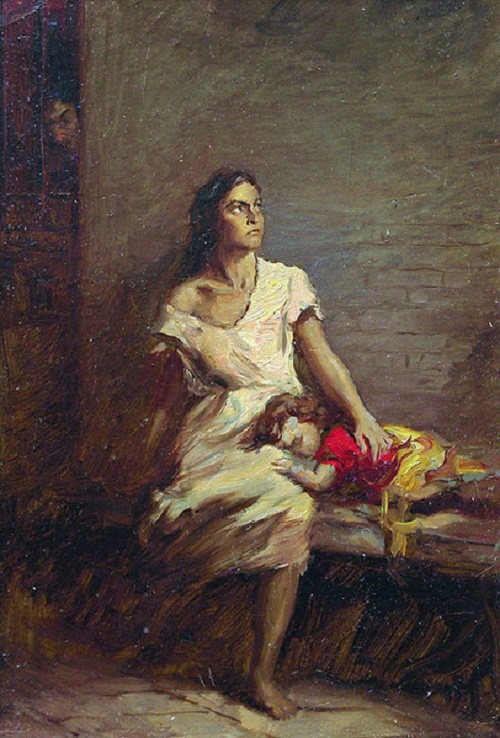 Greek patriot in the fascist prison. 1956 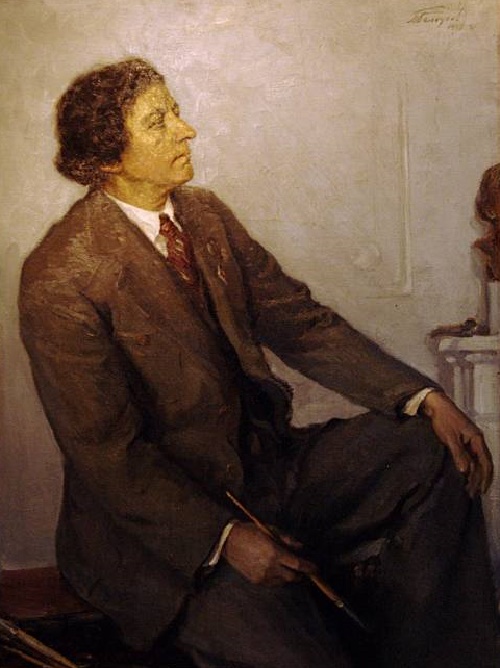 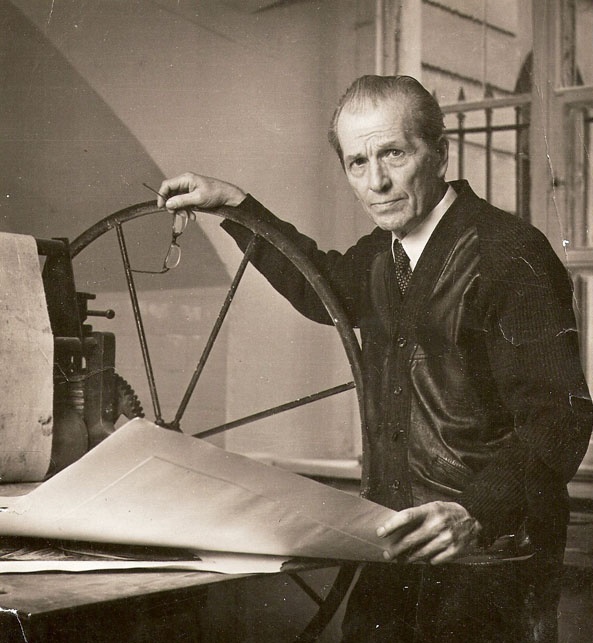 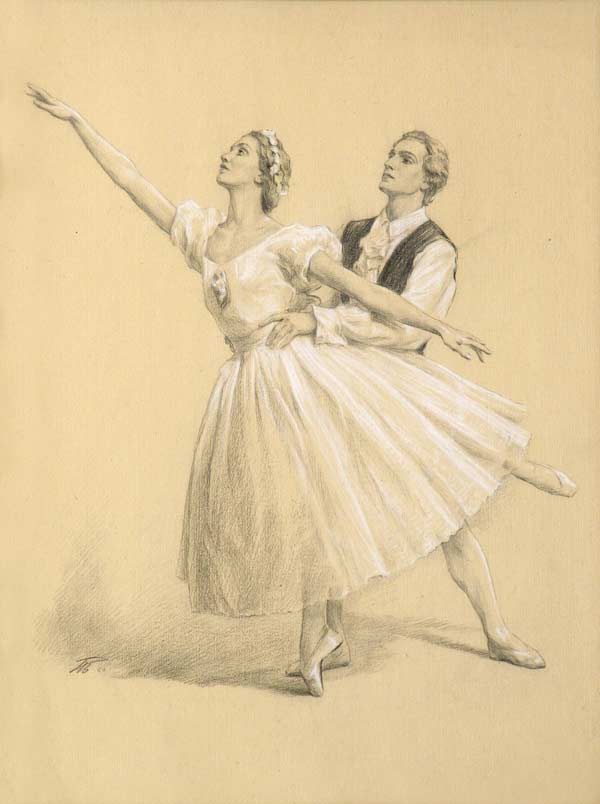 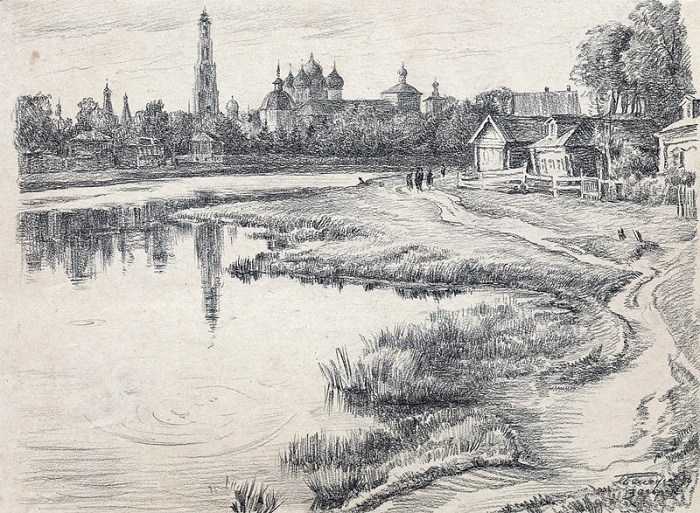