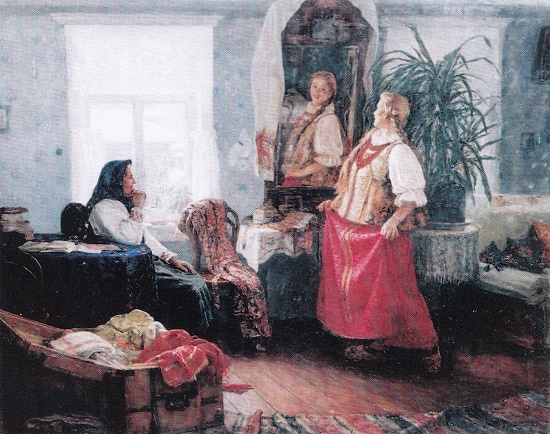 Soviet artist Mikhail Sergeyevich Barancheyev
Born in the village of Kalinovo of Moscow region, Barancheyev was fond of drawing since childhood. Fascinated by art, he studied in the studio of famous artist Alexander Buzovkin in the Serpukhov House of Pioneers. Later, he always remembered the teacher with gratitude, who for the rest of his life instilled in him a love of art. Barancheyev continued his artistic education in the Moscow Art College (1946-1947), and then entered the second year of the Moscow Art Institute of Surikov. His leaders were prominent Soviet artists professors F.A. Modorov and D.K. Mochalsky. At the same time he worked in the studio of military artists of Grekov.
In fact, it was at the institute, where they sacredly honored traditions of the Russian art school. Firmly believed in the principles of realistic art, he remained faithful to them throughout his creative life. 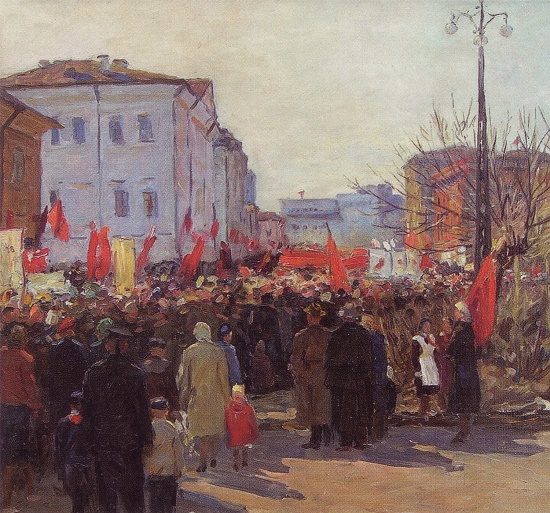 Meanwhile, Mikhail Sergeyevich met With the North in the very beginning of the 1950s. For the first time he visited Arkhangelsk during his student years. Then many creative people, including artists, were close to the idea of ​​familiarizing themselves with the origins of the national artistic culture, and interest in the North of Russia was great. Once visiting the North, Barancheev decided to return here forever and in 1953 finally moved to Arkhangelsk. From this moment he inextricably linked his creative destiny with the Arkhangelsk branch of the USSR Union of Artists.

While still a student, in 1946, he took part in the first exhibitions of Soviet Art. In the 1950s he first came to the North and later lived and worked in Arkhangelsk. Already in 1960 he became the head of the regional museum of fine arts. And in 1961 he became a member of the Arkhangelsk organization of the Union of Artists of the USSR.

Creativity of the artist is a living and a diverse picture of the life of the northern region. Old and new Arkhangelsk, sea and river ports, pomor villages, industrial and lyrical landscapes, portraits of the workers and famous cultural figures.

Besides, Mikhail Sergeyevich Barancheyev worked as a book designer and illustrator at Arkhangelsk publishing company. In particular, one of his works – the book “There were kids” (1957). The artist’s heritage is great and diverse. The big collection of Barancheev’s artworks is in the Arkhangelsk State Museum of Fine Arts. Besides, many works are in private collections. 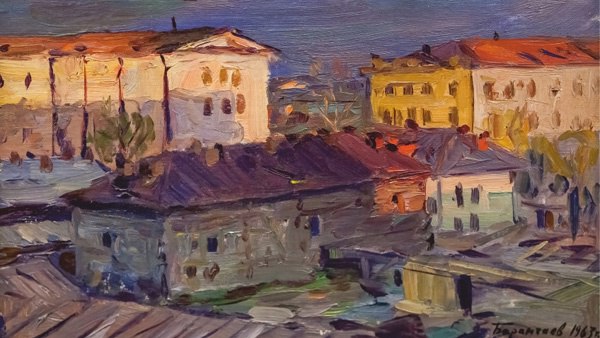 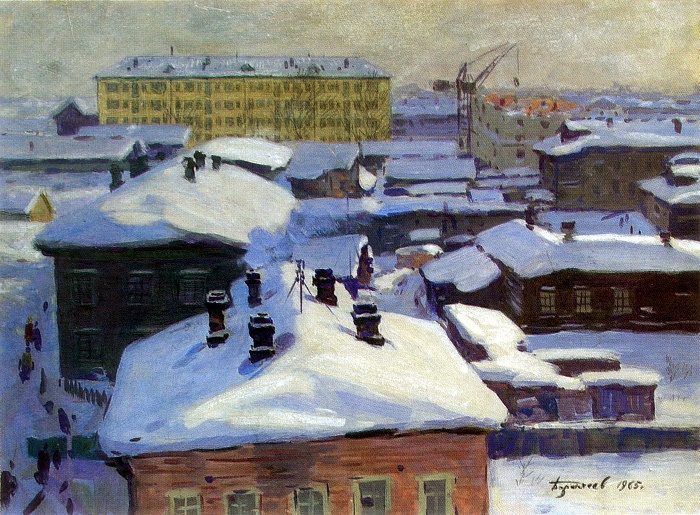 Arkhangelsk from my window. 1965 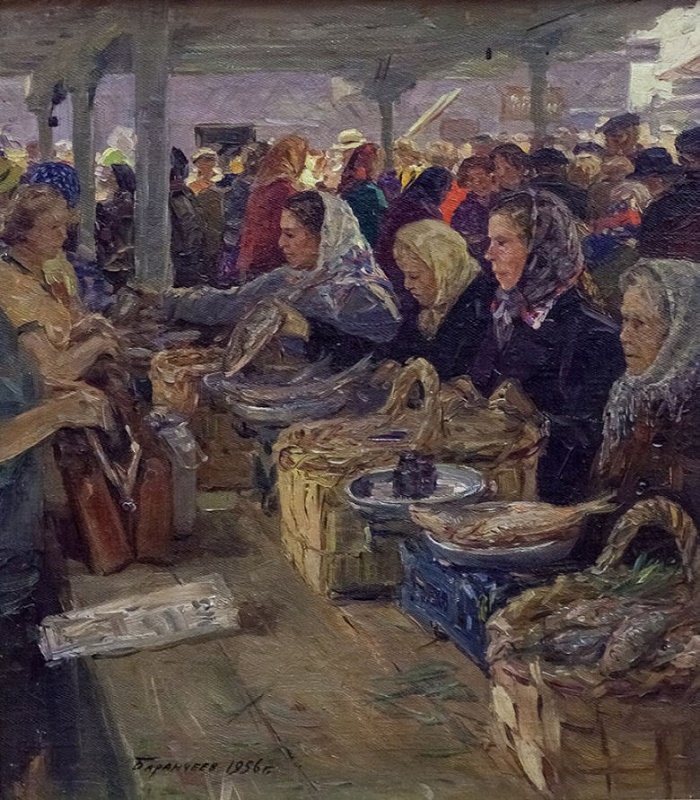 At the Arkhangelsk market. 1956 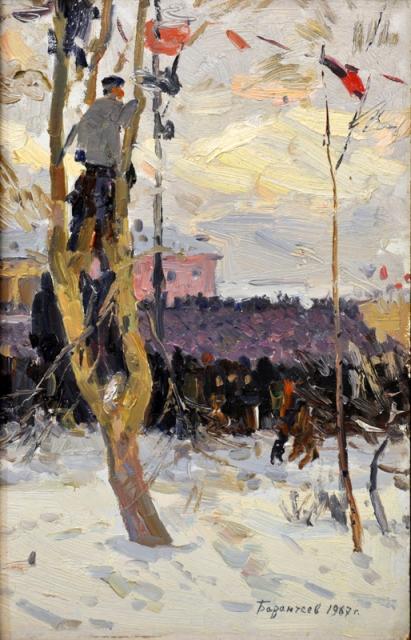 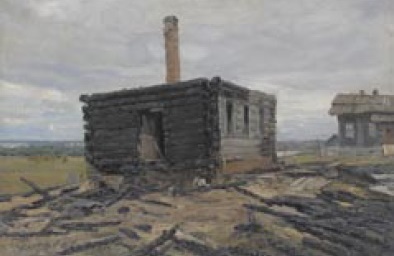 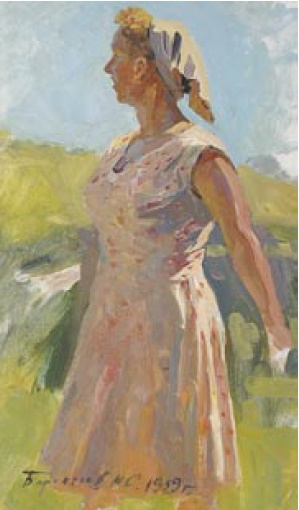 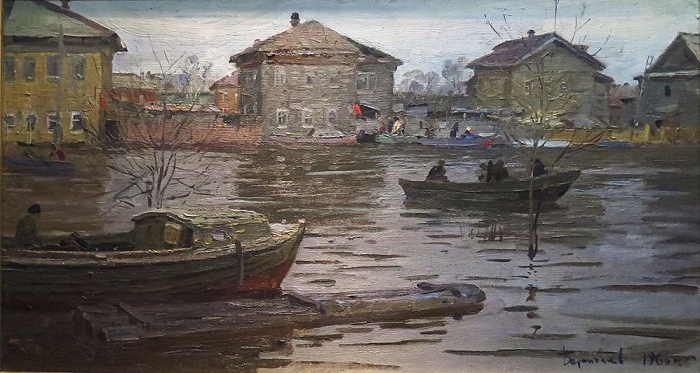 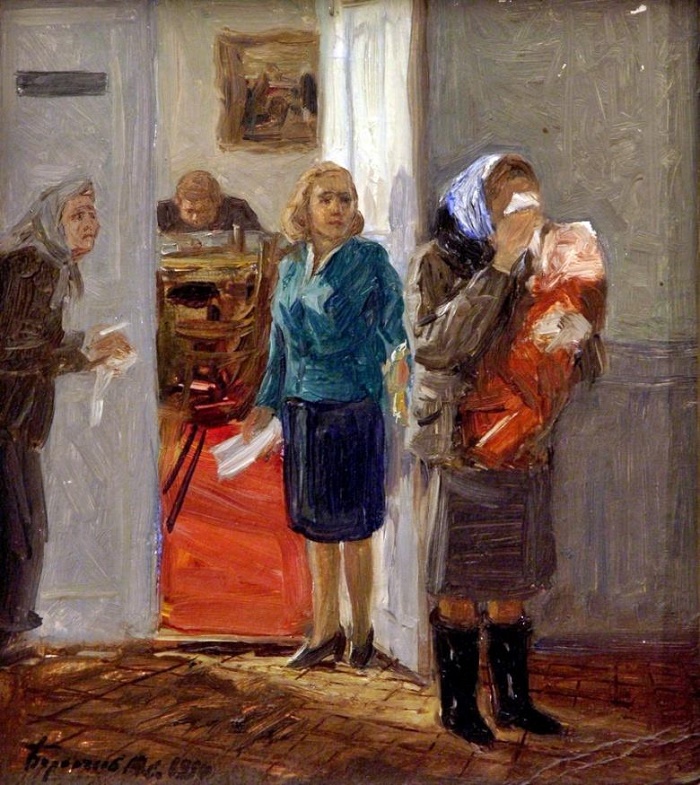 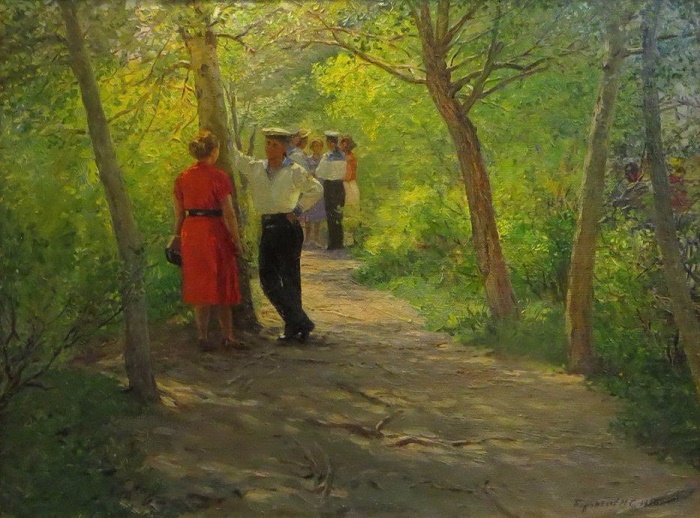 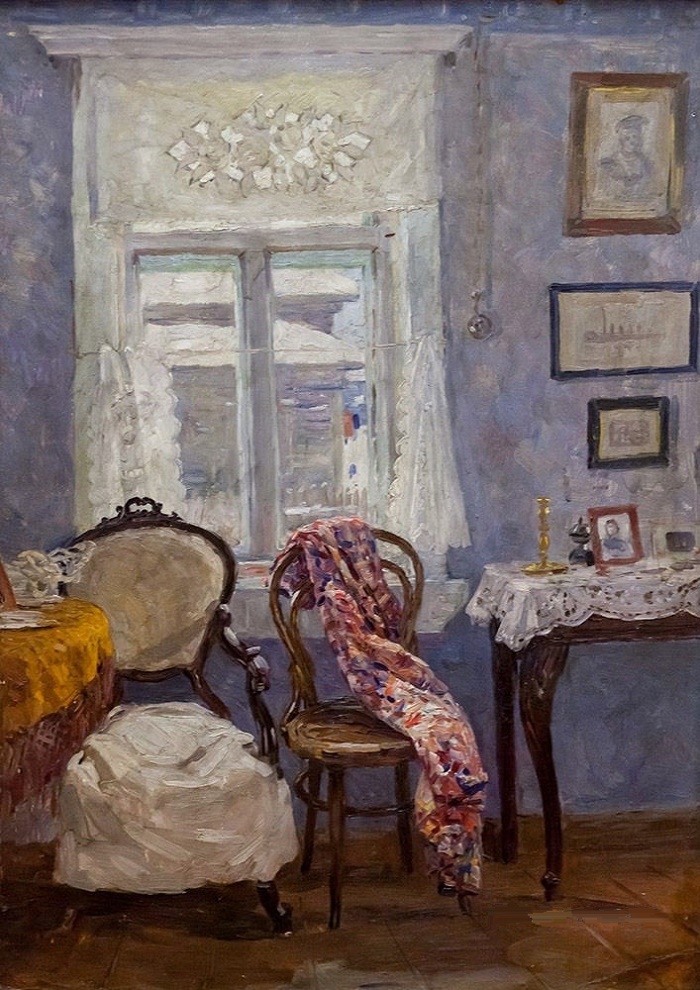 Interior on the old Kuznechikha. 1956 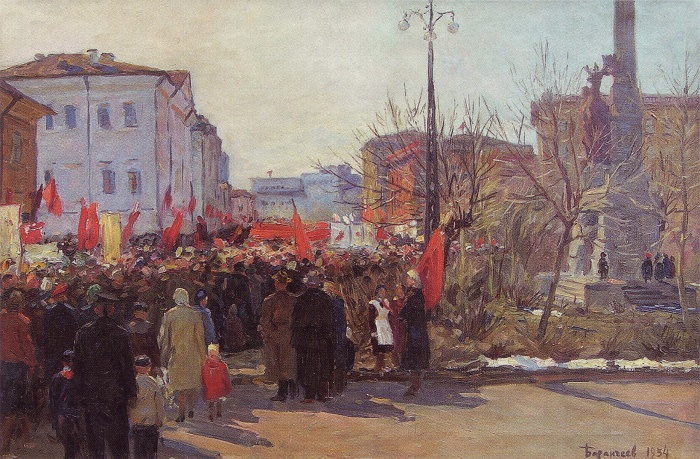 May Day demonstration at the Obelisk to North on Vinogradov Avenue. 1954 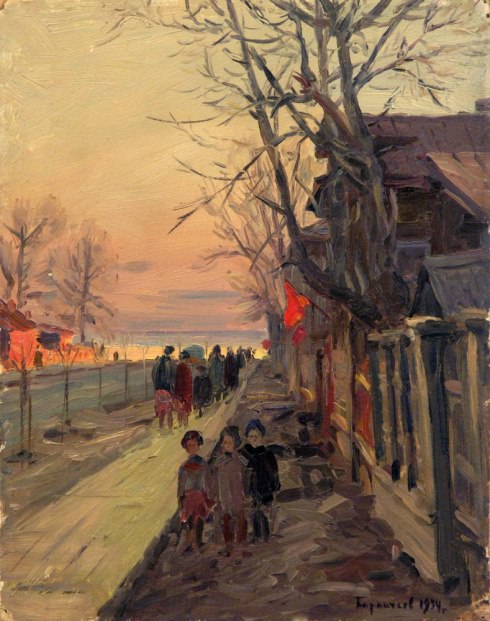 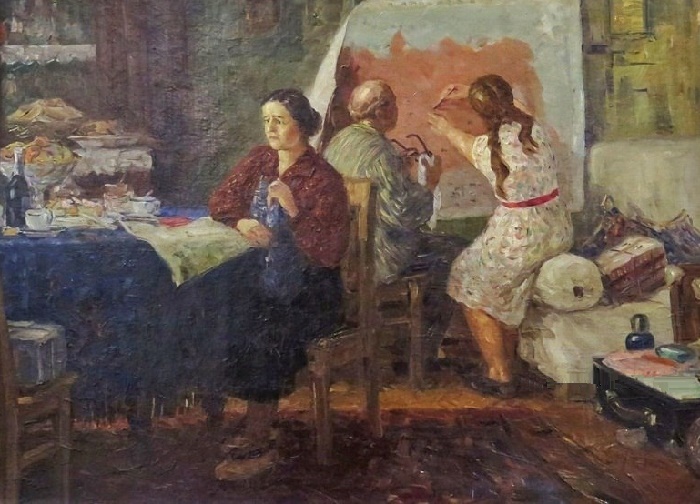 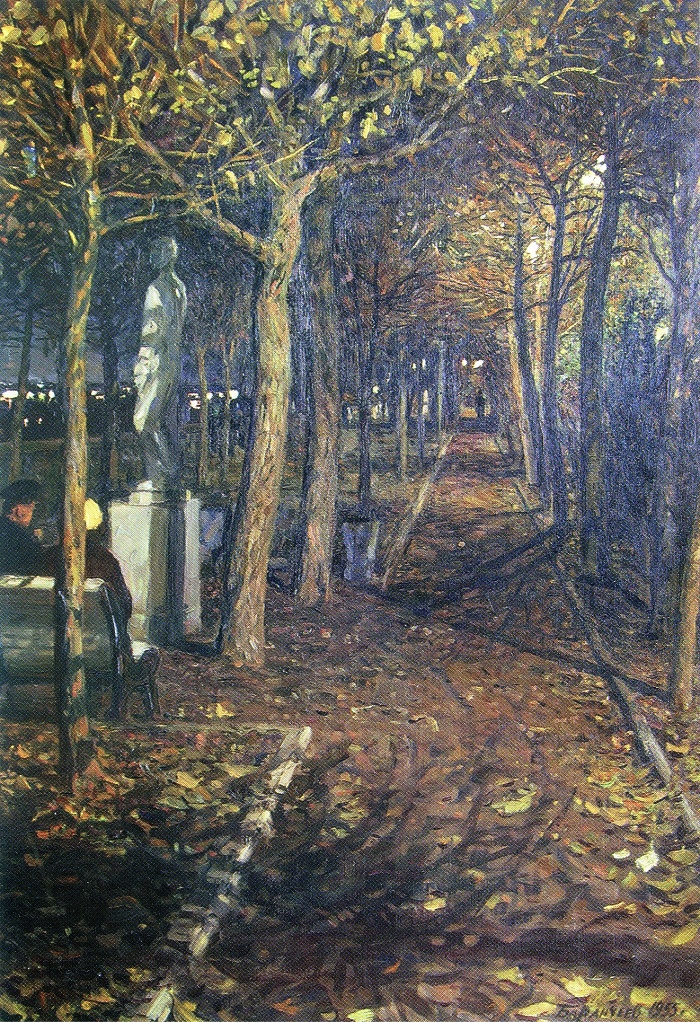 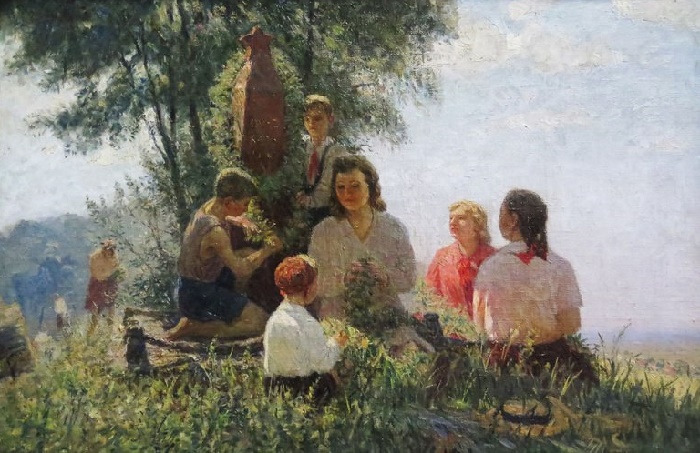 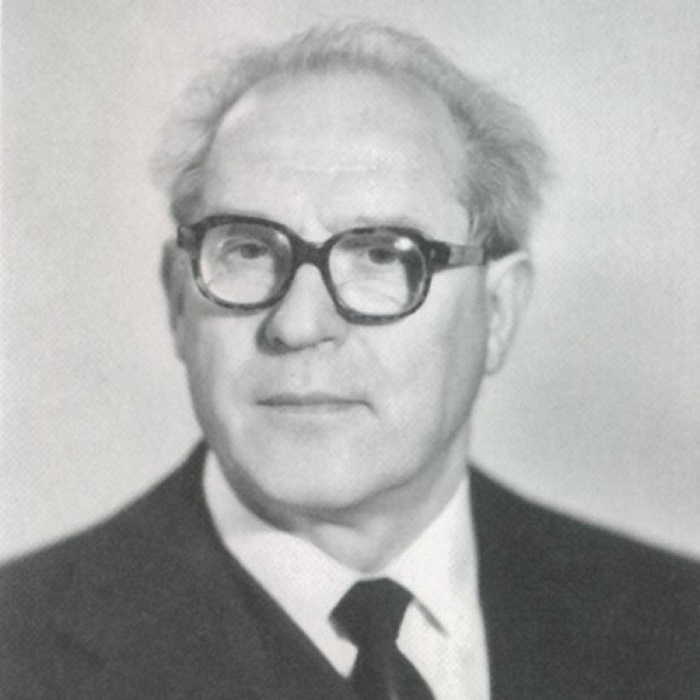 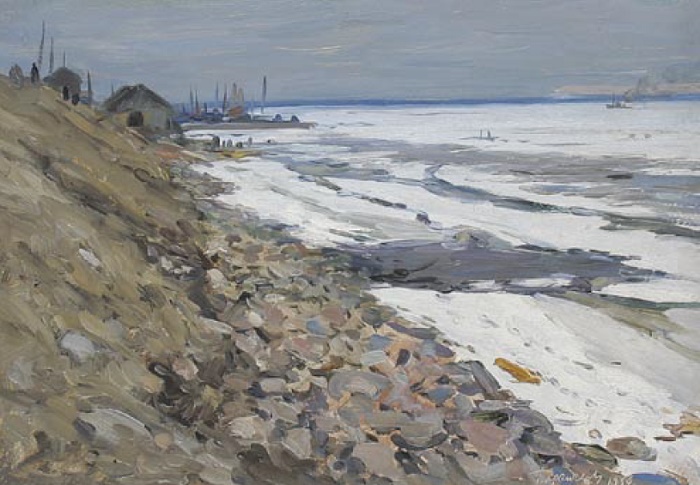 The North Dvina in spring (the beginning of navigability). Arkhangelsk. 1954. Oil on canvas 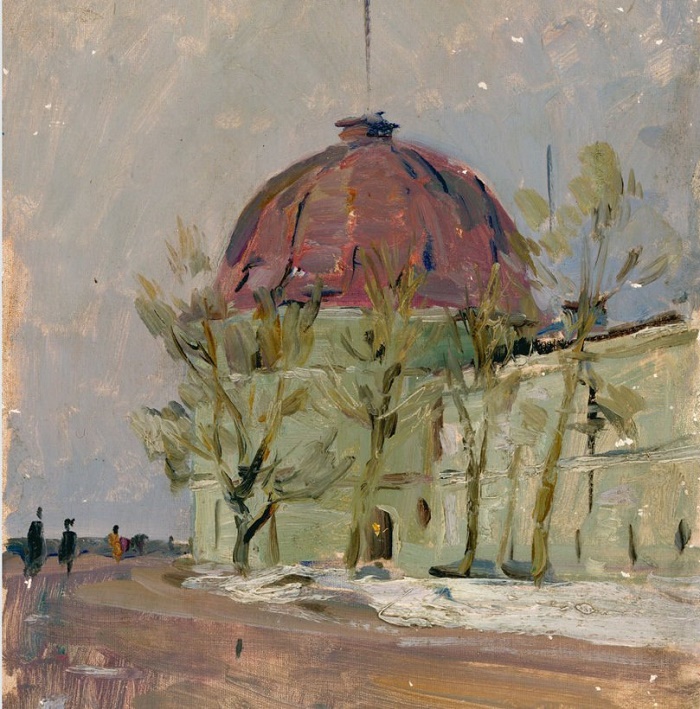 White night on the Northern Dvina. 1955