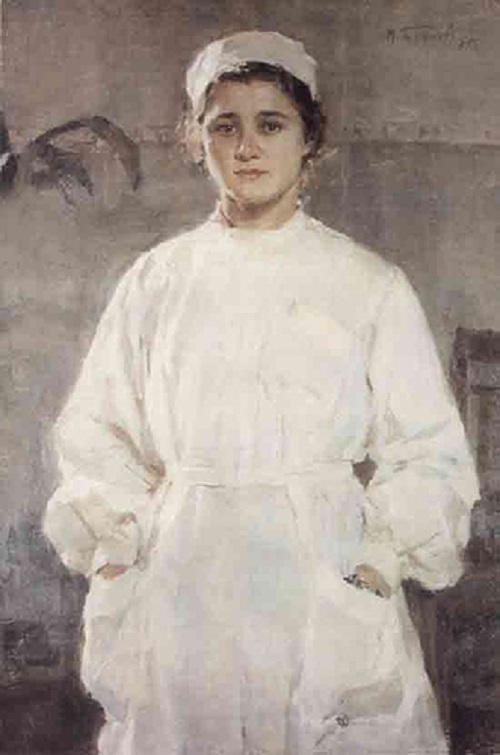 Soviet artist Mikhail Bozhyi (1911 – 1990) – People’s Artist of the Ukrainian Soviet Socialist Republic (1963), a full member of the Academy of Arts of the USSR (1962). In the portraits revealed the inner significance of the person. M. Bozhyi was born September 20, 1911 in Odessa. From 1930 to 1933 he studied at the Moscow Art College (1872 – 1949). In 1936, Mikhail and his wife moved to Odessa. He worked as an animator at the Odessa film studio. He first exhibited his work in 1938 at the Regional Art Exhibition. Bozhyi made his debut with a few portrait sketches. During the Great Patriotic War, the artist, due to the state of health, did not go to the front, and created war posters and satirical drawings. 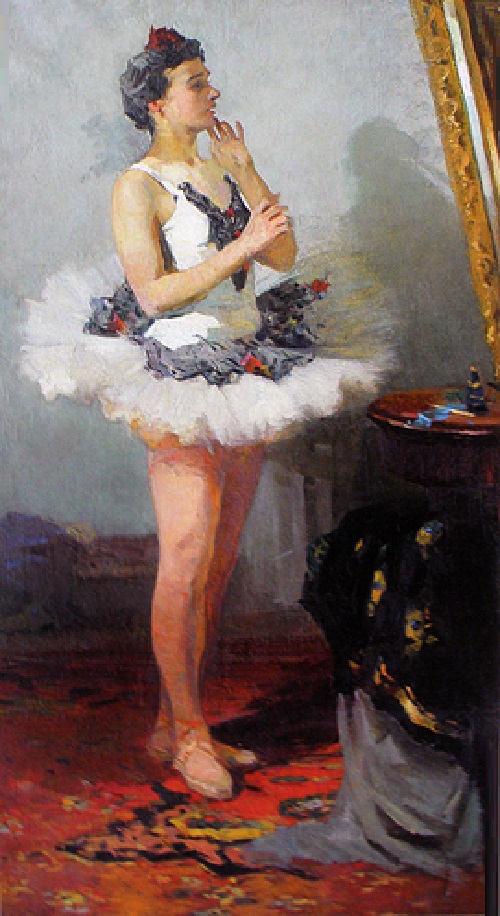 Ballerina in front of the mirror, 1954, oil on canvas

After the liberation of Odessa in April 1944 Bozhyi started active creative work. As a result of this creative period, the artist presented seven portraits at the IX republican exhibition in 1947. A truly mature work was a picture “Portrait of an excellent pupil Svetlana Shipunova” painted in 1950. This work has brought great success to Bozhyi, putting his name in some of the best artists of the postwar period. 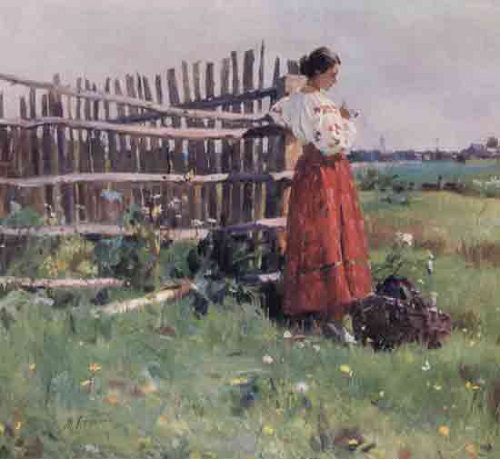 New success of the artist has been painting “Nurse” (1955). “Portrait of an excellent pupil” and “Nurse” were exhibited at many All-Union and foreign exhibitions. At the World Exhibition in Brussels in 1957, Bozhyi, for the painting “Nurse” was awarded a bronze medal, and the exhibition of works of art of the socialist countries in Moscow in 1959 – a silver medal. 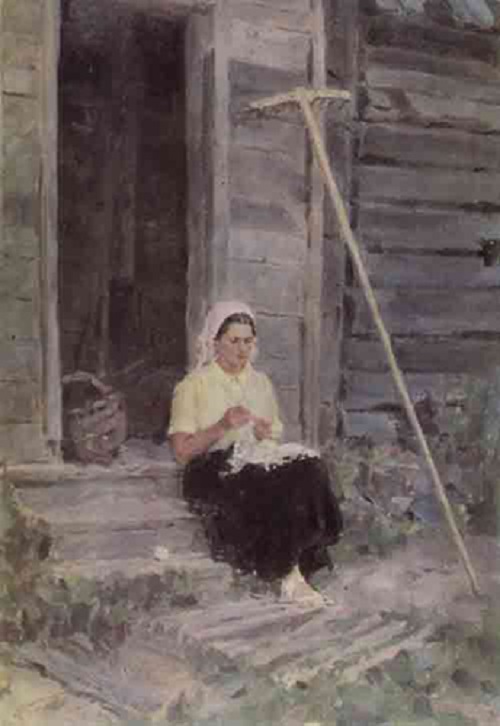 Talent and work of the artist have been highly appreciated. Bozhyi was awarded the title of Laureate of the State Prize of Taras Shevchenko of the Ukrainian Soviet Socialist Republic for the painting “The 20th century Lenin.” (1964 – 1967), “New Times” (1969). 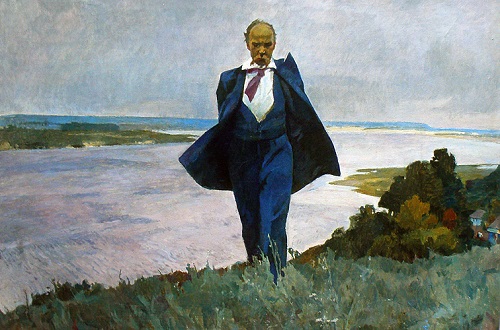 Taras Shevchenko. Thoughts on the future of Ukraine, 1975, oil on canvas 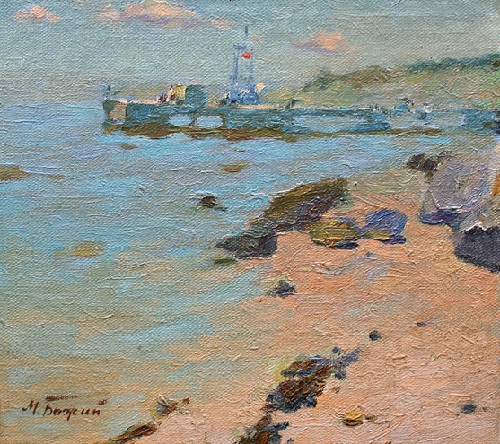 Soviet artist Mikhail Mikhailovich Bozhyi was elected deputy of the Supreme Soviet of the USSR of 6 and 7 convocations. He was awarded the Order “Badge of Honor” and medals. Bozhyi died January 1, 1990 in Odessa. The artist’s works are kept in the Museum of Ukrainian Fine Arts and the Museum of Russian Art in Kiev, in many art museums in Ukraine and abroad. 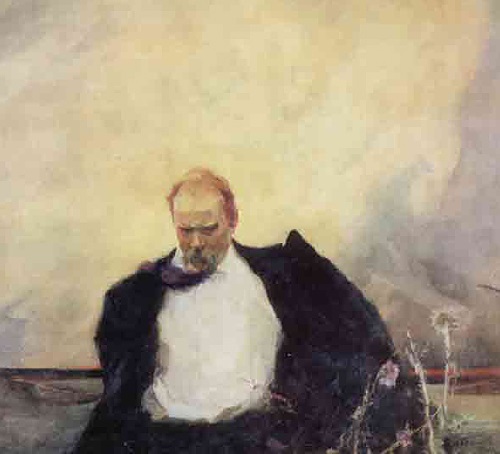 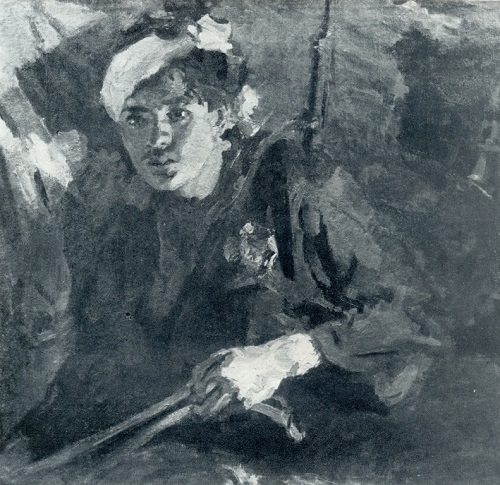 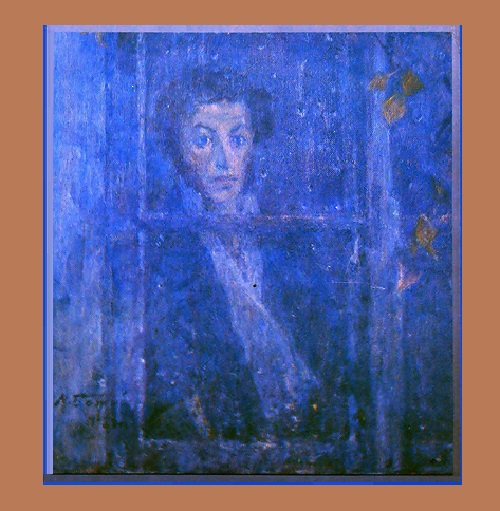 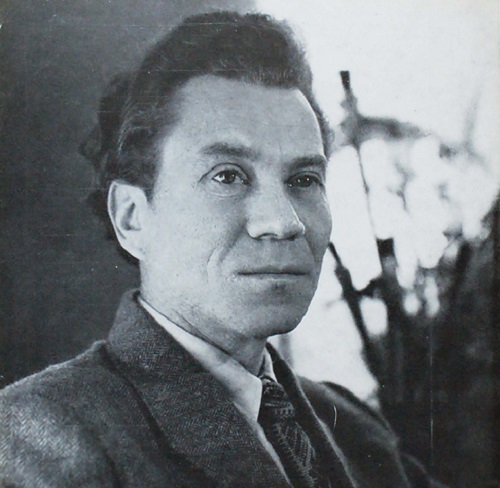 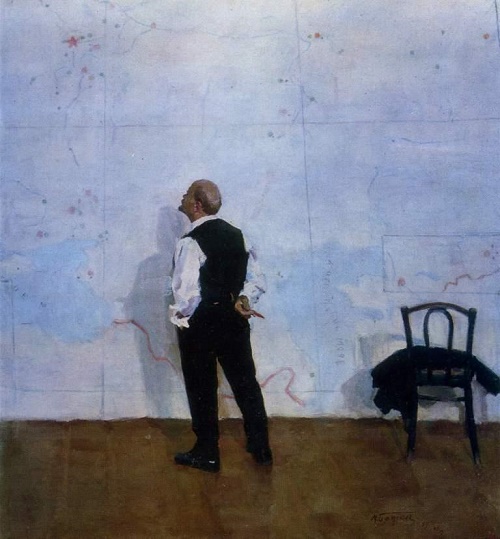 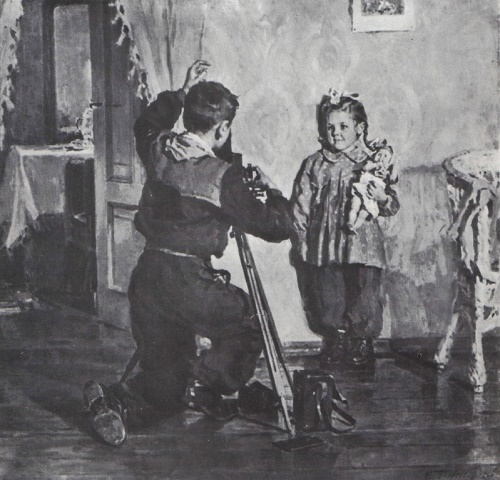 The end of working day 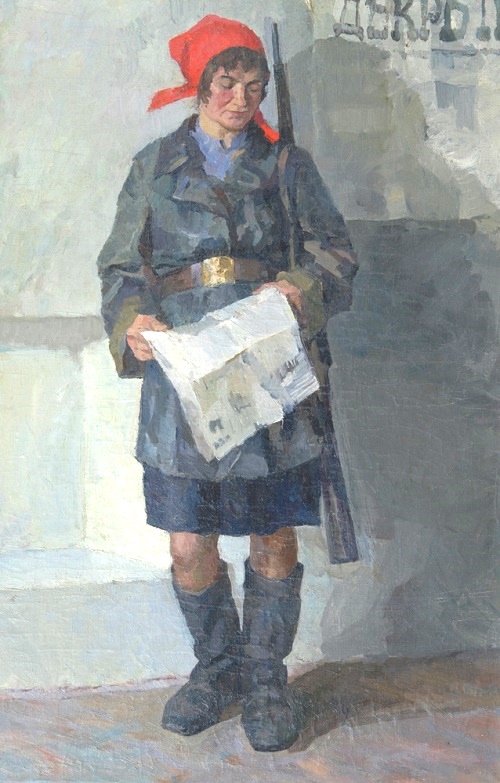