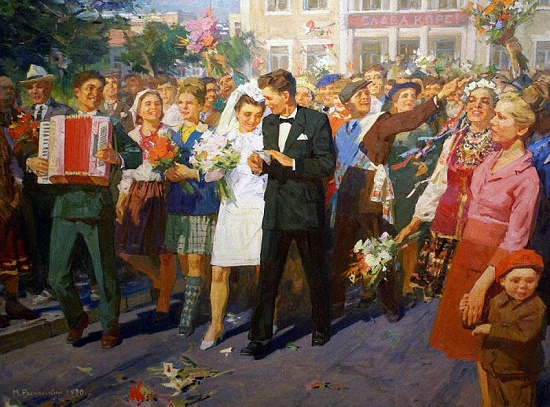 Born May 17, 1926 in the old Russian city of Taganrog, Mikhail Ryasnyansky showed his artistic abilities since the early age. Even a 3 year-old boy, in a kindergarten, he was called “artist”. Noteworthy, aged 10, during an art exhibition in Moscow, he received an award – diploma of fist degree, even among adult participants.
Mikhail Ryasnyansky participated in the Great Patriotic War – from September 1943 to April 1944. He was an ordinary of 305 infantry regiment of the 108th Guards Rifle Division. However, demobilized in connection with a serious wound and concussion. Awarded the Order of the Patriotic War II degree and medals: “For courage”, and “For victory over Germany”.
After demobilization, in 1944-1947 he studied at the Rostov Art College of M.B.Grekov. Then, worked in the Rostov branch of the art fund (1948-1950). In addition, he studied at the painting faculty of the Kiev Art Institute, workshops of prominent Soviet artists T. Yablonskaya and S. Grigoriev (1950-1956). 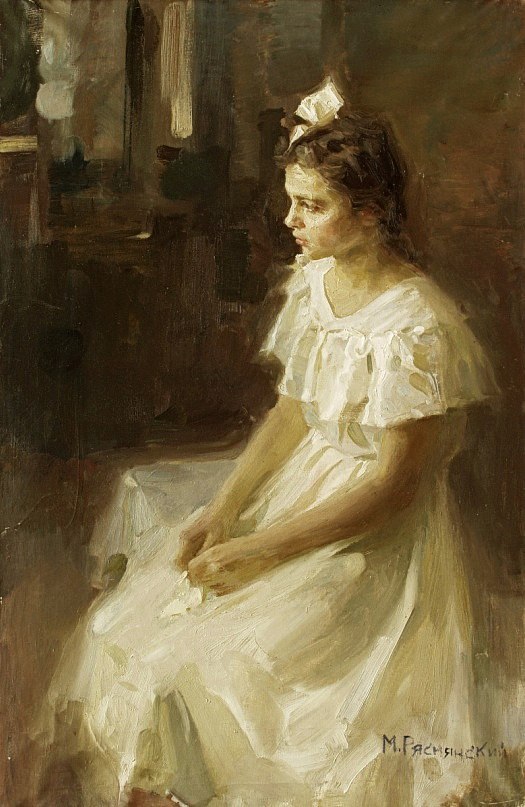 A girl in a white dress

Soviet Ukrainian artist Mikhail Ryasnyansky was a permanent participant of art exhibitions: regional (since 1948), republican (since 1956), all-Union (since 1965), and foreign (since 1961). Working mainly in the field of easel painting, Ryasnyansky was the author of genre works (including a historical theme). A master of landscape and portrait, the artist had 30 personal exhibitions.

Honored Artist of the USSR (1976). People’s Artist of Ukraine (2001).
Mikhail Alekseevich died in 2003 (Nikolaev, Ukraine). His works are in the National Art Museum of Ukraine, the Nikolaev Art Museum, in museum and private collections in Ukraine, Russia and abroad. 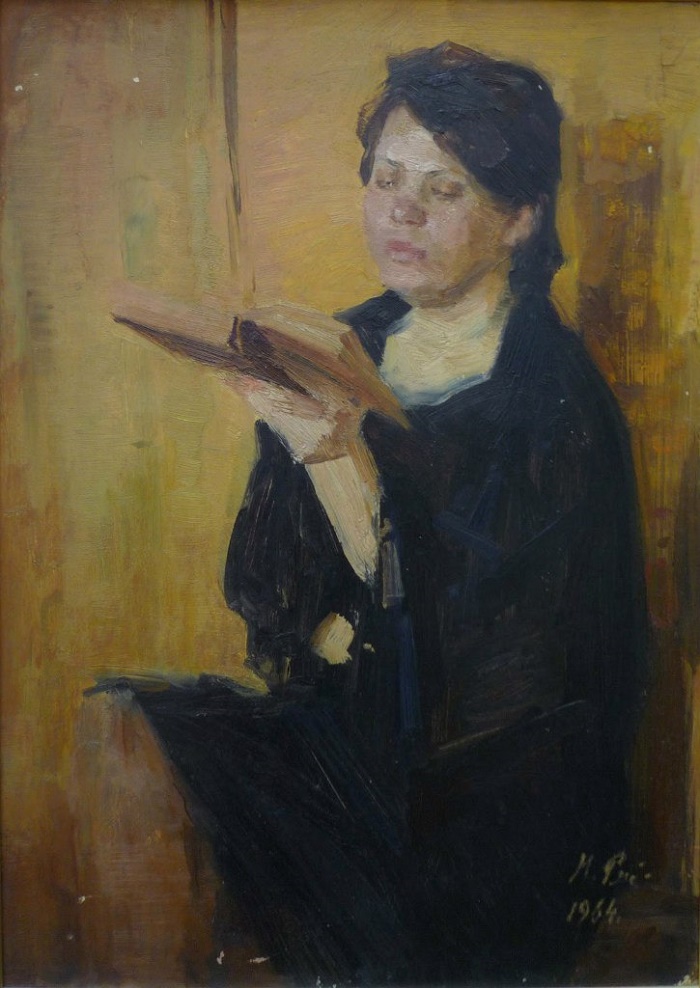 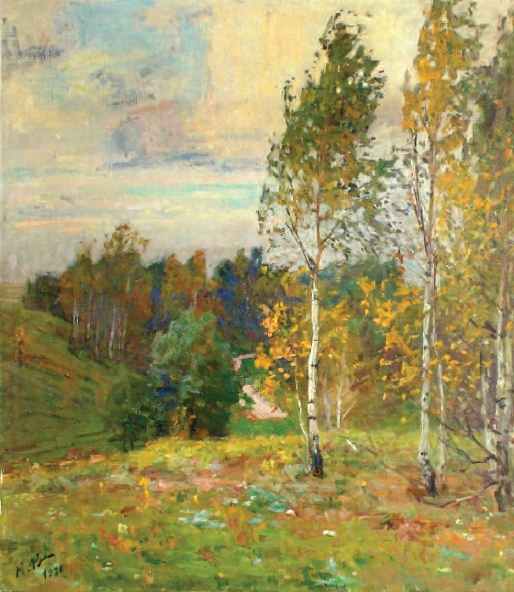 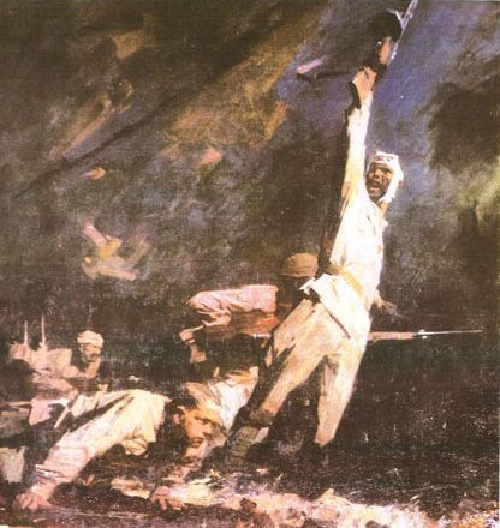 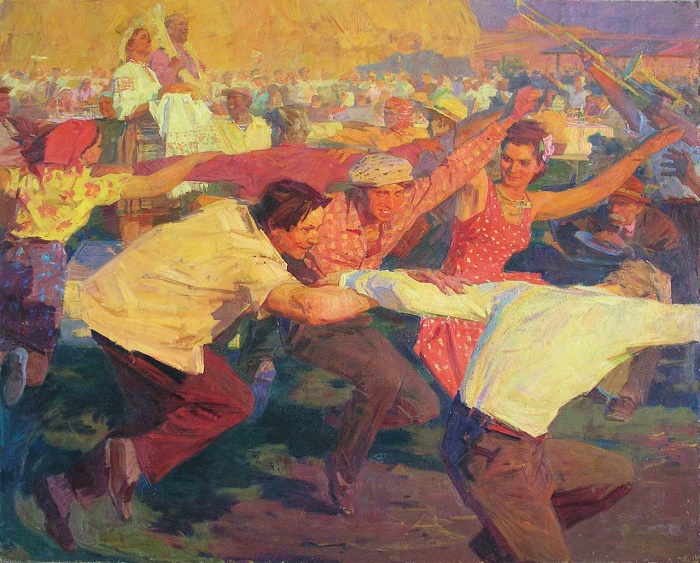 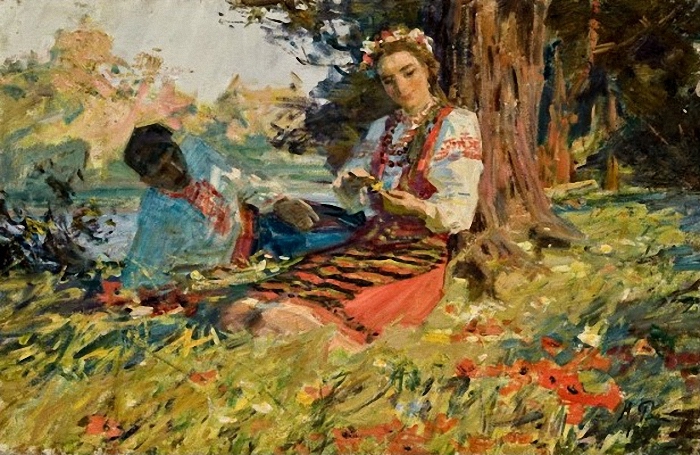 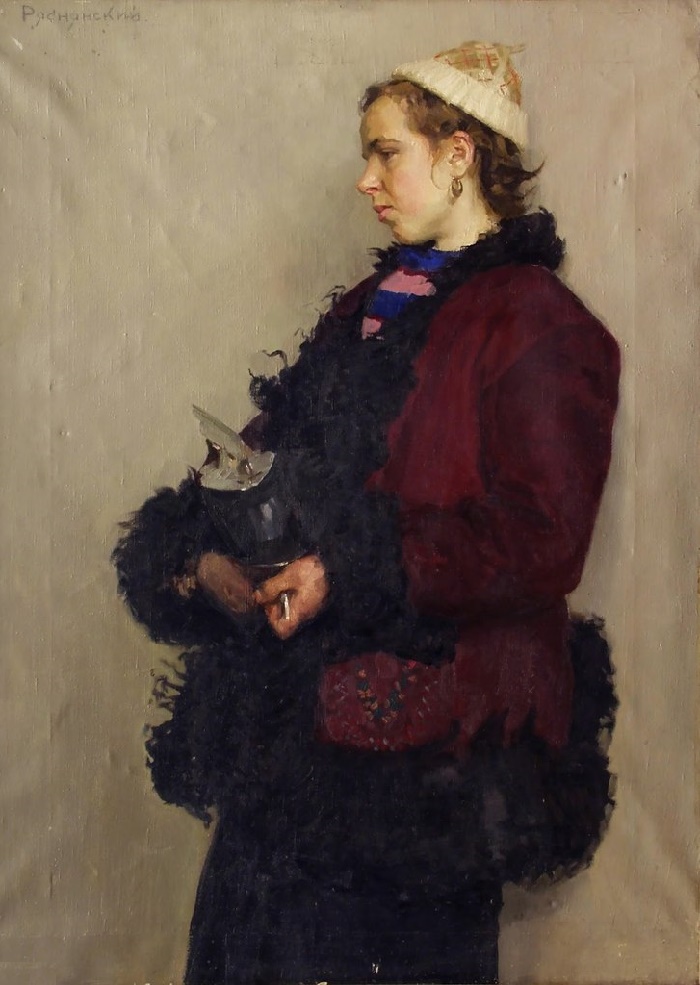 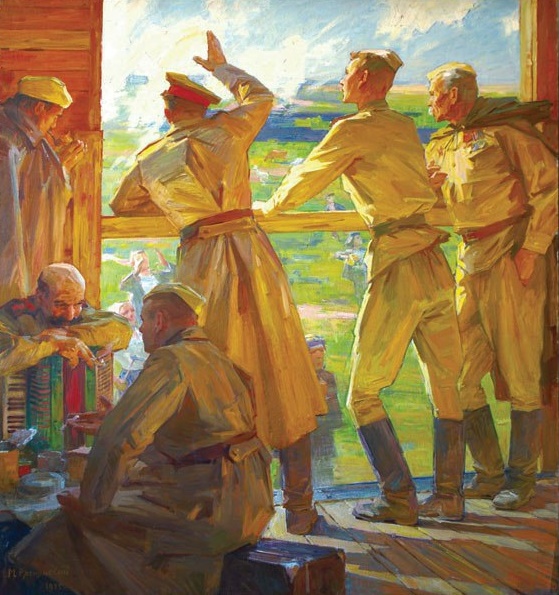 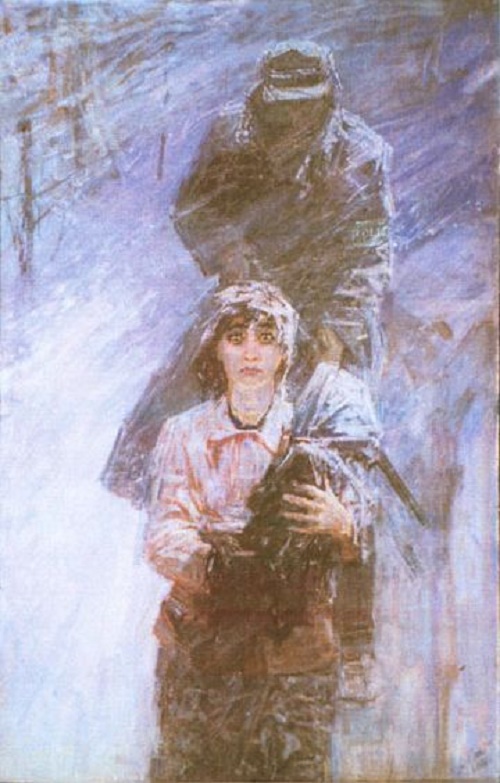 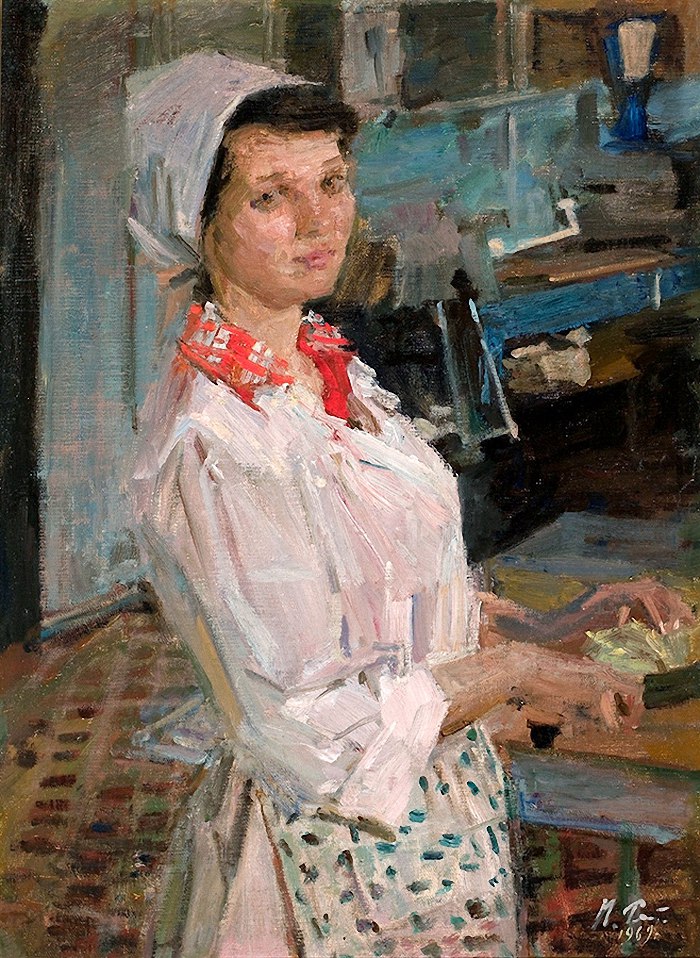 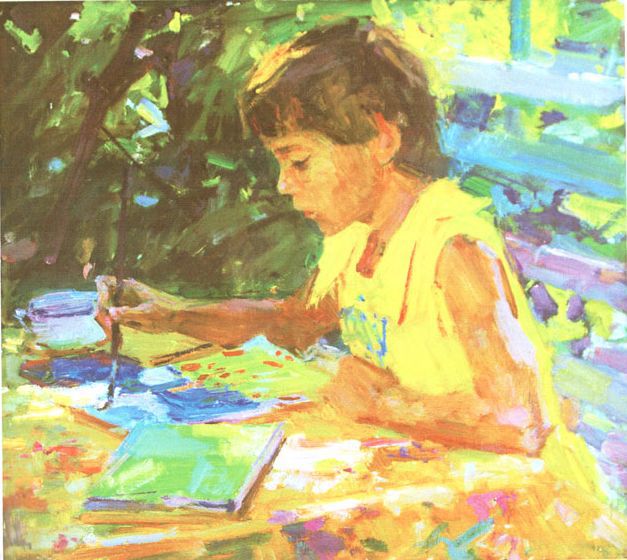 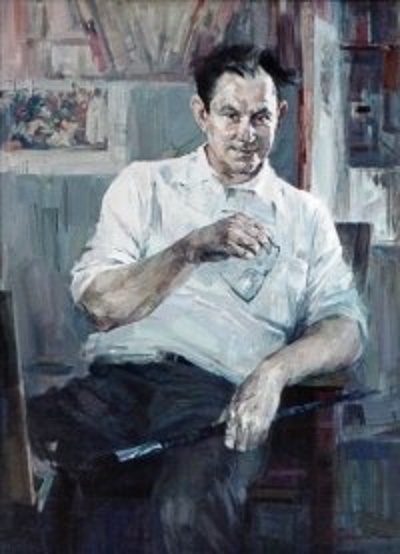 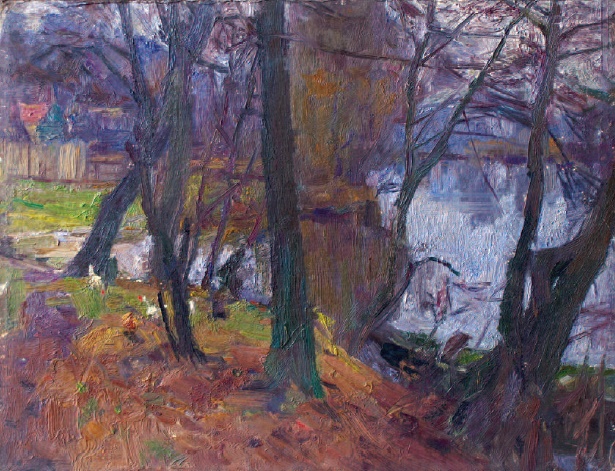 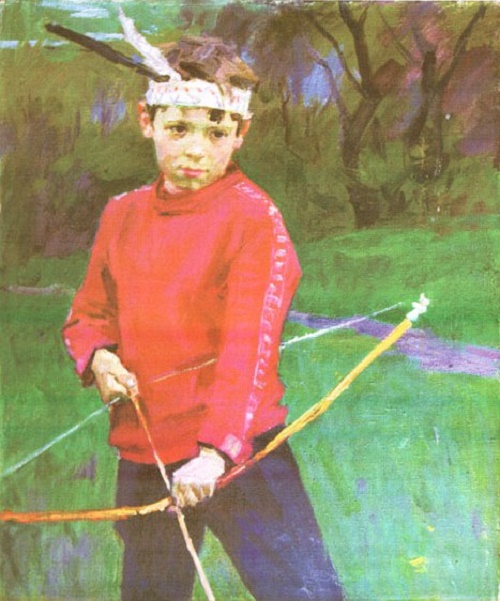 The leader of the Redskins. Portrait of son. 1974 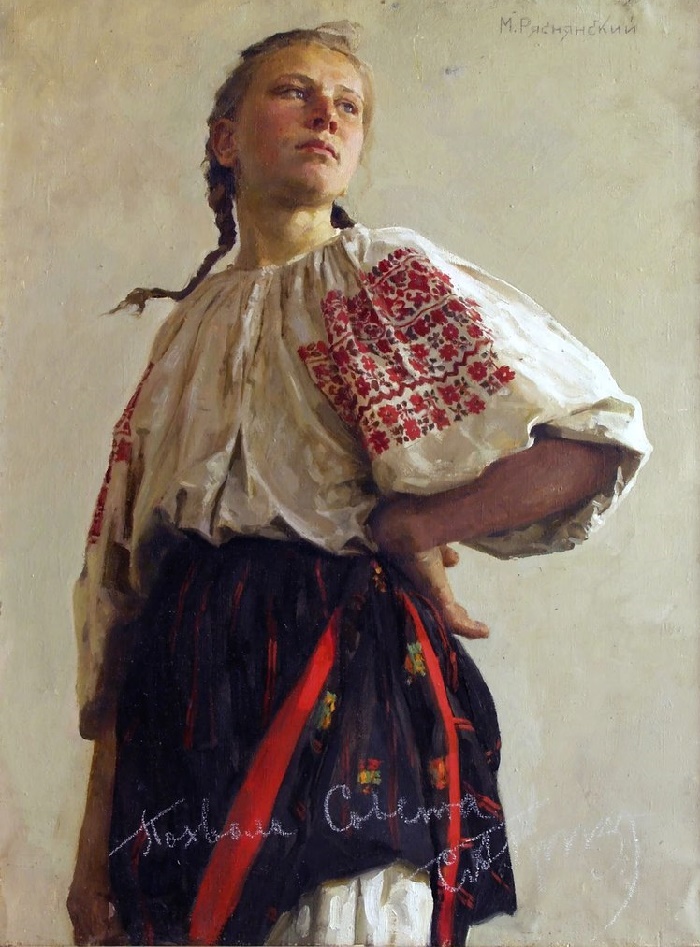 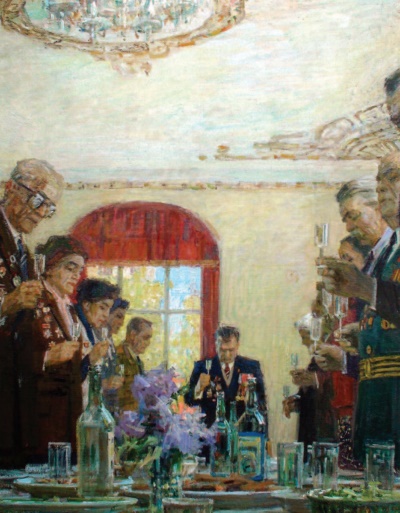 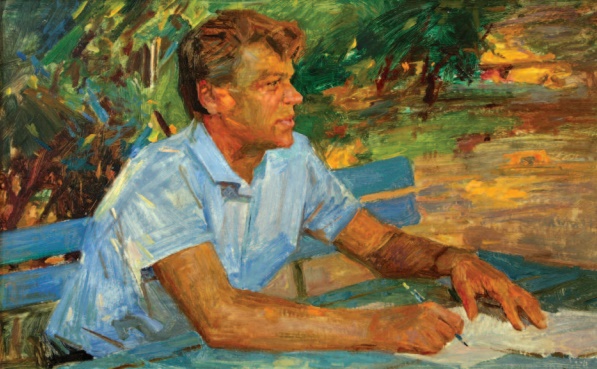 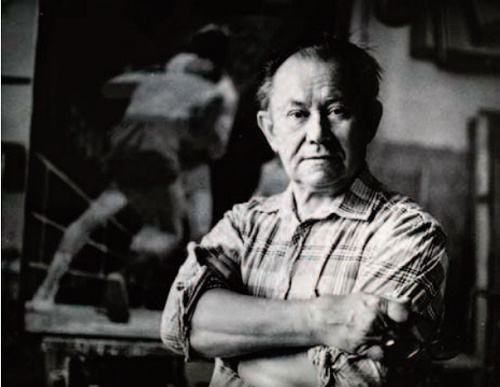 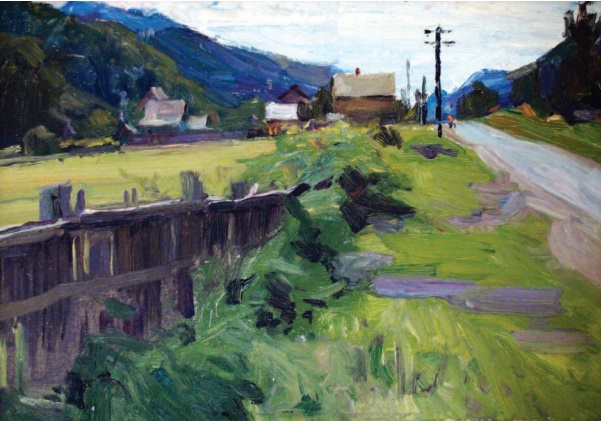 Village in Moldavia. 1958. Oil on cardboard