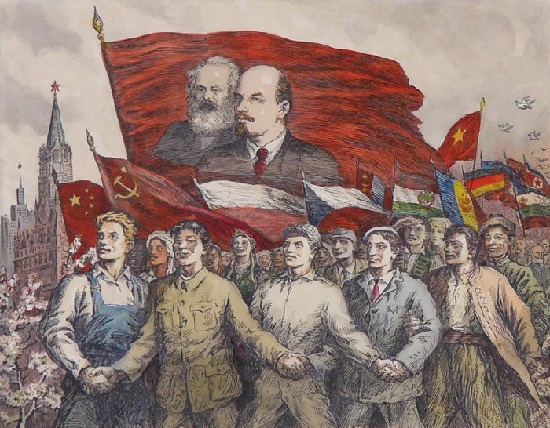 Awarded honorary titles and distinctions of the Soviet state, about Kasiyan, published many books, albums, and art articles. With high dignity he carried the people’s trust: three times in a row – elected to the Supreme Council of Ukraine. The art of Kasiyan is a world of exciting images, seen in life and inspired by the historical past, books by Taras Shevchenko and Ivan Franko, Lesya Ukrainka and Olga Kobylianska. Images of the past, images of the Soviet era … In the work of Kasiyan lives a memory of the past of Ukraine, and the life-affirming spirit of the Soviet days.
Soviet Ukrainian graphic artist Vasily Kasiyan said: “Creative inspiration feeds on vital, earthly sources, it does not fall from heaven at all. Only during intense, tireless work does inspiration appear as a result of the development of the conceived business.” According to him, the basis of inspiration is, first of all, the artist’s connection with life, with the people. 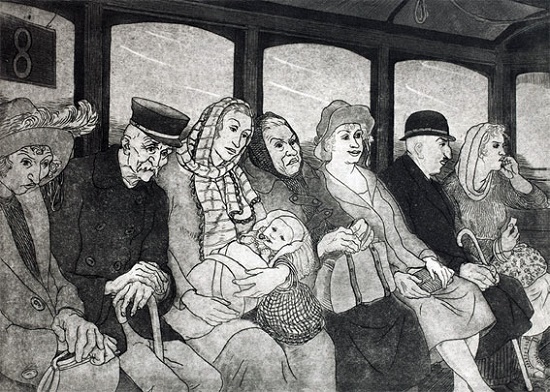 These words, if correlated, compare them with all life, with all the artist’s works, filled with a special meaning. Born in the family of a poor Carpathian peasant he grew in Hutsul hut, and knew exhausting work from infancy. However, generous nature, poetic legends and picturesque way of life served as a contrast to the need. He will tell about it in the engravings-illustrations to Stefanik’s novel “Maple Leaves”. Many of whose motifs are from childhood memories … The bloody horror of the imperialist war was in his youth. The Austrian army, the fighting on the Italian front, the wound, the years of captivity, the Cassino camp. On a foreign land in post-war Europe comes the awareness of the contradictions of capitalist society, sympathy for the oppressed proletarians, and positions formed in the class struggle.

And then Prague of the 1920s: young people who came to study at the Academy of Fine Arts knew trenches and field hospitals, poverty in the village, and contrasts of the city. The center of the new trend – “social graphics” – is the workshop of Max Shvabinsky. Under his leadership and with his active support, young artists created works that were a protest against his suffering and lack of rights. Could Vasil Kasiyan, who had known poverty from his childhood and then the hardships of war and captivity, turned out to be on the sidelines? The unemployed, the poor, the workers of Prague’s factories – Kasiyan boldly follows the path of generalizations of a social nature. In the depiction of his heroes, he outlines one thematic line: how capitalist exploitation destroys both the human soul and flesh.

He becomes famous. Henri Barbusse reproduces on the cover of the magazine “Mond” his engraving “Short rest”, accompanied by a bitter-ironic comment: “Sweet rest”.

The first acquaintance on the Soviet land with the artist Kasiyan took place a month after his arrival – in March 1927, at the exhibition of the Association of Revolutionary Art of Ukraine. There he exhibited his Prague works. And after that, at the all-Ukrainian anniversary exhibition “10 Years of October” he showed new engravings created already in Kiev. In particular, “Arsenaptsy”, “Hero of Perekop”, and “Perekop”. These were portraits of Artem and other glorious fighters of the revolution with their ideological depth, revolutionary passion were a real event. The growing popularity of Kasiyan was due to undeniable talent and high professionalism. Also, because of the activity of the artist’s attitude towards the events of the recent beautiful and terrible years, which were alive in memory. The sharp journalistic nature of the images combined with the vivid force of persuasion.

And with this Kasiyan entered the Ukrainian art, and the Soviet art. The meaning of all his subsequent works, all his work consisted of affirming the heroics of the revolutionary struggle. The high spirit of the people in the ways of his history, in the creation of a new world. In large and large-scale generalizations, in the pathetics of metaphors, hyperbole, the creative nature of the artist and the enthusiasm that the people and the country possessed are expressed. His works – a series of etchings “Lenin and Ukraine”, engravings about the fighters of “Arsenal” and Perekop, the series “Donbass”, “Dneprostroy”, “Kiev metro-builders”. In addition, posters of the war years, illustrations for Ukrainian classical literature, etchings, lithographs on the themes of life And creativity of Taras Shevchenko.

“Not only to see, but also to see in life the main, most important thing” – Vasily Ilyich often repeated these words. To see the main thing. No, not just curiosity, but a sense of ownership of everything that happens in the country. The construction of the Dnieper hydroelectric power station, then of the Donbas mine, the shops of the metallurgical giants of the Dnieper region, the collective farm fields of Tavria are all stages of the artist’s path. They were the stages of the country’s growth, the artist went with his country.

Certainly, the peculiarity of the most creative individuality of Kasiyan, the combination in him of the personality of the artist and the researcher of life determined the development of his art. And if we build together images of Kasiyan’s works on a single verification, then with all the differences, they will have a feeling of high pride – pride, which we now define as the national pride of the Soviet man.

Even in his youth, in the 1920s, his choice was dictated by time. The era of the revolution found in graphics exactly that sharp and clear, laconic and dynamic language, addressed to the masses, which it needed. The process of the formation of the art of engraving and print took place everywhere. It carried away Kasiyan, and carried away for life.

According to the artist, Love of art is above all. “There is no greater real inner joy in the world than the consciousness that it is necessary for society, and it makes people better, and happier”. These are lines from the foreword of the artist himself, written by him to the album of his engravings. Vasily Ilich Kasiyan had a high right to say so. 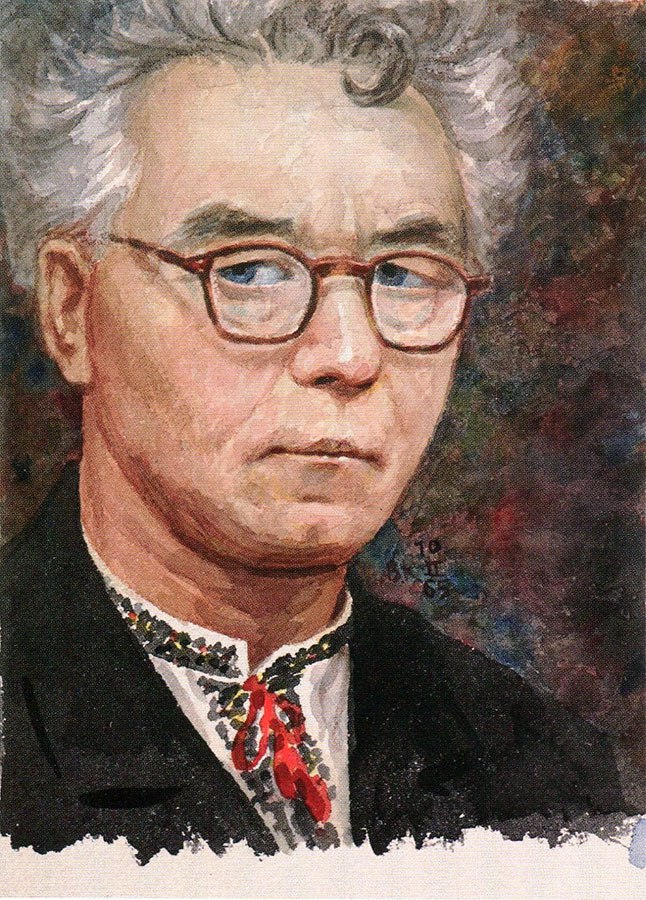 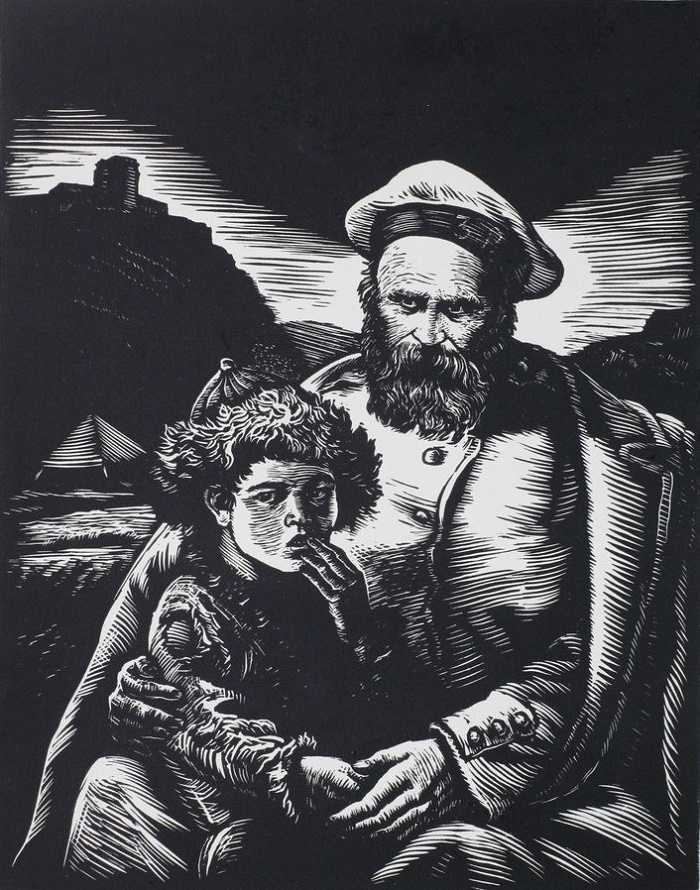 A grandfather with a grandson 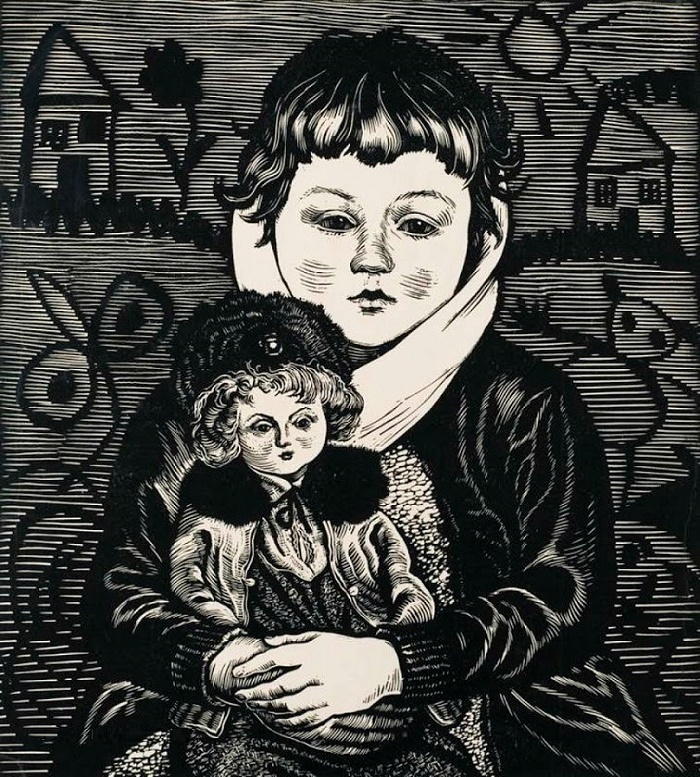 Artist’s daughter with a doll 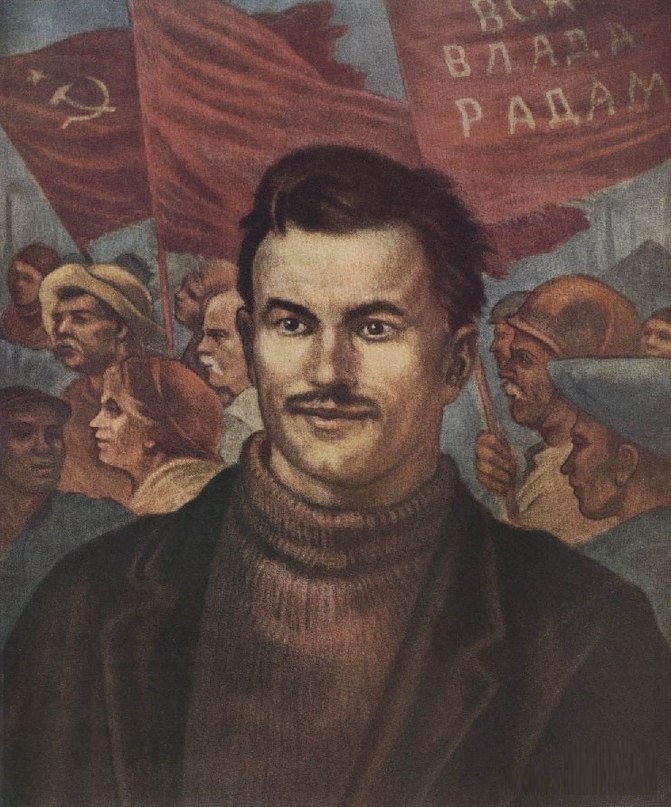 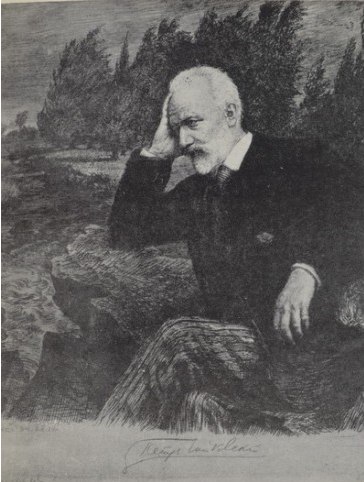 Chaikovsky in the Ukraine. Etching 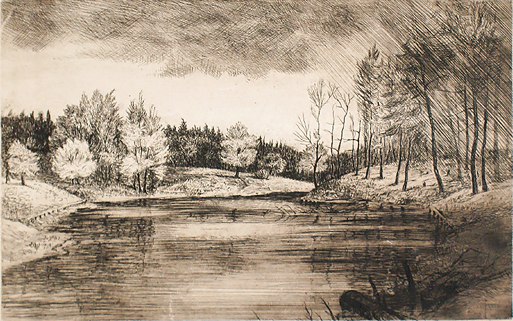 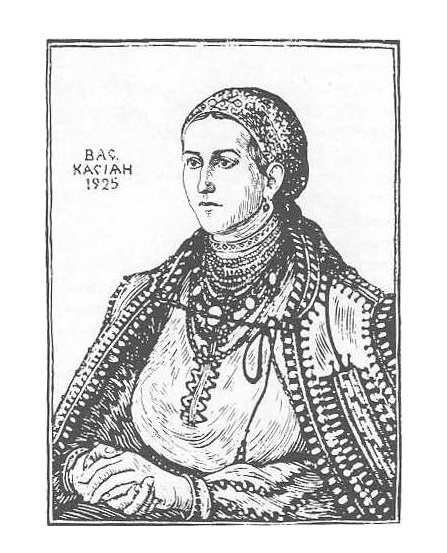 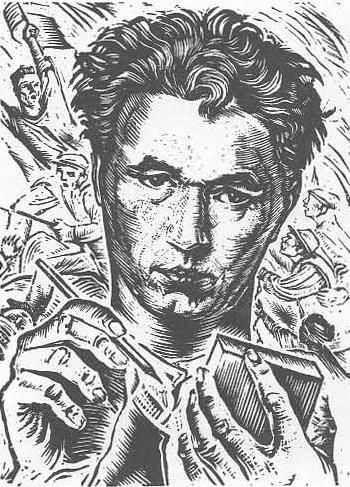 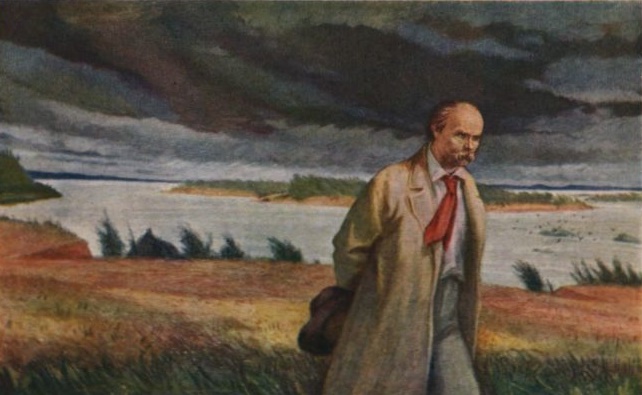 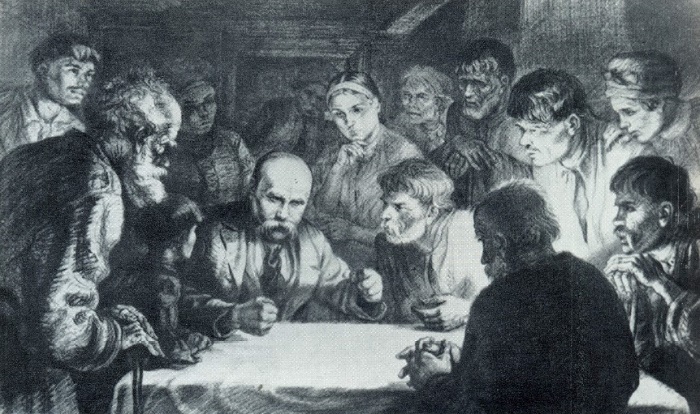 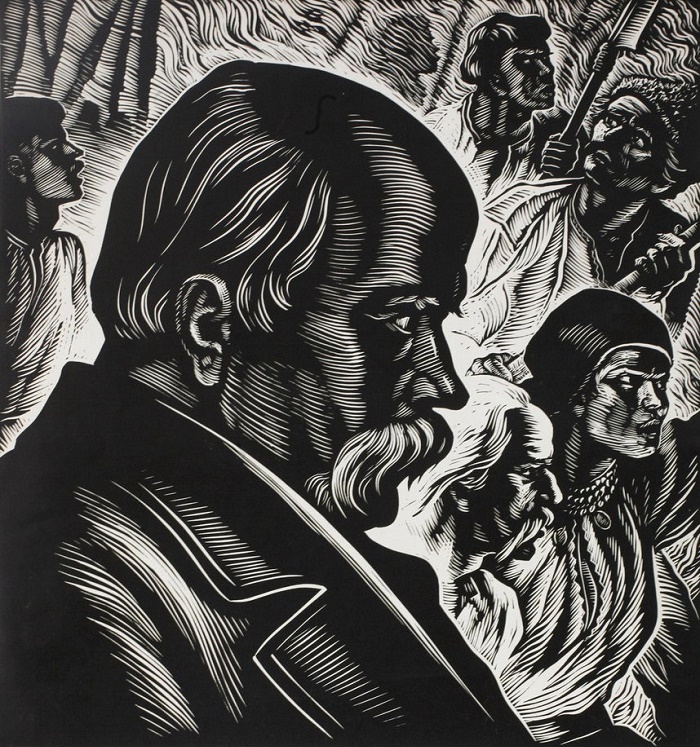 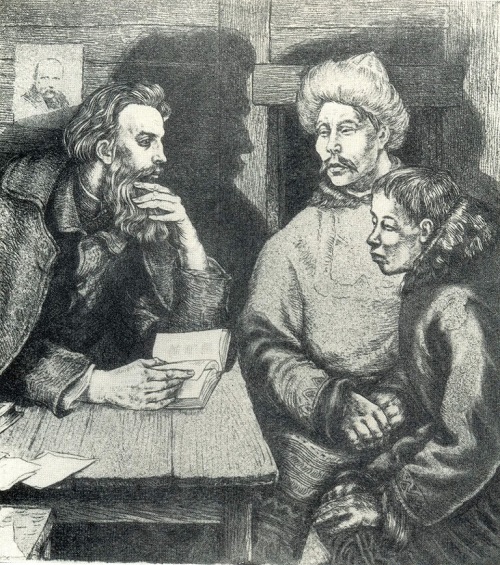 Illustration to the poem of Lesya Ukrainka ‘One Word’. 1970. Etching, aquatint 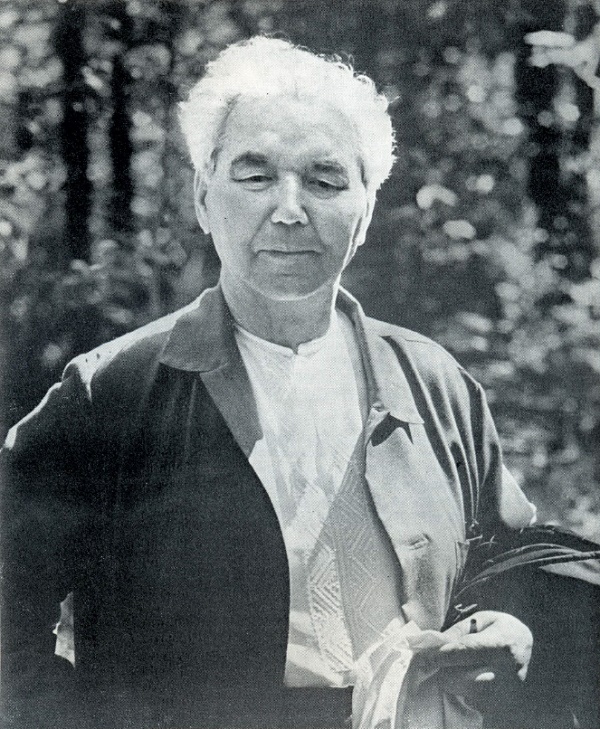