Soviet Ukrainian artist Evgeniy Volobuev
Born in the village of Varvarovka of Kharkov region, Evgeniy Volobuev – Soviet painter, Honored Artist of the Ukrainian SSR, People’s Artist of Ukraine.
According to Evgeniy Volobuev, all his life he painted only what he worried about, and mostly worked in the genre of easel painting. “And this is a great luxury.” “Perhaps, in the sense of the good things I lost, I definitely lost, but in the main, I think, I won … Yes, otherwise I could not work”, said Yevgeny Vsevolodovich.
Volobuev grew in the family of rural teachers. He spent his childhood and youth in Kursk province of Russia, where he began his artistic education under the guidance of the artist NN Arshinov. Later, he graduated from the Kharkov Art College (1928-1931), where he studied in the workshops of AA Kokel and I.Z. Vladimirov. In addition, he received art education in the Kharkov Art Institute (1931-1934), workshops of MA Sharonov and SM Prokhorov. Also, until 1940 he studied at the Kiev Art Institute, the workshop of F.G. Krichevsky and D.N. Shavykin. And after graduation, he taught art in the Kharkov Art College, and then at the Kharkov Art Institute. 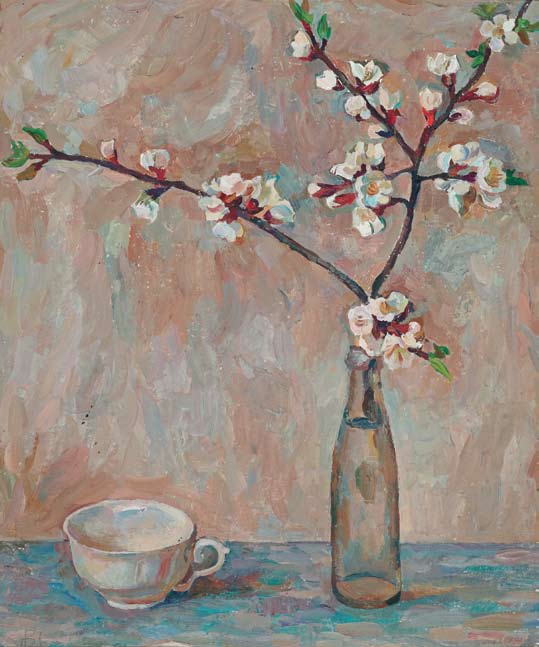 Since 1938, Evgeniy Volobuev has become the permanent participant of republican, all-Union, and international exhibitions of Soviet art. In 1939-1940 he taught at the Kharkov Art College, and then at the Kharkov Art Institute as an assistant professor M.Kozik.

Drafted into the Red Army in 1940 he participated in the first battles on the Western Front as part of the 660th Infantry Regiment. However, taken prisoner in June 1942, until the end of the war he was in the fascist camps of prisoners of war, then worked as a farm laborer at a Latvian landowner. In 1945, after the liberation from the camp by the Red Army, he continued to serve. In late 1945, demobilized in the rank of privates.

After the war he settled with his family in Kiev and began teaching art at school (1947-1954). And finally, devoted his life entirely to creativity and working in the republican branch of the Union of Artists, as the chairman of the fine art section. 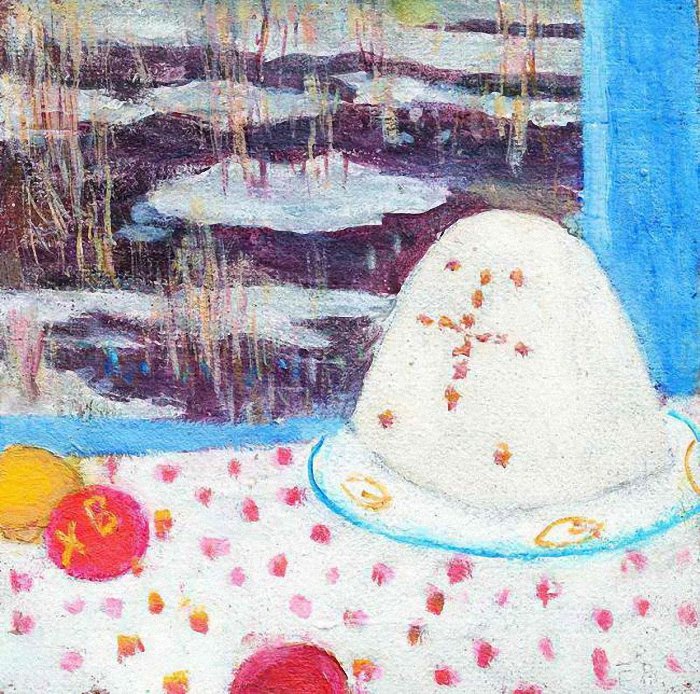 Meanwhile, at the end of the creative path, he gravitated more towards small forms and etudes. His heritage is not only paintings, but also students and his own children, also artists.
Evgeniy Vsevolodovich died on February 2, 2002. His works are in the State Museum of Fine Arts of Ukraine, the Russian Museum, in the art museums and galleries of Ukrainian and Russian cities. In particular, Dnepropetrovsk, Odessa, Lugansk, Zaporozhye, Chernigov, Cherkassy, ​​Kramatorsk, Kursk and Lgov. 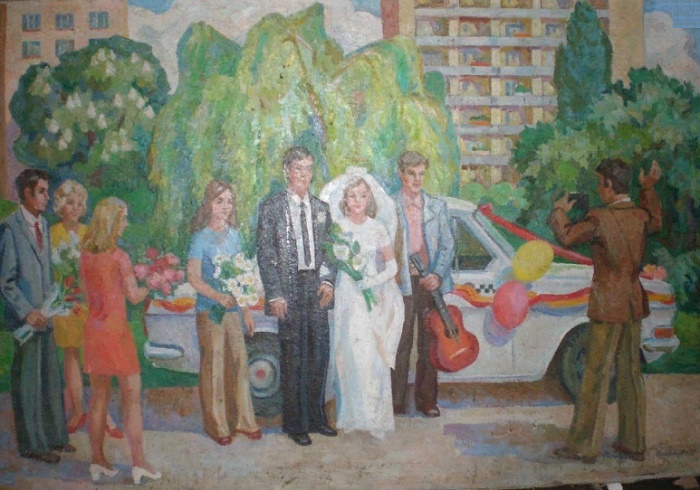 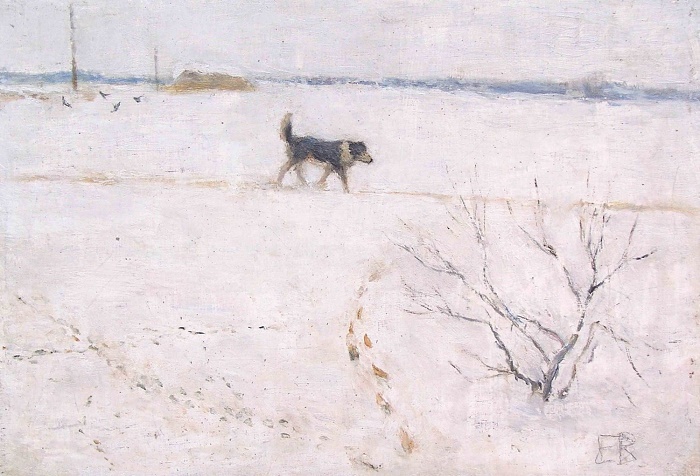 A dog is running through the field, 1984 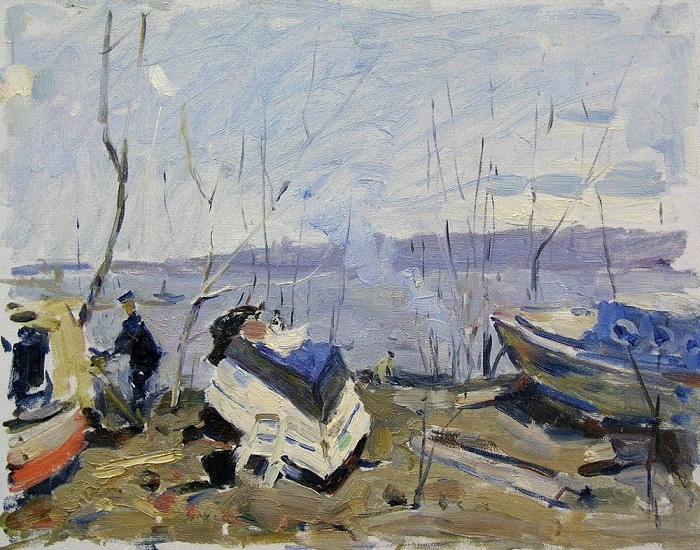 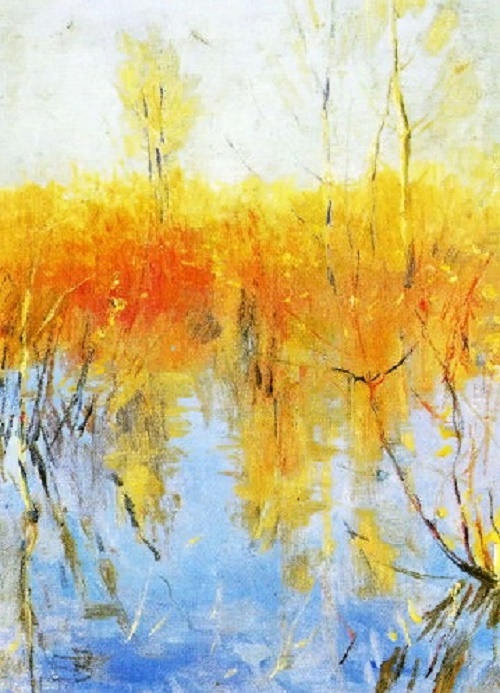 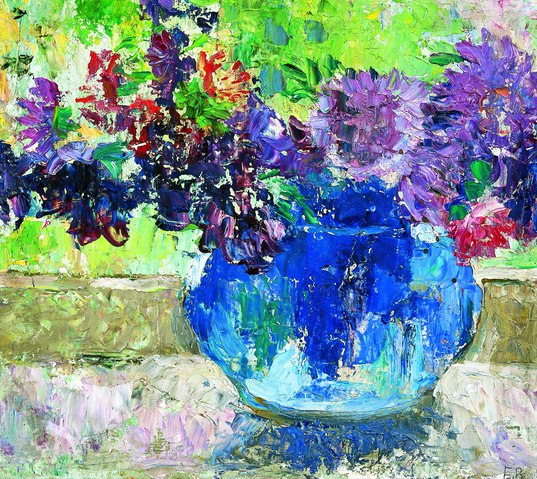 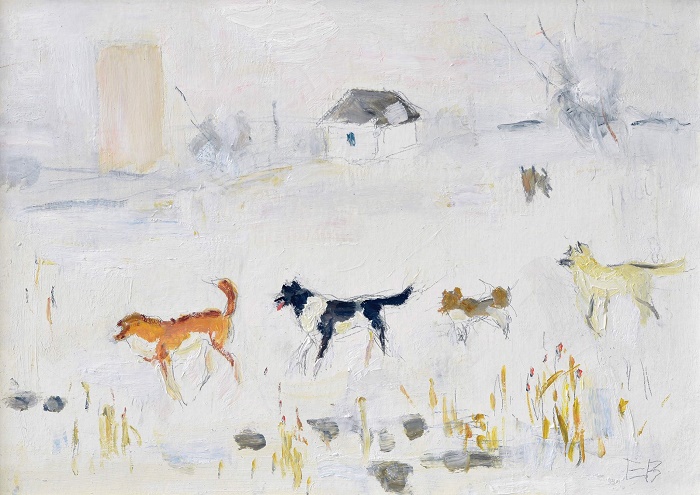 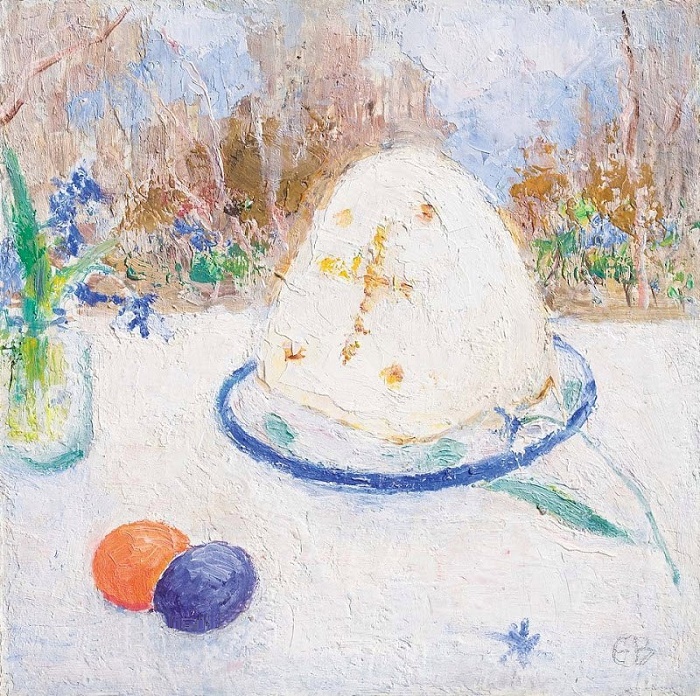 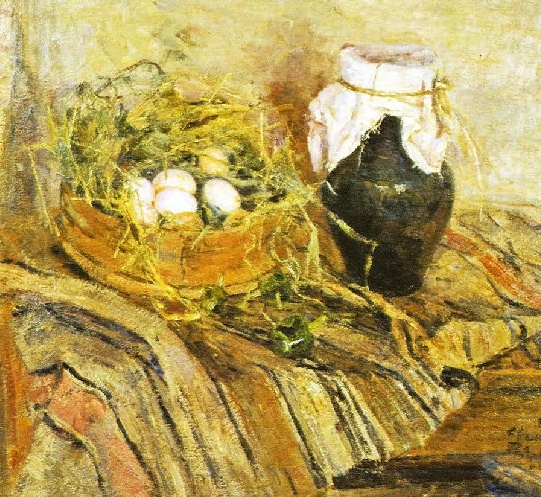 Eggs in the nest and jug, still life 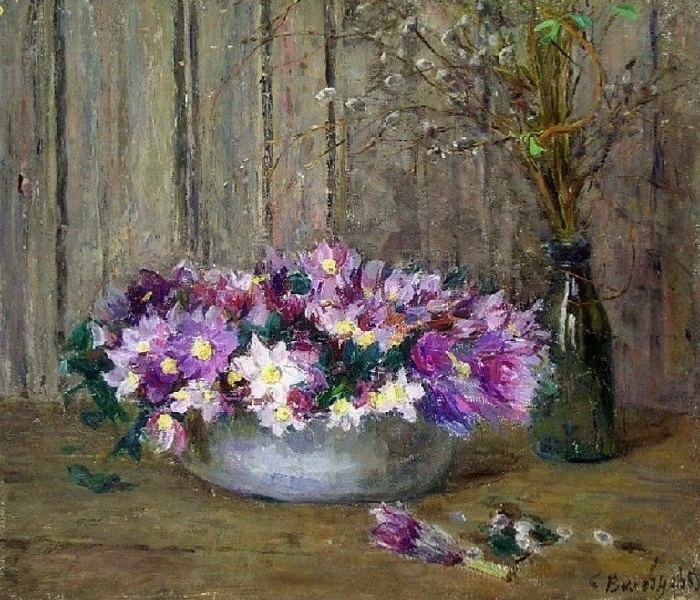 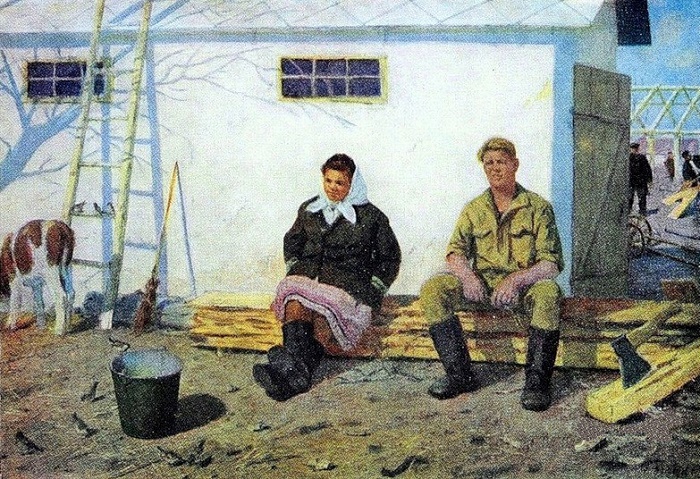 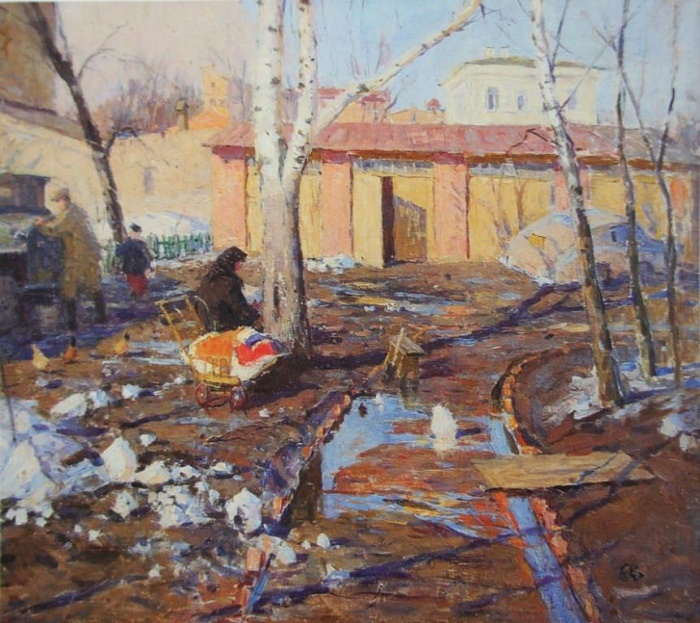 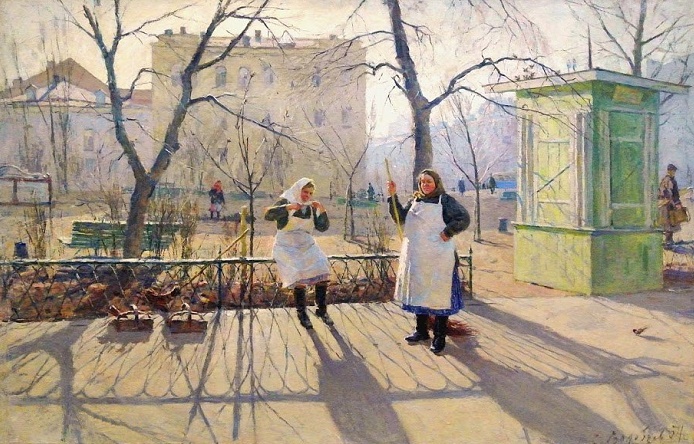 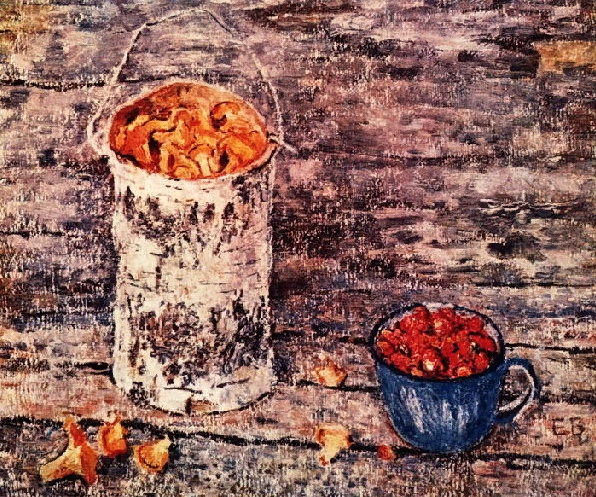 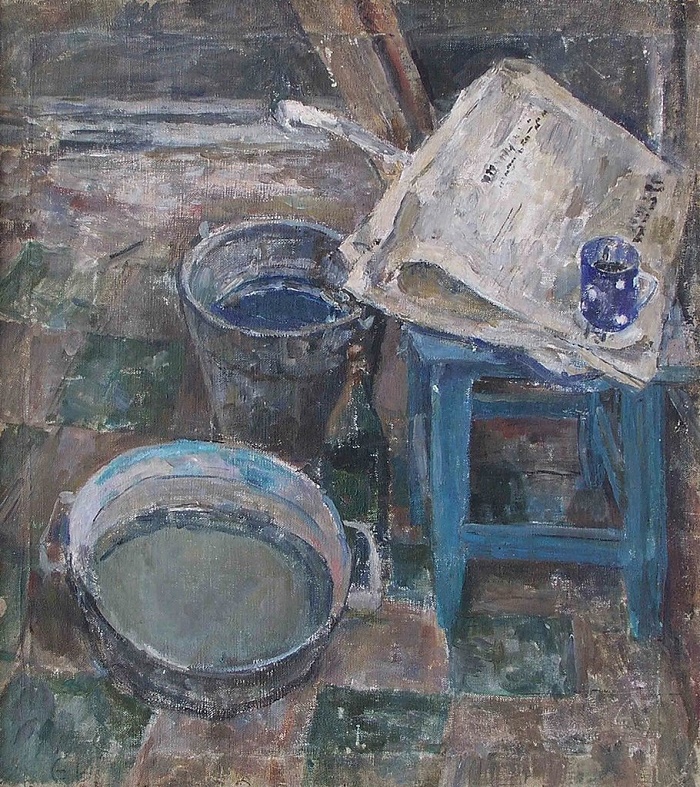 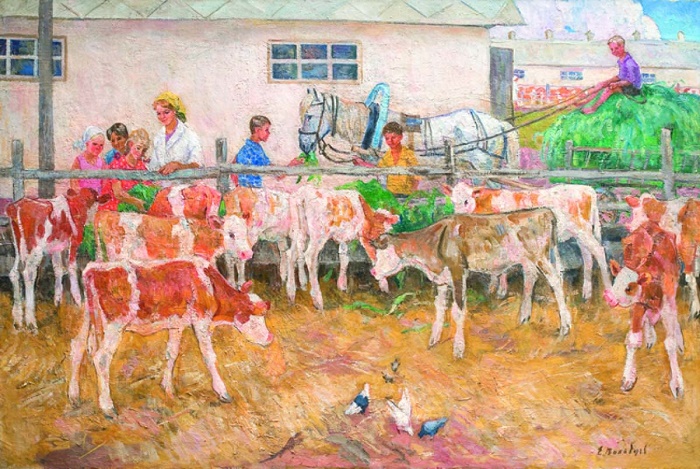 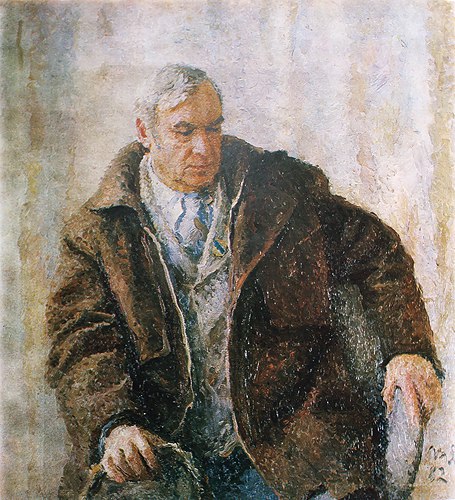 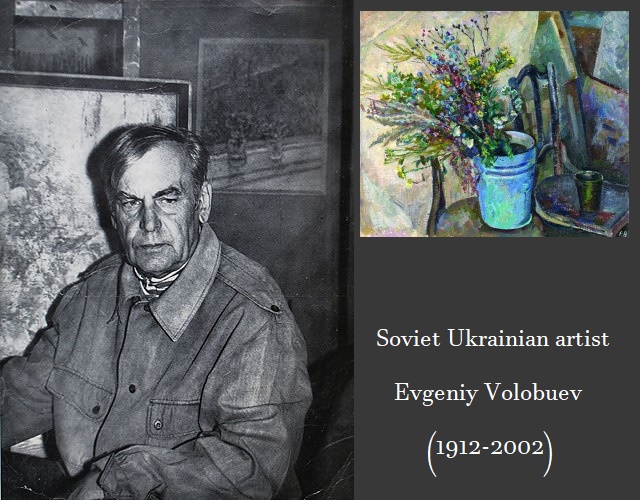 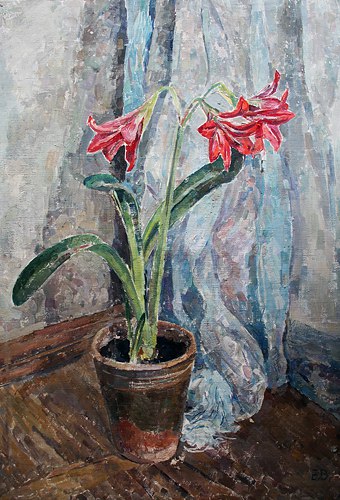 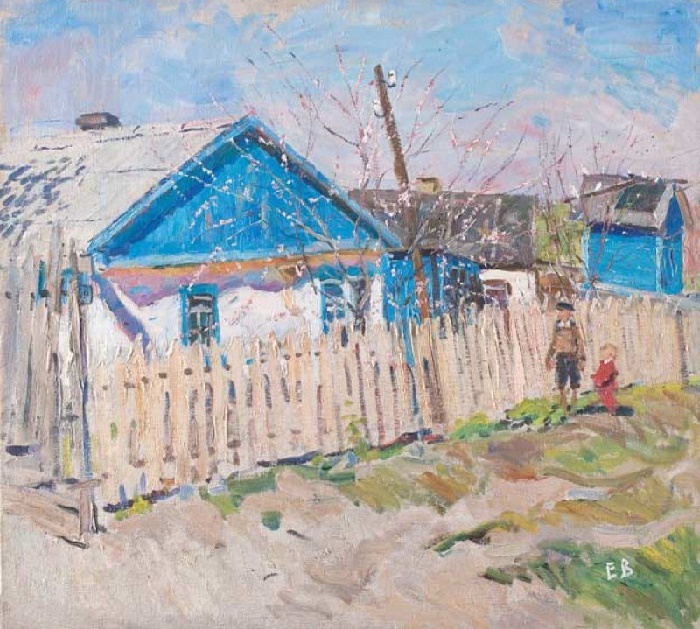 Summer in the village 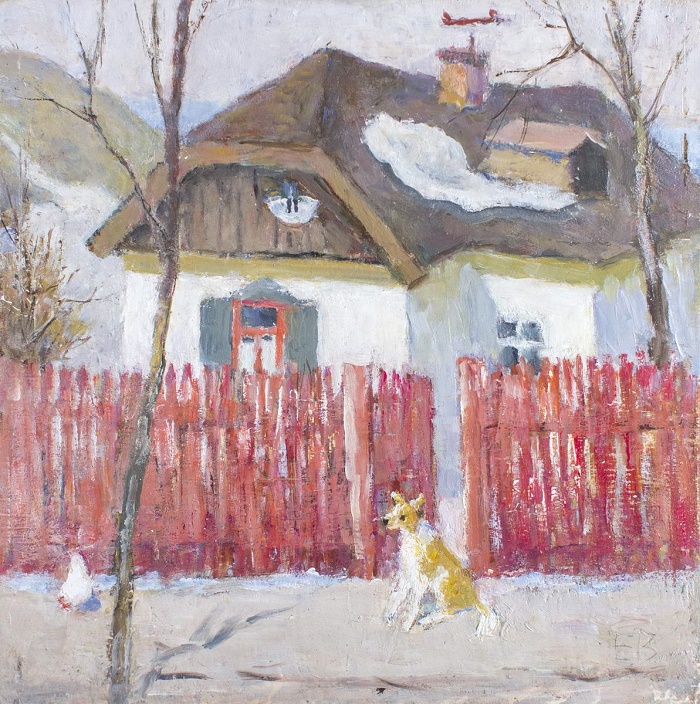