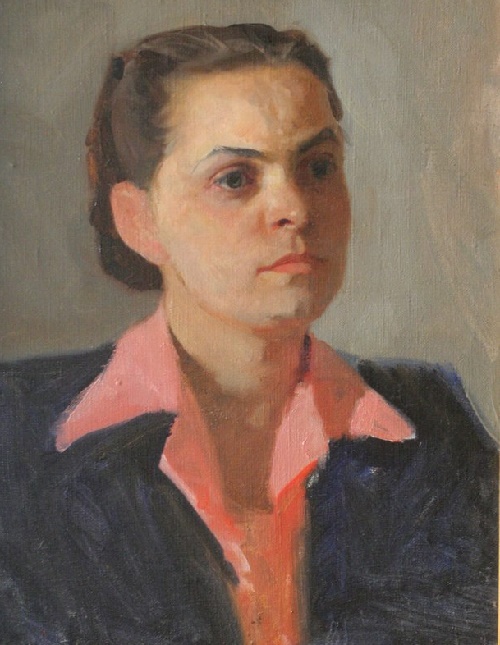 Soviet Ukrainian artist Leonty Koshtelyanchuk ((14 April, 1914 – 1984) – member of the USSR Union of artists. Born in Zhitomir, he studied in the Kiev State Art Institute, workshop of Soviet artist Alexey Alexeyevich Shovkunenko. After graduation, he taught at the Kiev Art Institute, Associate Professor. Talented Soviet artist mostly worked in the genre of portrait. He took part in many Ukrainian, all-Union and international exhibitions of Soviet Art (1950, 1955) in Moscow.
Leonty Filippovich died in 1984. His works decorate museums of the republics of the former USSR, as well as foreign museums. Lots of his works are in private collections in Russia, Ukraine, and abroad. 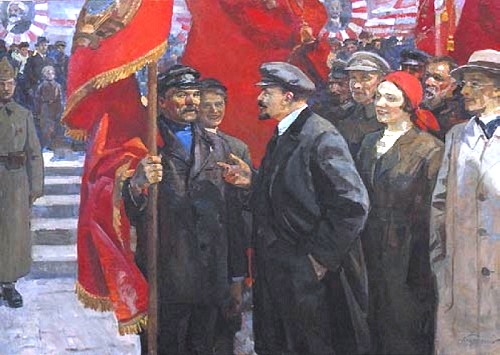 Lenin with workers on the square. 1979. Oil on canvas

Oil on canvas portrait of a woman

A girl in a shawl. Oil on canvas

Drawing – a man sitting at the kitchen table. Pencil

Pencil portrait of a girl

Portrait of a Young girl

Watercolor portrait of a girl

Woman in a shawl. Oil