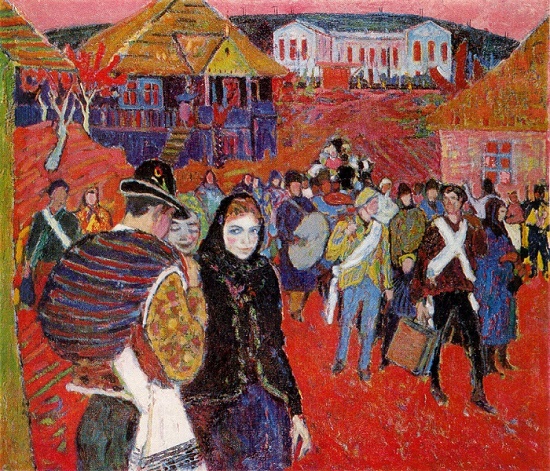 Soviet Moldavian artist Mikhail Greku (Mikhai Grecu) – Laureate of the State Prize of the USSR (1990), Honored Artist of the Moldavian SSR. Born 22 November 1916 in the village of Faranovka (now Odessa region), Mikhai Grecu studied at the Academy of Fine Arts in Bucharest (1937 – 1940). In 1947 he graduated from the Republican Art College in Kishinev. Greku is the author of paintings, landscapes, and still lifes. First of all, he was one of those artists who was purposefully seeking to enrich the language of modern painting. The sphere of his creative search includes the comprehension of the traditions of folk art, and the development of new principles of poetic narrative and pictorial metaphors. And also the experiments in the field of textural expressiveness (the triptych The History of One Life).
Meanwhile, in the painting “Seeing Off” (1965), the artist turns to his favorite theme – the life of the Moldovan village. The artist shows off the new recruits as a traditional autumn holiday. In the depiction of people, the acute characteristic is combined with the typical, which gives the images both authenticity and poetry at the same time. The artist creates the feeling of the holiday through juicy decorative elegance of the painting itself. 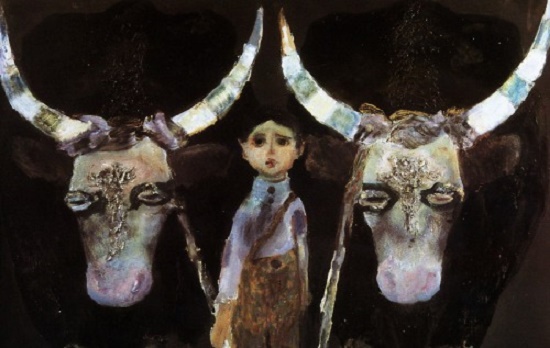 The left part of the triptych is ‘The Story of One Life’. Childhood

The author of more than 70 paintings, many of which he devoted to the history of the Moldovan people. The works of Mikhail Greku are distinguished by deep drama and emotional expressiveness of color. He showed himself as a talented colorist. From the beginning of the 1960s, the desire to poetic understanding of the life of the modern Moldovan village prevails in the work of the artist. Mikhail Greku paid special attention to the search for the national character of the artistic image, often resorted to primitive techniques and the emphatic convention of pictorial manner. 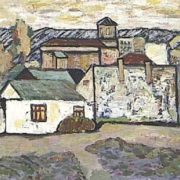 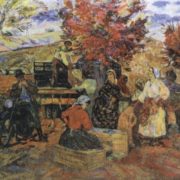 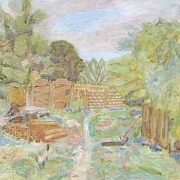 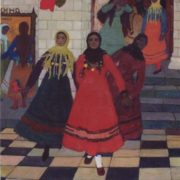 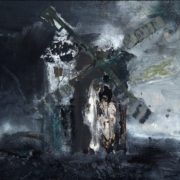 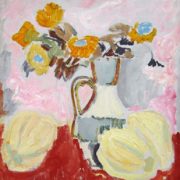 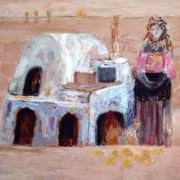 Stove in the field 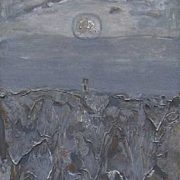 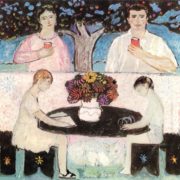