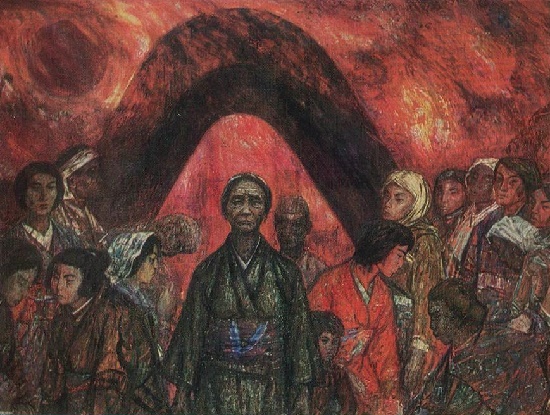 Soviet Estonian artist Evald Okas – People’s Artist of the USSR, Corresponding Member of the Academy of Arts of the USSR, and Honorary Member of the Florence Academy of Arts.
In the painting “Hiroshima” (1965), figures of people, shimmering silhouettes appear on a restless, hostile background. They seem charred in the colorful fire. A bright glow breaks from the center of the canvas, emerges through the rigid contours of the figures. All this fills the picture with mournful drama, and sounds like a formidable warning.
Born in 1915 in Revheim (now Tallinn), in 1941 Evald Karlovich Okas graduated from the Faculty of Painting of the Tallinn State College of Applied Arts. First time he participated in exhibition of Soviet Art in 1939. During the Great Patriotic War of 1941-1945 he was in the Soviet Army and served in a team of Estonian artists in Yaroslavl. Since 1944 he taught at the Art Institute of the Estonian SSR and Tallinn (since 1954 – professor).
Okas is the author of thematic paintings, portraits, and landscapes. The artist’s canvases store his immeasurable excitement in the face of large and small phenomena and events of the present day, interest in fates and people’s characters. Among his major works – “Residents of the Coast, Fishermen”, “Plant Construction”, “Horsemen”, “Burning Tiger”, “Estonian Girls”, and more. 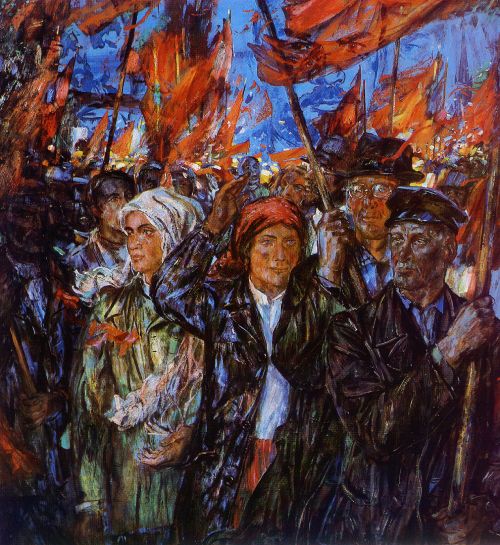 By the Decree of the Presidium of the Supreme Soviet of the USSR of November 27, 1985, the People’s Artist of the USSR Evald Karlovich Okas received the title of Hero of Socialist Labor with the award of the Order of Lenin and the gold medal “Hammer and Sickle”. Full member (academician) of the USSR Academy of Arts (1975), Okas was repeatedly Laureate of the State Prize of the Estonian SSR (1947, 1948, 1950, 1959, and 1965).

In 1961, for the graphic sheet “Gas Plant” (1959) from the series “Slate Industry of the Estonian SSR” he received the prize of the Fourth International Graphics Exhibition in Ljubljana. Besides, the silver medal of the Academy of Arts of the USSR in 1962 for a series of lithographs (1961) and travel notes In Italy (1961), as well as engraving “Construction of a cement plant” (1961). Also, Silver medal of MB Grekov (1973) for creative work on the theme of the Great Patriotic War and for illustrations to the works of Soviet writer MA Sholokhov (1945-1973). 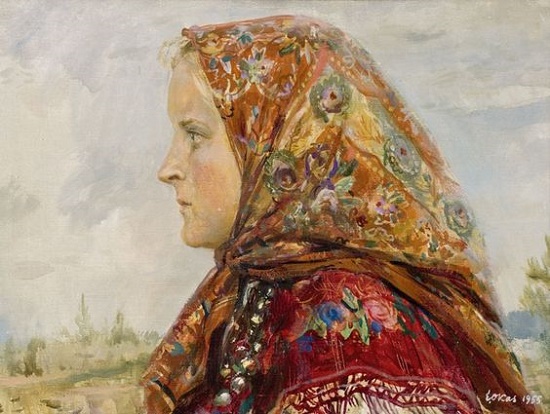 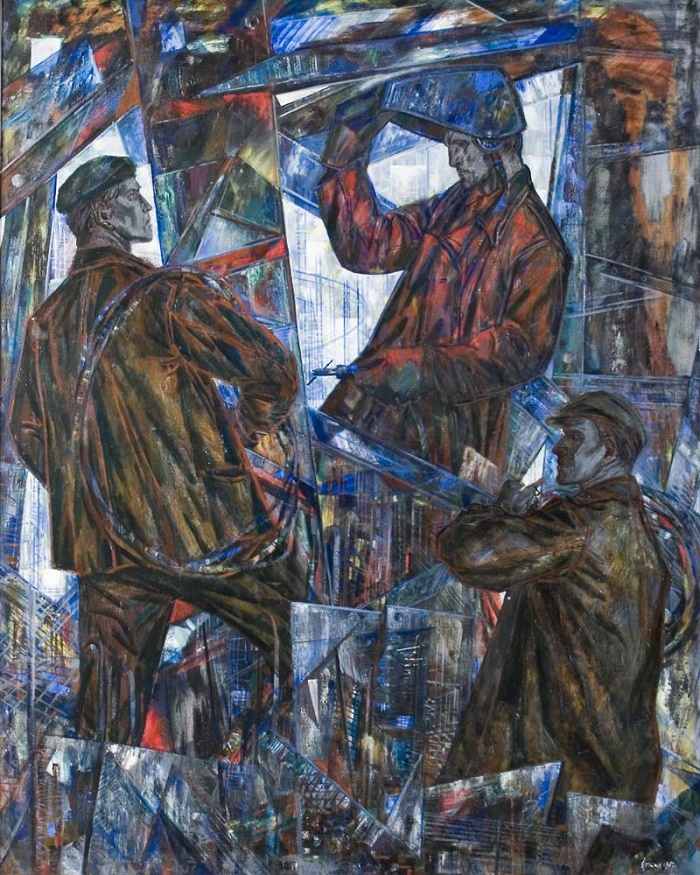 At the construction of plant. 1967 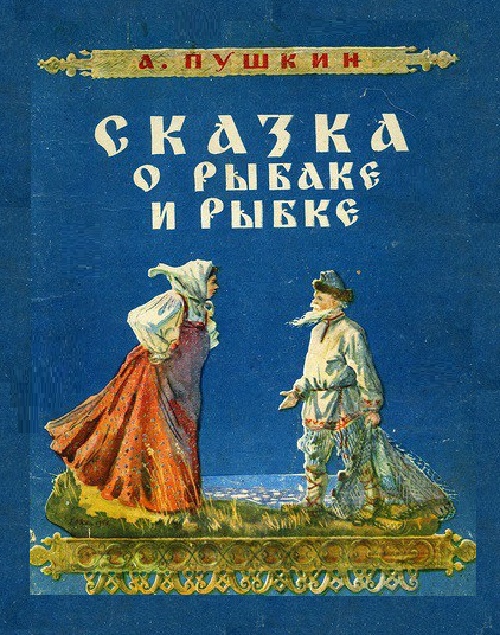 Book Illustration, cover of ‘Tale of a fisherman and a fish’ by A. Pushkin 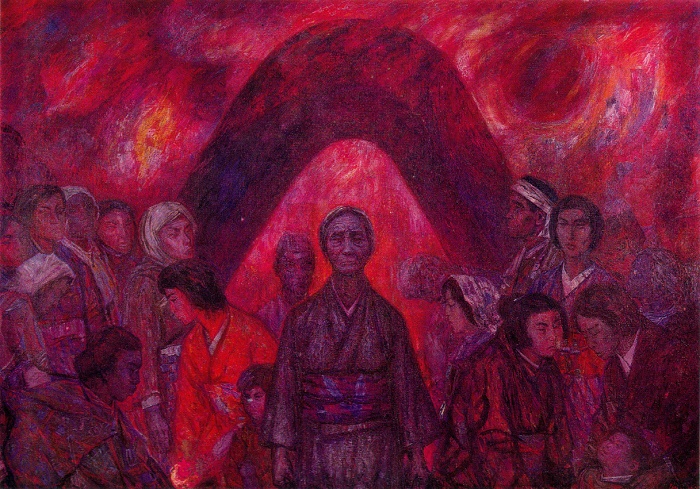 Hiroshima. 1965. Oil on canvas. The State Art Museum of the Estonian SSR. Tallinn 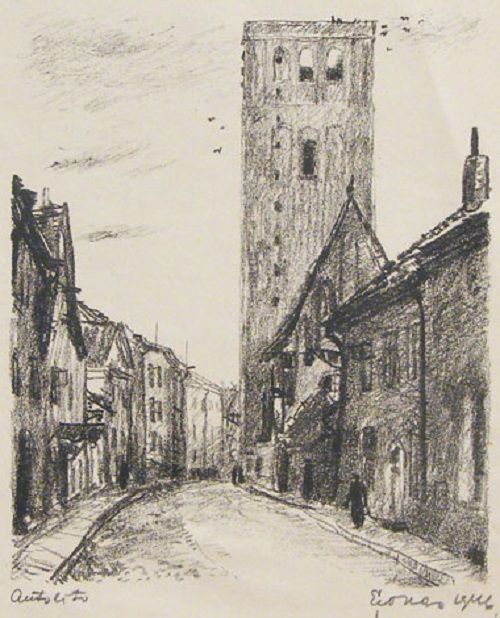 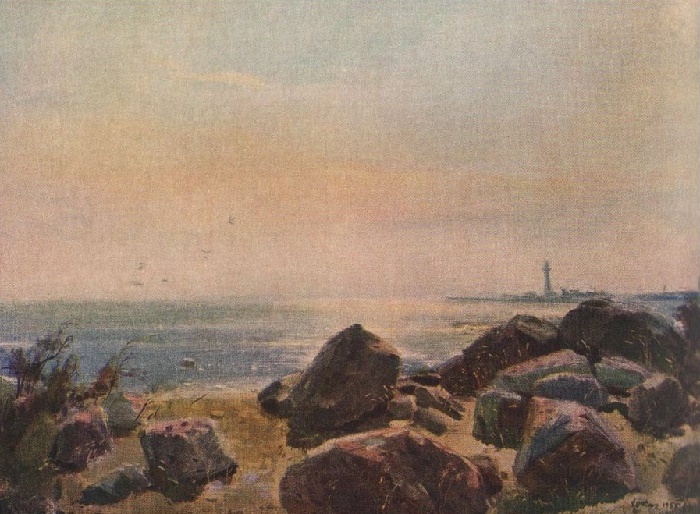 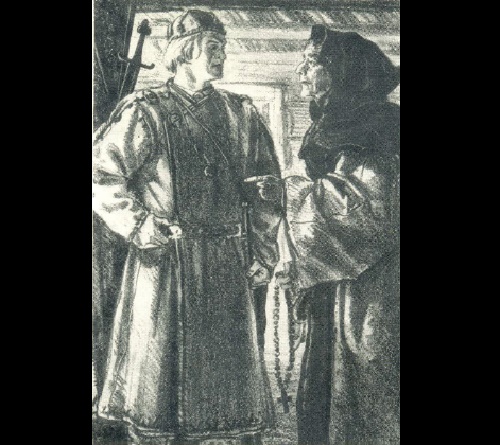 Illustration for the drama by Yu. Sutiste ‘Lembitu’. 1950. Colored lithography 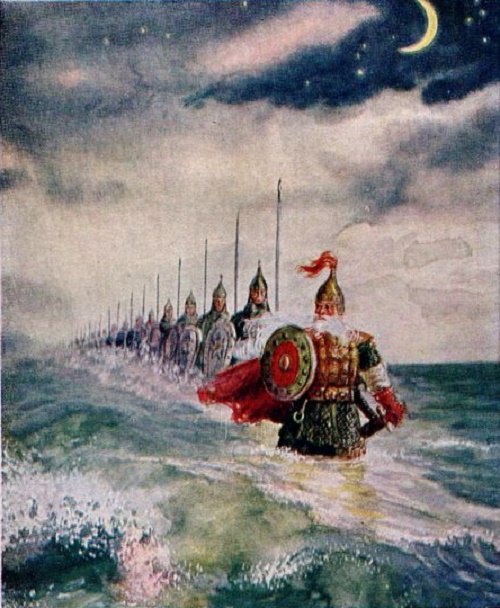 ‘The Tale of Tsar Saltan’ by A.S. Pushkin 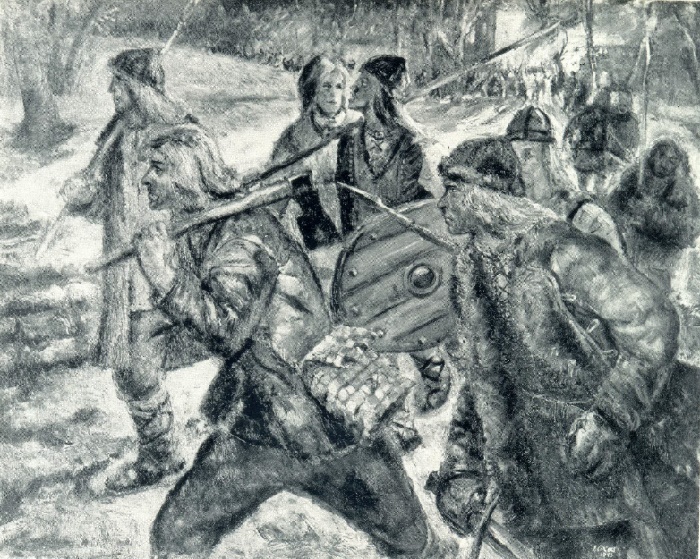 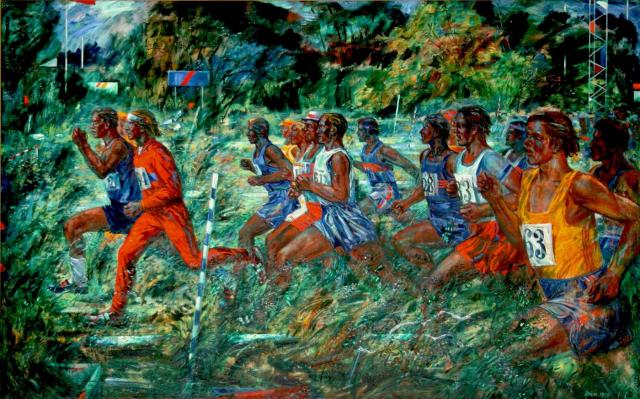 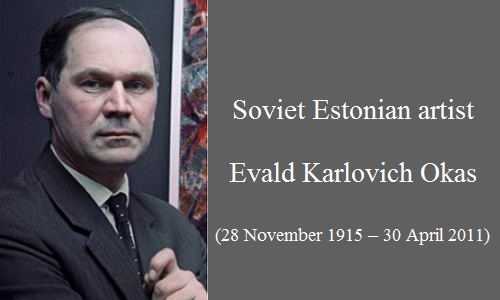 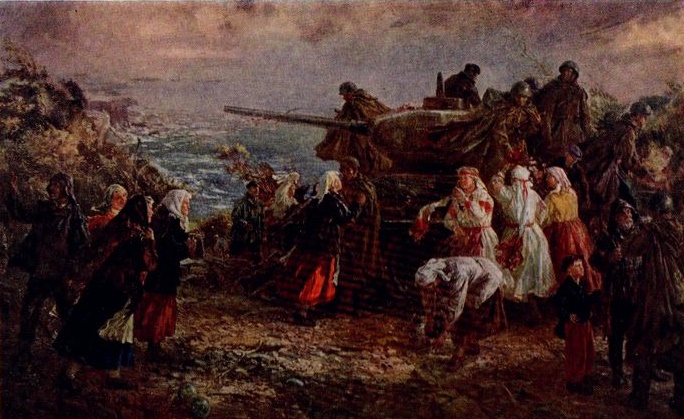 The liberation of Soviet Estonia from the Nazi occupiers 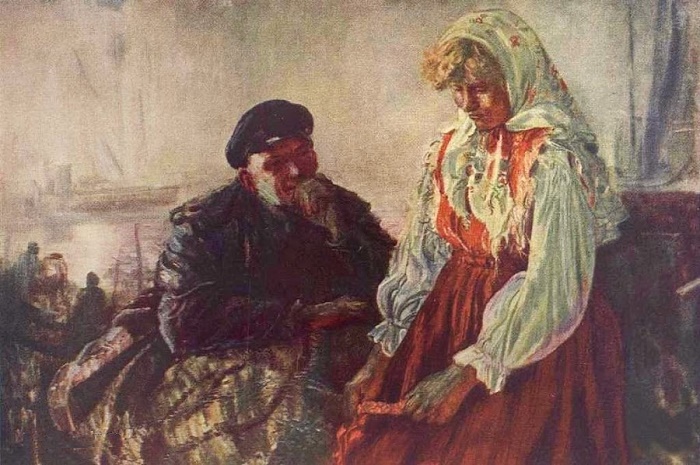 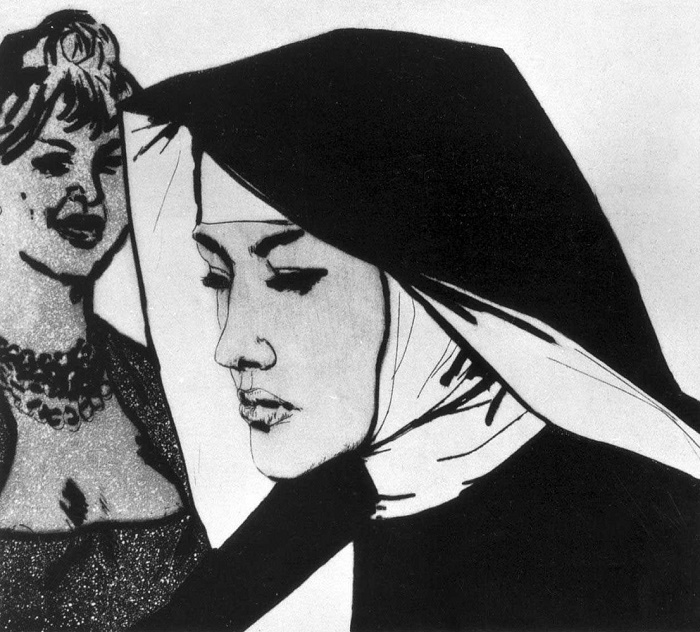 Two youths. From the series ‘Traveling through Italy’. 1961