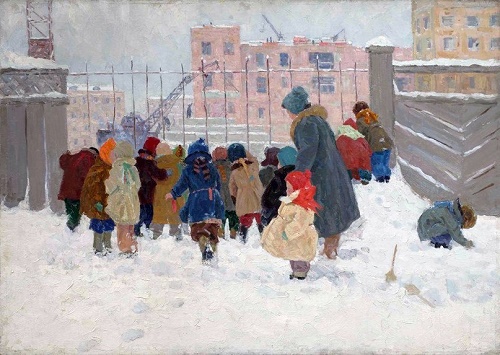 Soviet artist Nadezhda Vorobyova (14 April, 1924 – 9 July, 20110) worked in different genres: landscape, still life, and multi-figure genre compositions. Meanwhile, in the 1950-1960’s she focused her attention on genre of children and youth themes. During this period she creates a large series of works devoted to the theme “Kindergarten”. However, in the 1970’s and 1980’s, the plots in the paintings become more diverse: the city, life in the village, and portrait compositions.
Nadezhda Dmitrievna passed away on July 9, 2011 (Moscow). Her works are in the Podolsk Art Museum, the Belgorod State Art Museum, and private collections in Russia, Britain, Germany, France, Italy, the USA and Japan. 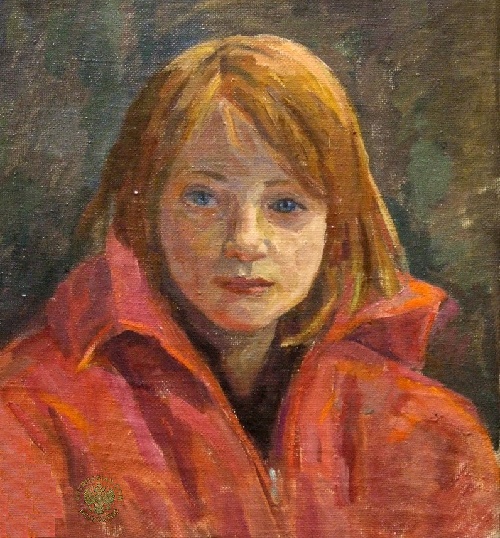 Moscow born artist studied at the Moscow Secondary Art School, studios of I.M. Gurvich and S.P. Mikhailov (1939-1943). Later, in 1945 she studied at the Moscow State Art Institute of VI Surikov, in the workshops of I.I. Chekmazov and V.V. Favorskaya, DK Mochalsky and KM Maksimova. Besides, the head of her thesis work was the famous Soviet artist, professor GG Ryazhsky.

After the institute she works in the opening hall of the Tajik Pavilion of Agricultural Exhibition (VSHV) on the thematic panel. And since 1952 at the Combine of Fine Art of the Moscow branch of the Art Fund of the RSFSR. In 1953 she became a participant of all-Union, republican, zonal and Moscow exhibitions. 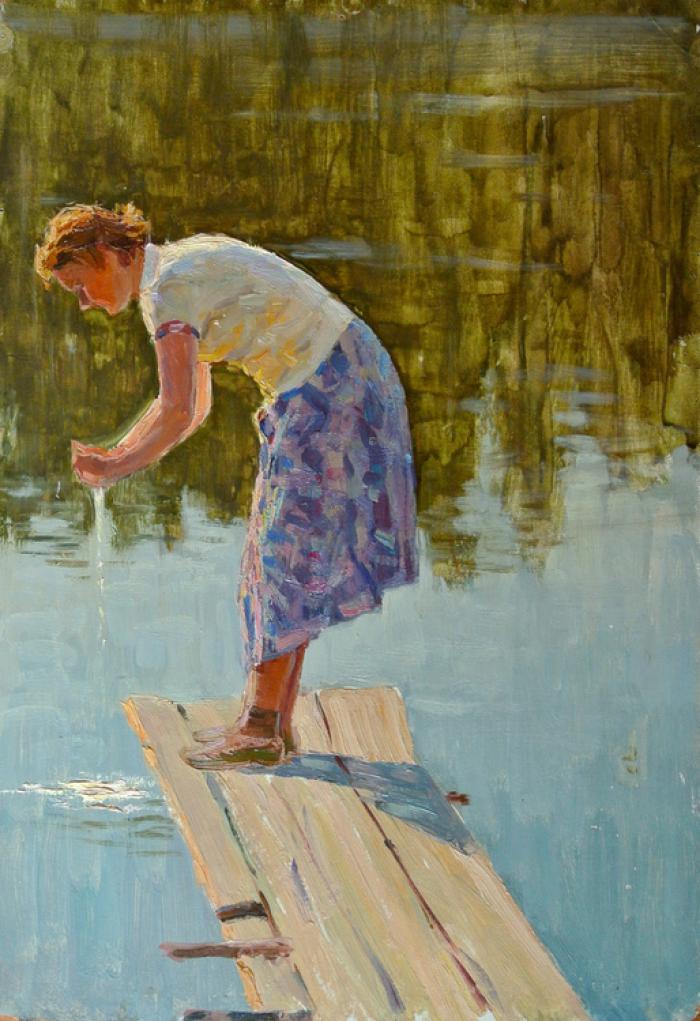 Member of the Moscow branch of the Union of Artists of the USSR (1960), in 1984 she was awarded the diploma of the Moscow city organization of the art fund of the RSFSR. Besides, in 1988 she received the Honorary Diploma of the Board of the Moscow City Department of the Soviet Peace Fund and the prize at the “Spring Salon.” In 2004 she had her first personal exhibition in the museum-reserve of DV Polenov. 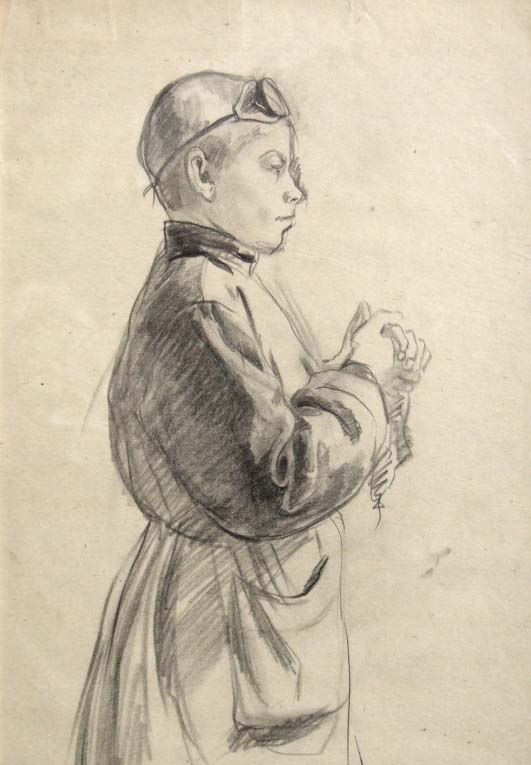 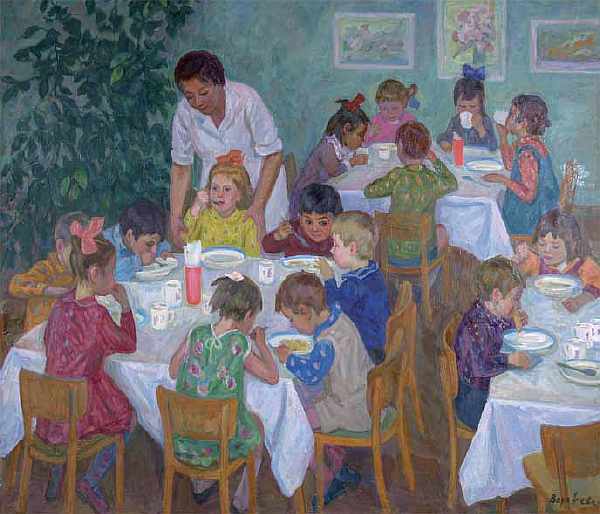 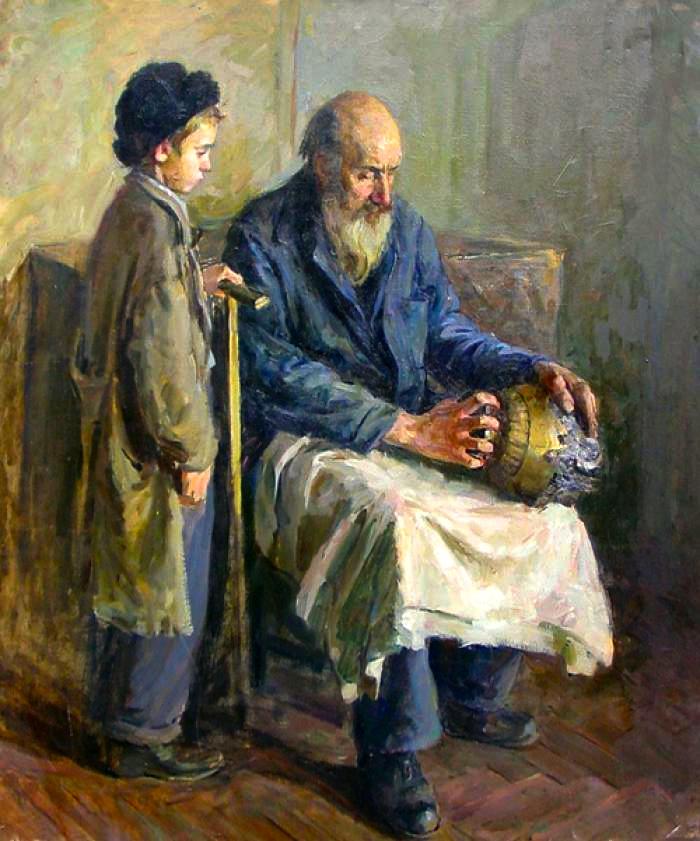 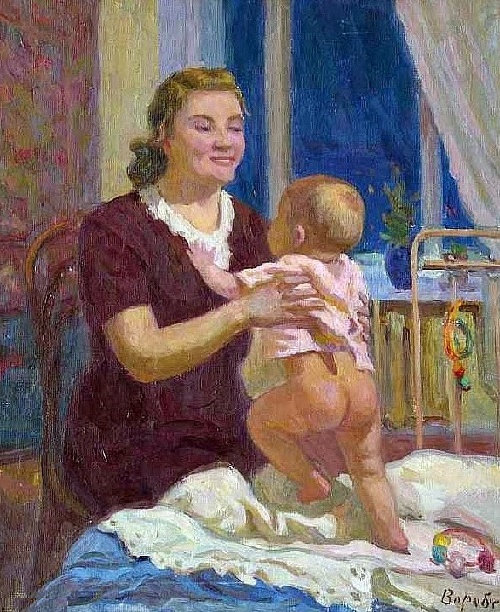 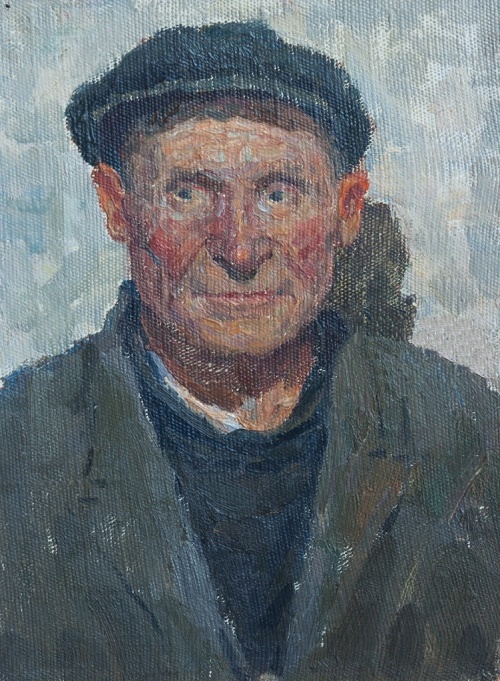 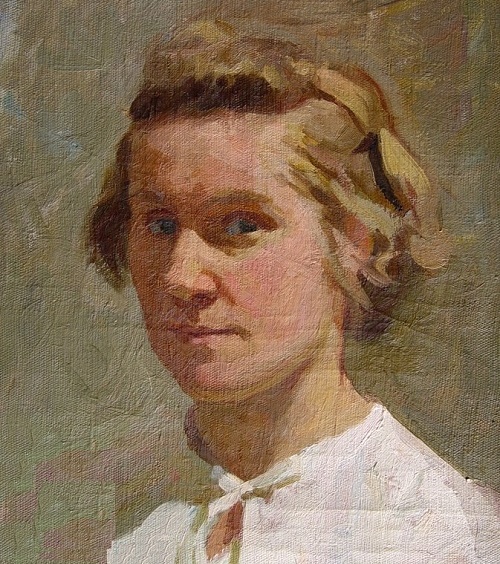 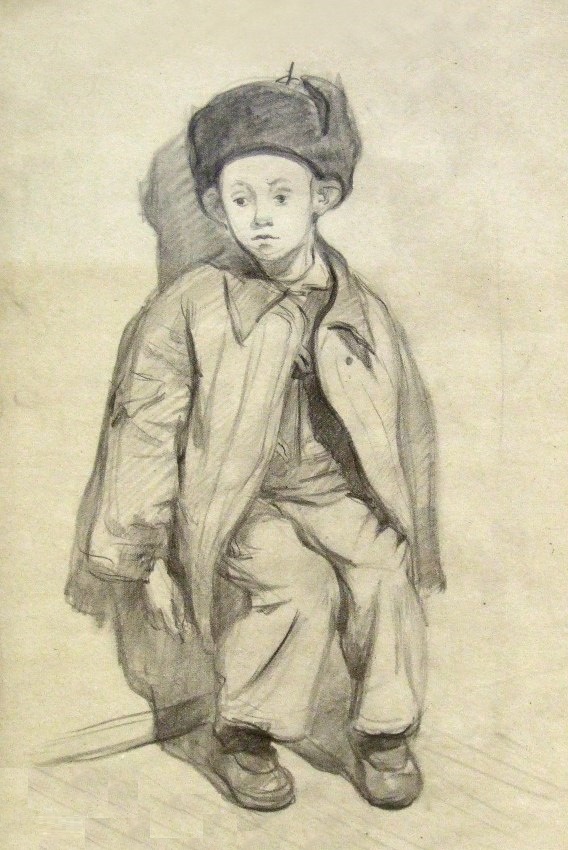 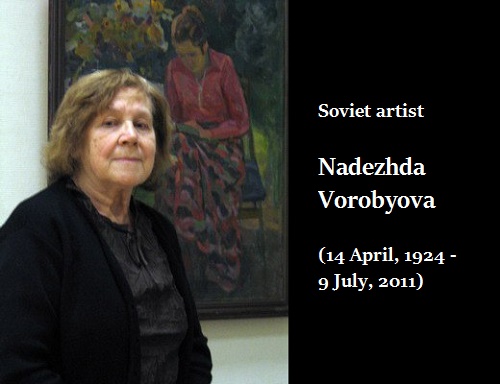 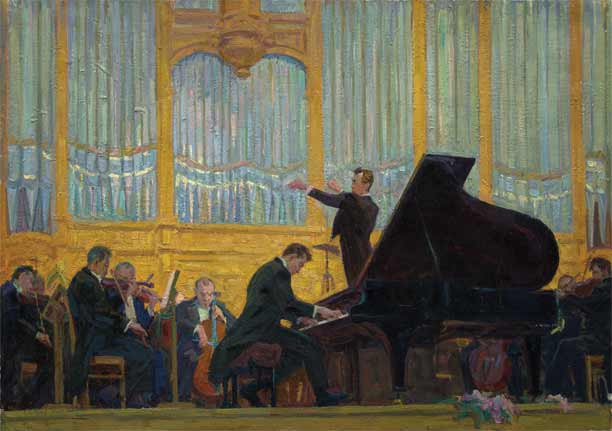 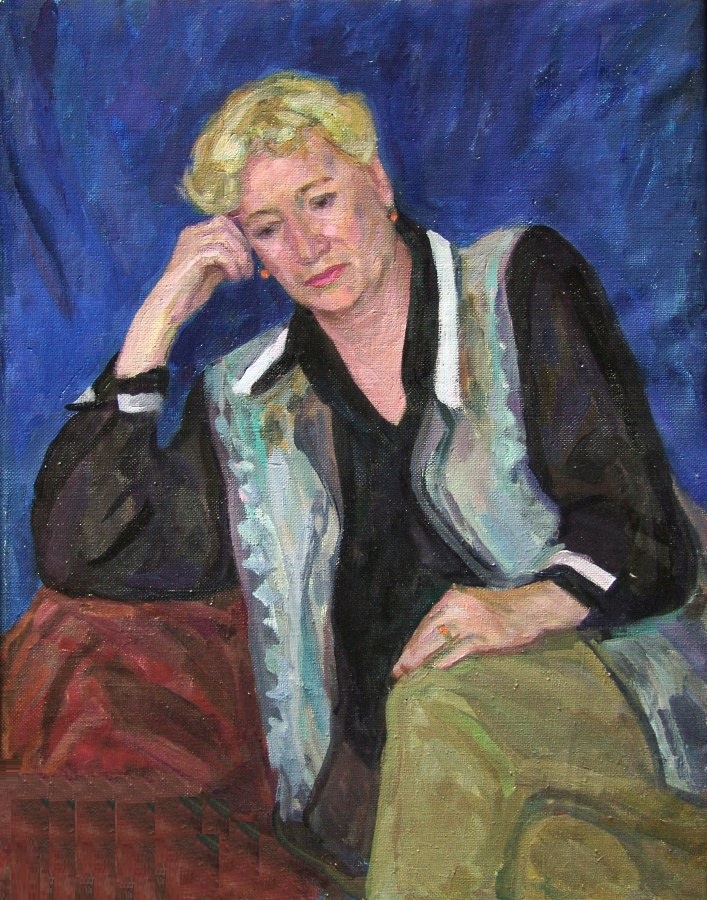 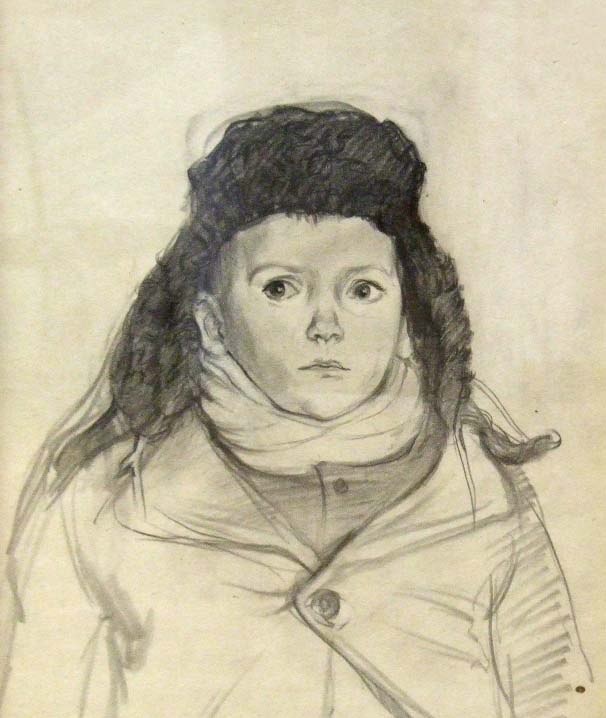 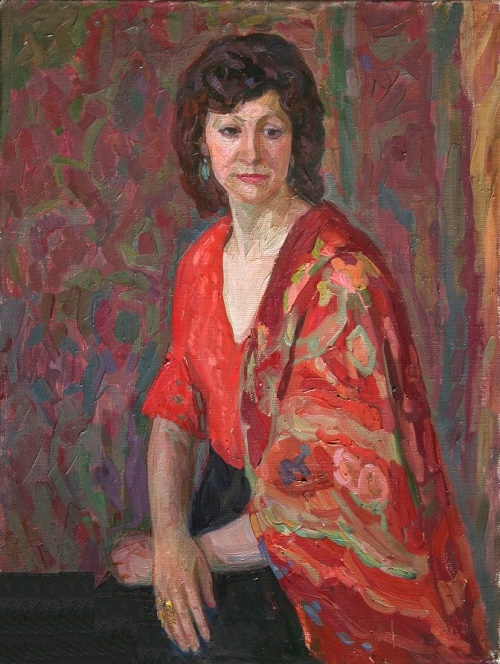