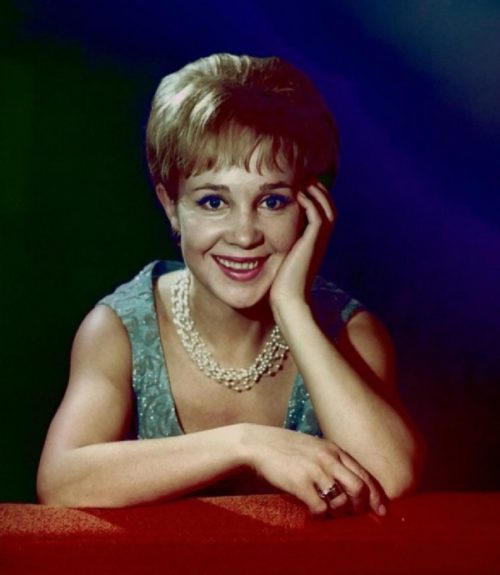 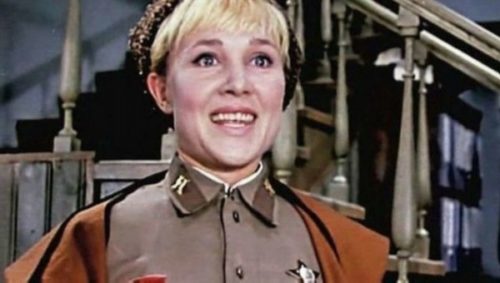 It was a natural step in the creative biography. However, basically a woman is known as an actress of a big movie. Rumyantseva was described as a cheerful and positive person. It was because of the specific type that she played mostly characteristic roles. Most of the characters performed by women are rustic, kind heroines.

Over the entire period of her creative activity, Nadezhda Rumyantseva starred in almost 40 films. The last picture came in 2008. In later years, the woman practically did not act in film and moved away from the cinema. Despite her creative plans, the sudden death put an end to the artist’s professional career. 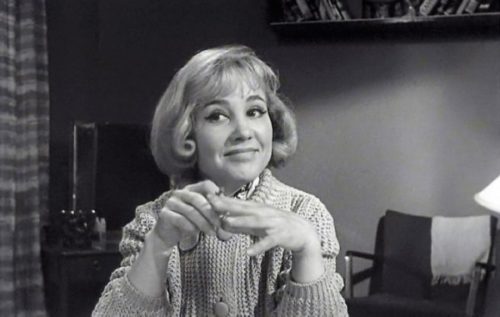 CHILDHOOD AND YOUTH OF Nadezhda Rumyantseva

The future actress Nadezhda Rumyantseva was born on September 9, 1930 in the small village of Potapovo, which is located in the Smolensk region, almost 200 kilometers from the center. The girl’s parents were simple people, they had nothing to do with cinema.

During the school period, the girl often attended a drama club. Although I considered classes more as a hobby, and not a step on the way to creative heights. There were no thoughts about becoming a professional actress at that time. After graduating from school and receiving a full-length certificate, the question arose about the future. It’s time to decide on a profession. Hope didn’t know exactly what she wanted to do. 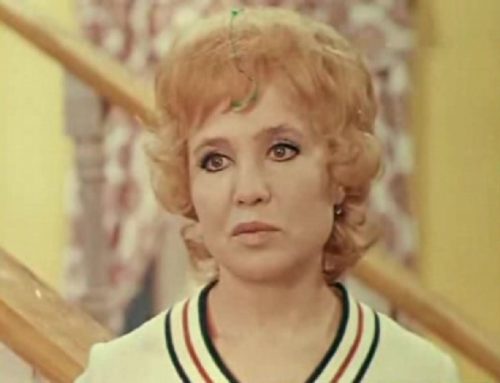 Fakir for an hour

The choice of the future actress fell on GITIS, as one of the largest and most famous theater institutes.

Very soon, the actress went to work at VGIK. Before that, she invited Rumyantseva with her to study in a new place. With her submission, the girl was taken immediately to the 3rd course. The rest of the time she got a profession there. This decision also had a purely practical side. Due to filming in the film “Towards Life”, the girl was far behind her fellow students. 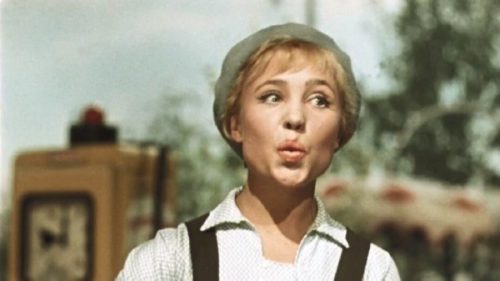 The creative biography of Nadezhda Rumyantseva began during her studies at the institute. She worked on the stage of the Central Children’s Theater, performed both female and male roles. She earned fame as an artist with the role of “travesty”.

By the time of graduation, Rumyantseva had gained a lot of experience and was a confident actress. After receiving her diploma in 1955, the woman moved to the Film Actor Theater Studio. However, work on the stage, despite all the talent and creative data, could not bring Nadezhda proper recognition and popularity. 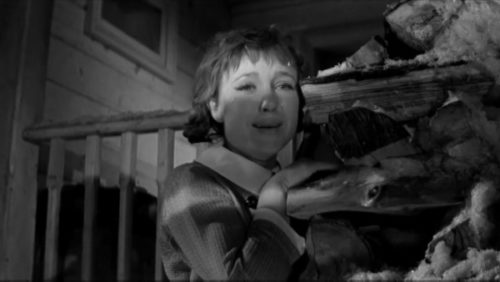 Rumyantseva began working on the set long before graduating from the theater institute. Her debut project was the film “Towards Life”.

In 1954, Rumyantseva was entrusted with the role of one of the central characters.

She starred in an adventure film based on the events of the Great Patriotic War “Sea Hunter”.

And a year later, the creative piggy bank of the young actress is replenished with work in another adventure film, The Mexican. The film was based on the book of the same name by Jack London. 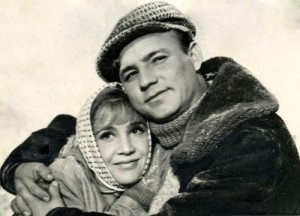 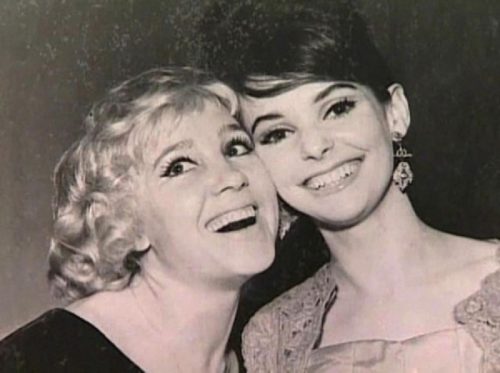 The comedy film “The Invincibles” was released on the big screens.

Nadezhda got the role of Nadia Berestova.

The film received well-deserved popularity. However, the success of the actress did not end there. In 1961, the film “Girls” was released.

The woman got the character of Tosya Kislitsyna, a simple working girl-cook. The image is memorable. As in the previous case, the character was in the spirit of Rumyantseva herself, which added realism and liveliness to the film. 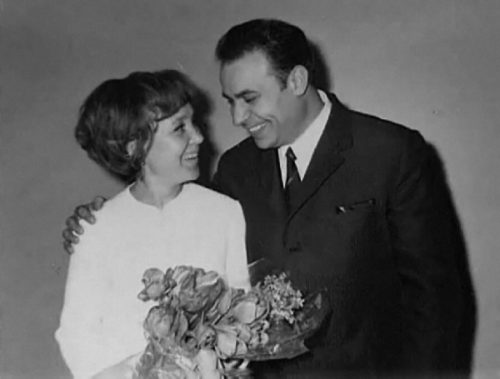 The actress continued to act actively until the end of the 60s. Her track record was replenished with new works. She took part in the tapes “Way Stop”, “Hell with a Briefcase”, “Easy Life”. However, the previous success could not be repeated in any way.

In the late 60s, the artist went abroad with her husband. There was no longer an opportunity to act as actively as before. Then there was a period of returning to their native land and the next trip abroad.

The last work of Rumyantseva was the film “The Village”, which was released in 2008. In total, the track record of the actress has almost 40 films. During the heyday of her career, the woman was famous throughout the Union. 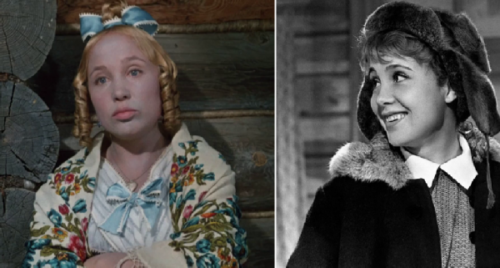 The actress was married twice. The first husband of the woman was Vladimir Shurupov, a young colleague in the shop. The marriage did not last long. Very soon, the artist received an invitation from one of the provincial theaters. However, the wife was already in demand in Moscow. She did not dare to give up her career for the sake of her family.

In 1965, a student from Armenia named Willy Khshtoyan appeared in the personal life of Nadezhda Rumyantseva. Their union lasted almost 40 years. Later, the man became a diplomat. The traveling nature of the work forced him to move abroad. Fate once again put a choice before the actress. This time, she preferred family.

The daughter from Willy’s first marriage, Karina Khshtoyan, left with them, with whom Nadezhda very quickly found a common language. The couple had no joint children. 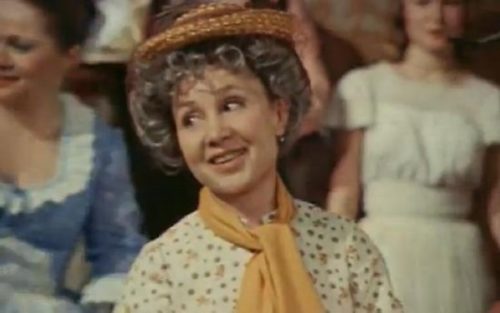 DEATH OF THE ACTRESS

According to the main and most reasoned version, the cause of death of Nadezhda Rumyantseva was a long and severe oncology of the brain. The tumor was the result of an injury that the woman received in the late 90s. Nadezha Vasilievna was buried at the Armenian cemetery in Moscow. 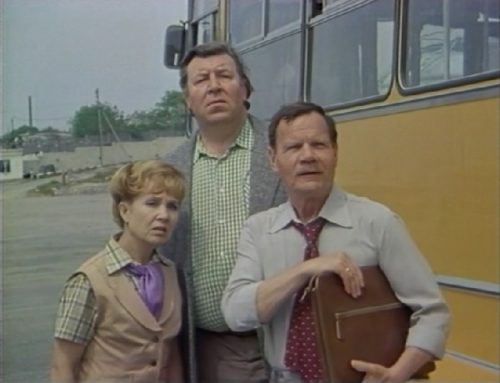 Films with the participation of Nadezhda Rumyantseva: 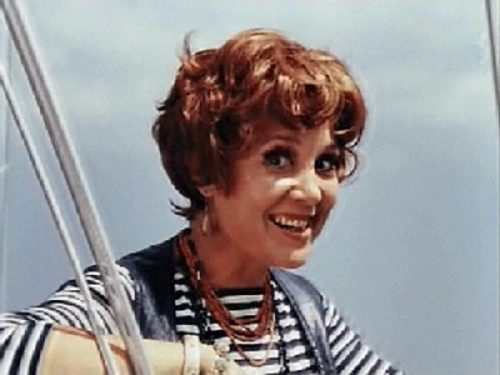 The secret known to all 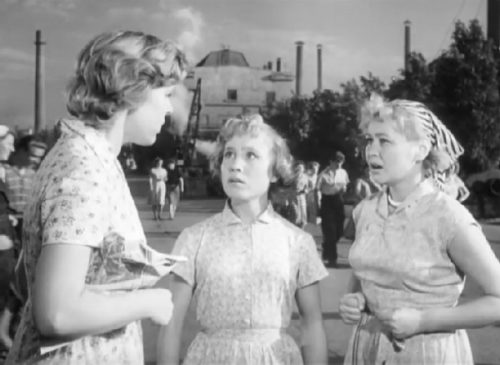