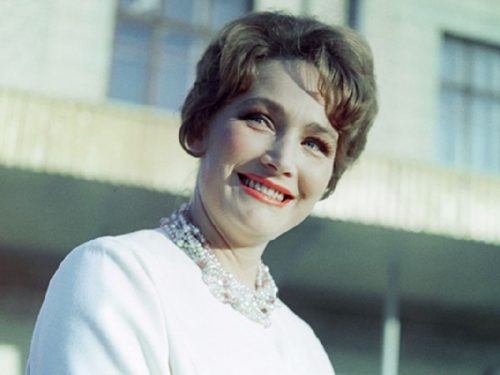 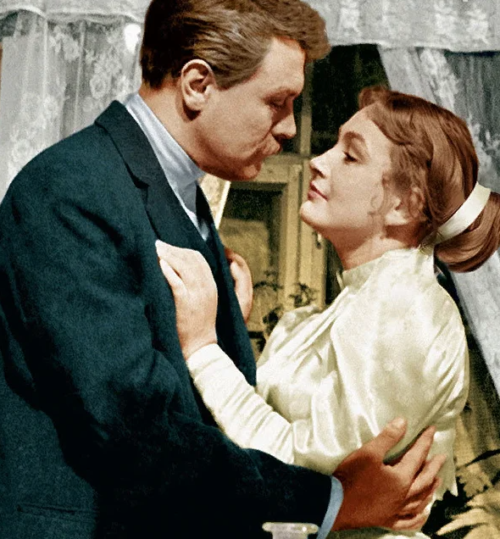 Nikolai Lebedev and Lyudmila Khityaeva in the film Evdokia

Lyudmila Ivanovna was born on August 15, 1930, in Nizhny Novgorod. Her father was a nobleman, an economist by education, who knew several languages. During the war years, he worked at a secret factory. Mom was a military doctor. After the war, the family lived securely, the father went abroad, the family had a housekeeper. Lyudmila’s parents were very kind to each other, the girl grew up in great love – he was very close to his parents.

Having received a certificate, Lyudmila entered a medical institute, intending, like her mother, to save people’s lives. But for the company I went with a friend to the theater to support her and also decided to try my hand. The admissions committee was impressed by the temperamental and bright applicant, the teachers unanimously said that she had an undeniable talent. In 1952, Lyudmila graduated from the Gorky Theater School, and was accepted into the troupe of the Theater. Gorky, who at that time thundered with his productions throughout the country. 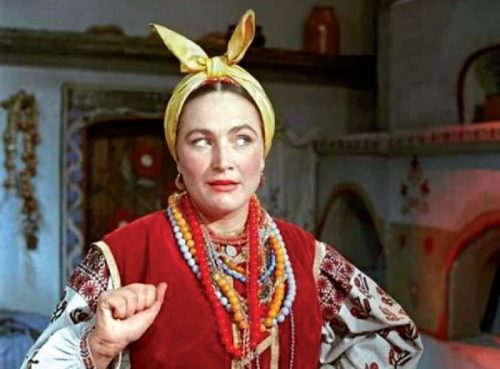 Evenings on a farm near Dikanka 1961

In the theater, the actress was noticed by the writer Anatoly Rybakov and recommended her to the director Isidor Annensky, who was looking for a performer for the main role in his film “Ekaterina Voronina” 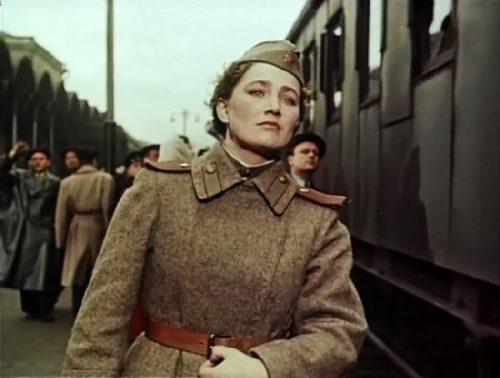 After a successful debut, the actress was noticed by Sergey Gerasimov and invited Lyudmila to play the role of Daria in his film Quiet Flows the Don. And if she could combine the first shootings with the theater, then here the combination was impossible. Filming took place almost 2 years away from home. Lyudmila did not succeed in this role. She could not swim and was very afraid of water. Gerasimov hired an instructor for her, the scene of “drowning” was filmed on the 13th take. Daria in the film turned out to be so bright and characteristic that Sholokhov told the actress: “You played better than I wrote.” 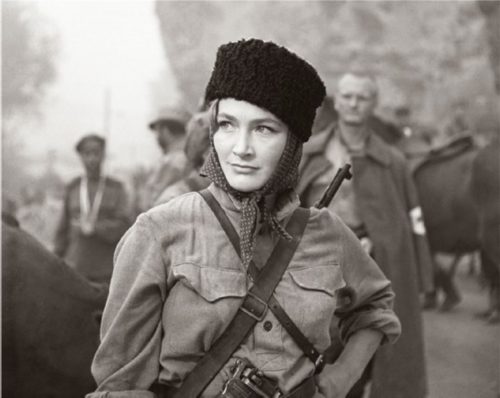 Then there was Solokha in “In the evenings on a farm near Dikanka”, “Virgin Soil Upturned”, “Cook”, “Gypsies”. Incredibly, the audience fell in love with Evdokia in the film of the same name. Lyudmila was initially unhappy that she would have to play an older woman, but then she fell in love with her heroine – a simple, sincere woman. Her partner in the film was Nikolai Lebedev, not so long ago in a big interview he admitted that he was in love with Lyudmila: “It was impossible not to fall in love with her! She is a Volzhanka, a rare beauty, cheerful, groovy, a wide nature, her soul wide open! “. But they didn’t have an affair. 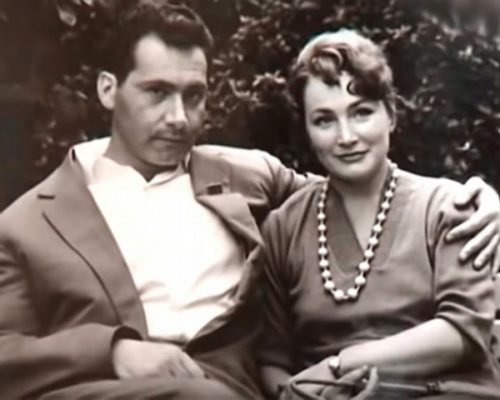 There were a lot of rumors and gossip about the actress, but in fact, Lyudmila is a very devoted person and never allowed herself novels on the side. She married her classmate Alexander Belokrinkin in her 2nd year, the couple had a son, Pavel. Due to Lyudmila’s employment, her parents were involved in his upbringing. The boy received a comprehensive education and knowledge of several languages. 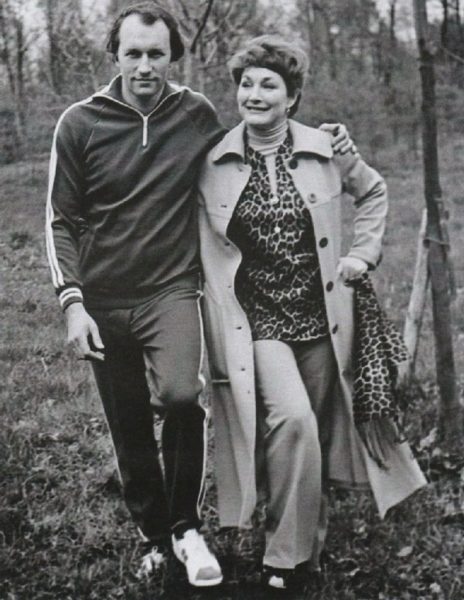 Due to the filming of The Quiet Flows the Don, Lyudmila was practically never at home, well-wishers sang that her husband had another woman. She did not understand and listen to her husband’s explanations, breaking off relations with him. Later, after many years, she regretted it. The ex-husband started another family only 14 years later and was very worried when he heard about her novels.

The second husband of the actress was a urologist, a luminary of medicine, who performed the first sex change operation in our country – Boris Yakobson. Lyudmila was sure of his feelings, did not listen to gossip about his other women. But once returning home earlier from the expedition, she found her husband in the company of a woman. She was outraged not by the very fact of infidelity, but that he brought this woman home. 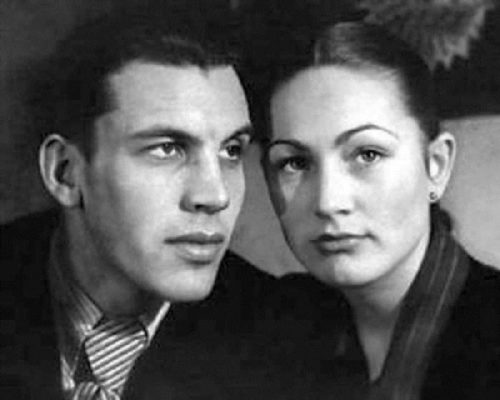 The third common-law spouse, with whom Lyudmila lived for 20 years, was a stuntman, stunt director Valery Leontiev. He is 11 years younger than the actress. Their relationship reached a dead end, Lyudmila saw that Valery wanted children, but she could no longer give birth. They broke up, but remained good friends. 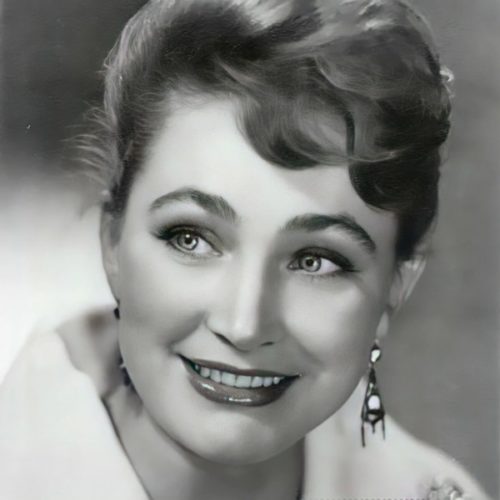 Lyudmila Khityaeva in her youth

For the actress, it was a big blow for her parents to leave one by one. They lived together for over 60 years. She looked after them herself, and after almost 2 years she could not communicate with anyone …

Son Pavel graduated from the Institute of Oriental Languages, then received an economic education. He worked as the first deputy trade representative at the Russian embassy, ​​and now lives and works in Bangkok, he has his own business. His daughter works with him, and his son studied psychology in America and now works in Thailand.

Until now, fans and admirers of her talent are very fond of Lyudmila Khityaeva. In 2012, a 30-year-old businessman proposed to Lyudmila Ivanovna. He persistently courted her, every day sending a basket of roses. She replied: “I will not hide, I was very pleased to receive flowers and attention. I can quite afford to be friends with a young man. But I won’t get married! And it’s not about age, but I just don’t need anyone. I am happy on my own and, apparently, have always strived for this independence. 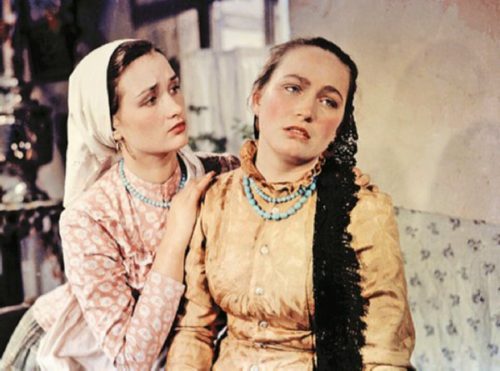 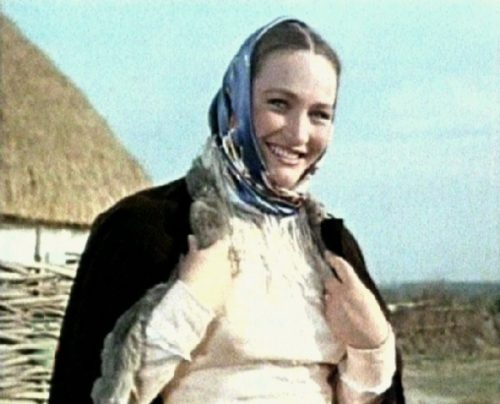