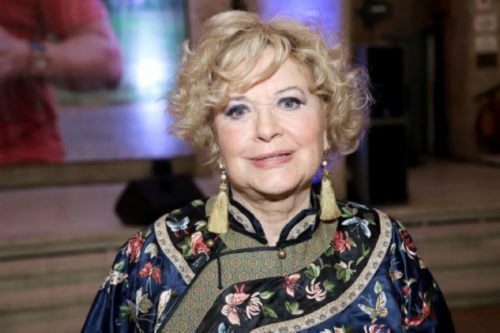 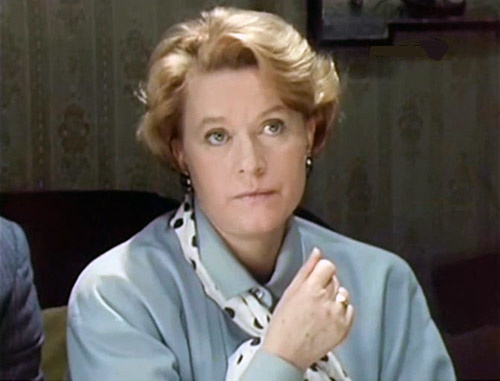 The childhood of Valentina Talyzina

Valentina Talyzina was born on January 22, 1935 in Omsk, in the family of Illarion and Anastasia Talyzin. About five years later, the couple moved with their daughter to the Belarusian city of Baranovichi. There, the father of the future actress worked as the head of the supply department, and her mother worked as a cashier. Just before the start of World War II, her parents broke up. Talyzina and her mother returned in a hurry to the north of Russia: it was not safe for the families of the communists to stay in Belarus. They settled near Omsk. 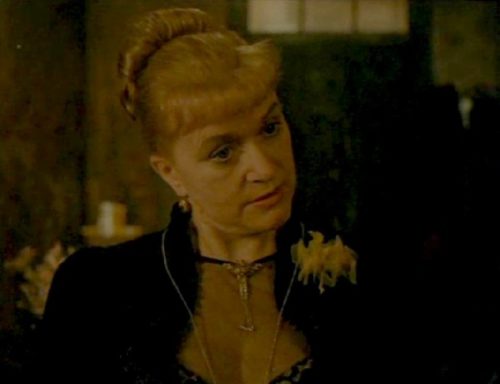 Emma Eduardovna – the main role in the film Pit

After graduating from school, Talyzina entered the economics department of the Omsk Agricultural Institute. There she studied for two years, until she realized that this profession did not suit her: “I was always drawn to the stage.” Valentina Talyzina also worked in a drama circle, where she recited poems and played leading roles in productions. As a result, she decided to become a professional actress.

In the graduation performance based on the play Cymbeline by William Shakespeare, Valentina Talyzina played Princess Imogen, in love with the poor nobleman Leonat Postum. 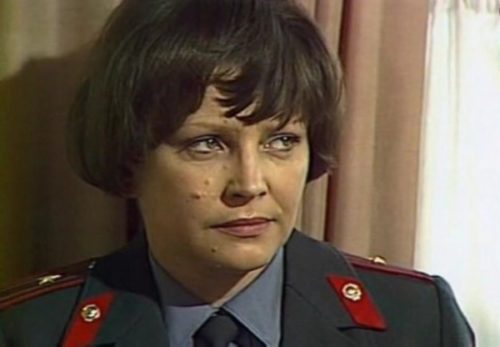 After the institute, Valentina Talyzina and Vadim Beroev, the only ones from the entire course, were invited to work at the Theater. Moscow City Council.

At first, Valentina Talyzina was given small roles, most often Komsomol members, but over time she began to play the main characters. One of the first serious roles, the actress performed in the play “Uncle’s Dream” based on the novel by Fyodor Dostoevsky. She played the romantic young lady Zinaida Moskaleva, whom her mother wanted to marry to an elderly rich prince. Faina Ranevskaya also participated in this production. Valentina Talyzina recalled that at first the famous actress “treated her badly. And then I loved it.” 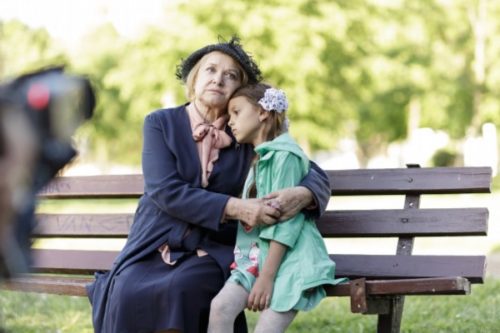 On the theater stage, Valentina Talyzina also played the wife of the official Marmeladov and the stepmother of the main character Sonya Marmeladova, Katerina Ivanovna, in Petersburg Dreams based on Dostoevsky’s Crime and Punishment; the rich merchant widow Yulia Tugina in The Last Victim based on the play by Alexander Ostrovsky; nightclub singer Mertle in Kingdom of the Earth based on a story by American playwright Tennessee Williams; merchant Anna Fierling in “Mother Courage and Her Children” based on the play by the German writer Bertolt Brecht and many other characters. She especially liked to play Catherine II in the production of Roman Viktyuk based on the play by Leonid Zorin “The Royal Hunt”.

In addition to the Theatre. Talyzina of the Moscow City Council also played in the Student Theater of Moscow State University, the School of Modern Play and the Flint Puppet Theater. In total, during her theatrical career, the actress performed more than 40 roles. 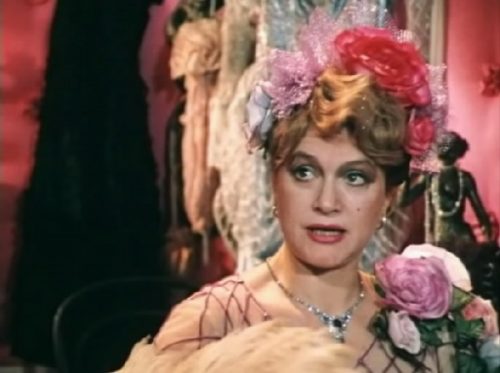 Shooting in movies and TV shows

The debut of Valentina Talyzina in the cinema took place in the early 1960s. She played the investigator-intern Inna in the film by Leonid Agranovich and Vladimir Semakov “The Man Who Doubts.”

Then the actress worked with the most famous domestic directors: Eldar Ryazanov, Georgy Danelia, Vitaly Melnikov, Sergei Bodrov, Sr., Timur Bekmambetov. Among her iconic roles are the chairman of the local committee of the trade union Alevtina Vasilievna in Zigzag of Fortune, Nadia Sheveleva’s friend Valya in The Irony of Fate, or Enjoy Your Bath!

Valentina Talyzina starred in the series “Petersburg Secrets”, “Lines of Fate”, “City Romance”, “Payment for Sins”, “Dostoevsky” and many others. The actress was twice awarded the Golden Eagle for Best Actress on Television. In total, her filmography includes more than 100 roles in films and more than 20 in television series. 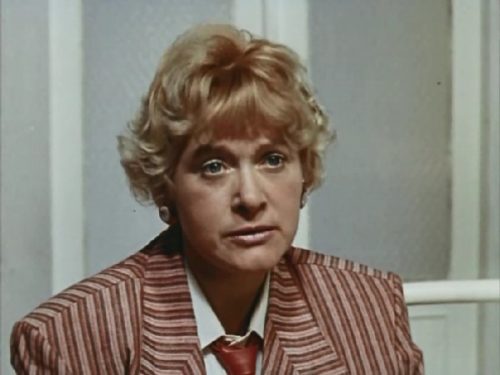 While studying at GITIS, Valentina Talyzina lived in a student hostel. When in 1958 she was hired by the Theater. Moscow City Council, they allocated two rooms in a hostel in Karetny Ryad. The neighbors of the actress were colleagues in the theater. After receiving a capital residence permit, she moved her mother to Moscow.

Soon Valentina Talyzina met the Moscow artist Leonid Nepomniachtchi. They dated for several years and got married in 1963. The groom’s father gave the newlyweds a room in a communal apartment. In March 1969, their daughter Xenia was born. The mother helped Talyzina raise the child she sat with her granddaughter while the actress was on tour. 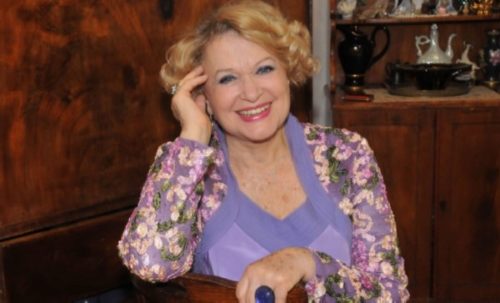 A few years later, Talyzina and Nepomniachtchi divorced. The actress never married again. Her daughter also graduated from GITIS, she works at the Central Academic Theater of the Russian Army.

In 1999, Valentina Talyzina had a granddaughter. She was named Anastasia in honor of her great-grandmother Anastasia Talyzina. She graduated from the Higher Theater School. Mikhail Shchepkin and became an actress in the third generation.

Now Valentina Talyzina lives in the capital. In recent years, she rarely acts in films, but continues to work at the Theater. Moscow City Council. 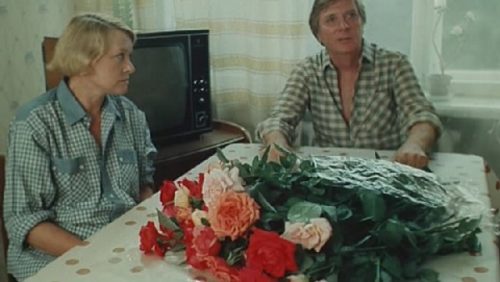 Valentina Talyzina in the movie Genius 1991 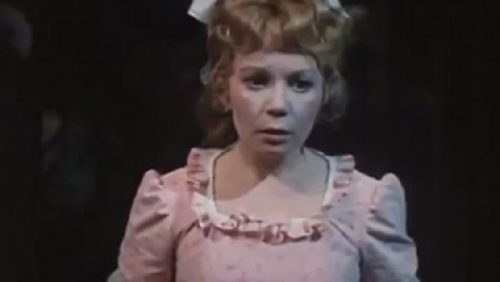 The village of Stepanchikovo and its inhabitants 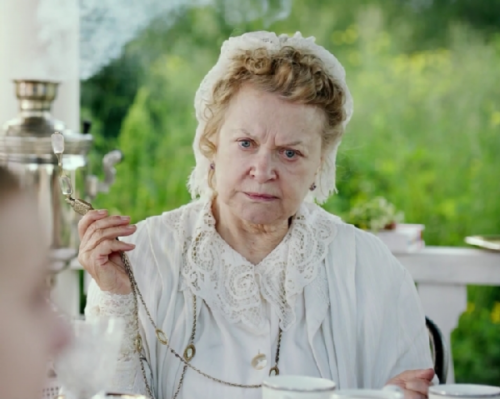 Valentina Talyzina 2021 in the film about Lyolya and Minka