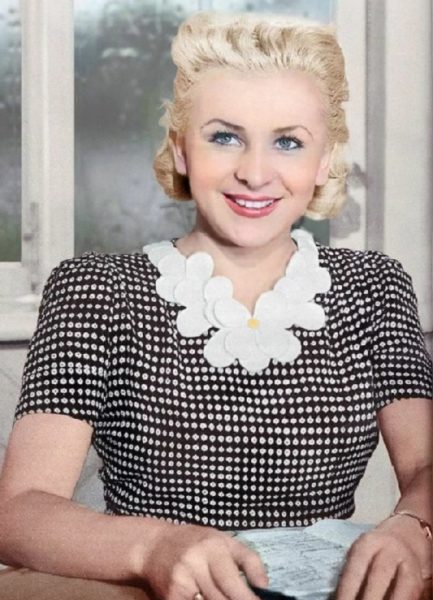 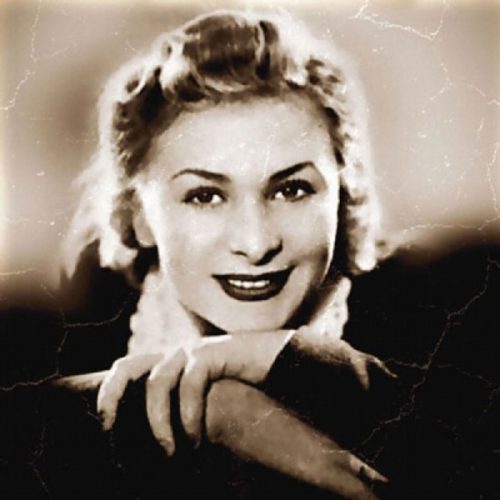 Valentina Serova (nee Polovikova) was born in Kharkov, in the family of actress Klavdia Didenko and hydrological engineer Vasily Polovikov. By the early 1920s, the parents’ marriage broke up, and Klavdia Polovikova with her daughter and sisters finally moved to Moscow. There she served at the Maly Theater Studio, which was later renamed the New Theater.

Valentina Polovikova first appeared on the stage of the studio at the age of nine. Her debut was the role of the six-year-old boy David in Romain Rolland’s drama “The Time Will Come”. In the same year, 1928, Valentina Polovikova played Esther’s son in the play “Overseas” by Yakov Gordin. A year later, she got another “boyish” role – a servant in the play “Kin, or Dummy and Genius” by Alexandre Dumas, the father. 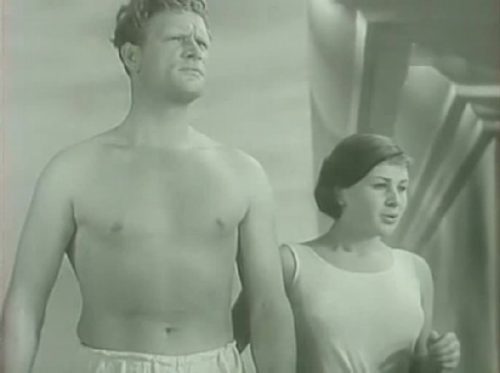 In 1933, Valentina Polovikova entered the Central College of Theater Arts, and the next year she was admitted to the Theater of Working Youth (TRAM, now the Lenkom Theater). TRAM Polovikova they immediately began to trust major roles. In 1934 she played Franzi in Alexandra Brushtein’s play “To Be Continued”. And in 1935 – Lyubov Gordeevna in Alexander Ostrovsky’s comedy “Poverty is not a vice.” A year later, Serova got the episodic role of the Komsomol member Liza in Abram Rome’s film drama “Strict Youth”. However, the film was considered too “bourgeois” and was banned from showing. 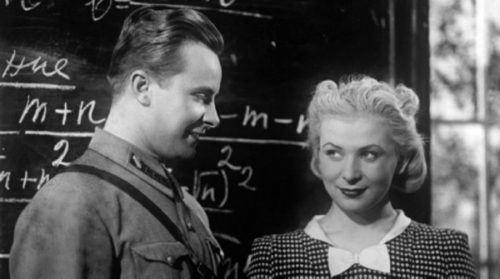 On May 3, 1938, Valentina Polovikova was visiting pilot Anatoly Lyapidevsky, where she met his colleague Anatoly Serov. This name was then on everyone’s lips: Serov recently returned from Spain, where he participated in the Civil War. For military merits, the pilot at the age of 27 received the rank of colonel, in the spring of 1938 he became a Hero of the Soviet Union.

A marriage proposal followed on the third day of their acquaintance, and already on May 11, Serov and Polovikova got married. Anatoly Serov was appointed head of the Main Flight Inspection of the Air Force of the Red Army. The spouses were provided with a five-room apartment in Lubyansky passage. 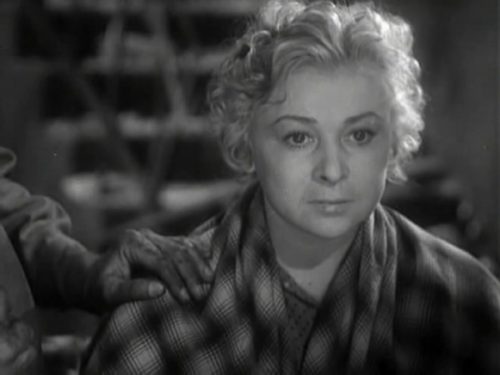 In 1938, TRAM was renamed the Moscow Lenin Komsomol Theater.

The main director was Ivan Bersenev, who invited the actors of the Moscow Art Theater to the troupe – Sofya Giatsintova, Serafima Birman, Arkady Vovsi. Serova played Masha in Pushkin’s “Dubrovsky” and Tonya Tumanova in the play based on Nikolai Ostrovsky’s novel “How the Steel Was Tempered”. In the play “The Zykovs”, which was staged by Serafima Birman, the best artists were involved. Serova played the role of Pavla in this play.

On March 20, 1939, the premiere of Konstantin Yudin’s film “A Girl with a Character” took place. In a comedy about the development of the Far East and the fight against bureaucrats, Valentina Serova played the main role. This image soon made her famous throughout the country. 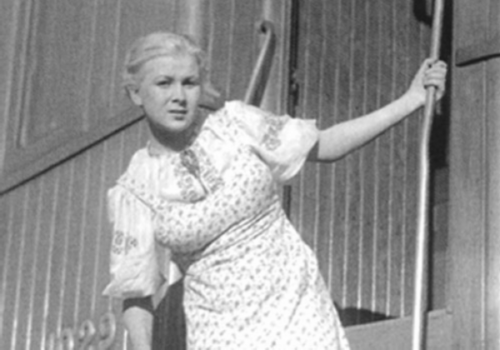 In the film, a Girl with a Character

On May 11, 1939, exactly one year after the wedding, brigade commander Anatoly Serov conducted a training flight on an UTI-4 aircraft. The co-pilot was Polina Osipenko, a participant in the legendary “female” flight from Moscow to the Far East. An accident happened and both pilots died on the spot. Osipenko was 31 years old, Serov – 29. The ashes of the heroes were buried in the Kremlin wall, Joseph Stalin himself carried one of the burial urns on Red Square. Four months later, Valentina Serova had a son, whom she named after her late husband Anatoly. 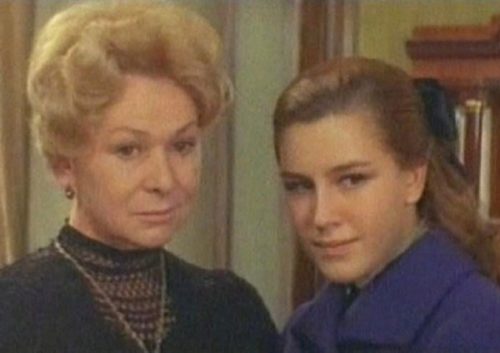 The last years of the life of Valentina Serova

In 1946, Valentina Serova starred in Leo Arnshtam’s film Glinka as the composer’s wife. Her mother, Louisa Karlovna, was played by Klavdiya Polovikova: this is how mother and daughter appeared on the screen together for the first and last time. The film “Glinka” was presented at the first Cannes Film Festival, and a year later received the Stalin Prize.

In 1950 Serova moved from Lenkom to the Maly Theater, and from 1951 she worked at the Theater. Mossovet. There she played Lydia in the play “Somov and Others” based on the work of Maxim Gorky. 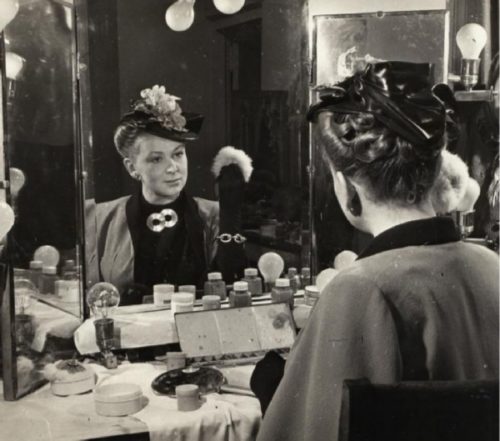 Valentina Serova in front of the mirror

In 1956, the jury of the Venice Film Festival awarded a diploma for high directorial skills to the film “The Immortal Garrison”. The script for the film about the defenders of the Brest Fortress was written by Konstantin Simonov. Valentina Serova played the wife of the head of the garrison, Maria Baturina. This role turned out to be her last significant work.

From 1964 until the end of her life, Valentina Serova was a member of the troupe of the Theater of Film Actor. During this time, she played only nine theatrical roles. In the cinema after “Immortal Garrison” she was invited three times to episodic roles, one of which was cut out during editing. Her last work was the image of General Kukarnikova in the 1973 film “Vanyushin’s Children”. On December 11, 1975, Valentina Serova passed away. 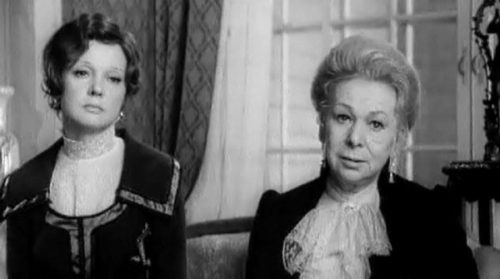 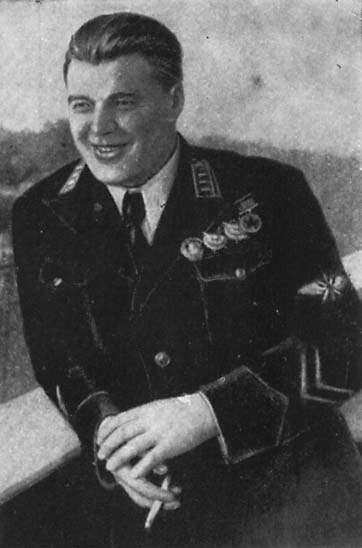 Anatoly Serov on the balcony of the Pravda editorial office, 1938. 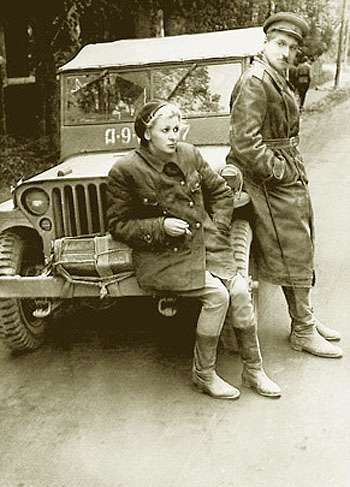 Valentina Serova and Konstantin Simonov at the front. 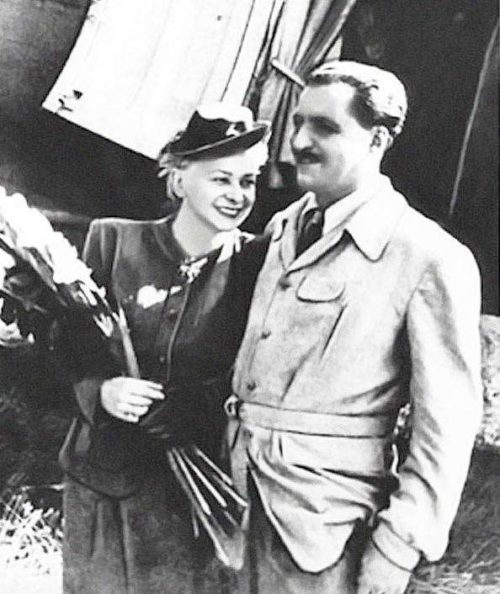 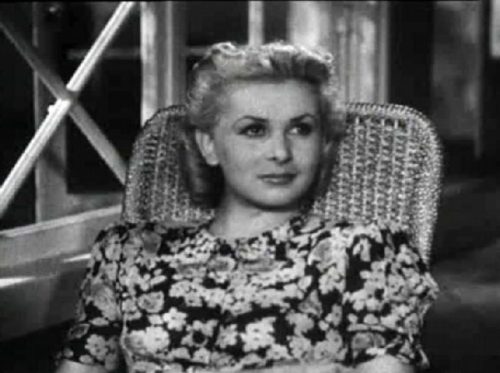