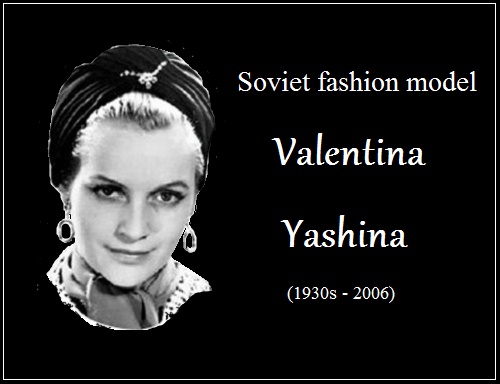 Soviet fashion model Valentina Yashina was one of the most beautiful models of the USSR in 1950-70s and her success was phenomenal. Blond goddess, Soviet Greta Garbo, fashion icon – so Yashina was described in the foreign press. In the capital’s Fashion House at Kuznetsky Most she worked for almost half a century, and appeared on the podium, even at the age of 65! Surprisingly, compatriots often called her beauty obscene and apparently out of jealousy even tried to blame her in the opposition to society. Many believed that life of Yashina was like a fairy tale. But at the end of this tale, alas, it turned out to be tragic … In her declining years, to survive, she had to work as a cleaner. Yashina got a legacy of more than five million dollars, but in her 70 years of age, she could barely make ends meet in a tiny room in a communal apartment. Ten years ago, the model was found dead in her country house in Kupavna of the Moscow region. 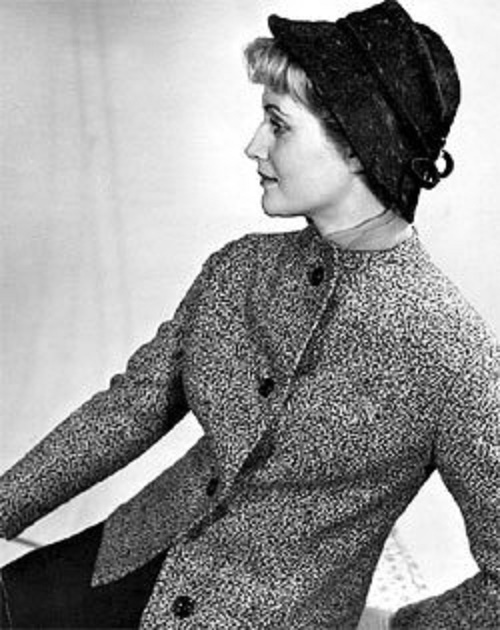 Valentina has always had an extraordinary appearance, they say her father was a Swede. However, he disappeared soon after the birth of his daughter. “Mom never told about him – says Evgenia Chernyavskaya, the younger sister of the famous fashion model. Having parted with the Swede, energetic and attractive mother of Valentina remarried. V alentina’s stepfather adopted the girl and gave her his name -…. Yashina. Valentina from childhood was fond of the theater. She studied at the department of musical comedy of music-drama school named after Glazunov. However, she failed to become an actress. 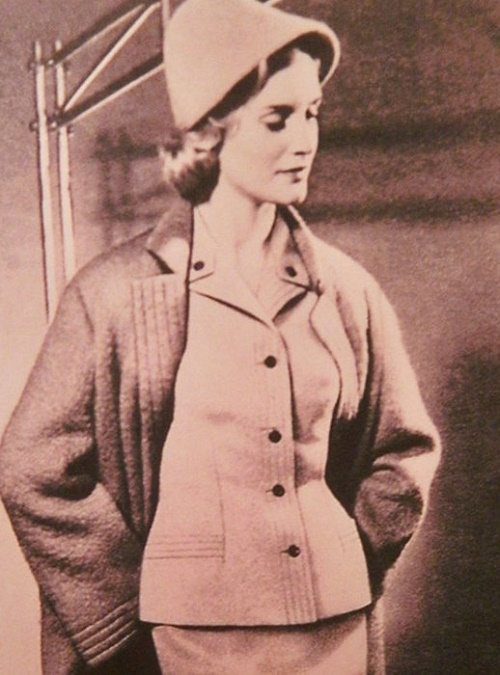 After graduating from college Valya was invited to work in the Riga operetta. She had a wonderful voice, and she had long dreamed of becoming a prima ballerina. In Riga she met her first husband – a military translator Boris Zotov. It was love at first sight. Stormy, passionate, but, alas, fleeting. The marriage lasted just over a year. It so happened that in the theater she fell in love with her partner on stage. In short, well-wishers immediately told her husband about a stormy romance of Valentina. Boris filed for divorce. 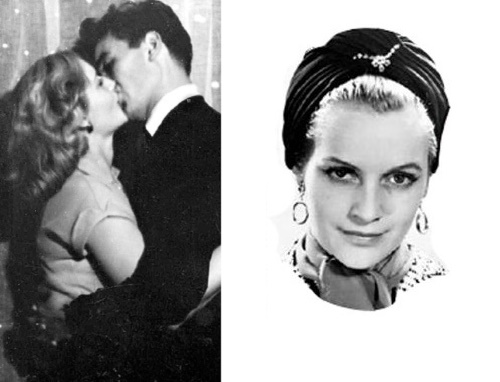 By this time they had a son, Sasha. When Valentina was finally able to return to work, she immersed herself in art to escape and forget about the scandalous divorce from Zotov. Returning from Riga they got divorced, but Zotov and Yashina continued to live in an apartment owned by the Valentina’s mother. Love affair of Valentina with Baltic actor quickly exhausted, and she gave herself to a new job – as a fashion model in the House of models. 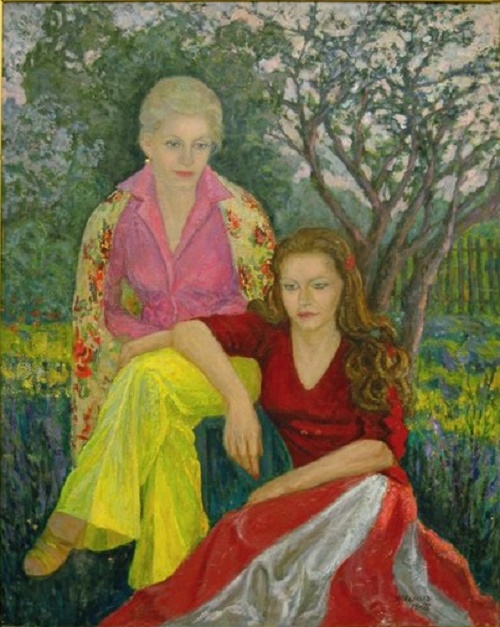 Her ex-husband Boris, according to the people from the family environment, began an intimate relationship with Valentina’s mother! Mature woman always envied the beauty of the eldest daughter, and often allowed herself to flirt with her boyfriends. About their relations Valentina. of course, guessed, tried not to sleep at home, sitting up late at night at the old friends’. Over time, she was often on business trips in the country, or abroad. 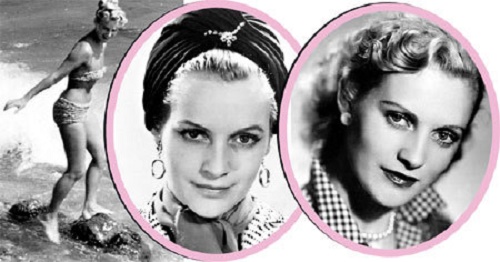 Valentina was very fond of her work. She always said: “The fashion podium emancipated me. Only when I came to the fashion house, I started a real life. I realized: this is mine “. But the chosen profession, unfortunately, did not bring big money.

Body parameters of Valentina were ideal. An interesting fact that on her figure made clothes for the famous Soviet female cosmonaut Valentina Tereshkova. That is, both Valentinas had the same slender figure. Beauty of Yashina was a magnet for men. Even the famous singer Iosif Kobzon did not remain indifferent. He met with Valentina at the home of mutual friends. And then he was struck by her beauty. 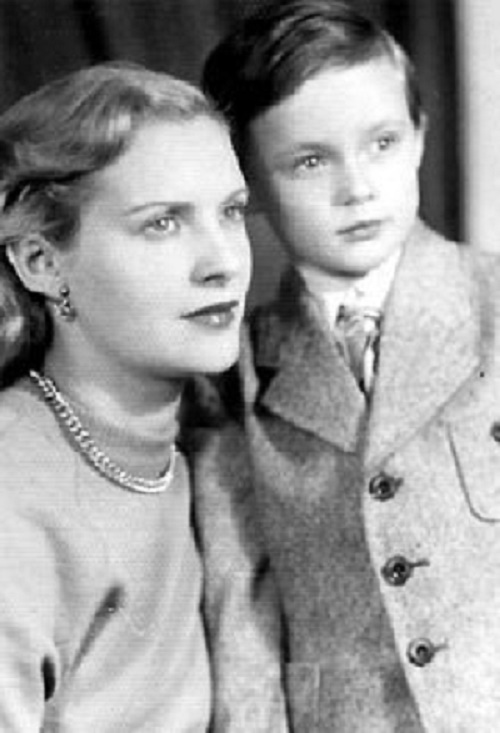 Valentina Yashina with her son

– We celebrated the New Year together – Kobzon said. – I then was a bachelor. Valentina Yashina was a single woman too. So that night I made her a pair. We spent very good time at a Christmas fir-tree. And then we began to meet periodically. Notwithstanding idle opinion that fashion models are unintelligent and uneducated, Valya read a lot and was erudite. She was quite interesting to talk to. Relationship between Yashina and Kobzon did not last long. His constant touring and her fashion shows separated the couple. However, the master still fondly recalls a charming blonde. 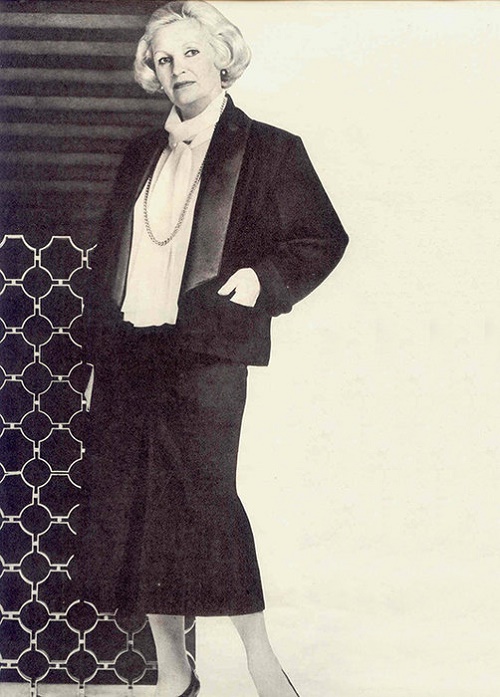 Seven years of civil marriage Valentina lived with Vladimir Gushchin, the son of a senior official. Vladimir was nearly 10 years younger than Valentina. When they met, he was barely 19! She had complexes about it. But the feelings were stronger – Yashina did not dare to break up with him. However, constantly suspected him in betrayals, and was jealous. And he loved her so hard that suffered any tantrums.

When Valentina broke up with Gushchin, at some time in her life, there was another suitor – a well-known painter and director of publishing house “Soviet Artist” Nikolai Malakhov. Cavalier has appeared with great connections and a decent state. Girlfriends of Yashina were confident that from her side about any love could be no question. Valentina’s career has gone into the sunset, and she wanted to live well and in abundance. Malakhov adored the queen of his heart. Not surprisingly, a testament to all his property Nikolai made to Valentina. After the death of Malakhov, Valentina has got property of two car garages, two cars, “BMW” and “Mercedes”, a workshop on Chistoprudny Boulevard, three-room apartment on Tverskaya Street and house in Kupavna in the Moscow region.

But a wealthy widow Valentina Yashina did not stay long. Grown up and back from the army son Alexander decided to take all into his hands. He also began to drink hard. He spent money on alcohol and questionable scams – financial pyramids. All of his business projects were failures, and poor mother had sometimes to work as a cleaner to feed the son.

Valentina had a complex, that she paid little time when he was a kid, and now with money tried to pay for the fact that he was deprived of her love. He fraudulently sold two rooms in his mother’s apartment. The worst thing is that the relationship between Alexander and his mother Valentina did not get any better. It seemed that they were strangers to each other. Valentina was very worried because of this … Her best friends in the house became stray dogs… It seems that she wanted to receive love at least from someone. 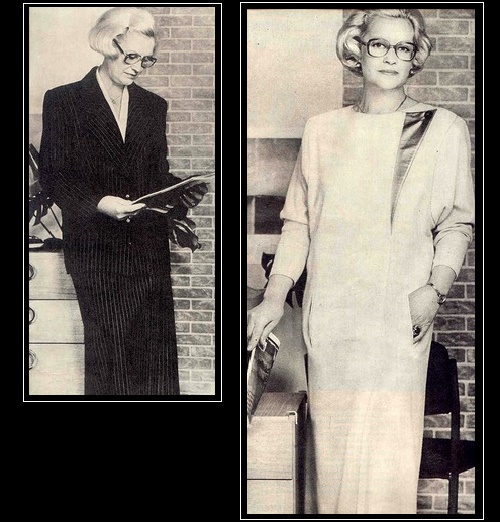 On a cold country dacha, where her son brought her, Yashina spent six years. There she died. The body of a woman who at one time admired thousands of fans around the world have discovered not immediately. Reports of the terrible death of Valentina Yashina shocked the fashion world in April 2006. Fashion designers and fashion models whispering that she died under very mysterious circumstances. The official version of death – heart attack, but many doubted. Yashina was buried in a strange haste. The urn with the ashes of Valentina Yashina was buried at the family graveyard of Malakhov. On the grave is still no monument or even a plate with the name of the model, which once gave a standing ovation domestic and foreign connoisseurs of fashion …