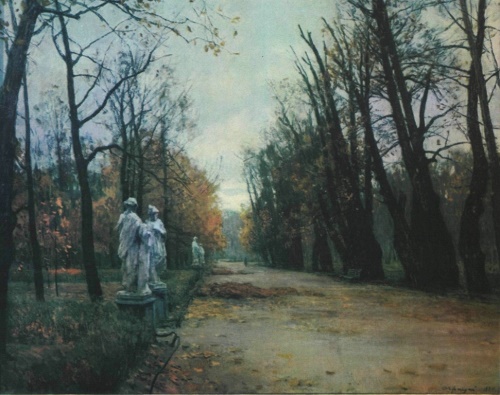 Soviet landscape painter Aleksei Gritsai (1914 – 1998) – teacher, professor, Corresponding Member (1957), Academician of the USSR Academy of Arts (1964). People’s Artist of the USSR (1974), winner of the USSR State Prize (1978) and two Stalin Prizes third degree (1951, 1952). He did a lot for the revival of the Russian landscape in the post-war Soviet art. In the revolutionary and post-revolutionary Russian avant-garde art, and then in the Soviet art of 1930-1950-ies landscape was not popular. However, after the war, returning from the war artists began to look at the world through different eyes. Gritsai was one of these artists, who preferred the pure landscape in the art study. In addition, Gritsai was an outstanding teacher. He taught and then led a workshop at the Moscow State Institute named after Surikov, headed a commission of the Academy of Arts on the work with young artists. 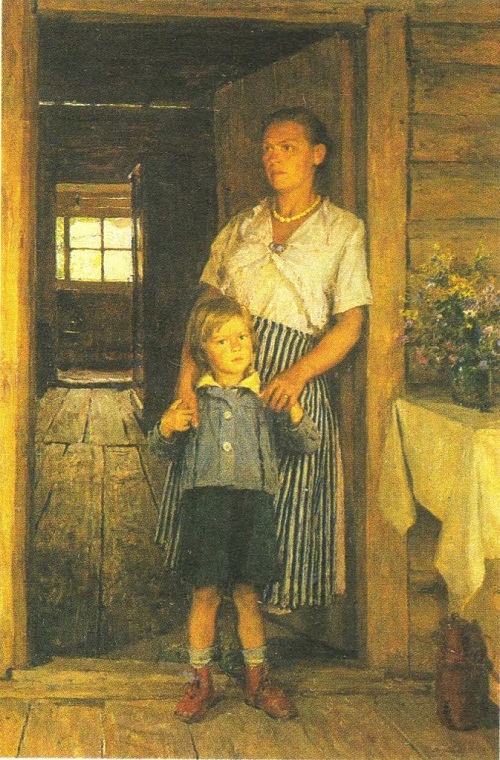 Soviet landscape painter Aleksei Gritsai was born March 7, 1914 in St. Petersburg. In the early years Alexei Gritsai received his first lessons in painting from the masters of the old Imperial Academy Robert Bach and Robert Zaleman. In 1932 Gritsai entered the Leningrad Institute of Painting Sculpture and Architecture. By this time he was already a painter of certain views, focused on the classical school. Immediately after graduation, Gritsai was called up for military service in the artillery. From the first day of the Great Patriotic War, he was at the front, with fighting went from the western borders to Stalingrad. He was awarded the Order of the Patriotic War II degree.

After returning from the front Gritsai entered the masters team, who worked on the canvas “The USSR Academy Presidium meeting.” At this time, the artist created three portraits of academicians Nikolai Semyonov, Mikhail Pavlov, and Boris Polynov. These works brought a portrait painter Stalin Prize. They were distinguished by great psychological expressiveness and delicately written out details. In the performance of these works I felt serious, thorough school. Remembering the Academy of Fine Arts, Gritsay always gratefully spoke about the period of study at Vasily Yakovlev and Isaak Brodsky.

For a long time Gritsai taught at the Art School in memory of 1905 and at the Moscow State Art Institute named after Surikov. He always reminded students that “the ability to draw, knowledge of the laws of perspective and composition does not stop the process of expression of talent, but only helps it.”

The evening in the house of the artist Andrei Tutunov. 1962. Soviet artist Alexei Gritsai

A. Gritsai. Willow in bloom

Snowdrops. 1956. All-Union exhibition of Soviet art to the 40th anniversary of October Revolution