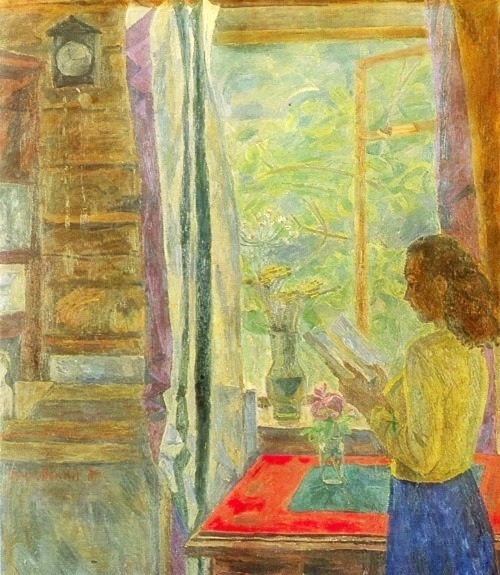 Born in 1923 in Tbilisi, Eduard Georgievich Bragovsky graduated from the Moscow State Art Institute of VI Surikov (1953). He studied in the workshop of PI Kotov. Author of genre paintings, landscapes, portraits, and still lifes. Painting by Bragovsky differs spectacular colorful, joyful, and major sound. The richness of color development serves for the artist a bright emotional interpretation of nature. According to the Moscow based artist, he proudly belongs to the “sixties” (1960s). The sixties of the last century, when a young artistic movement was born from the “thaw”, changed the development of Russian fine arts. This movement gave so many fine artists: Pavel Nikonov, Nikolai Andronov, Ivan Sorokin, Viktor Popkov, Tair Salakhov, Albert Papikyan, Peter Ossovsky, Heliya Korzhev, and Mikhail Ivanov … Meanwhile, today this movement in the West is called “Russian impressionism” for some reason. 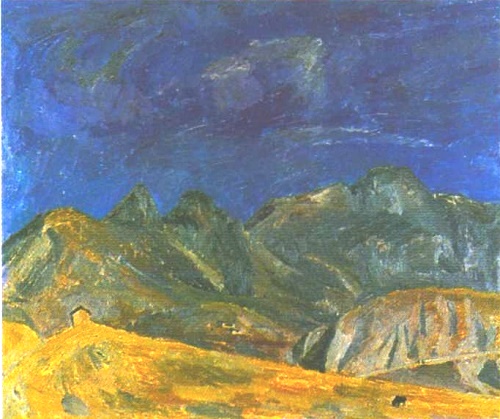 Autumn in the mountains of Uzbekistan. 1981

However, the main inspiration for the artist is his family, his wife, their children, and grandchildren. In addition, it is his favorite Tarusa. Here Bragovsky lives every summer for more than fifty years. Here he has his own house. Also, his wife Natasha has lived in Tarusa since the pre-war time, when she grew up in the house of her grandfather. Besides, she brought Eduard Bragovsky here in 1948 – and since that time they have stayed here forever.

Of course, his creative interests were not limited to Tarusa. He loved the old Russian cities – Pereslavl-Zalessky, Rostov-Yaroslavl, Pskov, Novgorod, Ferapontovo … He traveled around Russia and visited many countries. 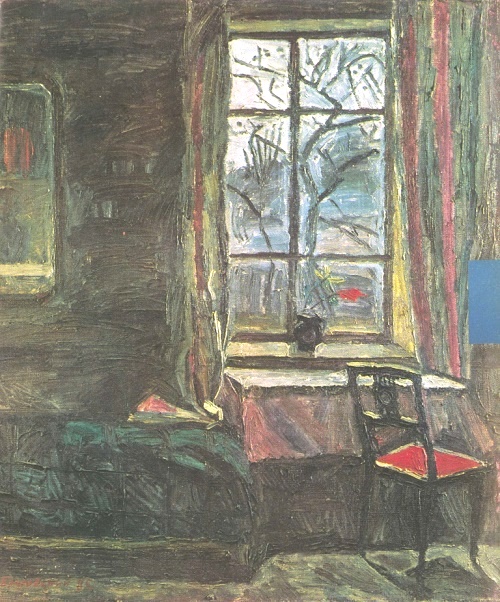 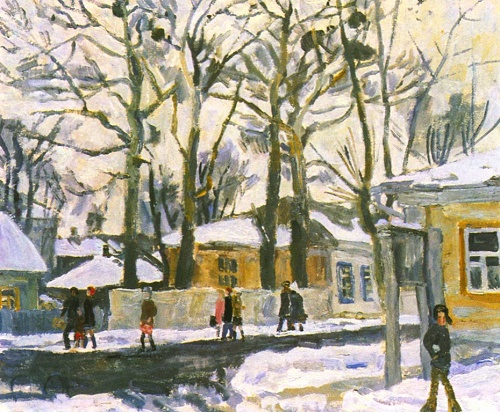 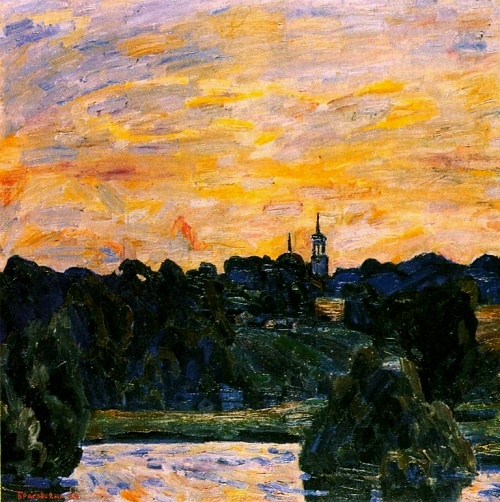 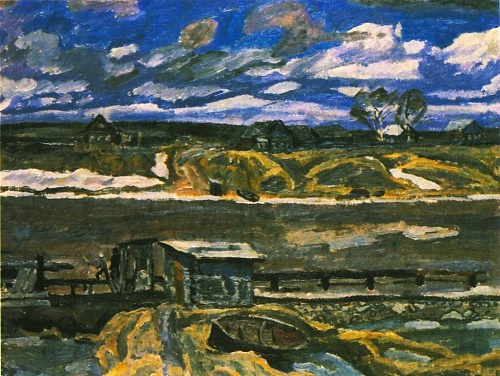 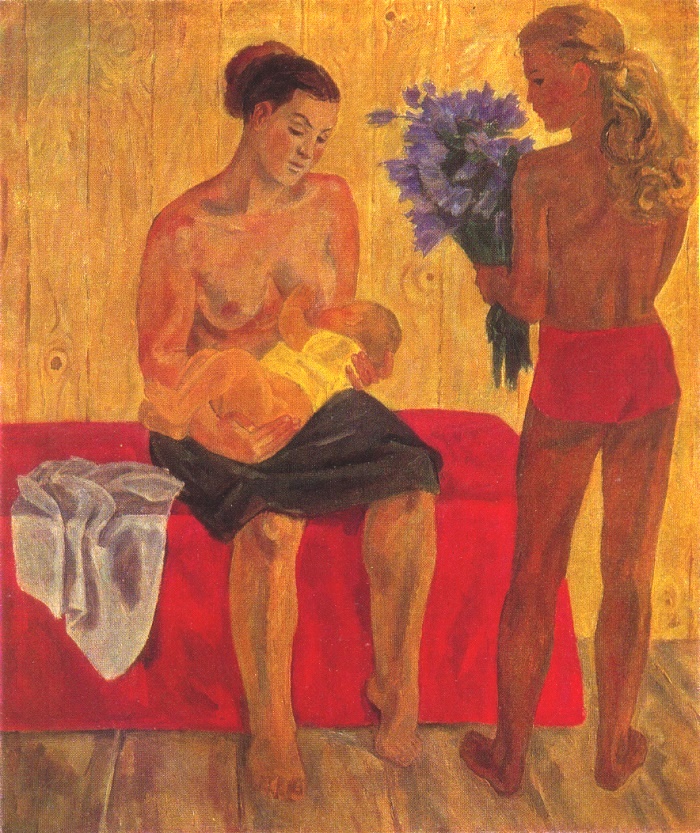 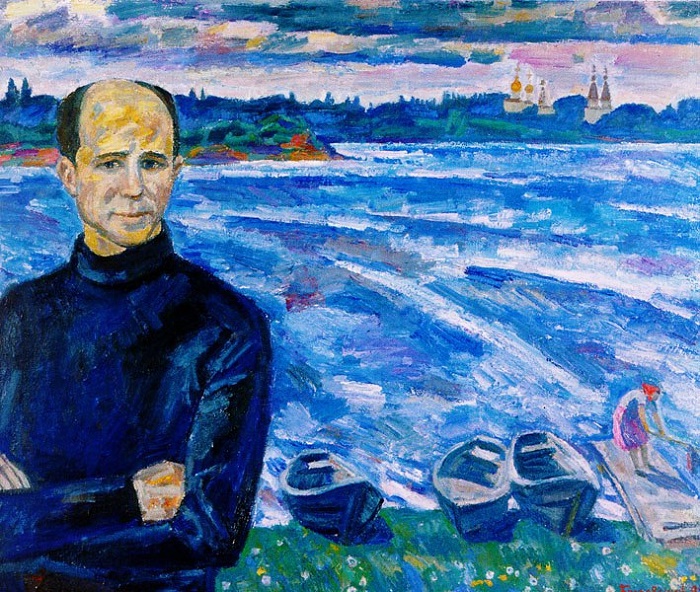 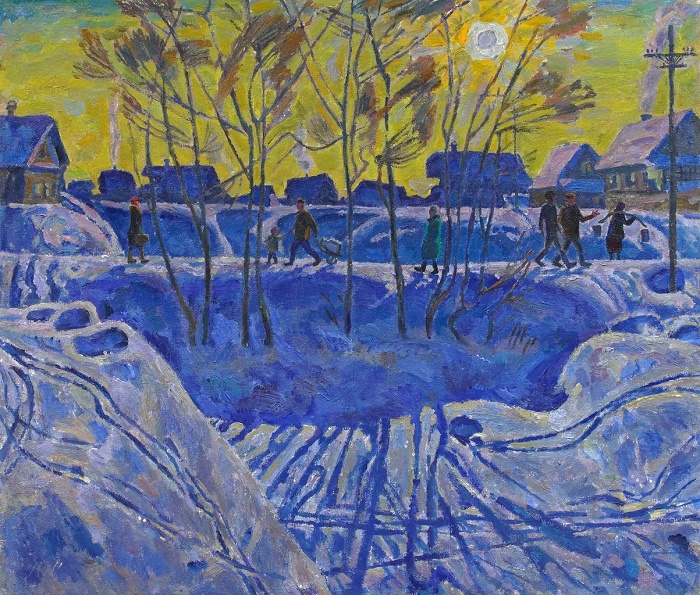 Road to the shop. 1979. From the collection of the Institute of Russian Realistic Art 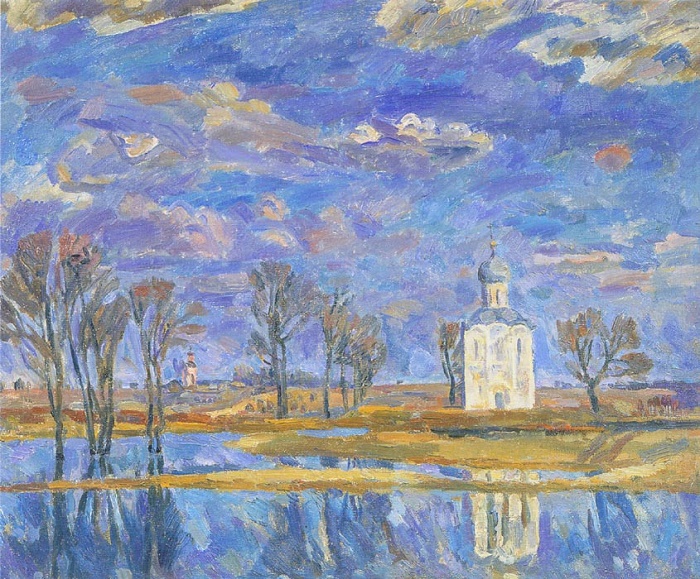 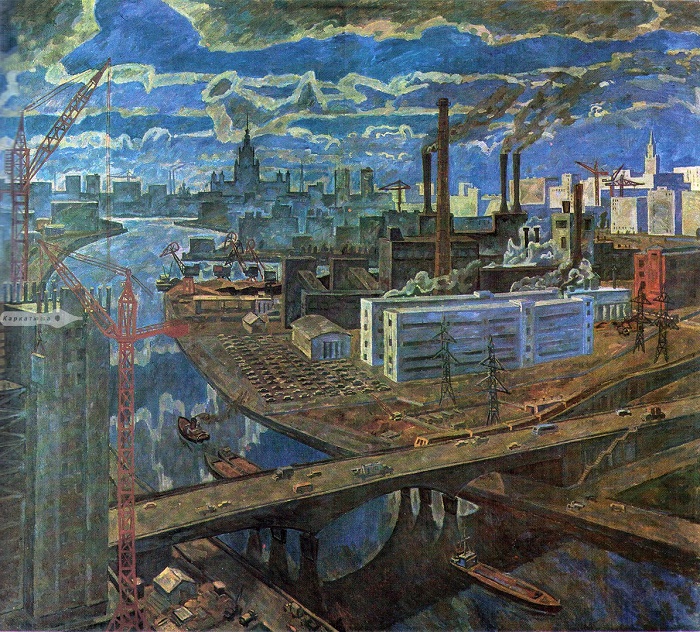 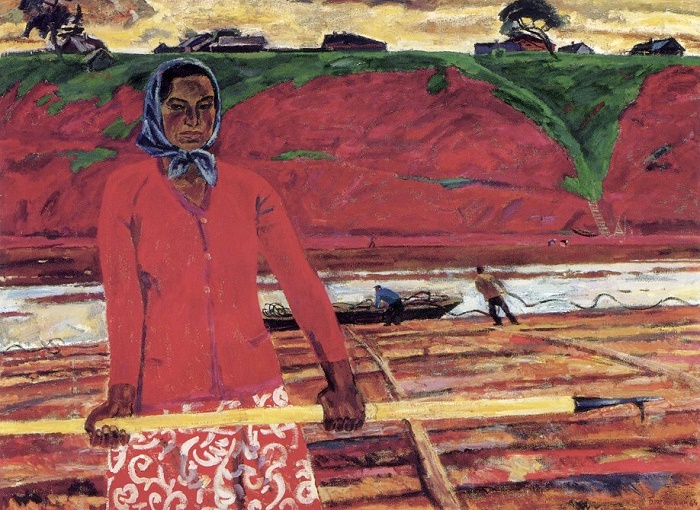 Forest rafting on the Vetluga, 1964 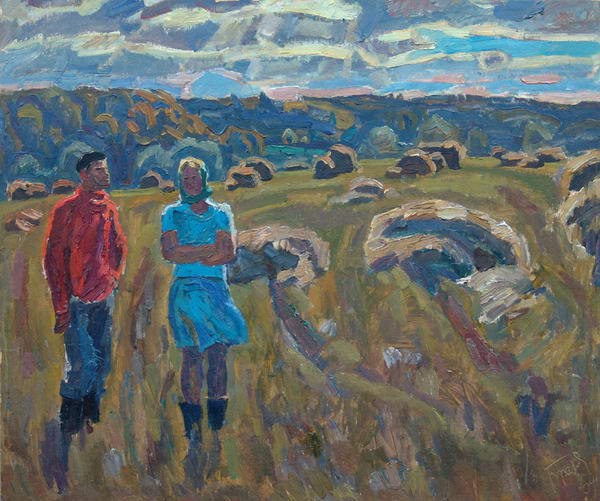 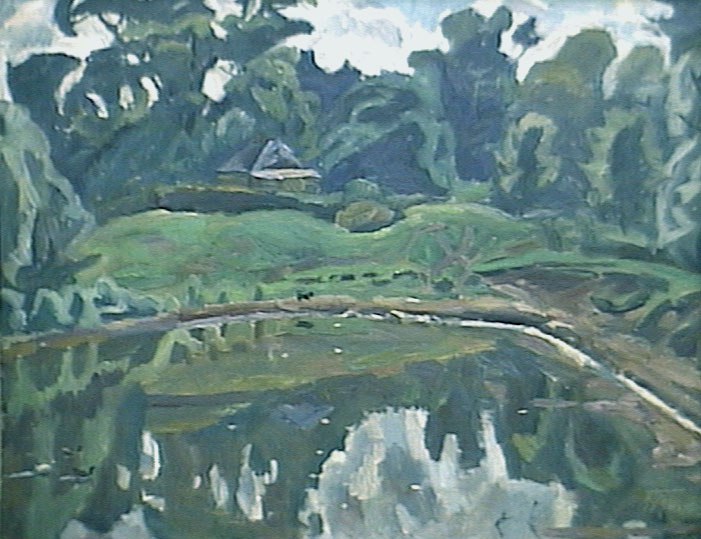 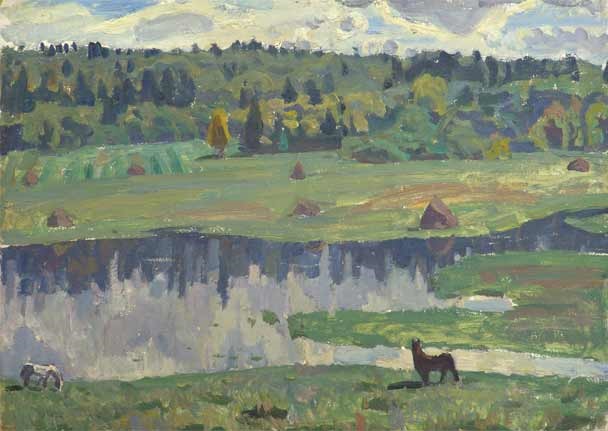 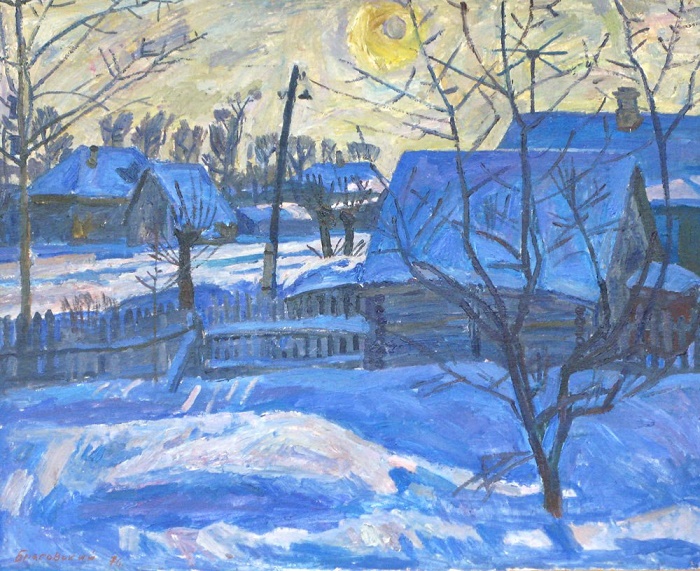