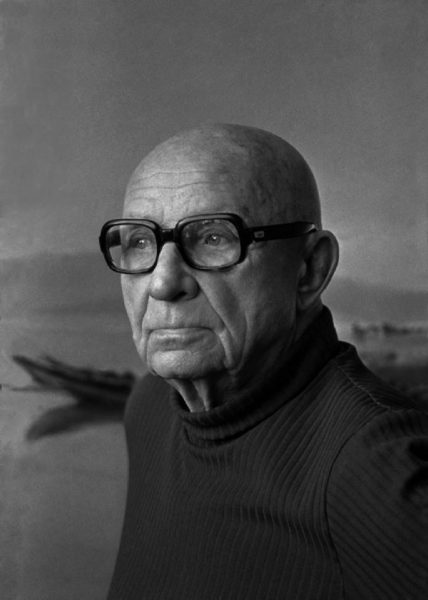 The future master studied at the V. Olavs commercial school (1912-1917), during the First World War in Tomsk, at the same time attended an art studio, where he mastered the basics of painting (1914-1918). He continued his studies at the Latvian Academy of Arts in Riga with the outstanding landscape painter (student of A. Kuindzhi), who had a high professional culture V. Purvita (1922-1932). The young artist, together with the fishermen, went to sea, set nets and raised sails, trying to capture in his memory everything connected with the sea element. 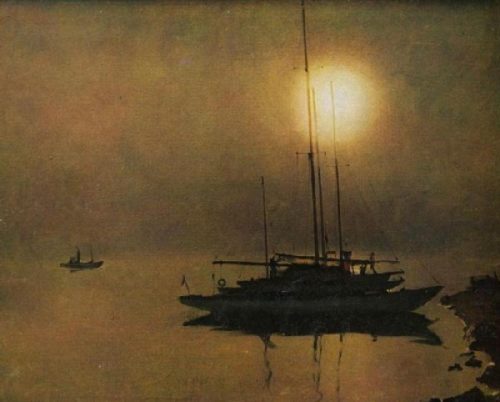 But it was not poetic landscapes and not high classics that determined the aspirations of the young painter. He began to be seriously interested in the problems of social painting. He wants to paint pictures about the life of ordinary people today. Kalnyn is not alone in this desire in Latvia; a number of talented painters headed by J. Liepin set themselves similar goals.

The paintings “The Rafters” (1935) and “The Barge” (1938) occupy a worthy place among the works of this kind. Eduard Kalnyn shows the strength, power of people from the people. His art is harsh. The painting of Kalnyn’s paintings of this period is rich, sonorous, moreover, the artist deliberately limits his color palette. 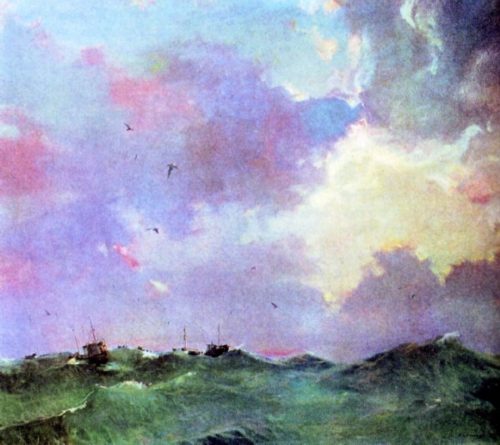 In his works one can feel great temperament, pressure of feelings.

This is not the first time Eduard Kalnyn has written to fishermen, but never before has his work sounded so optimistic. An insignificant, clearly everyday plot (fishermen in a boat) acquired significance, was perceived as an assertion of the joy of a new life, in which a common man finally became his own master. There is a special beauty in restrained painting, soft but sonorous color combinations. This is a truly lyrical genre, a picture about modern life, simple and sincere, without rhetoric and splendor, honestly and poetically telling about the feelings of people. 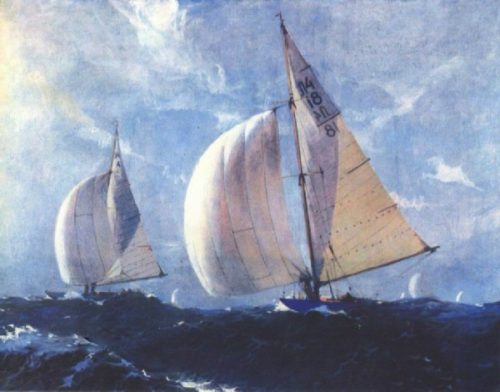 In the late 1940s, together with another Latvian artist Aleksandrs Zviedris, Kalnins builds a yacht. The ship, built by their own hands, was named by the artists “Varaviksne” (“Rainbow”). While sailing in the Baltic Sea, they stopped in the fishing harbors of the Gulf of Riga and entered Estonian ports. On the yacht, Eduard Kalninsh wrote many sketches, trying to catch the changes in the water and sky depending on the weather and time of day. Many of the sketches created on the yacht are completed works, while others served as the basis for the creation of significant paintings.

The artist has repeatedly turned to the motives of the regatta, but this particular canvas, painted in 1954, is a real masterpiece that can decorate any museum. The solemn and colorful composition evokes a major mood in the viewer, makes them feel the involvement of the struggle of brave and courageous athletes with the sea element. Only a man who sailed himself, overcoming the resistance of the wind and the power of the sea wave, could create such a realistic, convincing outstanding work. 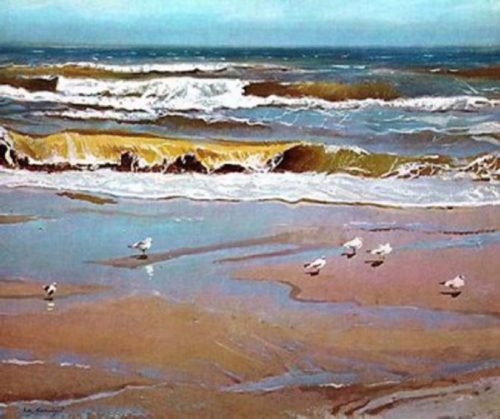 The colorful marinas dedicated to the nature of other countries are also romantic.

Eduardis Kalnins writes the Black Sea, the waters of the Atlantic and Pacific oceans. Enchanting poetry emanates from his “Venice” (1964), “Shimoda” (1970s), paintings that reflected the impressions of visiting India and Japan. 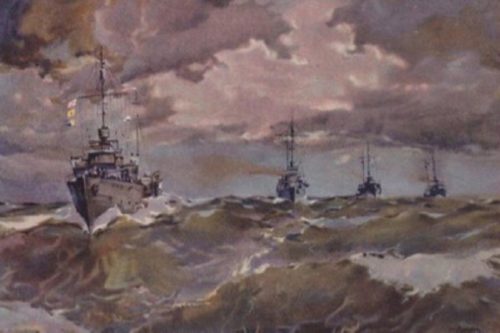 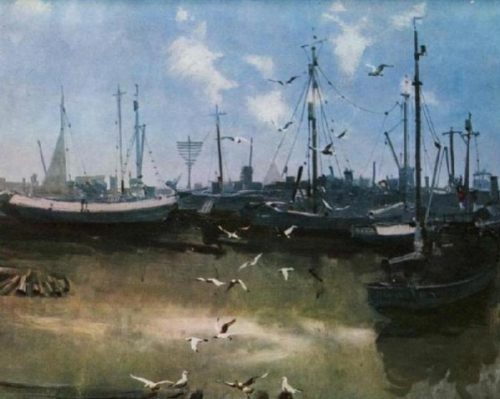 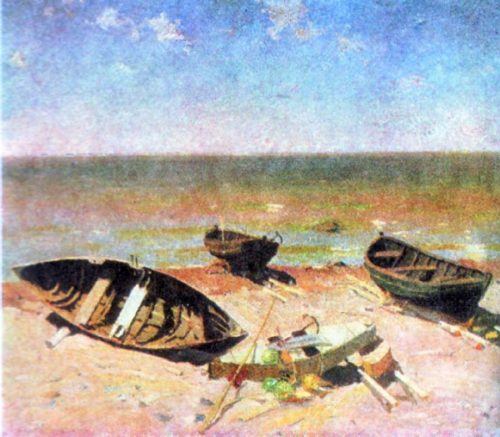 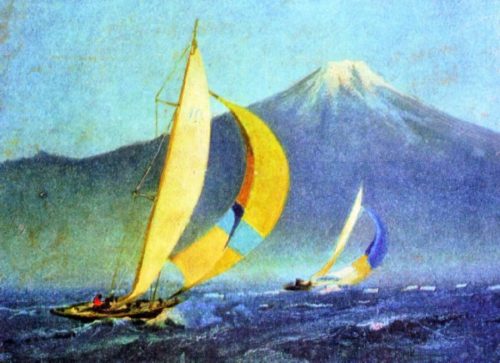 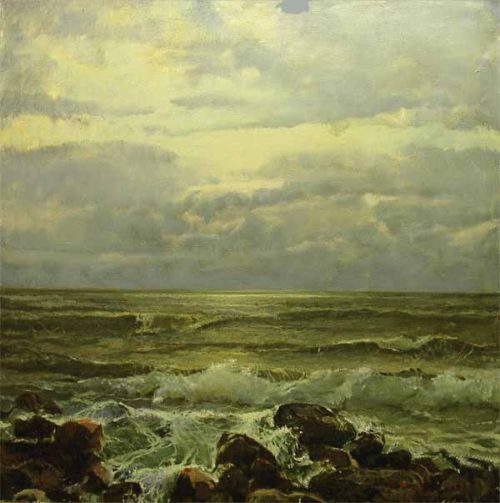 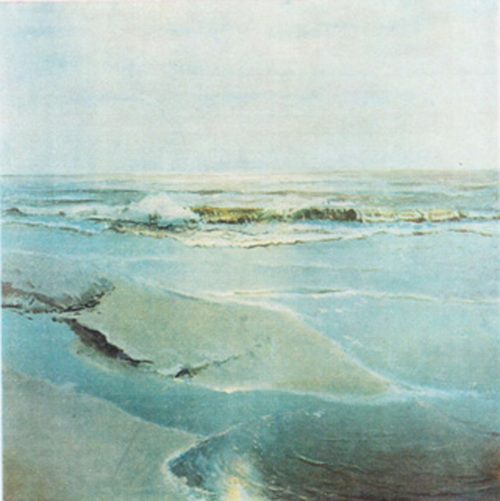 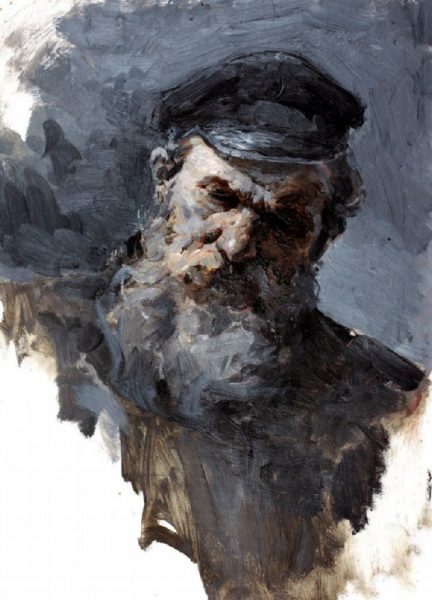 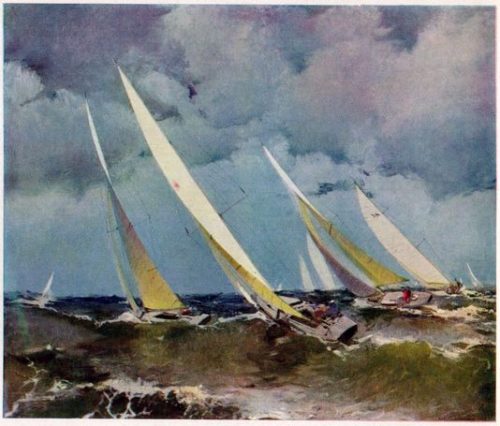