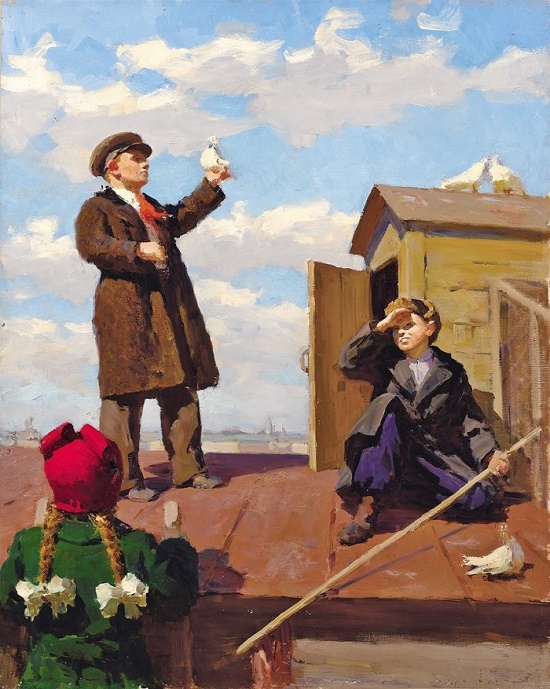 Born August 27, 1914 in Romanovskaya stanitsa, now Rostov region, Ivan Andreevich Yazev studied at the Rostov Art College (1931-1935). His teachers were M.B. Grekov and A.M. Chernykh. After graduation, he worked at the Rostov Association of Artists “Rostov Art” (ROSTIZO) for 3 years. Meanwhile, in 1938 he entered the Moscow State Art Institute of V.I. Surikov. Yazev studied in the workshops of outstanding Soviet painters A.V.Lentulov, A.A. Deineka, and S.V. Gerasimov. Unfortunatelly, the artist had to interrupt his study because of WWII. Member of the Great Patriotic War, Ivan Andreyevich Yazev fought on the Volkhov, 2-nd Ukrainian, and 3rd Ukrainian fronts, as commander of a rifle battalion. His military awards include the Order of Alexander Nevsky and the Patriotic War of the 1st degree, medals “For Courage”, “For Victory over Germany in the Great Patriotic War of 1941-1945”, “For the Taking of Budapest”, and “For the Taking of Vienna”. 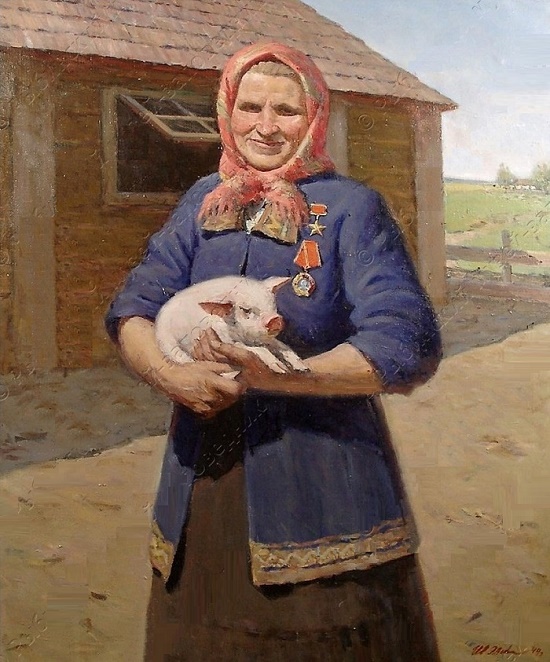 Having graduated from the Moscow State Art Institute of V.I. Surikov in 1948, the same year he became a member of the USSR Union of Artists. Participant of Moscow, republican, all-Union exhibitions of Soviet Art, he was Honored Artist of the RSFSR and People’s Artist of the USSR. Had numerous creative trips. In particular, to the Volga-Don channel, Georgia, Armenia, Kyrgyzstan, and more. As a result, he created talented works: “The 13th Gate of the Volga-Don Canal” (1952), “Armenia. Arzni “(1955),” Georgia. Svaneti. Mestia “(1955),” Kirghizia, Jailoo “(1965), etc. 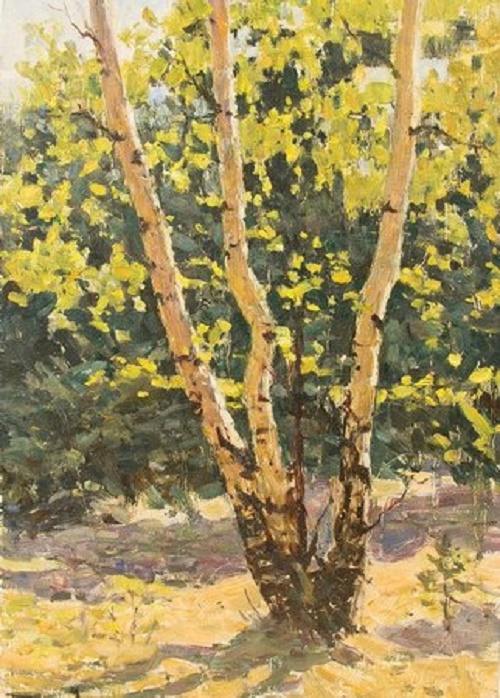 Exactly and plastically expressive, the author conveys the images of simple workers, heroes of war and labor. For example, Portrait of the Hero of Socialist Labor NA Sarkisyan (1948), representatives of the creative intelligentsia of writers, artists, and scientists (Portrait of Academician AA Borzov (1953). In every work, whether it is a serious program work or a tiny etude, there is necessarily a mood, an accurately conveyed state of nature. The author is constantly looking for new visual means for expressing one’s own worldview, confirming, we honor forever Russian realistic school of painting.

Ivan Andreevich died on May 17, 2011 (Moscow). His works are in the Yaroslavl Art Museum, the Chuvash State Art Gallery, the Rostov Museum of Fine Arts, and other museums of the country. 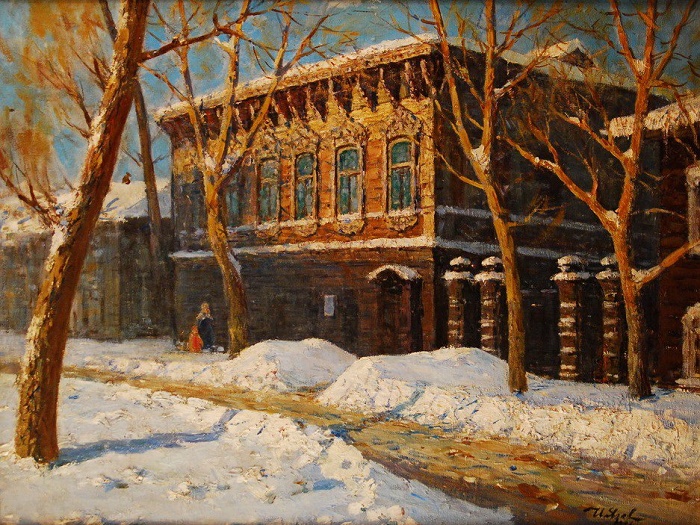 House in the city of Tomsk, the place where V.Ya. Shishkov wrote his novel ‘The Ugryum-river’. 1986 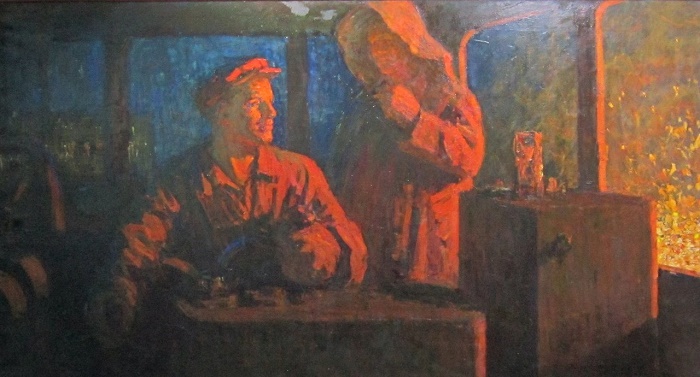 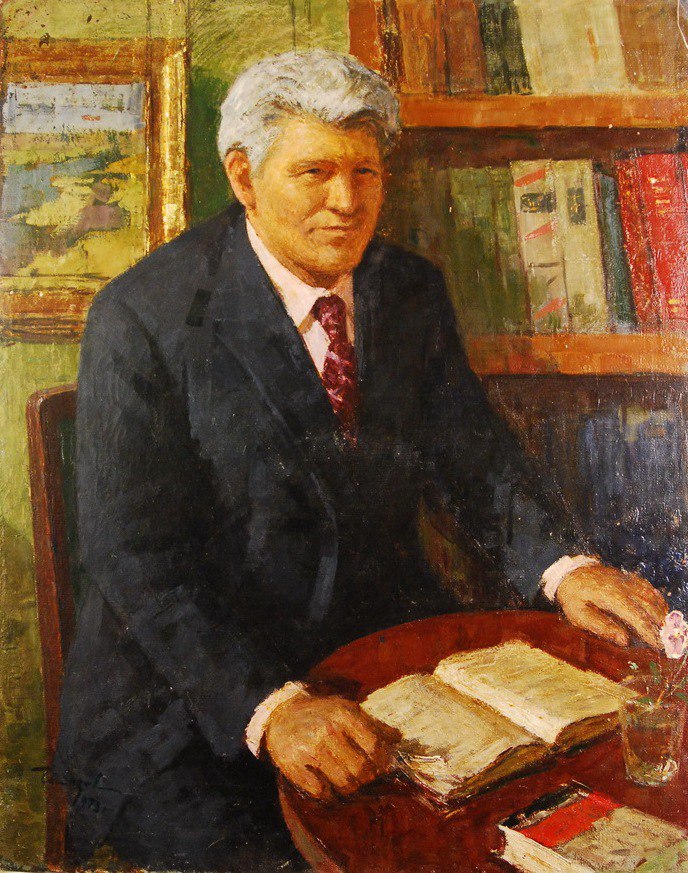 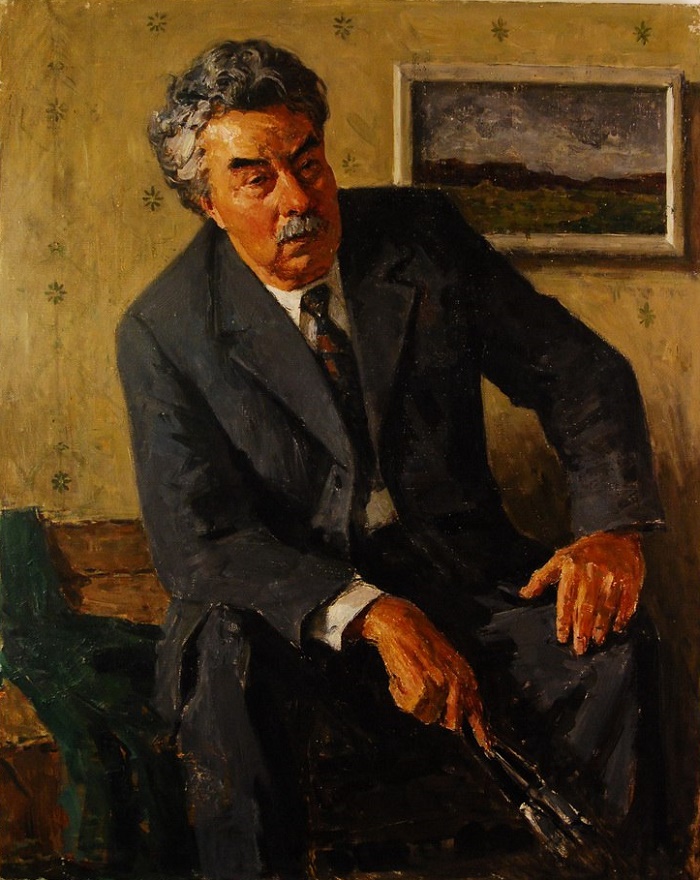 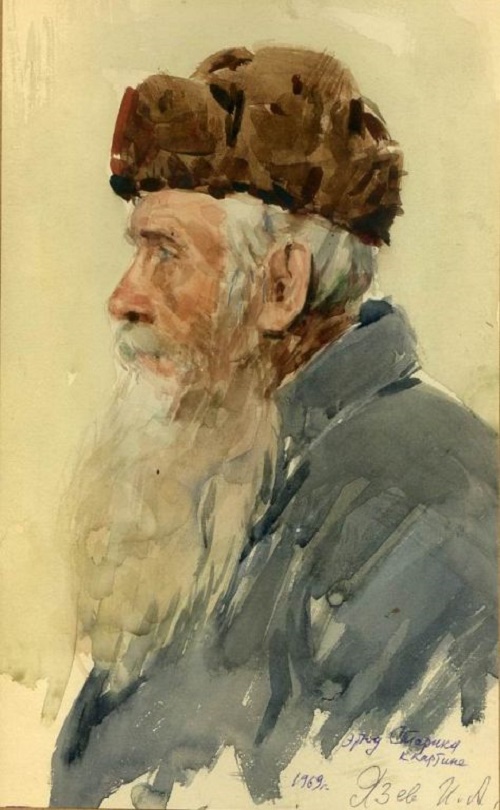 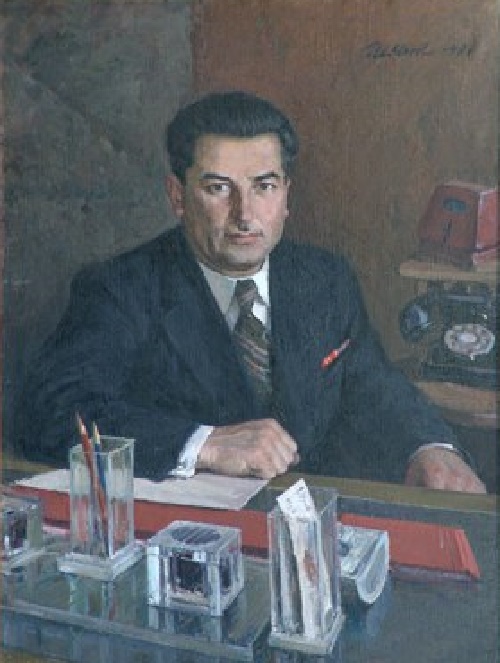 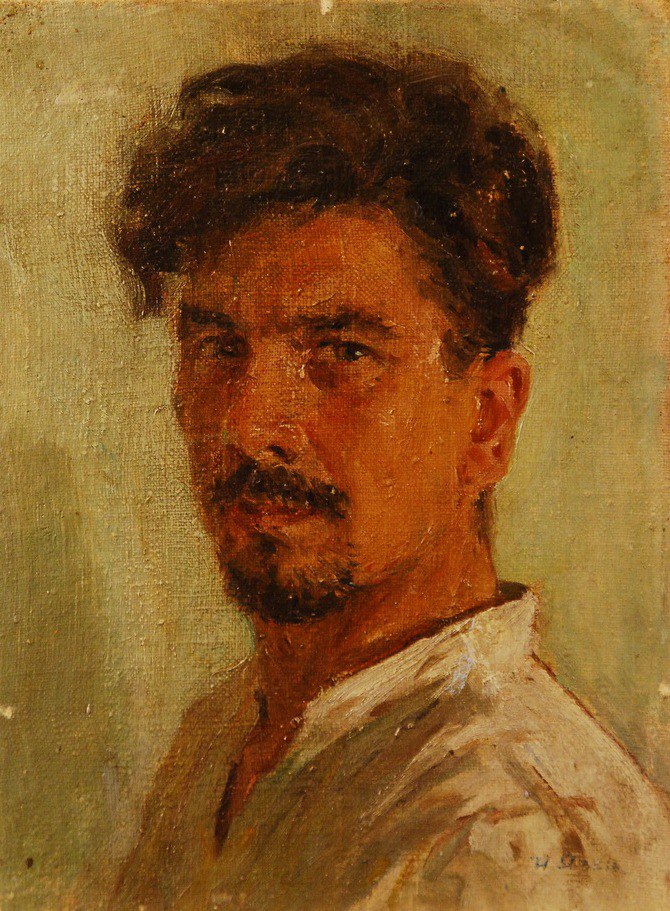 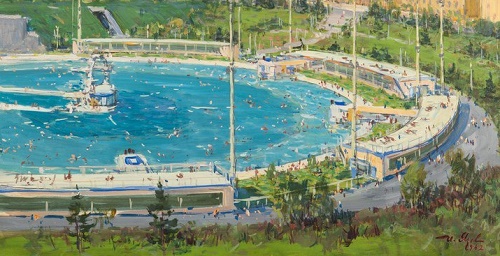