In Soviet times, the profession of a “model” was as mysterious and unattainable, like a profession of astronaut or attache in France. Soviet people remember well the fashion magazine “Silhouette”, and some issues of the fashion magazines featuring Soviet fashion model Regina Zbarskaya. The models were inhabitants of heaven, even greater than film actresses, these at least were shown on television and interviewed for newspapers. Where the models like Regina live and how they work – remained a mystery. All these secrets revealed in the post-Soviet era. And then we have learned about sad fate of Regina Zbarskaya, betrayed by everybody – from friends and relatives to fans … 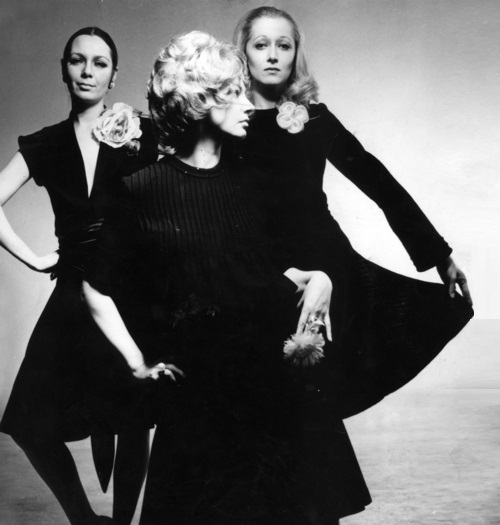 Then Regina Kolesnikova, the daughter of a retired officer, she studied in the Vologda school.
Meanwhile, in 1953, at the age of 17, she went to conquer Moscow. According to official documents, she was Regina Kolesnikova – the daughter of a regimental quartermaster and Russian language teacher, born in Vologda in March 1935. And she dreamed of becoming an actress. However, prudently estimating her capabilities, she entered the Faculty of Economics.

Regina Kolesnikova tried to visit various parties and fashion shows that Moscow elite used to visit. Meanwhile, at one of such shows she met with the artist – fashion designer Vera Aralova. She invited her to casting and Regina got on the podium.

It was a time (early 1960s), when the world opened the Soviet Union for themselves when Russian fashion shows began in Europe, and in particular, in Paris. There our girls were named “the most beautiful Kremlin weapons.” Called Russian Sophia Loren, Regina, with her European, slightly cold beauty came to taste of foreign audience.

At this time she meets Leo Zbarsky – fashionable Moscow playboy of those years. Leo – dessident artist, a man of free views, son of the famous scientist Boris Zbarsky who embalmed Lenin. Regina was happy: she has found a noble family, a big name, and she dreamed of a large family of children. Unfortunately, her husband did not share these desires, he insisted on an abortion. They say, that since that time Regina became depressed: she, not very sociable, completely turned in on herself. However, suffering only added attractiveness to Regina, in pain she became more beautiful… Thus, she turned into a gorgeous woman with a sensual charm in the eyes.

Meanwhile, in Fashion House on Kuznetsky Most has already appeared another Soviet couturier – Vyacheslav Zaitsev. And his first model was Regina, who also took part in the negotiations with the French. Regina spoke with Dior in French and finally won the foreign delegation. Cardin called her the “Soviet Sophia Loren”. Besides, rumors spread about her affair with Yves Montand.

As for her husband, he then became interested in another beauty – Soviet actress Marianna Vertinskaya, and the marriage fell apart. The more Regina was sliding into depression, the more increasing was the dose of antidepressants. But the last drop was the preparation of a new collection for the trip to Paris. Expected to display elegant dress in national motives (sewed for Regina), at the last moment they decided to give it to another model – blonde with blue eyes.

She was unable to perform at the podium – her age, medications made her walk unsteady. But every day she came to the Fashion House on Kuznetsky. Out of pity she was offered a job as a cleaner in the House. In November 1987, at the age of 51 Regina Zbarskaya committed suicide. Regina died at home, found dead in an apartment with a telephone receiver in her hand. Colleagues at the fashion house did not come to the funeral, and the body was cremated by Lev Zbarsky. The circumstances of her death remain mystery, and the burial place – unknown. Her former friends did not know where she was buried, neither did Slava Zaitsev, whom Regina supported during his first, miserable years in Moscow …

The fate of the “Soviet Sophia Loren” was much discussed in a recent special edition (March 2016) of the program “Let them talk”, on the first channel of Russia. One guest in the studio of Andrey Malakhov – the KGB Major General, retired Valery Malevany said that studying the archives on the subject, he found a lot of evidence of the latest version:
– Arriving in Moscow in 1953, Regina had the title of Master of Sports in Sambo, she made five parachute jumps, was fluent in three languages, in particular, she spoke English, French and German. That is, her father trained her to work in intelligence. “And I can say with full confidence that Regina Kolesnikova-Zbarskaya was an agent of special purpose”. 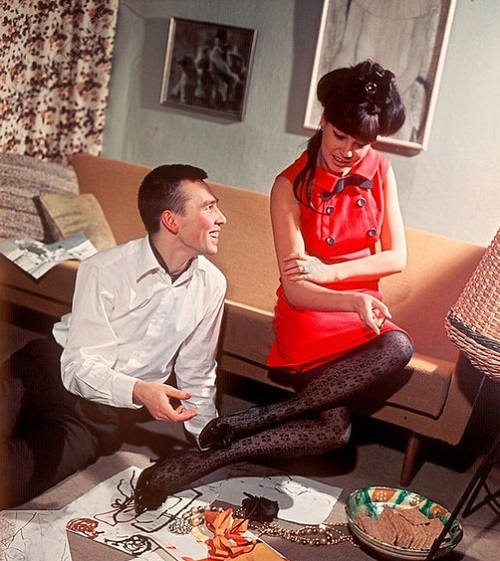 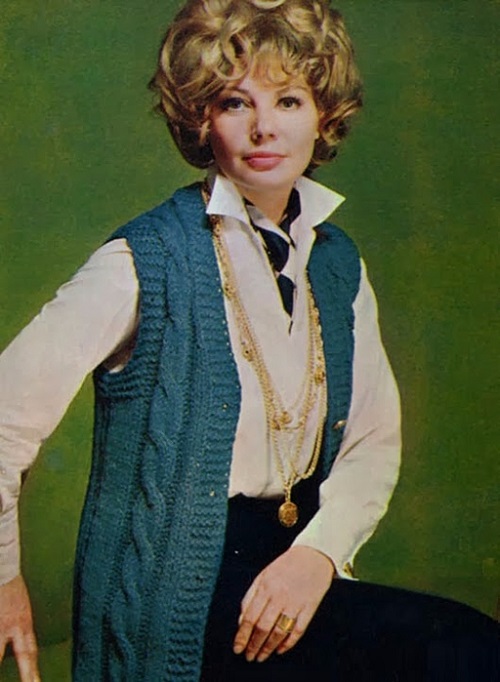 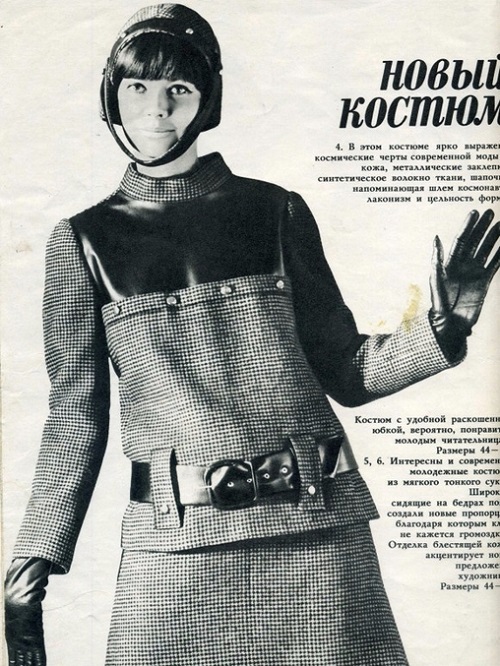 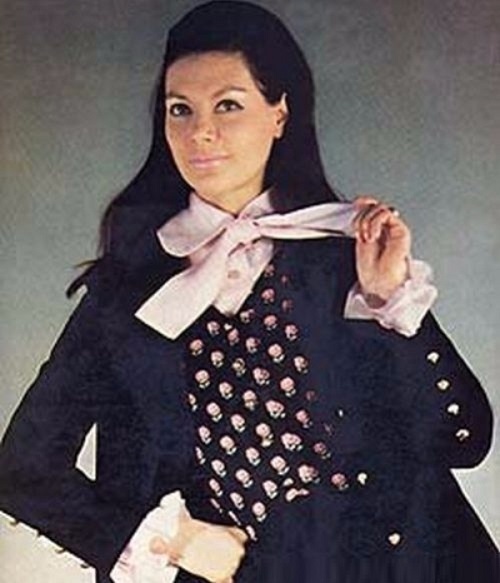 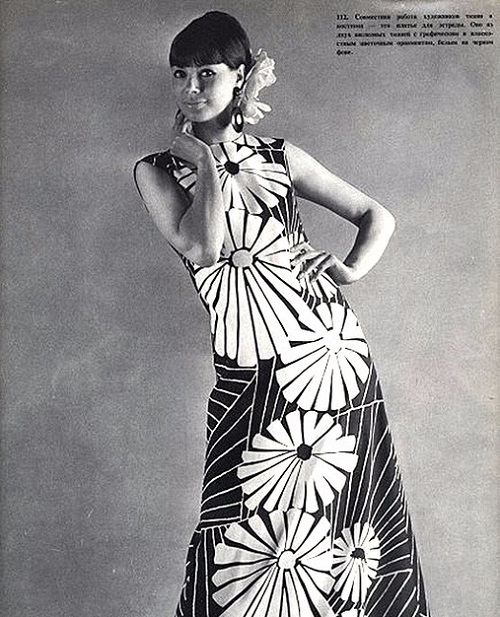 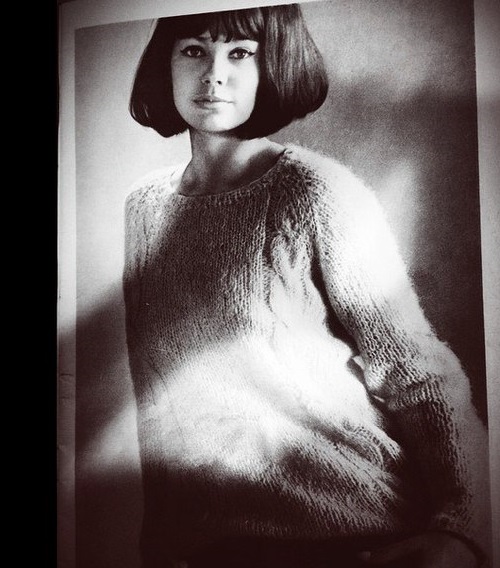 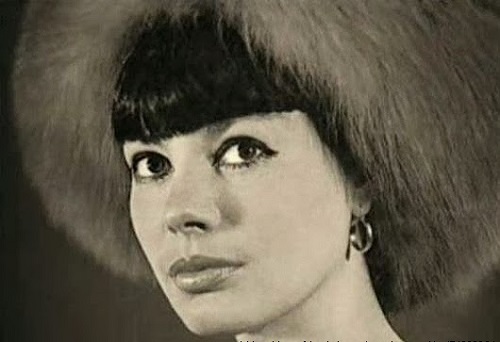 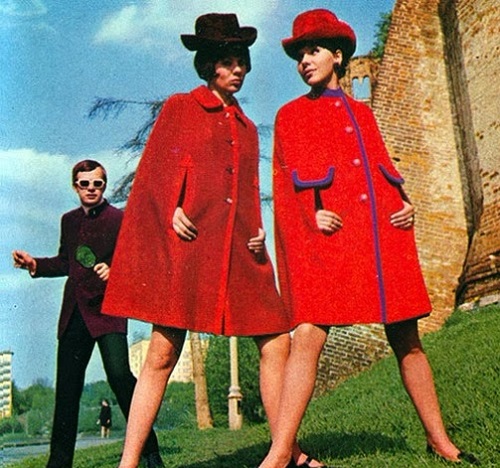 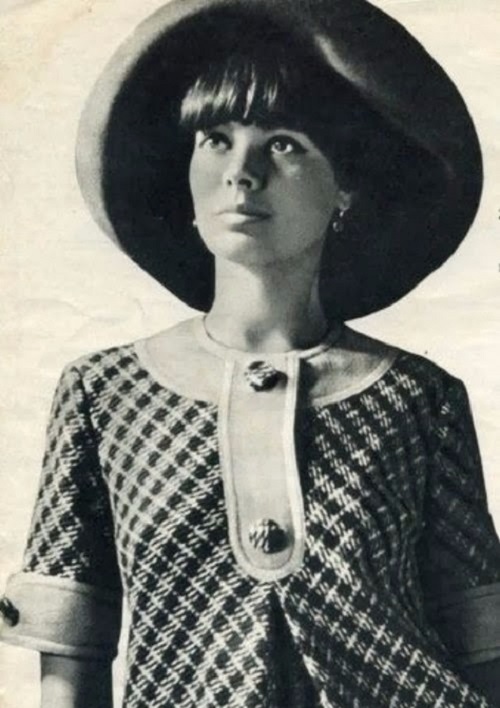 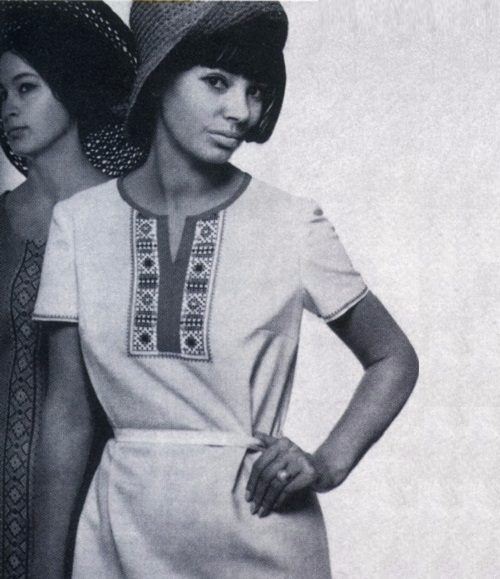 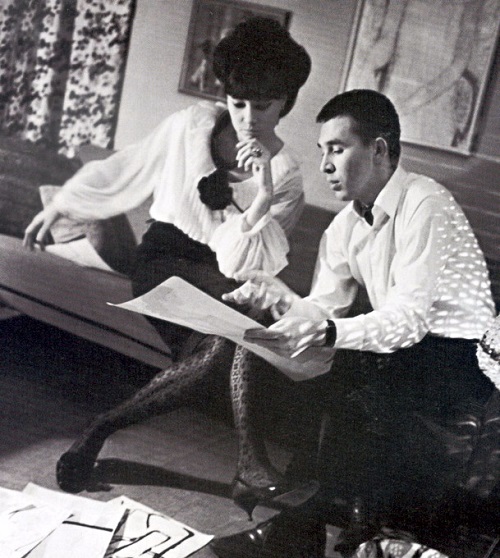 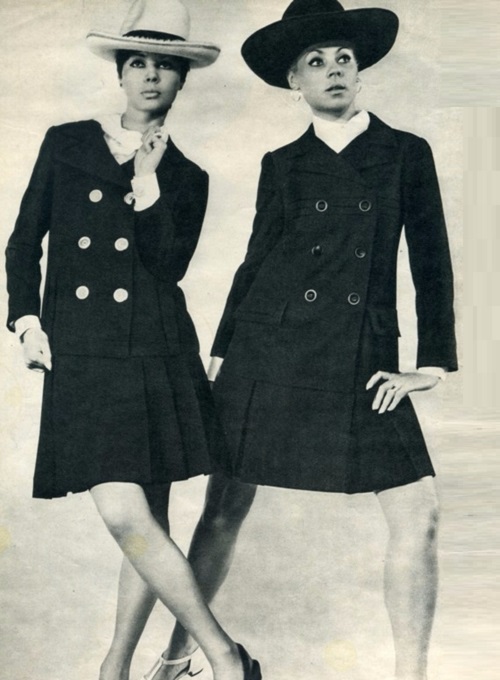 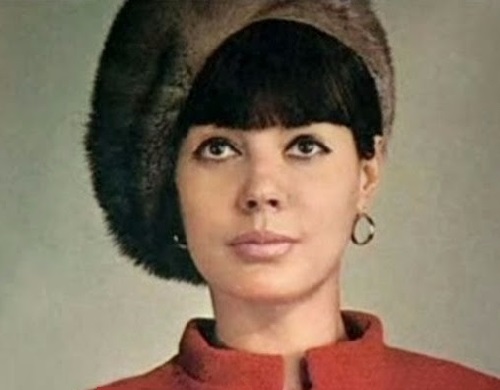 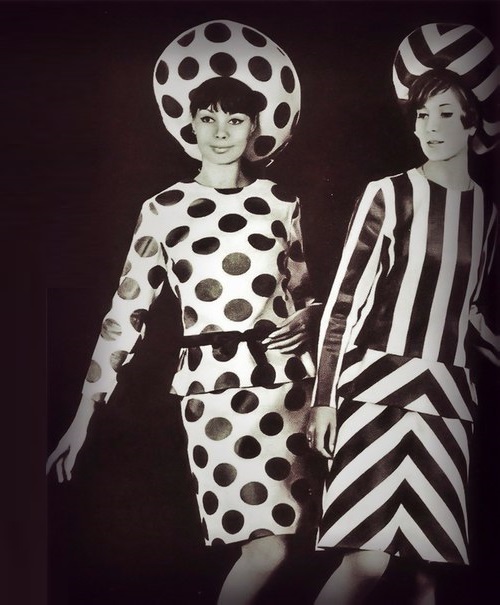 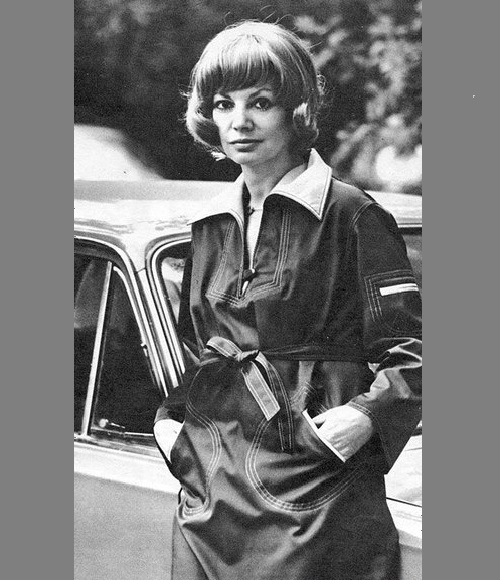 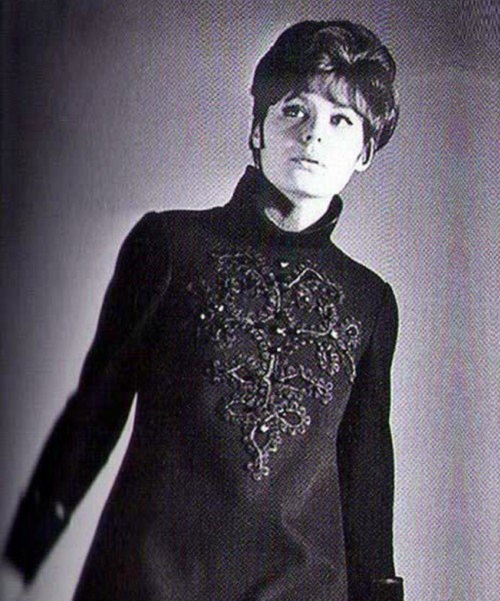 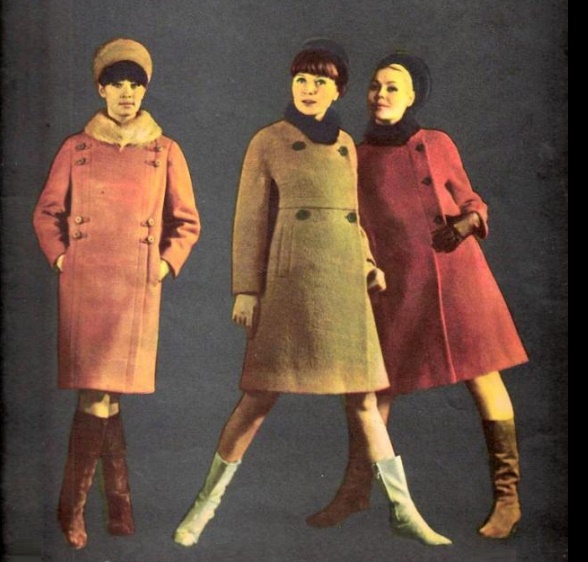