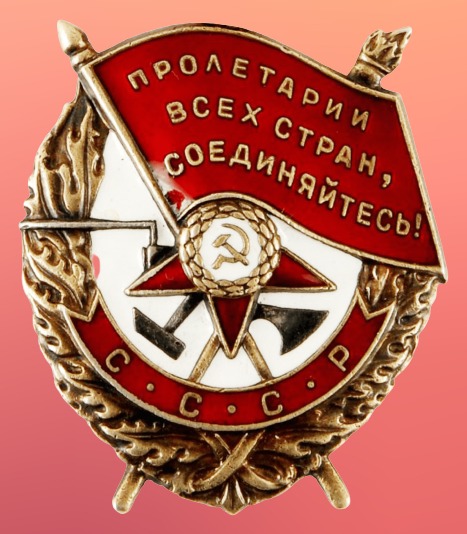 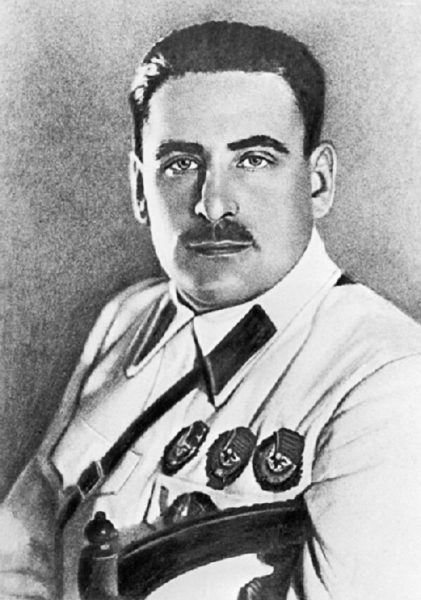 The Order of the Red Banner was originally conceived as a reward for military exploits, so the commission abandoned the design with red carnations and chose a design that included symbols of the fighting spirit of the Red Army: a red banner, a torch, a plow, a bayonet and a five-pointed star. The composition was surrounded by a laurel wreath, which traditionally denoted courage and valor.

The silver award badge was attached to a scarlet rosette and was called the “Red Banner”.

On the basis of an already existing sign, on September 1, 1924, the first award of the USSR was approved – the Order of the Red Banner. There were practically no differences in design, with the exception of the name of the country, embossed on a scarlet ribbon at the bottom. The status has also not changed much since 1918, in the first document there were only five points. 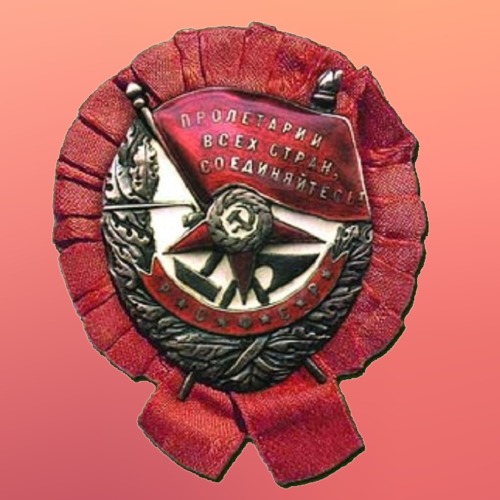 The first of them said that the insignia was awarded to those who showed special bravery and courage in the battles for the victory of the revolution. The merits were not described in detail, since the executive authority did not yet have experience in developing such documents. Over the entire history of the existence of the award, its design has been repeatedly adjusted – only in the period from 1933 to 1991, five types of orders were approved, which differed in small details.

In the mid-1920s, the impractical moiré ribbon disappeared, and in 1943 a ring appeared in the upper part, allowing the sign to be attached to a traditional block with red and white stripes. 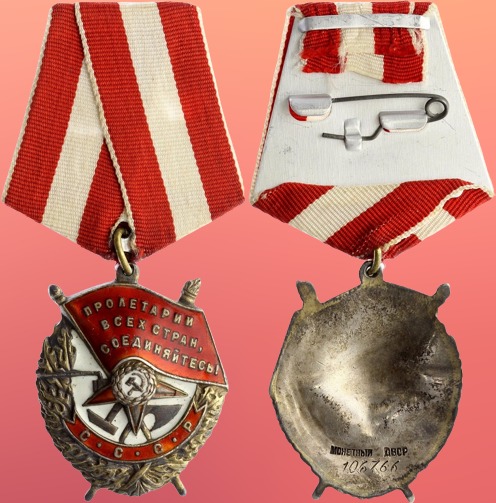 Pendant type of the order

Knights of the Order of the Red Banner

The first among those awarded was Vasily Konstantinovich Blucher. The red commander was awarded the order for organizing disparate partisan detachments in the Urals into a single army, which fought more than twenty battles behind enemy lines in August 1918, seriously undermining the combat power of the White Guards.

Since the award remained the only one for a long time, the order was awarded repeatedly – the ordinal number was indicated on the overlay covered with white enamel. 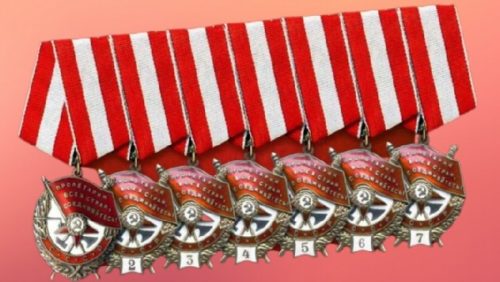 Order of the Red Banner with numbers