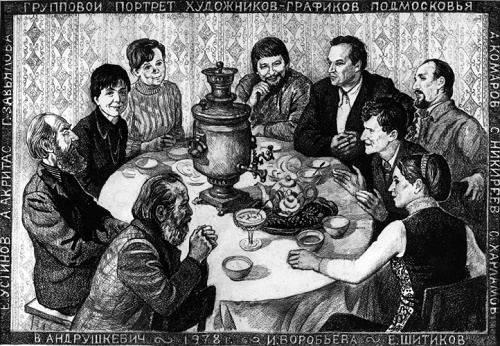 Soviet artist Irina Vorobyova (7.09.1932-2.02.1993) – member of the Union of Artists of the USSR (1958) and Honored Artist of the RSFSR (1979). She graduated from Moscow Art School (1943-50); Moscow Art Institute of Surikov, studio of easel graphics of People’s Artist of the USSR, academician EA Kibrik. Her teachers were M.V.Matorin, M.A.Dobrov, P.I.Suvorov, BA Dehterev, and MM Cheremnykh (1951-57). Vorobyova illustrated books in publishing houses “Children’s Literature”, “Young Guard”, “Soviet Russia”, “The Kid”. In 1986 – awarded the medal “For Labor”. She developed multi-layer printing system with one board in the technique of colored engraving on cardboard, which is unique.
Participant of All-Union, republican, international, regional exhibitions. Besides, her solo exhibitions took place in 1963, 1972, 1978, 1983, 1984, and 1992 in Moscow. In addition, in 1979 in Vladimir, in 1983 – in Izhevsk, and in 1984 – Michurinsk. Her works are in the State Tretyakov Gallery, the Pushkin Museum, 90 museums and galleries in the former Soviet Union and abroad (Bulgaria, Germany, Egypt, Italy, Finland, and France). 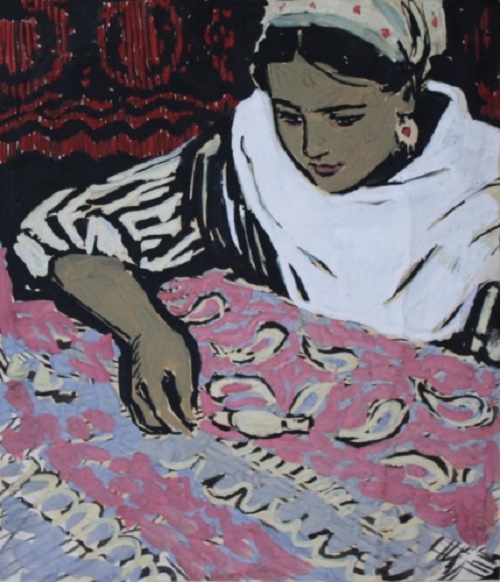 High green slope, cut with pink paths, purple hut under old willows, under the hillside – meadow with a honey scent of flowers and herbs. Elegant swirl of butterfly, striking perfection of colors and lines. In the distance a grazing herd. Cool water of meandering river, overgrown with reeds, suddenly breaks out in the sun with placer of stars.

“How to convey the charm of mother nature? How to portray the work and leisure of people, weekdays and holidays? To convey it fresh, lively, original, colorful. The artist’s path is not easy. Sometimes it takes years to find your subject, your “pantry of the Sun”, and then comes the finest hour – the time of finds and discoveries …”

After graduating from the graphic department of the Surikov Institute, having become a member of the Artists’ Union, Irina Vorobyova continued to search for her image of the world in a constant learning and cognition of life, traveling to the virgin lands, to the construction of Siberia, the North, to Central Asia, to the foreign countries.

However, her own individual style, technique and lyrical imagery system she developed later, in the native Moscow region. It was here that she found an inexhaustible source of hot feelings and great memories, the ability to express a lyrical perception of life.

Looking for new plastic solutions Irina turned to the engravings on cardboard. The first experiments have given interesting results. Engraving on the cardboard makes it possible to combine a holistic vision with graphic pictorial convention. And for her, the transition to the new technology led to a change in the structure of the artistic image, the internal restructuring of the figure, the compositional thinking, the development of an original system of decorative painting.

“With all the passion of searching for new ways in art, should not be forgotten and that captured by usual techniques the artist can fall into pastiche, losing depth. This work requires mental fullness, emotional stress, close observation of life, clarity of thought, the constant work of the imagination.”

“Happiness for an artist is not only in the continuity of the process of creation, in the implementation of ideas, but also in the acquirement an independent life, the exhibitions, traveling around the world, becoming a little strange, the same as grown up children flying out of the nest …” 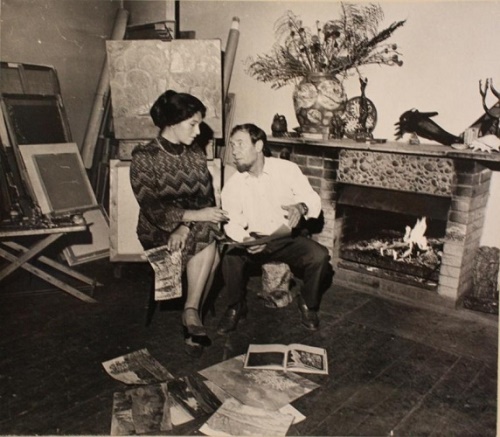 I. Vorobyova with her husband 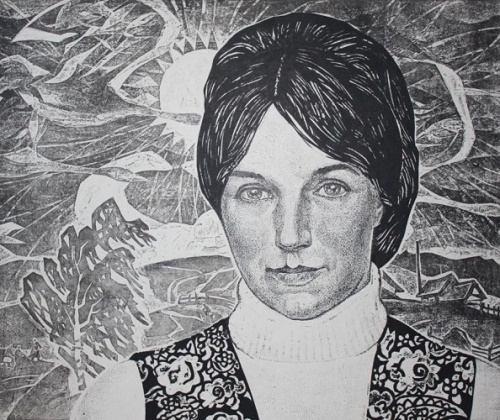 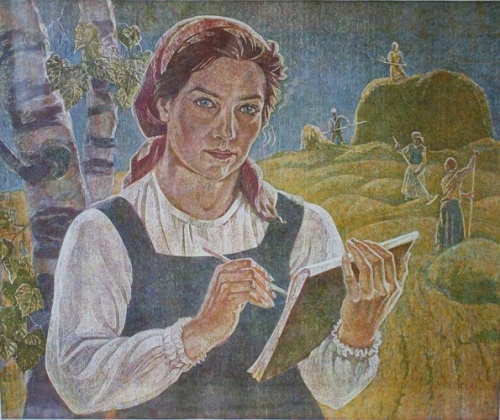 The busy time to (self-portrait). Coloured engraving on cardboard 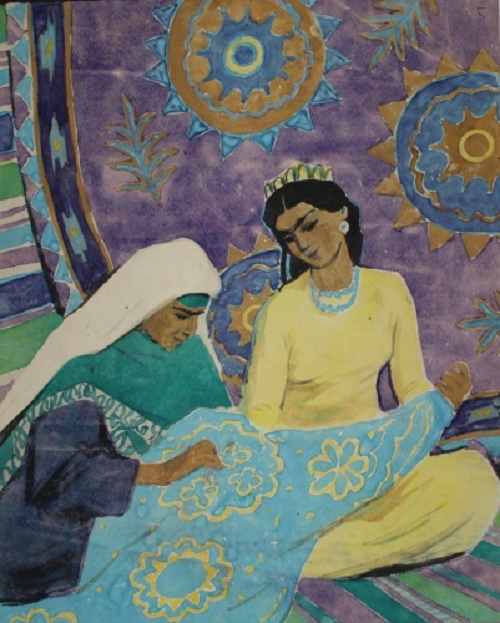 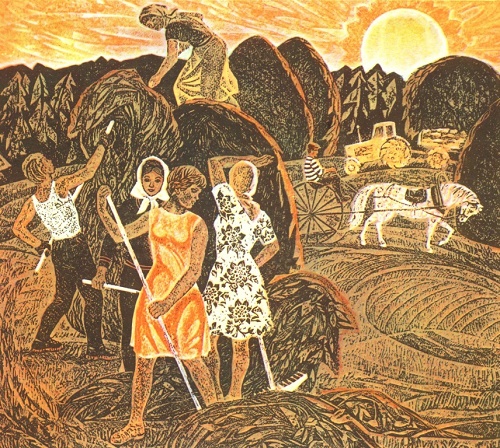 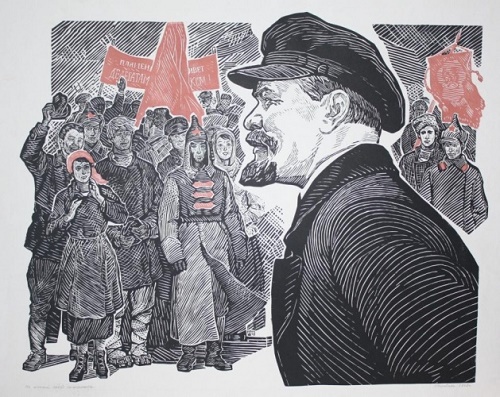 Lenin at the Third Komsomol, 1968 Congress 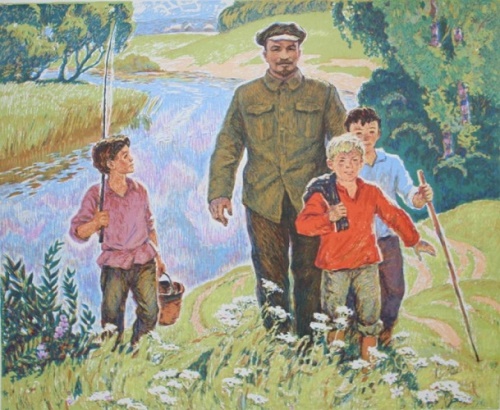 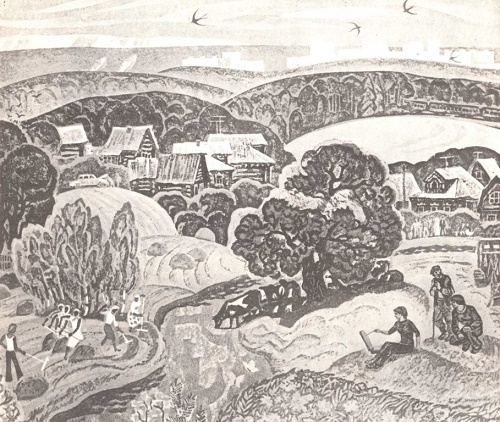 My native land. Engraving on cardboard. 1975 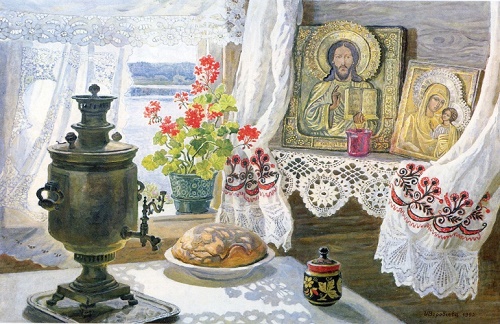 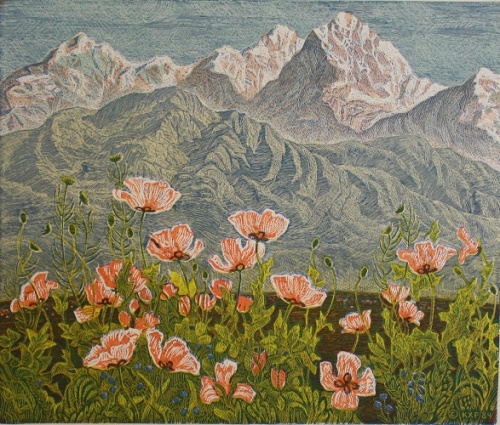 Spring in the mountains (near Alma-Ata). 1987. Coloured engraving on cardboard 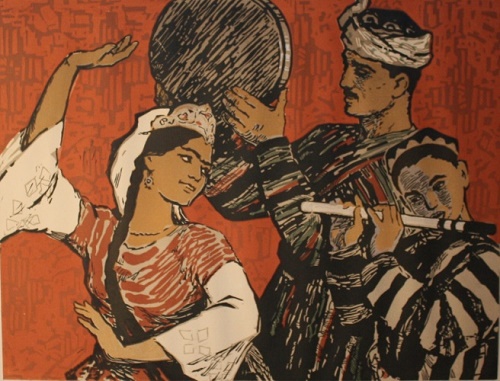 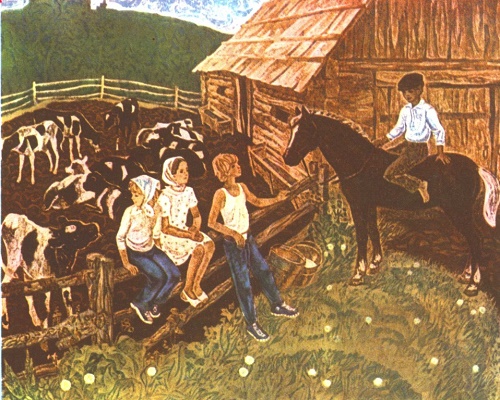 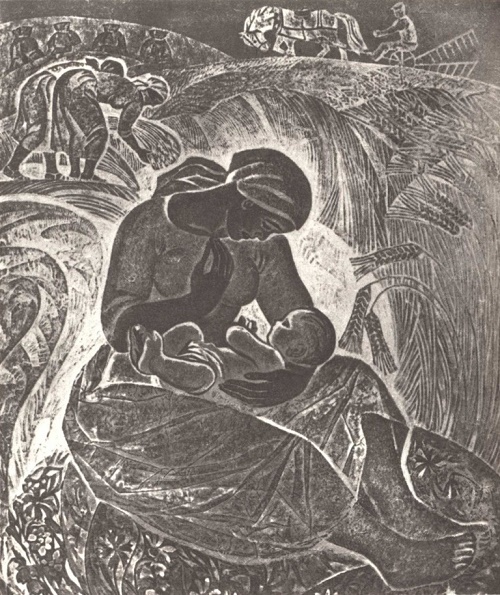 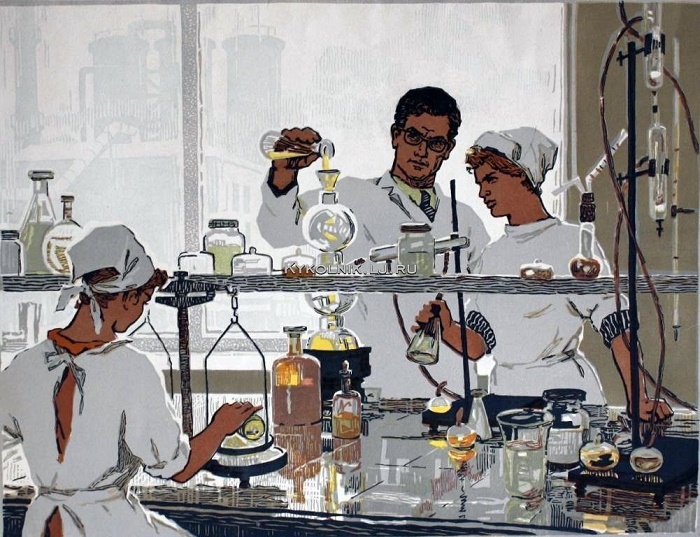 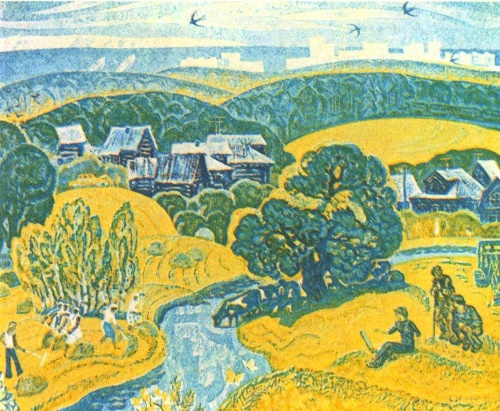 My native land. Engraving on cardboard. 1976 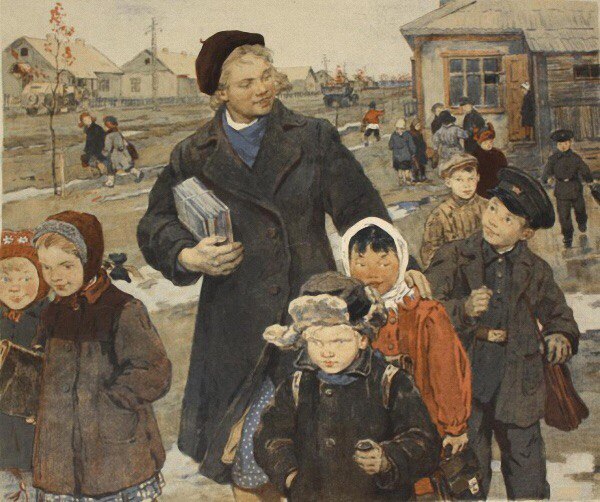 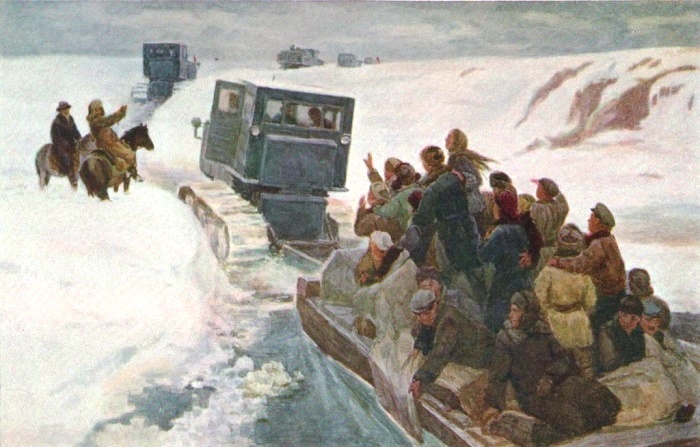