Soviet artist Viktor Koretsky (1909-1998) is known primarily as a master of the political poster. He was the member of the Union of Artists, Honored Artist of the RSFSR (1964). During his life he made about seven hundred drawings on various topics, especially – political. Viktor Koretsky began his education in Moscow – professional art school (1922-1929). In the late 20’s – early 30-ies he created a gallery of portraits of artists and actors. Since 1931 and almost to the demise of the Soviet Union, he was constantly working on political posters. Under the influence of creativity of John Heartfield and Gustav Klutsis developed its own technique of photo mosaics as a form of poster. Collaborated with publishers “OGIZ”, “IZOGIZ”, “Art”. In 1930 he worked as a decorator for a number of plays of the realistic theater of Nikolai Okhlopkov and theater-studio of Yuri Zavadsky. Almost fifty years he was a member of the editorial board of the publishing house “Reklam-film” (1939-1987). 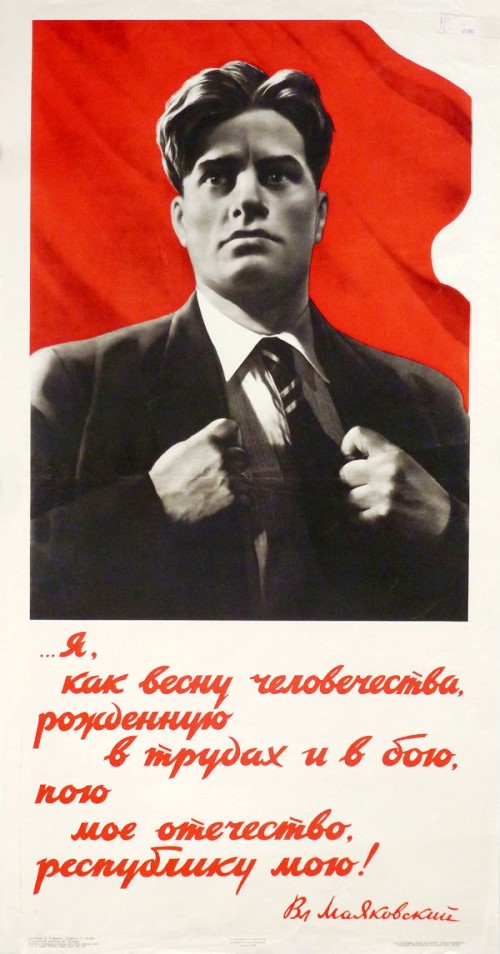 During World War II Viktor Koretsky has created over forty posters and leaflets. In his posters in vivid and memorable images he expressed the feelings and aspirations of the Soviet people, and evidence of this was the poster “Our forces are innumerable” (1941). Posters of that time distinguished journalistic passion and hatred for the fascist invaders. The emotional and psychological impact of the work of the artist Koretsky on soldiers of the Red Army was very high. According to some sources, his work was highly praised by Nazi ideologists and Viktor Koretsky entered the list of personal enemies of Fuhrer, along with Kukryniksy, Vladimir Galba and other artists. 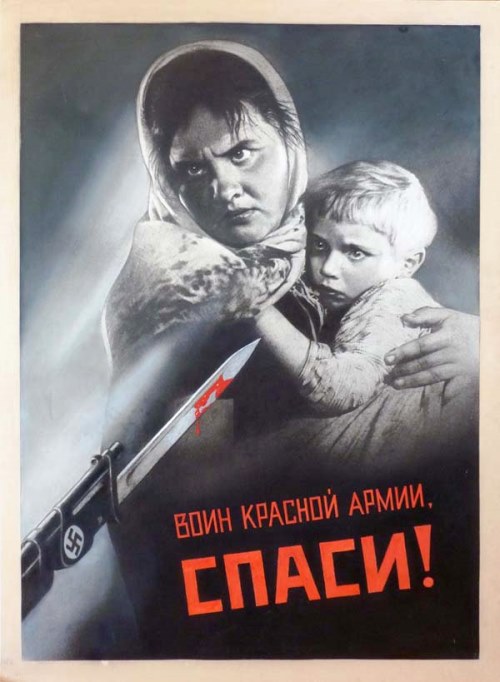 One of the most famous military posters can be considered – “Warrior of the Red Army, save!” (1942). This poster was exhibited in the enlarged view in city streets and roads of the front, the soldiers went to the forefront of the defense seeing this huge size poster. It was published in millions of copies, printed in newspapers and on postcards.

Victor Koretsky, together with Nikolay Dolgorukov and Alexei Kokorekin, patronized over one of the air regiments, operating in the Smolensk region. Artists went there as a front-line artists and decorations for albums, wall newspapers squadrons, made posters and drawings, portraits of pilots, radio operators, ordinary soldiers.

In 1946, Koretsky won the first prize in the contest dedicated to the 40th anniversary of the revolution. In 1946, 1949, he received the State Prize of the USSR (1946, 1949). He was awarded eight first-degree diplomas at the International Poster Exhibition in Vienna (1948).

After the war, Soviet poster artist Viktor Koretsky continued to work actively. He collaborated with various publishers and created hundreds of political posters, usually anti-American and anti-imperialist, dedicated to the war in Korea, against racism and aggressive military policy of NATO.

The posters of the artist are in the Russian State Library, the Central Museum of the Armed Forces of Russia, the Moscow mayor’s office, the State Public Library in St. Petersburg, Rybinsk State Historical-Architectural Museum-Reserve, the Dresden Art Gallery, many private collections and galleries in Russia, Germany, Paris, London, USA and others. 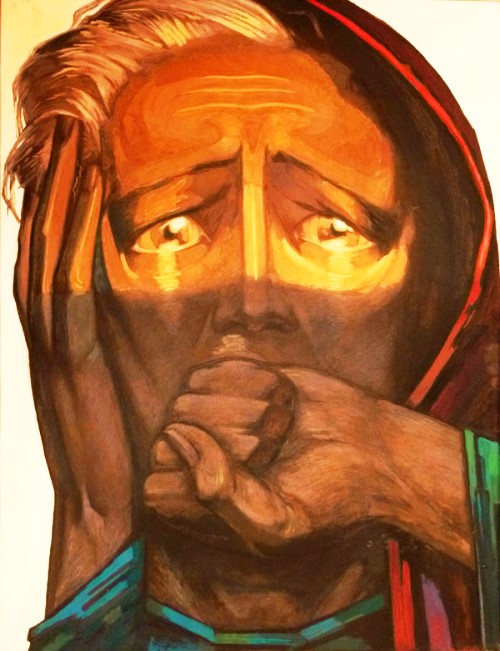 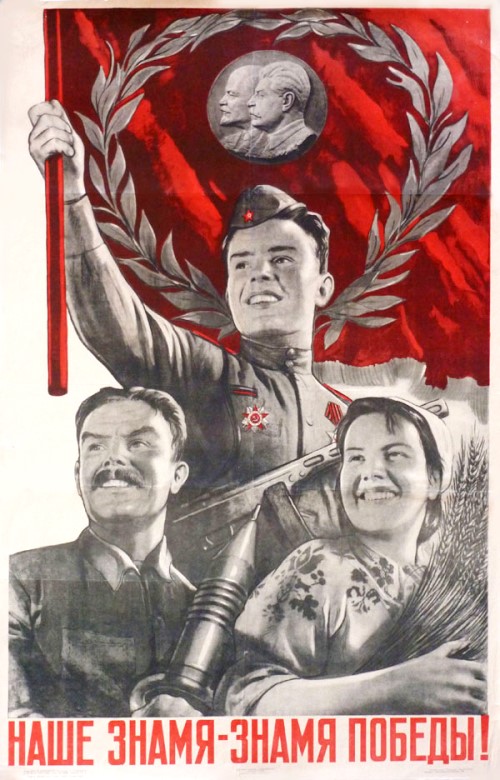 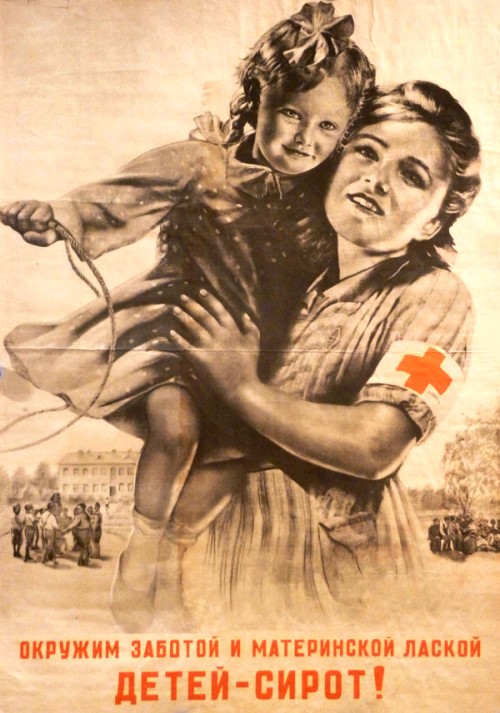 Give maternal care and affection to orphans, 1947 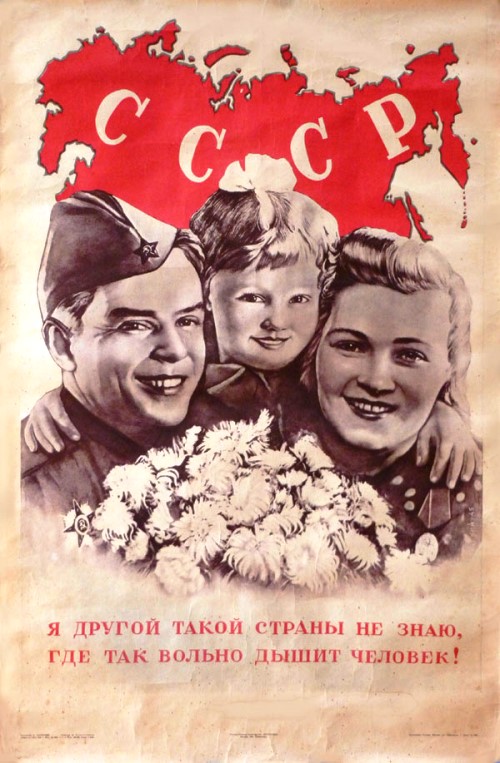 I know of no other such country Where a man can breathe so freely, 1945 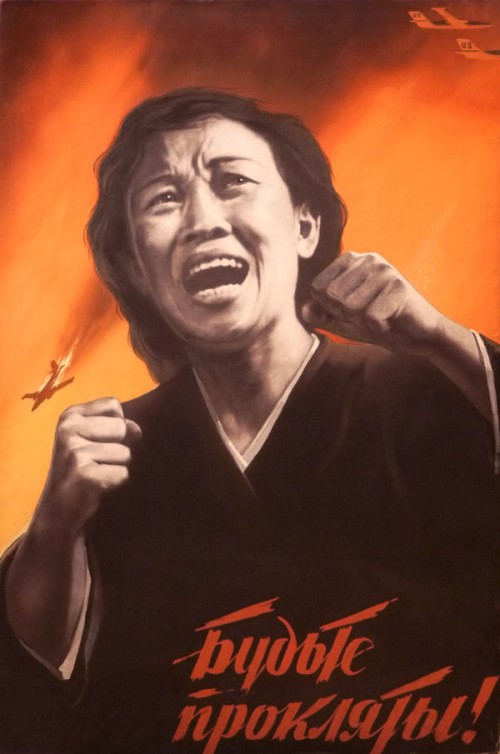 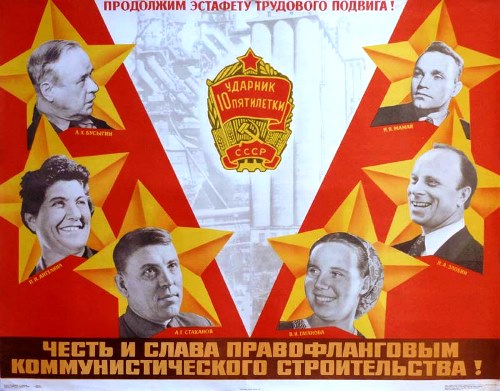 Honor and glory to heroes of labor 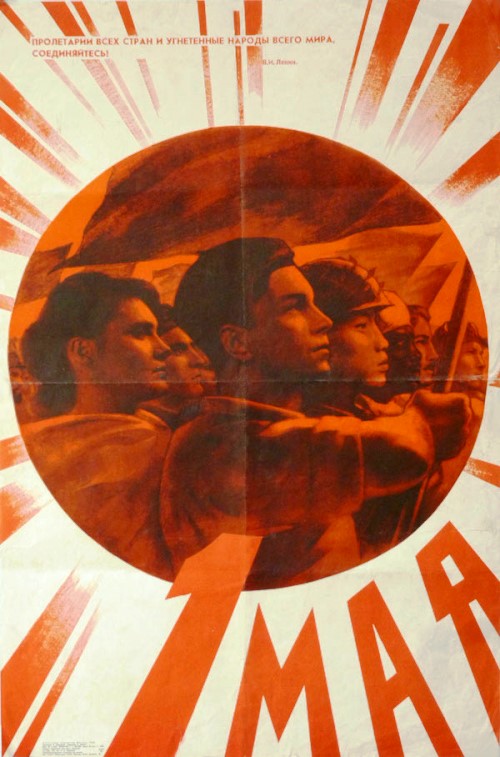 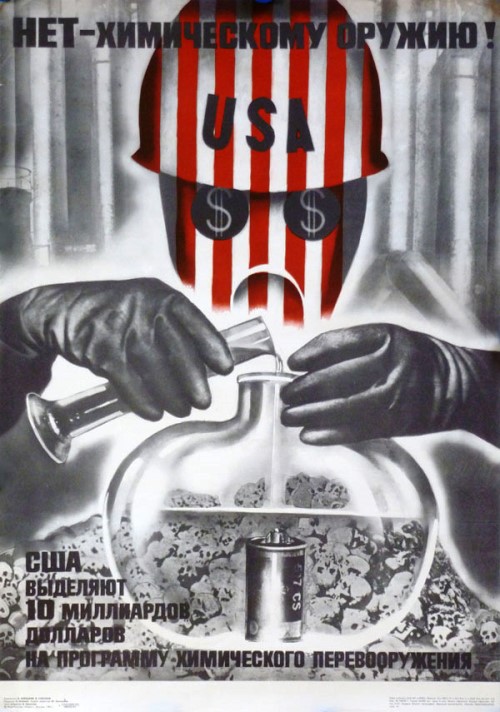 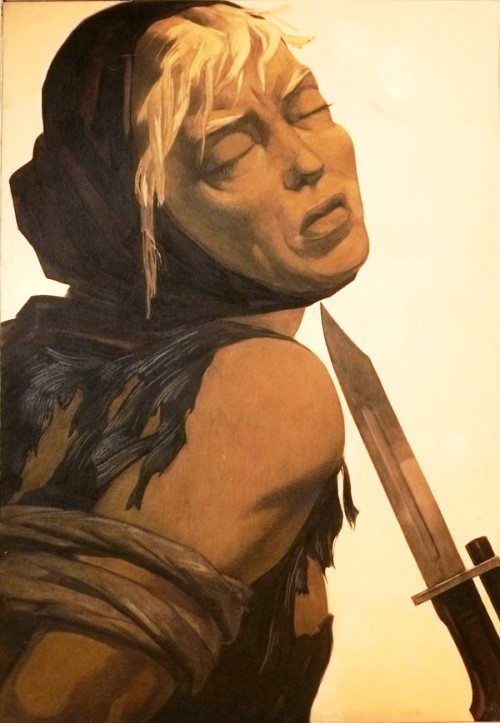 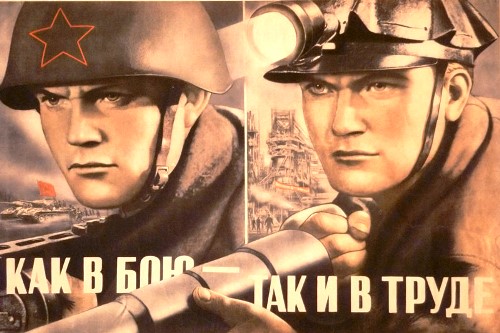 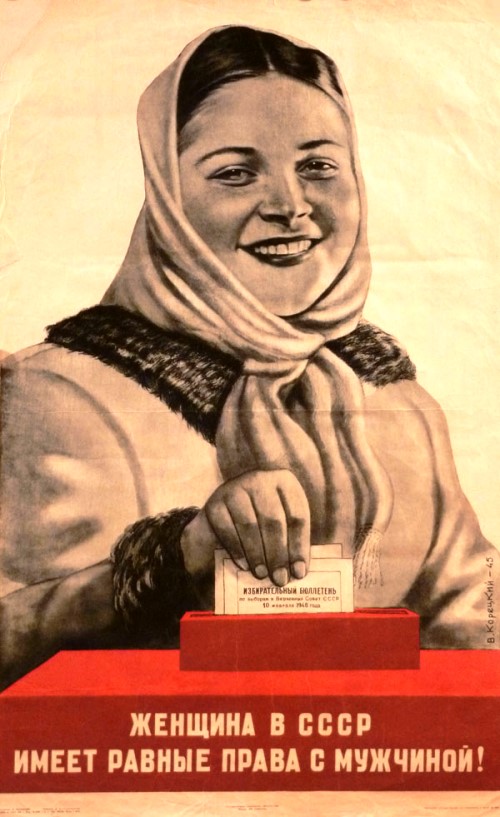 The woman in the USSR has equal rights with men, 1945 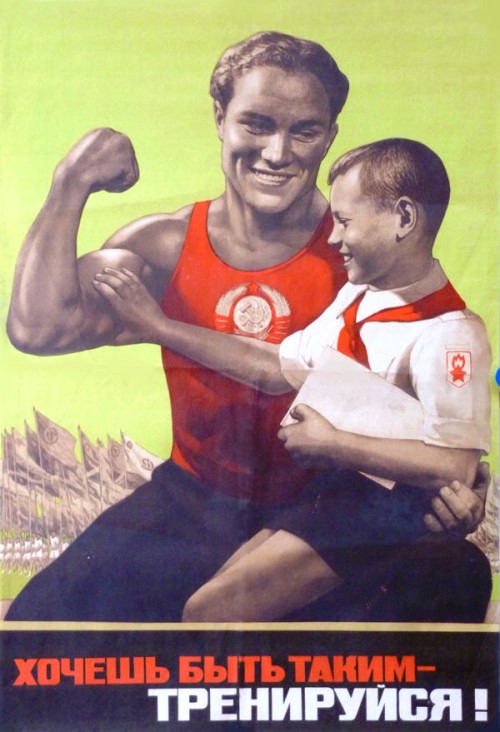 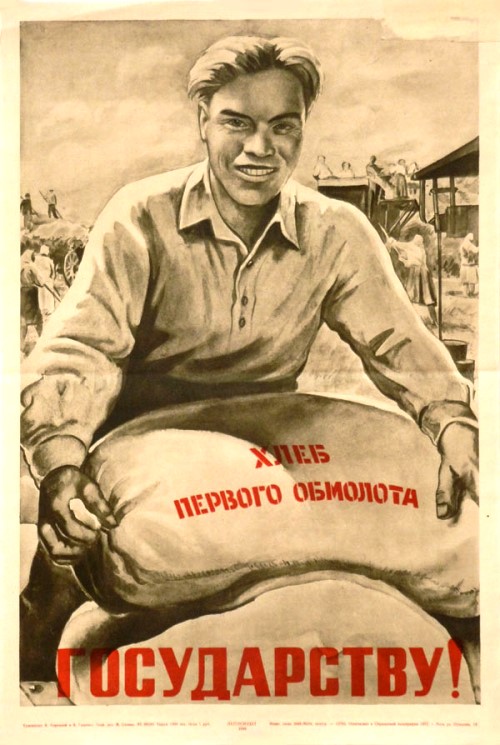 Bread of first threshing to the State, 1949 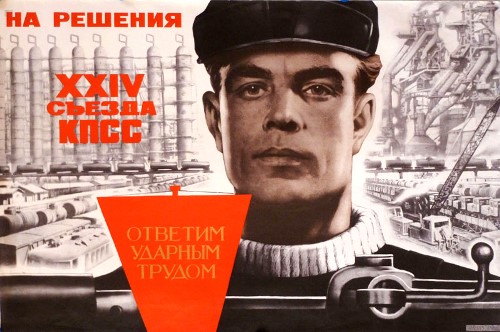 Effective labor is our reply to the Decisions 24 Congress of the CPSU, 1971 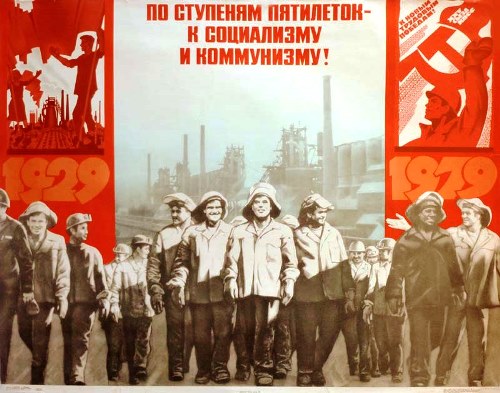 Glory to the Great Soviet people – builder of communism 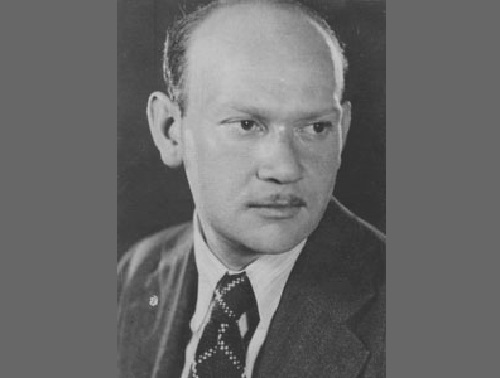 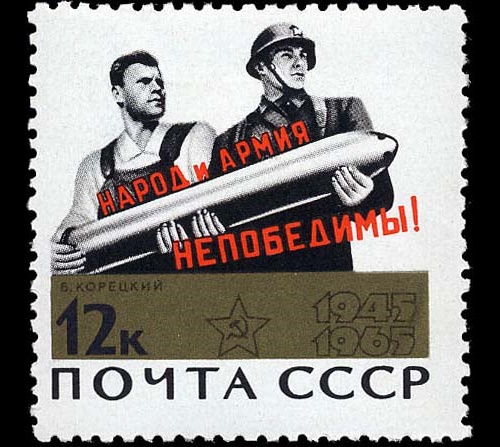 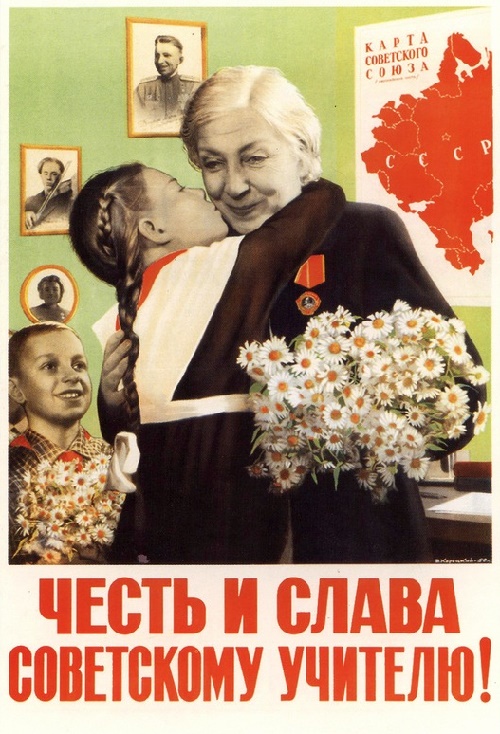 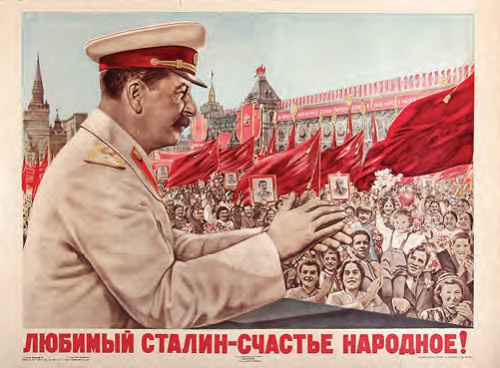 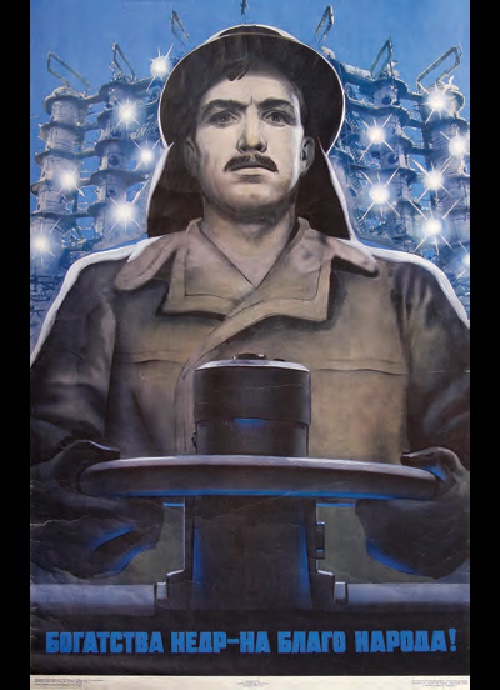 The riches of the subsoil – for the benefit of the people. Soviet poster artist Viktor Koretsky 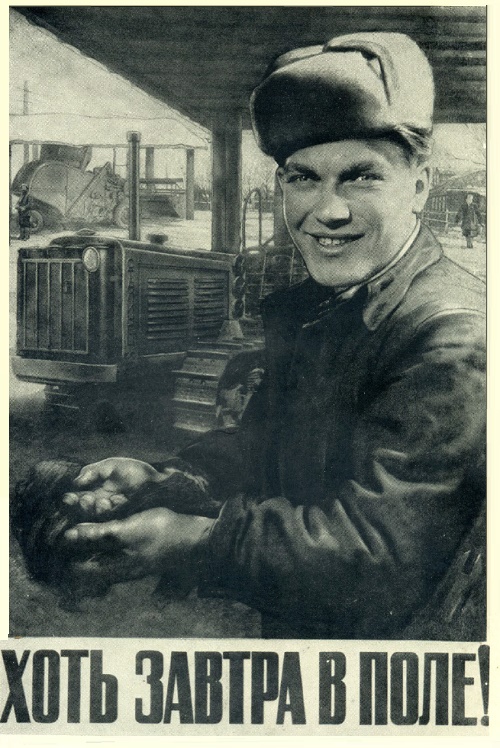 Ready to work in the field tomorrow. 1948. Poster