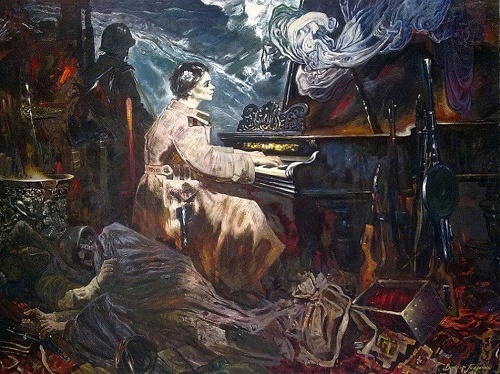 Soviet artist Viktor Ivanovich Tolochko (1922-2006) – Honored Artist of Ukraine, Honorary Academician of Crimean Academy of Sciences, winner of the Prize of Crimea. People’s Artist of Ukraine (1985). Without exaggeration, V. Tolochko is one of the pillars of the Soviet art of XX century and, in particular, Crimean art. Crimea was the main inspiration for his paintings, whether it is a seascape with ragged sea, seagulls cutting the sky, and the coastal cliffs, or a still life with unearthly flame of Crimean flowers. Viktor Tolochko – virtuoso landscape painter, master of thematic paintings and still life. He participated in numerous exhibitions, including 30 solo in Moscow, Kiev, Simferopol (repeatedly), Dnepropetrovsk, Donetsk, Istanbul (Turkey) and others.
Viktor Ivanovich died in 2006 in Yalta, Crimea. His works are in many museums including the Ukrainian National Art Museum, as well as in private collections. 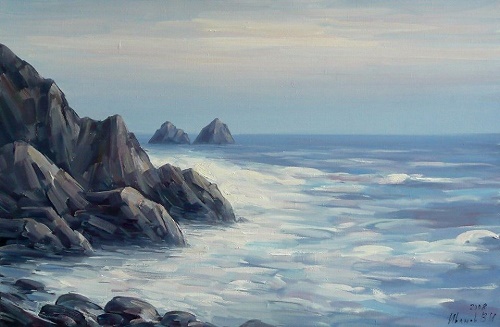 Tolochko was born October 22, 1922 in the city of Melitopol, Ukrainian SSR. Member of the Great Patriotic War, awarded the Order of the Red Star, the Glory of III degree, World War of I level and medals. In 1946-1950 he studied at the Kharkov Art College. In 1957 he graduated from the Kharkov Art Institute, where his teachers were S. Besedin, A. Kokel, and A. Lyubimsky. In 1960, Viktor Tolochko became a member of the Union of Artists of Ukrainian Soviet Socialist Republic and the director of the Alupka Art Museum in Crimea. In 1963 he returned to creative work and built a house-studio in Yalta, Crimea. In 1970 he moved to Donetsk, and in 1973 became chairman of the Donetsk branch of the Union of artists, but soon returned to the Crimea. 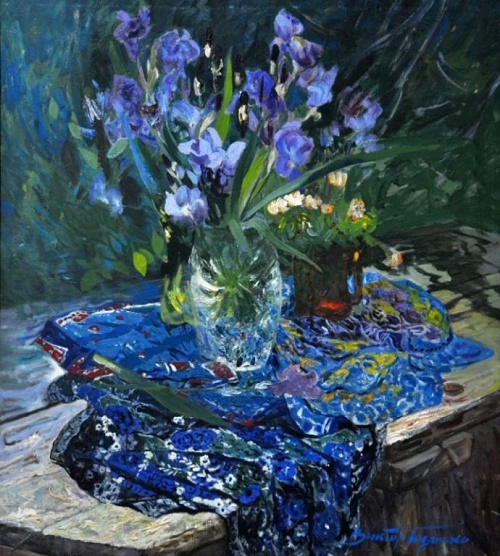 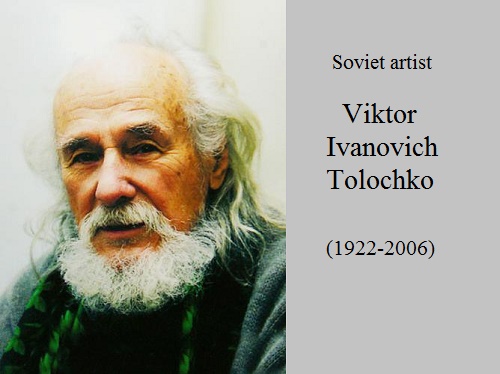 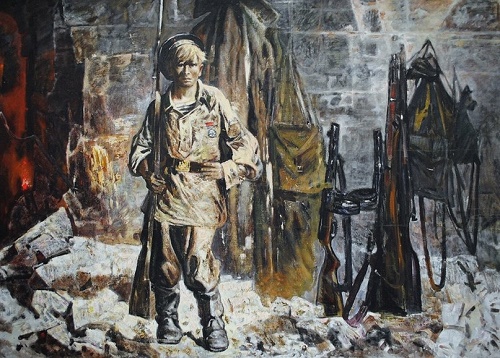 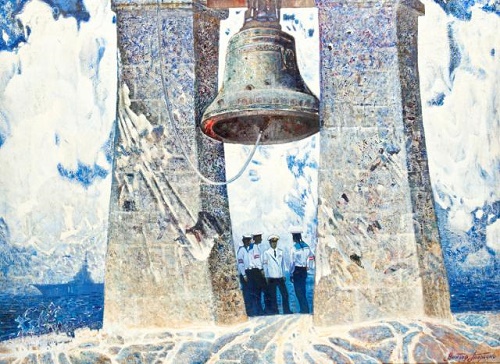 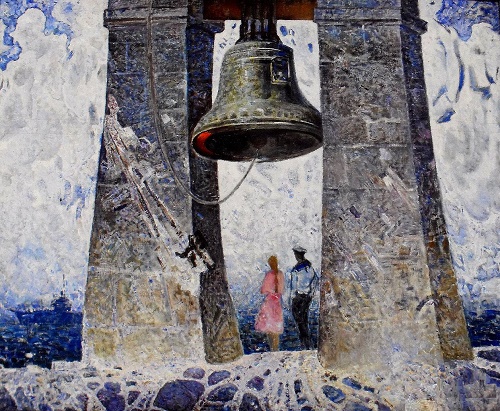 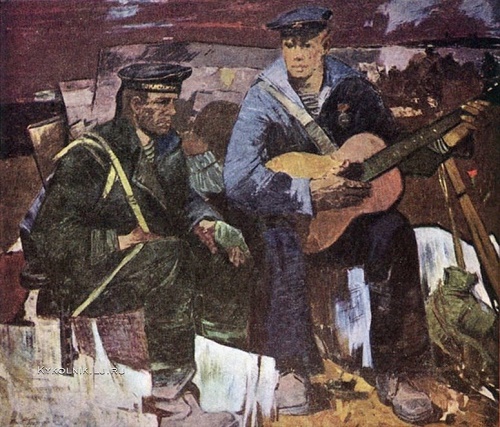 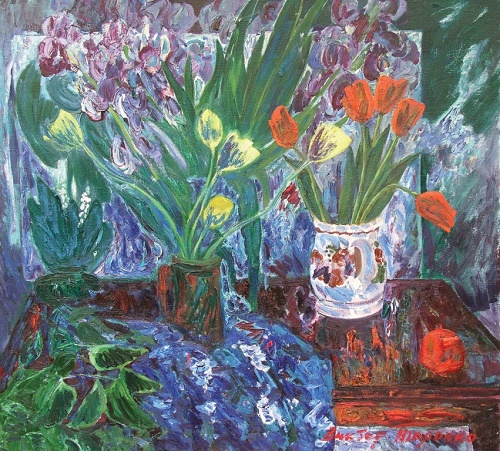 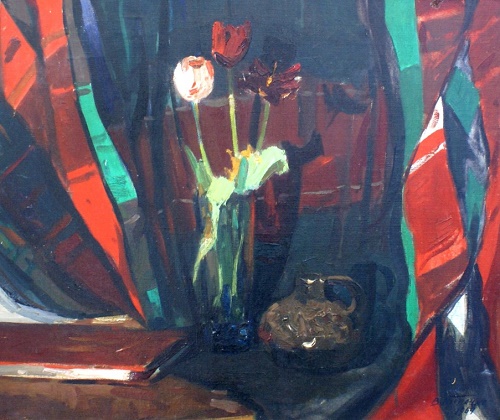 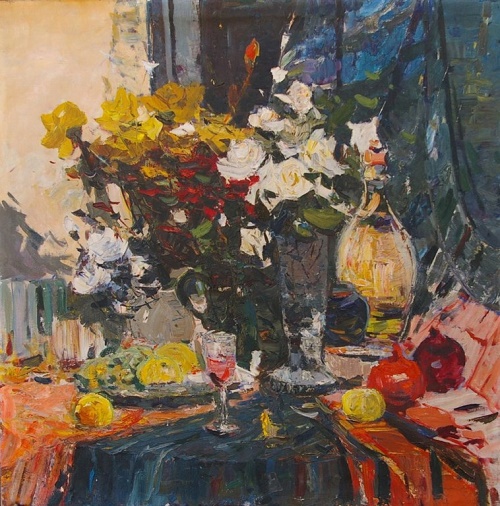 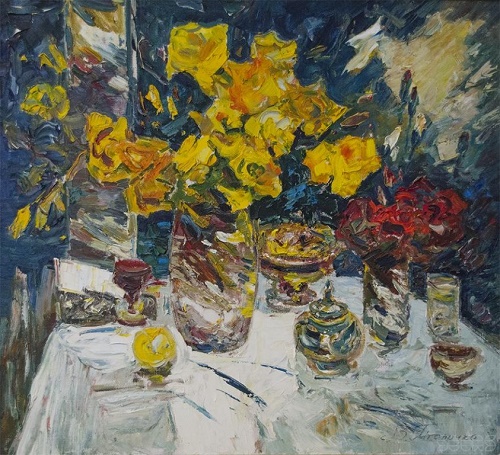 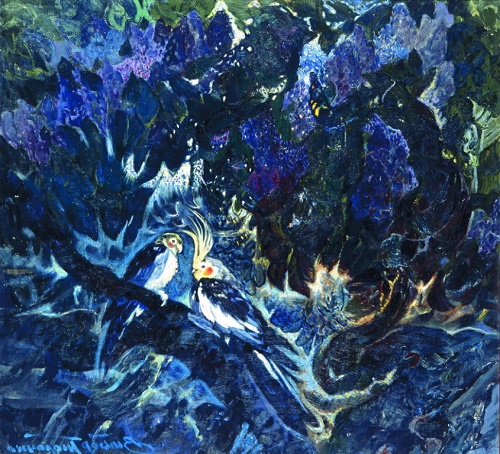 Two parrots in the garden