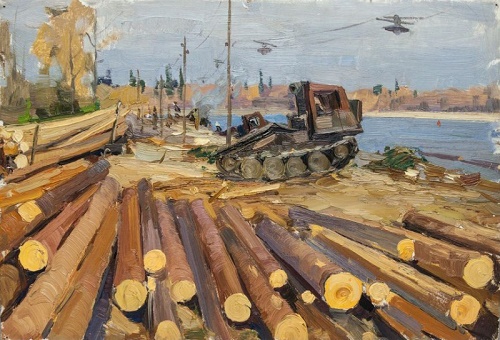 Soviet artist Vladimir Grigorievich Grokhovsky (1 September 1925 – 31 July 1971) – one of the brightest representatives of Soviet art, Soviet realism, member of the USSR Union of Artists (1964). Vladimir Grokhovsky was born in the Siberian village of Kolpashevo and grew up in a remote Siberian village Small Podyelniki in the north of the Tomsk region. Taiga for Grokhovsky became home. He, barefoot, walked through nearby trails up and down. Surrounded from childhood by endless expanses of forest, he absorbs all the mystery and poetry of his native land. It is in this environment was born the desire to become an artist. Vladimir started early, and initial support received from his mother Zinaida Konstantinovna Blaginina, Honored teacher of RSFSR. 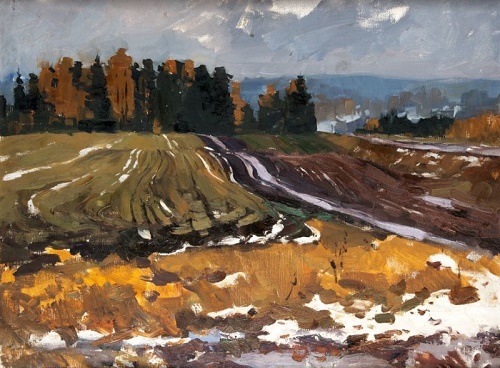 After tenth grade, in 1942 Vladimir Grokhovsky goes to the front of World War II. Most of his service passed in intelligence regiment, where he was appointed editor of the newspaper. In the letters from the front to the mother, he often writes about his dream to become an artist: “Thank you for the money, received … and bought paints, it’s my life. For me now paints is like bread. Art is now inseparable from me … Miss the Siberian taiga. Such beautiful nature, as we have, I have not seen anywhere else. There, in the wildness of unspoiled native Siberia I realized my dream of becoming an artist!”. Vladimir Grokhovsky returned from the war with two medals “For Courage” and “For Victory over Germany”. 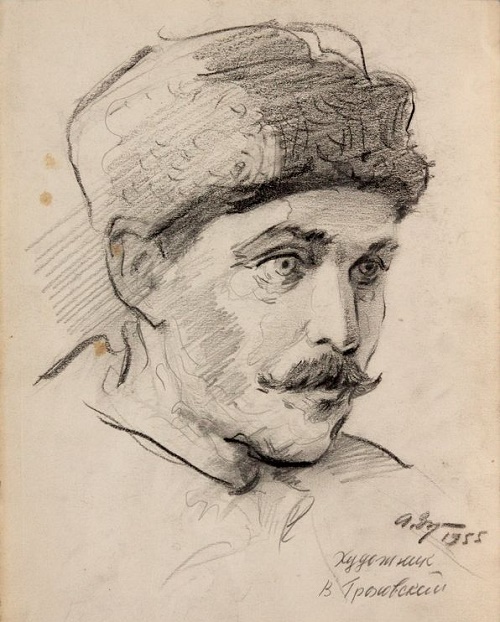 Grokhovsky was able to start vocational training in painting in 1949 at the Kazan Art School, in the studio of SA Rotnitsky and VK Timofeev. In 1953 he graduated and was assigned to the Tomsk branch of the Art Fund of the RSFSR. The artist is actively involved in the creative life, he participates in all the regional, zonal, national exhibitions and “Graphics of Siberia” exhibition in Moscow. 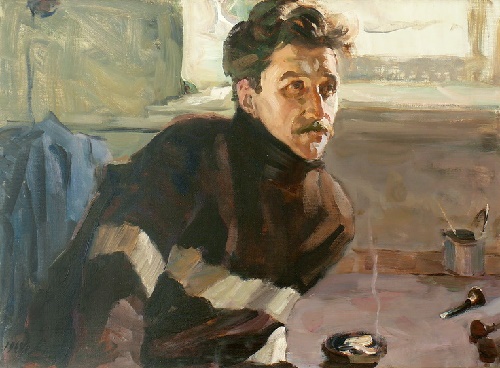 Since 1955, he makes an annual trip along the Ob. In 1962 took place the only during the life of the artist solo exhibition (with GM Lamanov). In 1964 Grokhovsky became the member of the USSR Union of Artists and became chairman of the Tomsk branch of the Union of Artists. For many years the artist has been actively cooperating with Tomsk book publishers. He illustrates children’s books, stories of Tomsk writers, sketches on the history of the city of Tomsk. 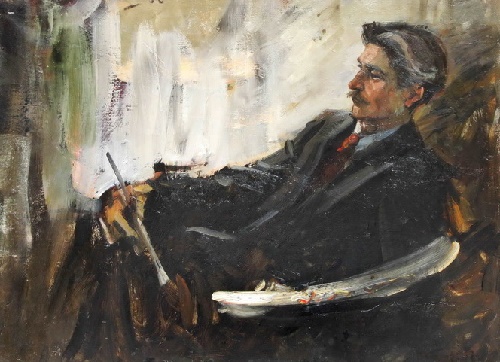 The artist was tragically killed on 31 July 1971. He was almost forty. The Tomsk Regional Art Museum houses more than seventy paintings and more than three hundred works of graphic art. The main theme in the works of Vladimir Grokhovsky was the theme of Siberia. The artist was able to capture the severe beauty of the Siberian region. He drew the forest, river, rural landscapes and portraits of people working in the forest – geologists, loggers, oil, gas workers, hunters and fishermen. Powerful drilling rigs, narrow-gauge, all-terrain vehicles, helicopters – all included in the Siberian landscape. From the first well, the first tent he was among the pioneers of the taiga, sharing the difficulties of camp life with them. 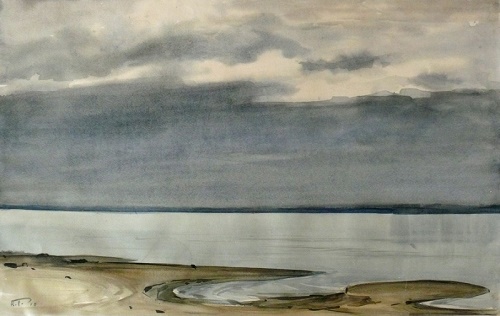 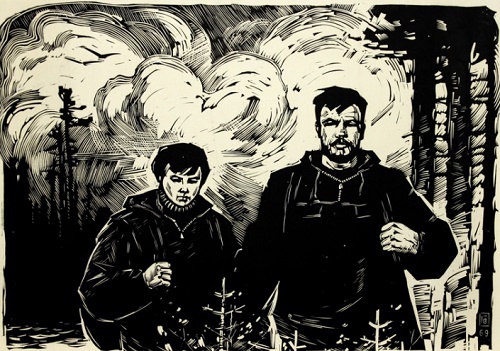 At the beginning of the path. Prospectors. 1969. Linocut 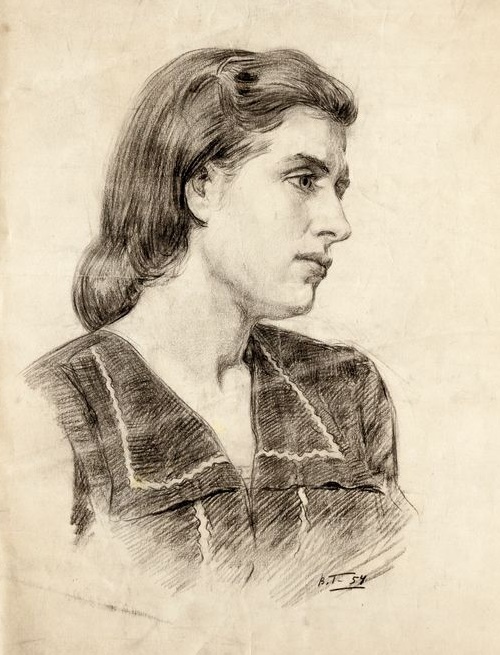 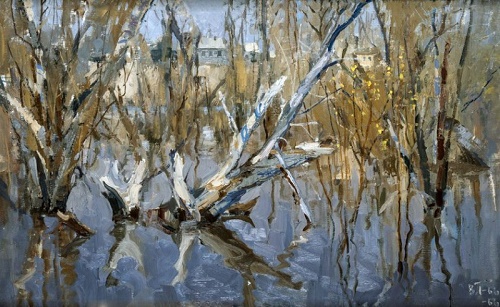 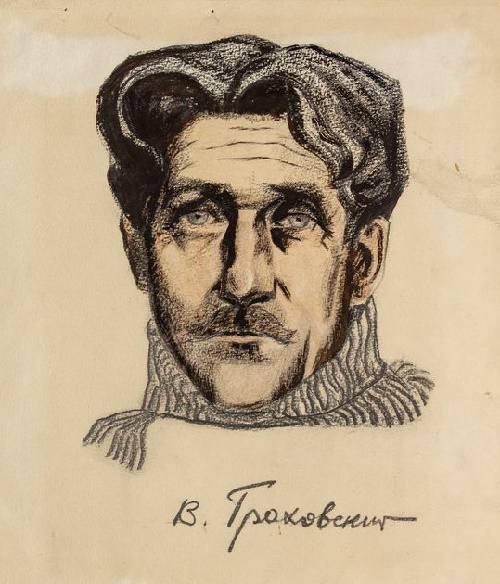 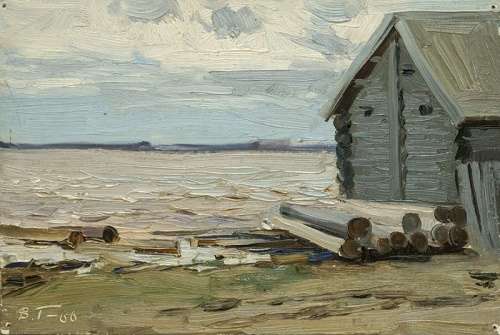 Landscape with a River. 1966. Oil on cardboard 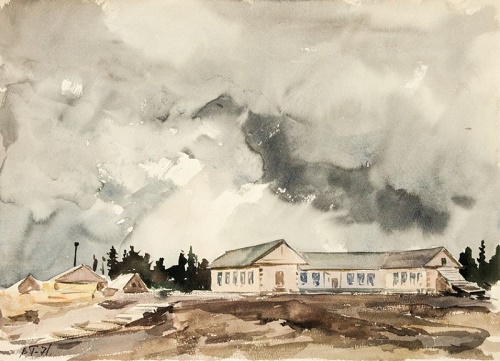 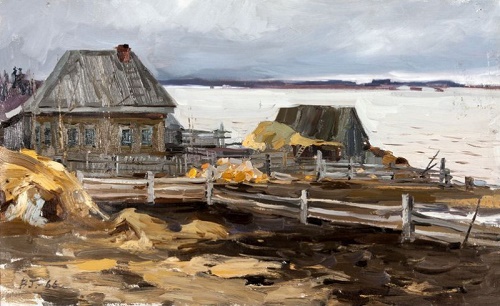 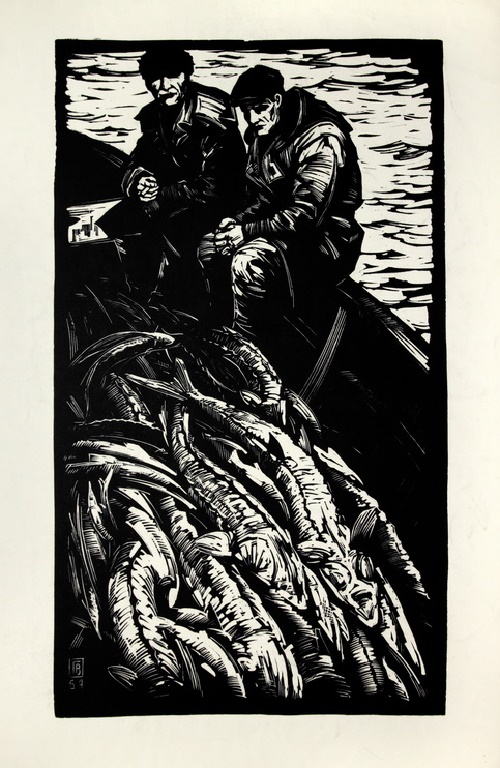 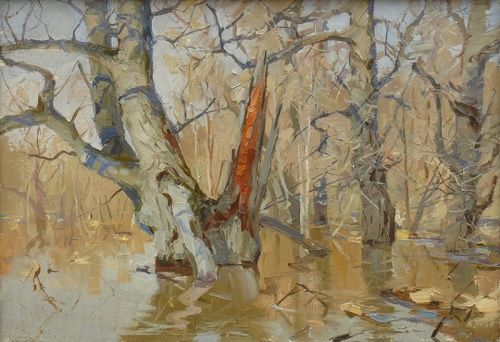 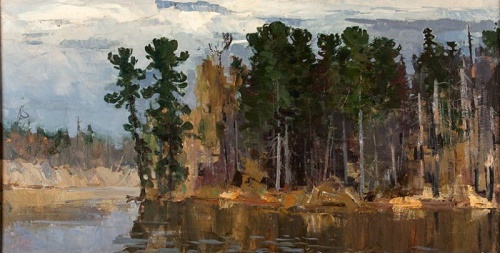 Study for the painting Tym. 1962. Oil on canvas 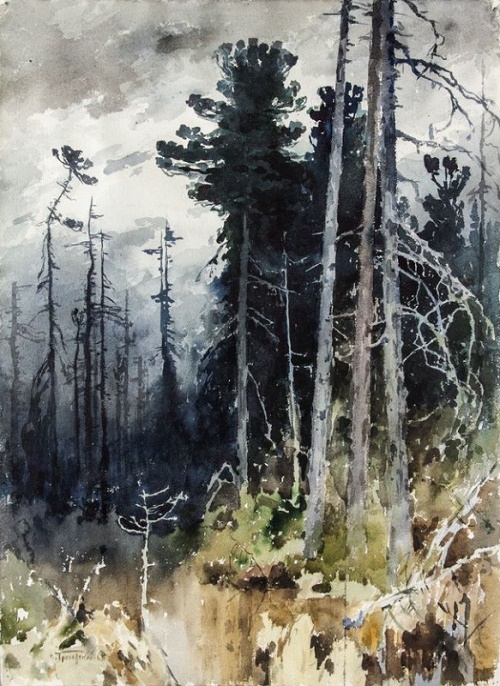 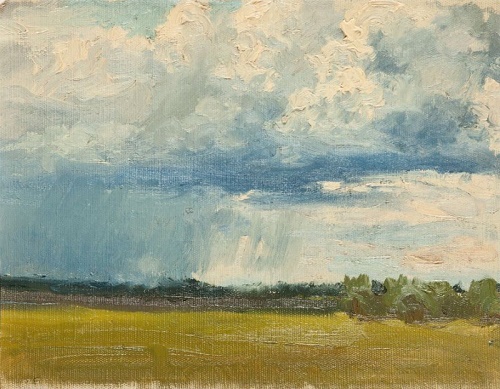 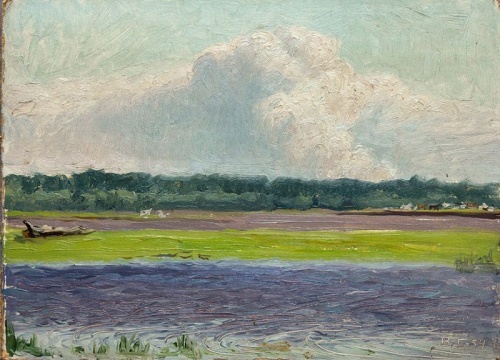 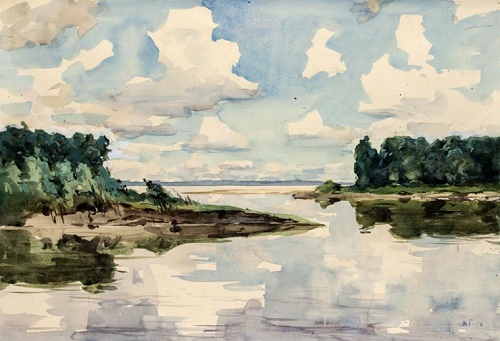 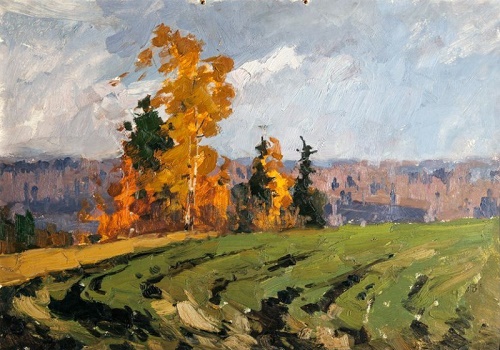 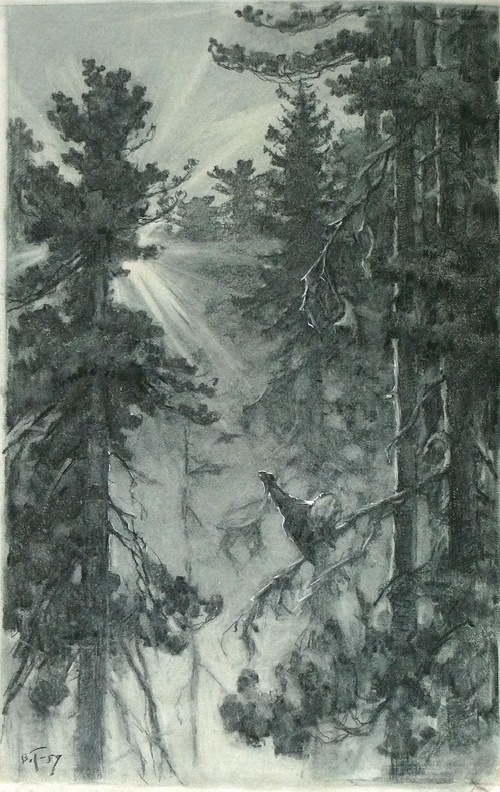