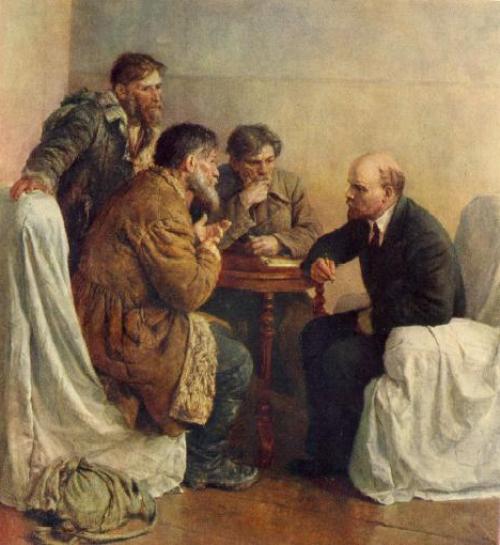 Soviet artist Vladimir Alexandrovich Serov was an apologist for the art of socialist realism. Among his titles and honors – member of the USSR Union of Artists, member of the Academy of Fine Arts (since 1954), People’s Artist of the USSR (1958), and Corresponding member of the Academy of Arts of the GDR. Besides, he was twice winner of the Stalin Prize (1948 and 1951). In addition, he was the first Secretary of the Board of the Union of Artists of the RSFSR (1960-1968) and President of the Academy of Arts of the USSR (1962-1968). And also the member of the Supreme Soviet of the RSFSR (since 1958).
Born in the village of Emmaus, Tver province, he lived in the years of total devastation that occurred after the Civil War. However, he was able to develop his artistic abilities since childhood. In the town of Tver he visited the studio of the artist Savyly Yakovlevich Shleifer, who had fled from the famine of Petrograd. Later, in 1924, the future artist moved to Petrograd and three years later became a student of the Academy of Fine Arts (Leningrad Institute of Proletarian Fine Arts, 1927-1931). He studied in the workshops of prominent representatives of Soviet art V.E. Savinsky and I. I. Brodsky. 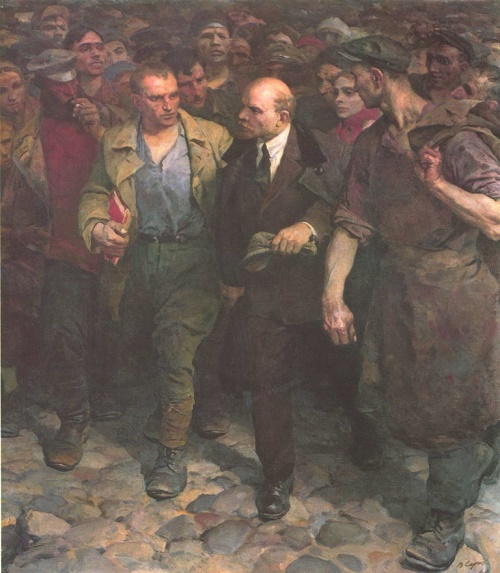 Serov became the participant of exhibitions in 1932, in particular, the exhibition “20 Years of the Red Army”. In the 1930s he carried out a number of political posters. These were agitational works, and perhaps, the most free in the sense of form-building of the artist. “All forces to struggle for a high harvest!” (1930s), “Master technology, be in the forefront of the builders of socialism” (1934). Subsequently, Serov worked in the rigid framework of socialist realism, not allowing even the slightest deviation from his canons.

From the very beginning of the creative path, VA Serov chose the historical and revolutionary picture for his creative work. Besides, followed this rule throughout his life, and created a significant number of such works. Among them – “Yudenich”, “Siberian Partisans” (both 1934), “Arrival of VI Lenin in Petrograd in 1917” (1937), and “Headquarters of Chapaev” (1938).

Noteworthy, during the Great Patriotic War Vladimir Serov headed the Leningrad Union of Artists (1941-1948) and directed all his work to military and political agitation against the fascist invaders. Already on June 26, 1941 in the streets of Leningrad appeared his poster “We beat, beat and will beat!”. The author of expressive posters aimed at mobilizing soldiers and civilians, he contributed to the struggle for the liberation of the besieged Leningrad.

In the postwar years Serov created mostly works on the historical and revolutionary themes, as well as portraits, landscapes, and still lifes. Besides, he created a large number of works devoted to the historical events connected with Lenin (“Walkers to Lenin”, “In Smolny”, “Winter is taken”, “Lenin proclaims Soviet power” and others).

Evening in the village

We defended Leningrad, and we will restore it. 1944

Speech by VI Lenin at the Second All-Russian Congress of Soviets, 1955

Breakthrough of the Blockade. 1944

Faithful to the duty and honor defending their own land with fathers and brothers together, Leningrad women in fights

Long live the XXV anniversary of the Leninist-Stalinist Komsomol

Grave of Serov at the Novodevichye Cemetery in Moscow

The entrance of Alexander Nevsky to Pskov after the Battle of Ice. 1945. The State Russian Museum. St. Petersburg