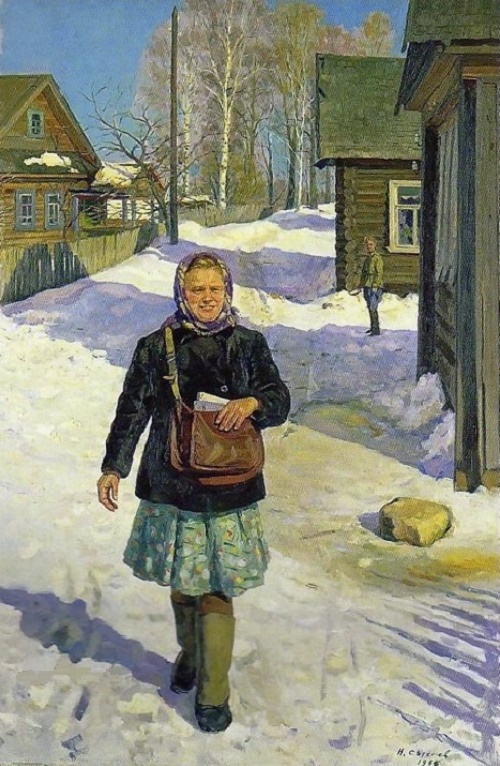 Soviet artist Nikolai Alexandrovich Sysoyev (1918, Lipetsk region – 2001, Moscow) – Socialist realism painter, member of the USSR Union of Artists (1949), Honored Artist of the RSFSR, People’s Artist of Russia.
Nikolai studied at the Moscow Pedagogical Art School of memory of 1905 (1934 – 1938). His teachers were outstanding representatives of Soviet art – artists PD Pokarzhevsky and V.V. Favorsky. In 1938, without examinations, Nikolai Sysoev entered the Moscow State Art Institute named after VI Surikov. His graduate work was a painting “Traitor” (1948), workshop of Pokarzhevsky. For an excellent study Nikolay Sysoev was awarded a creative trip to the “Academic Dacha” of Ilia Repin and admitted to the Union of Artists of the USSR. But All-Union fame came to the artist after his work “V.I. Lenin and N.K. Krupskaya among the peasants of the village Gorki in 1921”, as well as “VI Lenin at the communist subbotnik in the Kremlin, May 1, 1920”, and “Collectivization”. 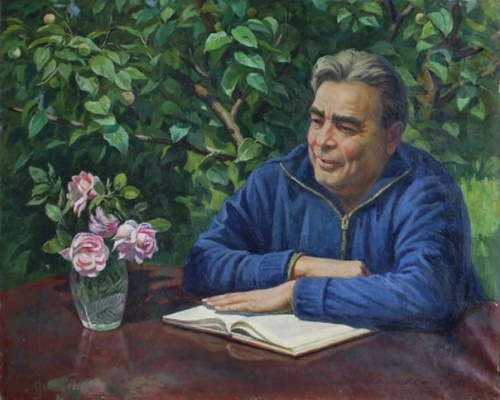 His works are in the State Tretyakov Gallery, the State Historical Museum, Art Gallery of Tver and Tula Regional Art Museum. 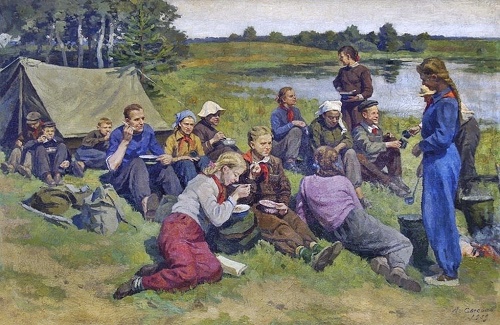 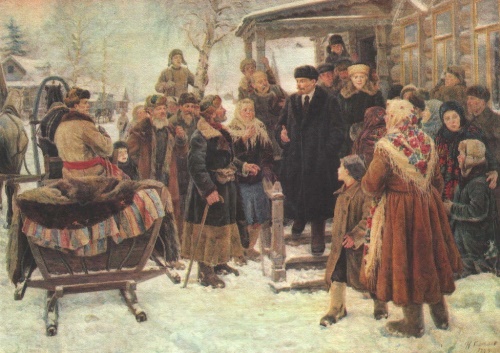 VI Lenin and NK Krupskaya among the peasants of the village Gorki in 1921. Oil. 1949 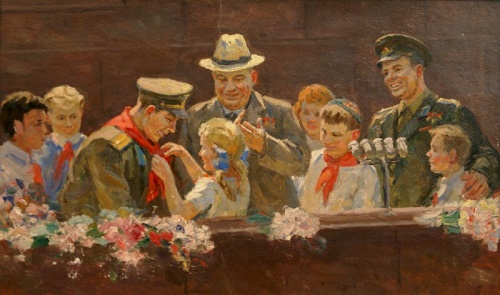 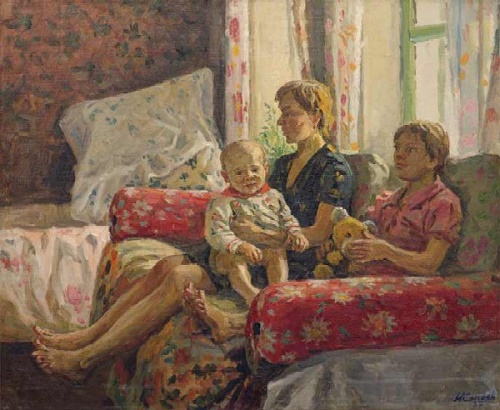 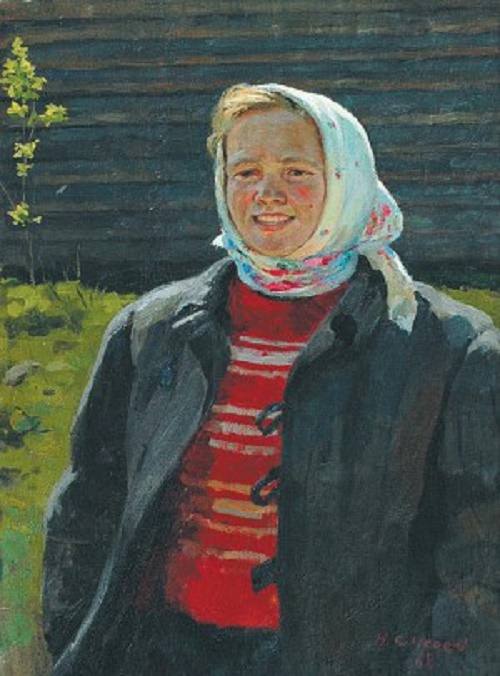 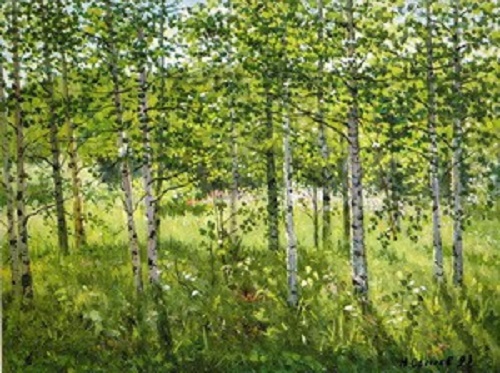 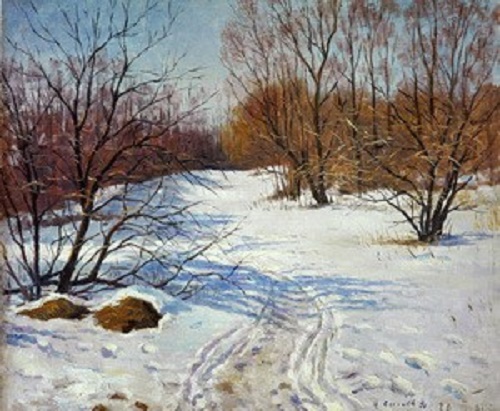 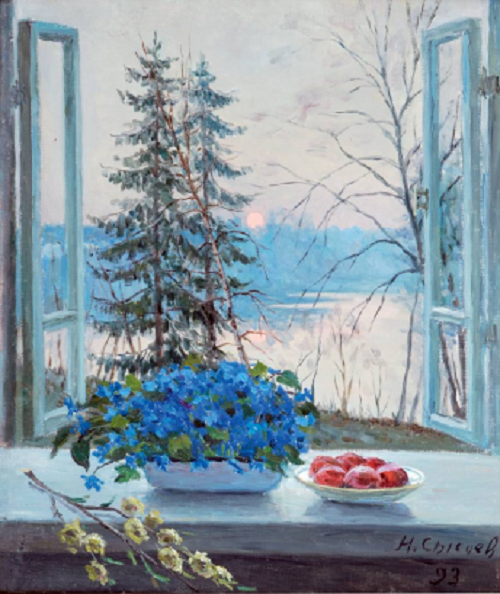 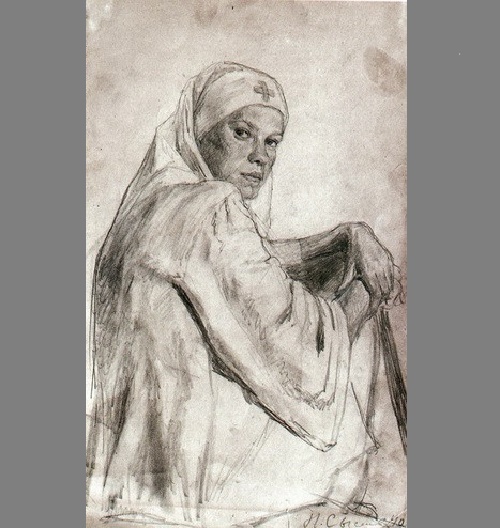 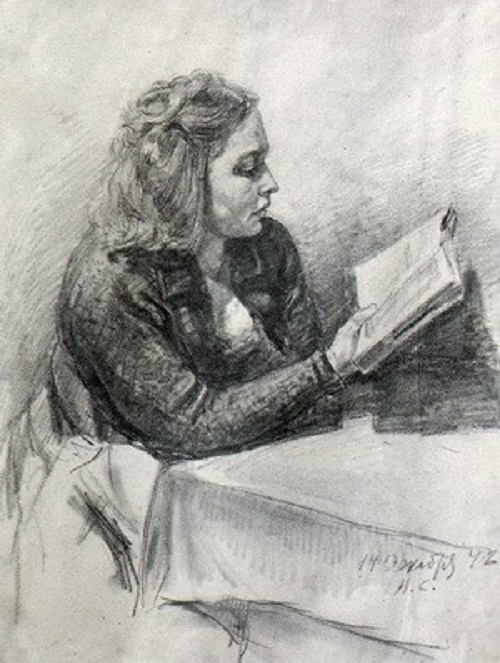 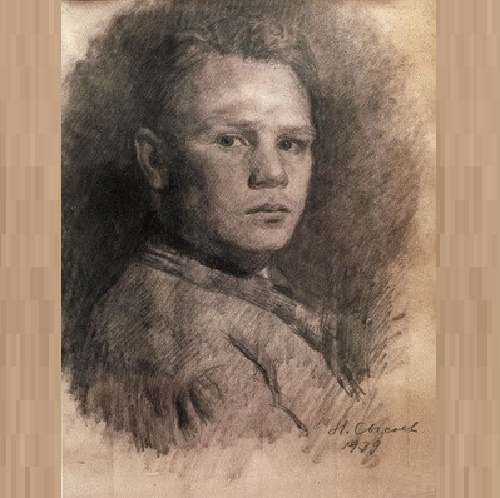 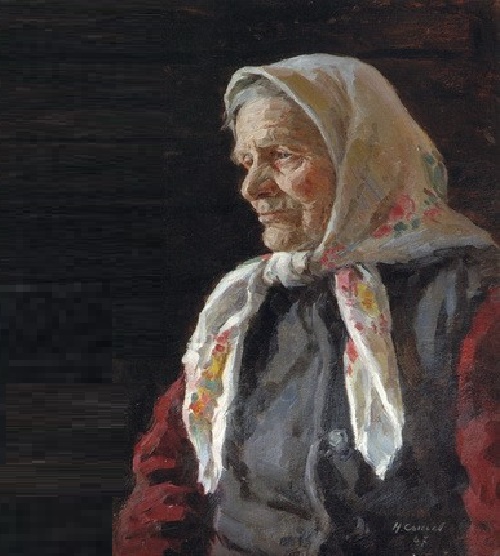 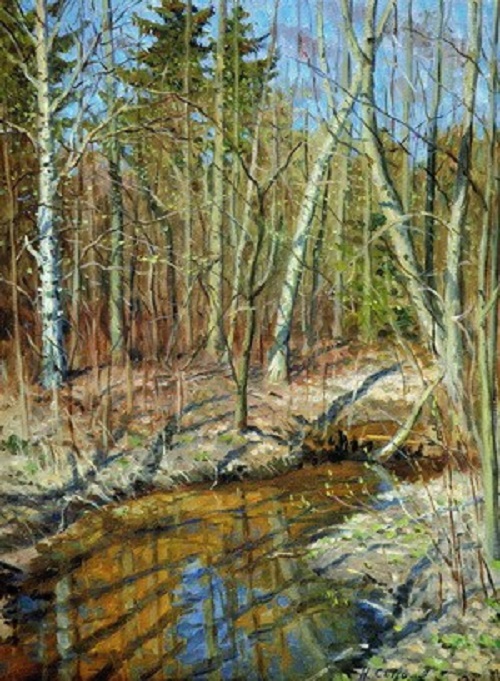 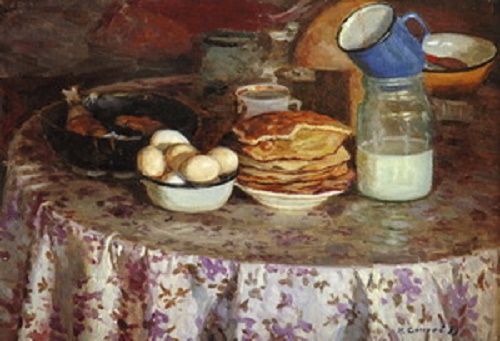 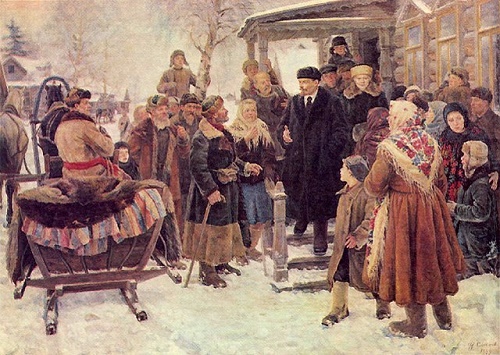 Lenin and Krupskaya among the peasants of the village Gorki in 1921. 1949. Moscow. The State Historical Museum 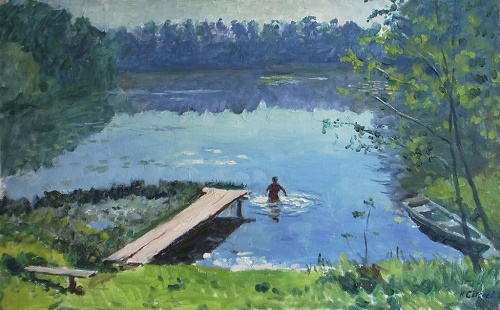 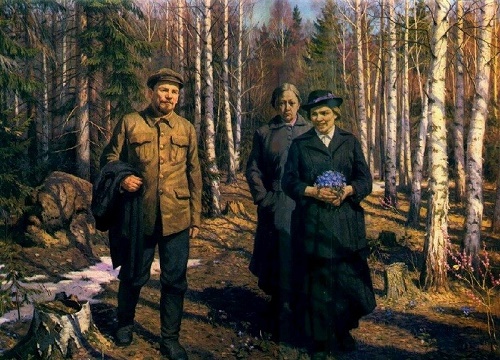 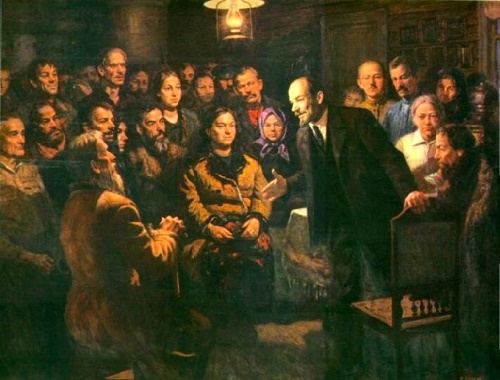 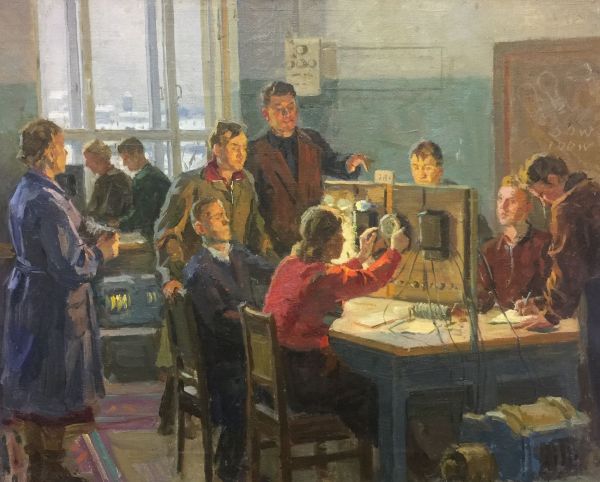 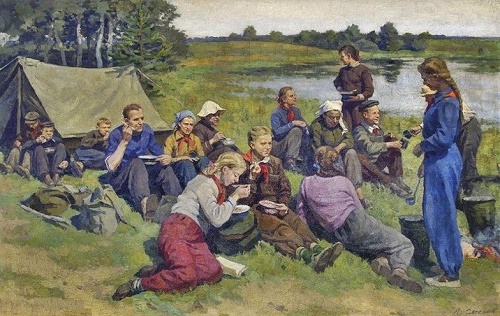 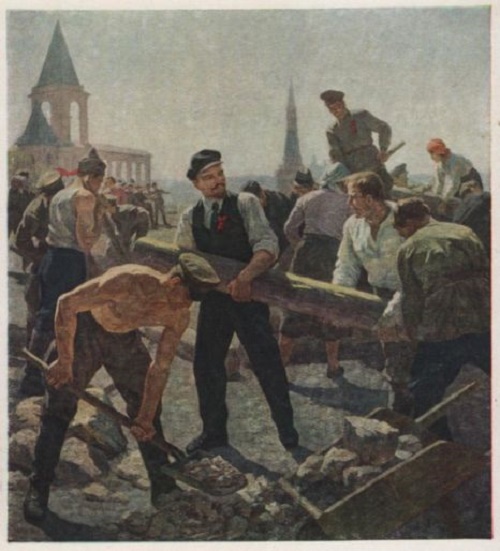 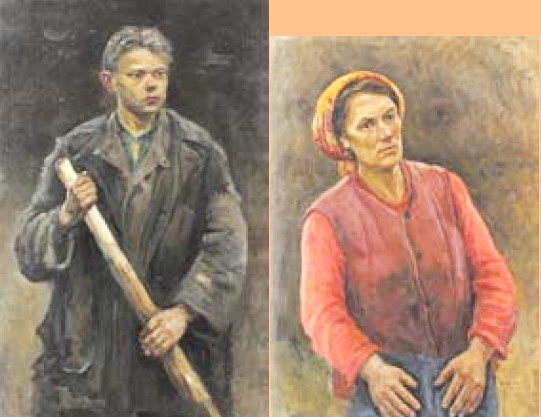