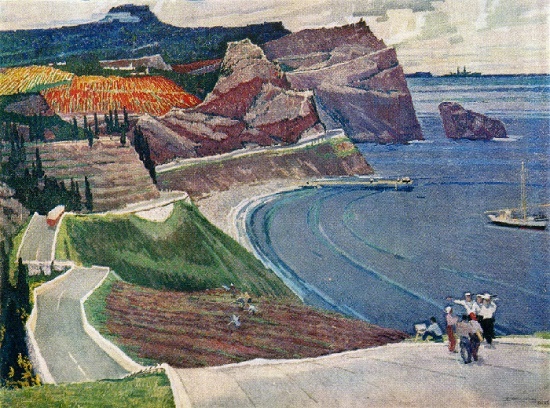 Soviet artist Vladimir Fyodorovich Shtranikh
The landscape artist, Shtranikh created many lyrical paintings, but most of all the skill of the artist was manifested in the major industrial landscape. One of the main motives for his painting is the life of the fleet. The artist paints steel hulks of ships, floating docks, locks, and berths. He is keenly aware of the intense pulse of sea life, and can effectively convey the marine elements.
Like other canvases by the artist, “Autumn in the South Borders of the country” (1963-1967) shows the movement,
spewing energy, created by intense colorful sounds, elastic, tight brushstroke, and rhythmic distribution of color planes.
Born in 1988, Vladimir Shtranykh lived and worked in Moscow. People’s Artist of the USSR (1978), Honored Artist of the RSFSR, a member of the Academy of Arts of the USSR. He graduated from the Moscow University of Painting, Sculpture and Architecture in 1916, the workshops of A. Vasnetsov, A. Arkhipov, S. Malyutin, L. Pasternak, and K. Korovin. 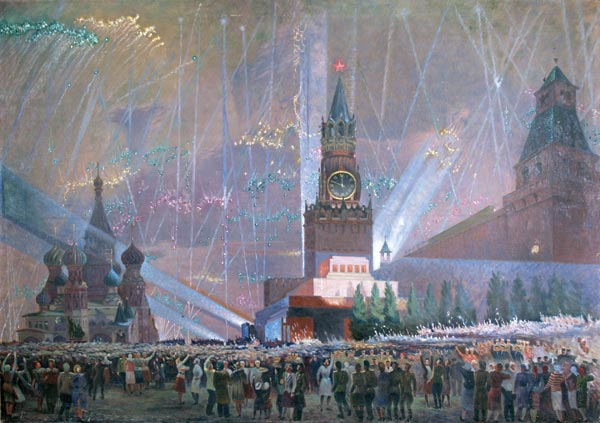 In the first years after the revolution he worked in Smolensk. Vladimir Fyodorovich Shtranikh took an active part in the social and cultural life of the city and directed the art studio of Proletkult. He was a member of the Association of Artists of Revolutionary Russia (AHRR). Among his pupils – known subsequently artists K. Dorokhov, M. Khazanov and N. Padalitsyn.

Shtranikh gained fame as an author of works devoted to the navy. In 1959, Smolensk hosted a large personal exhibition of the artist. Works of Soviet artist Shtranikh are in the Smolensk State Historical and Architectural and Art Museum-Reserve. 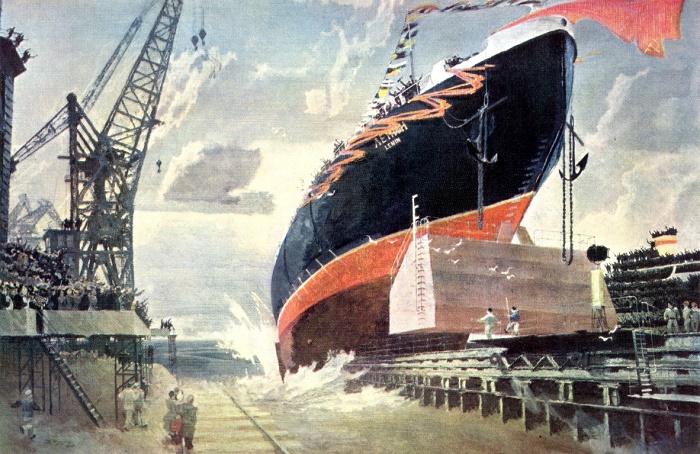 Launch of the nuclear-powered vessel Lenin 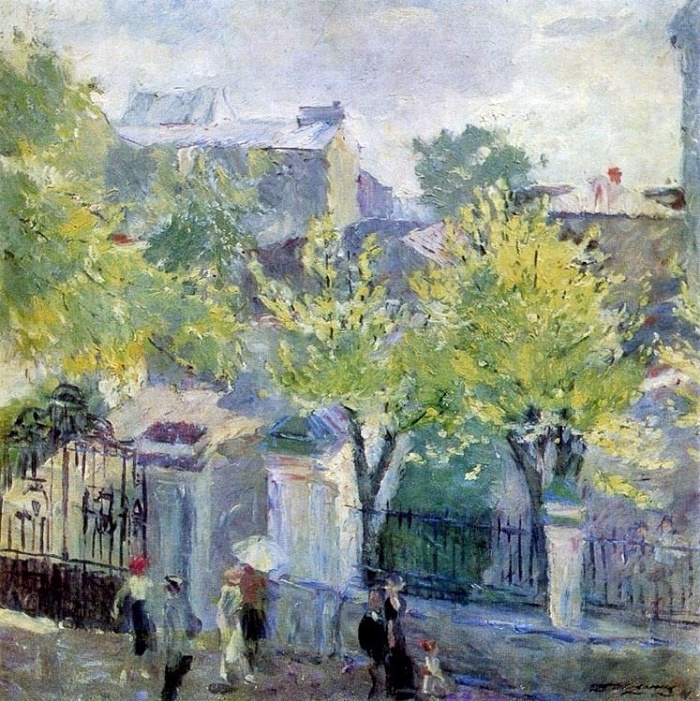 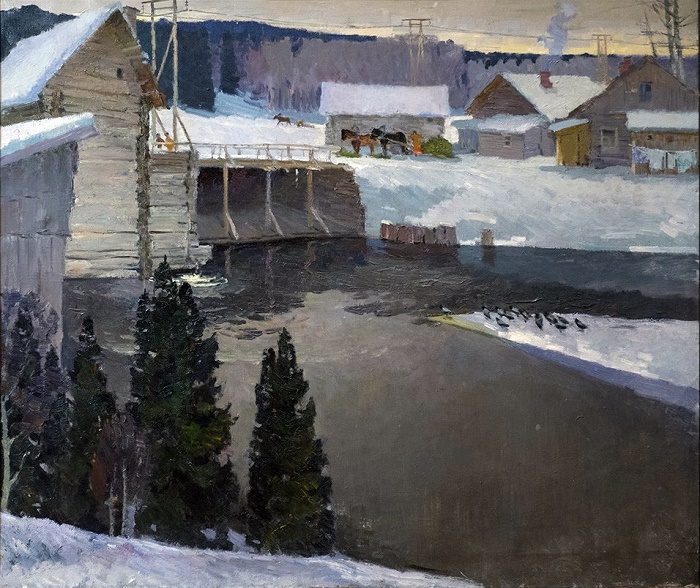 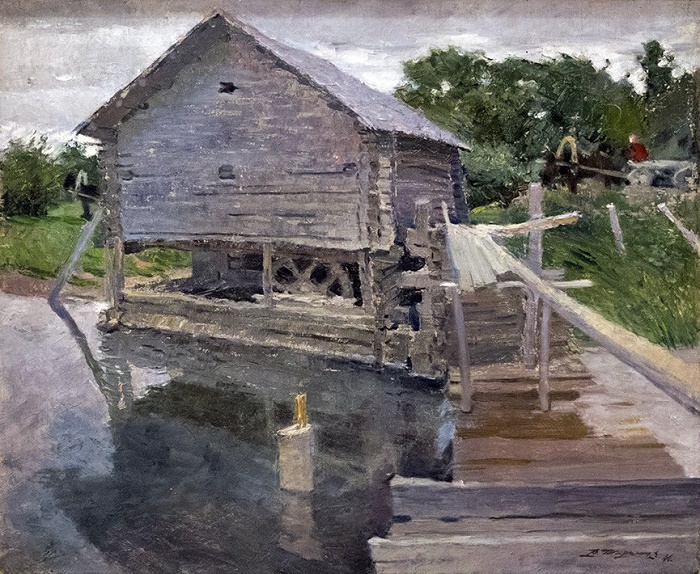 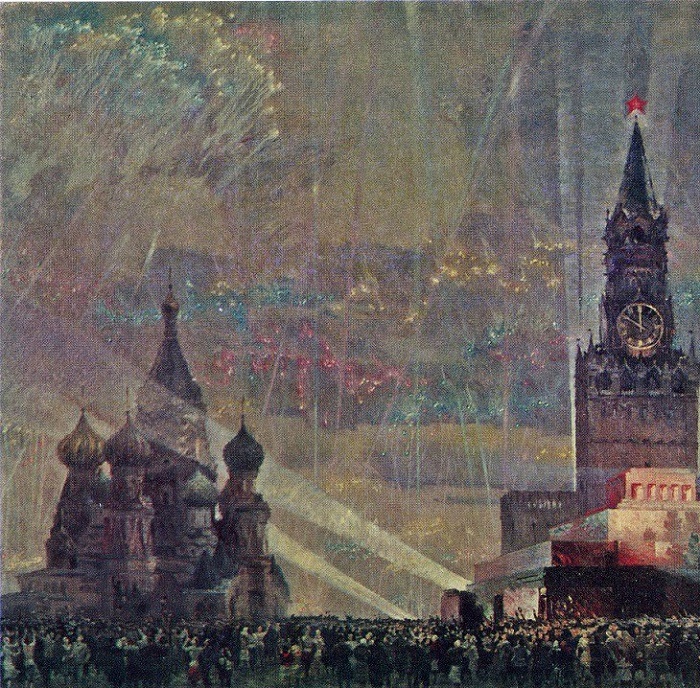 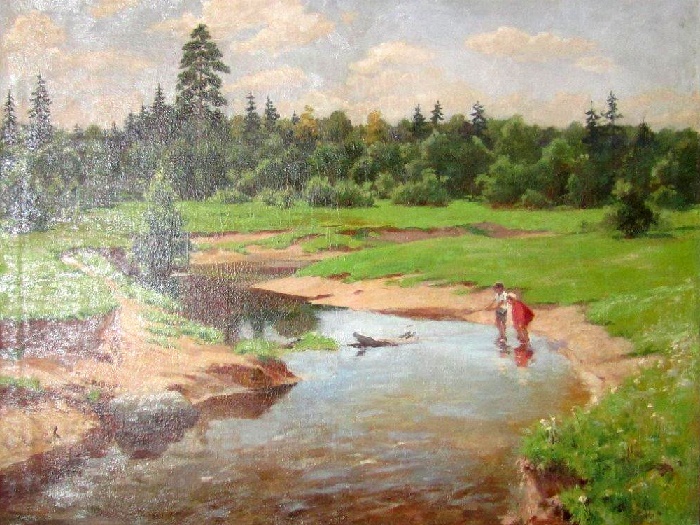 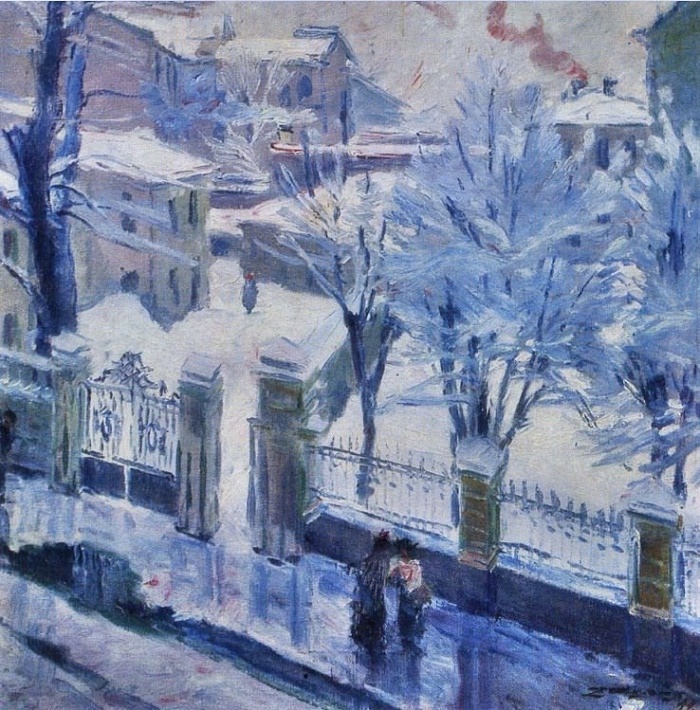 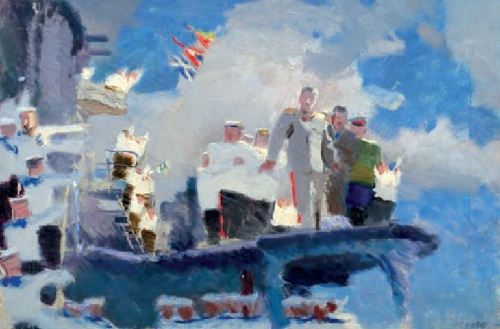 Comrade I. Stalin meeting with the sailors of cruiser Molotov. Sketch for painting. 1951. Oil on canvas