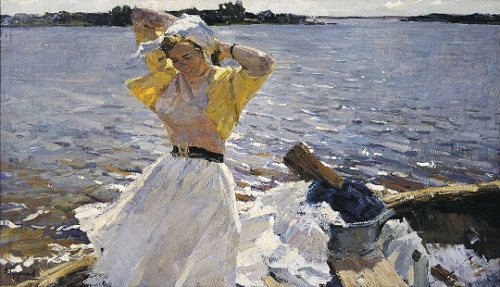 Soviet artist Vladimir Gavrilov (May 31, 1923 – July 17, 1970) was one of the most talented representatives of the generation of artists whose work has defined the characteristic features of Soviet art 1950-60-ies. Thin colorist and master of landscape composition, the artist developed in his works the traditions of Russian realistic school. After high school, he was drafted into the army and sent to the Studio of military artists of MB Grekov. In 1951 he graduated from Moscow State Art Institute. of Surikov. Among his teachers were Igor Grabar, B. Johanson, SV Gerasimov, A. Osmerkin, D. Mochalsky, Yevgeny Kibrik and others. In the period of study at the institute Gavrilov has created the painting “AN Radishchev “(1950), which became part of the golden fund of Soviet art. 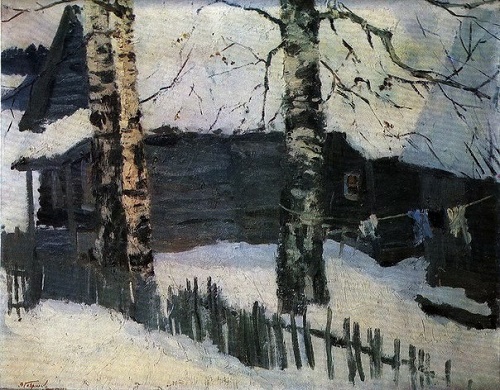 Vladimir Gavrilov studied the work of many local and foreign artists, but the special relationship he had to Surikov, the image of whom was the subject of the thesis. The result of long and laborious work, studying historical material has become painting “V. SURIKOV” (1951, Museum of the Academy of Fine Arts, St. Petersburg).

Upon graduation Vladimir Gavrilov began to successfully participate in the Moscow and All-Union exhibitions. Among the central works – “At dawn,” “Fresh day”, “For the homeland”, “Joyful March”. Gavrilov created works of his time and passionately argued manpower artistic ideals of Russian art. Since 1968, he taught at the Moscow State Art Institute of Surikov.
Soviet artist Vladimir Gavrilov died July 17, 1970 in Moscow, buried at the Vagankovsky cemetery. 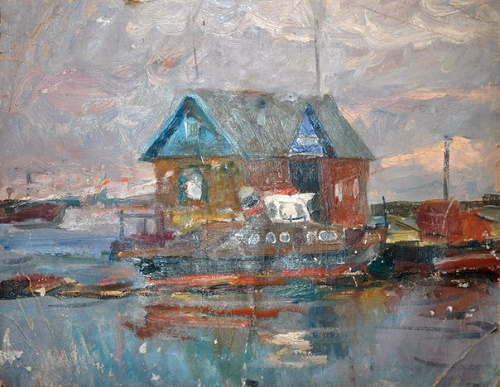 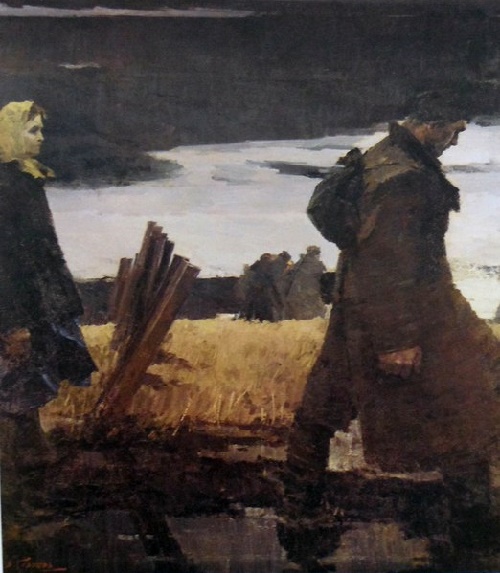 For the native land. 1960. The State Tretyakov gallery (Awarded State Prize of the RSFSR of Ilya Repin (1971 – posthumously) 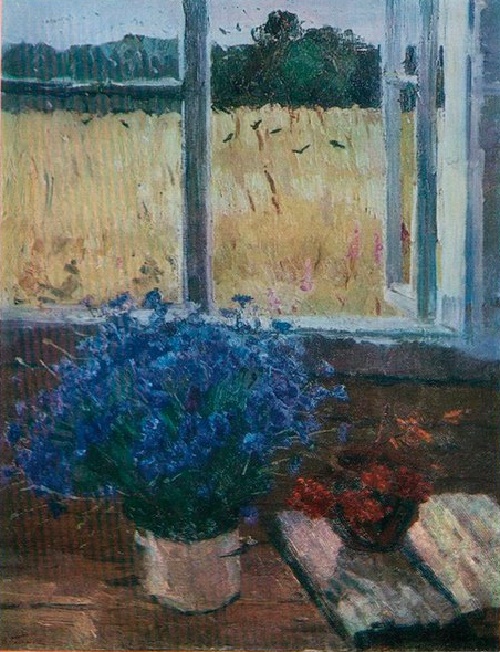 The new moon in March 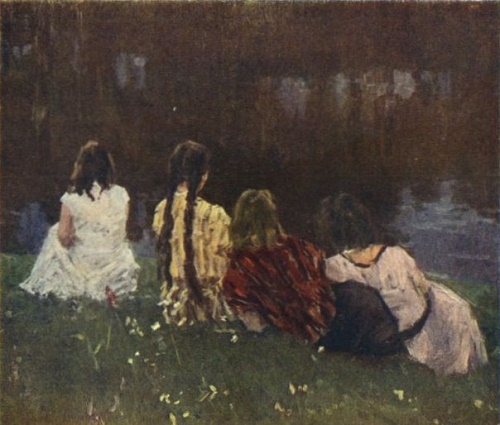 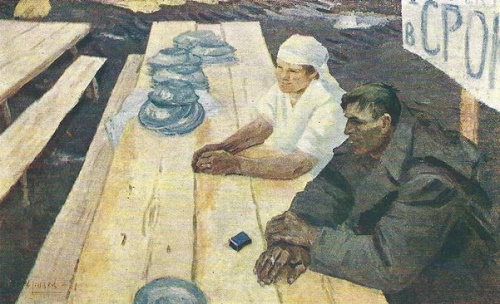 The working day is over 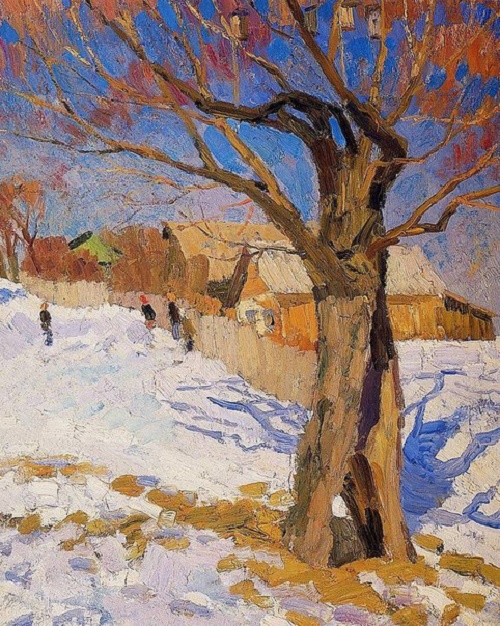 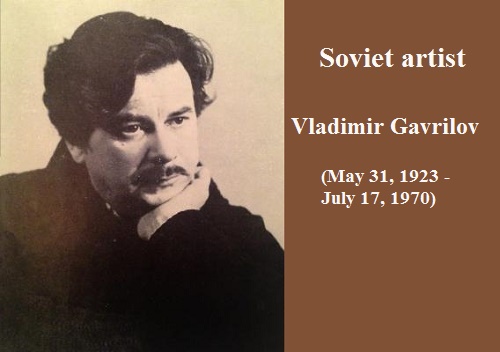 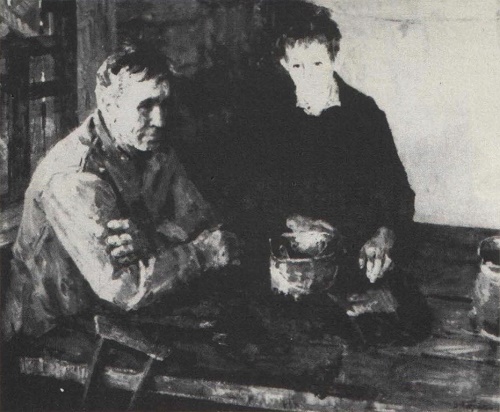 Dmitriy Fedorovich and his stepson (during the war). Oil. 1969 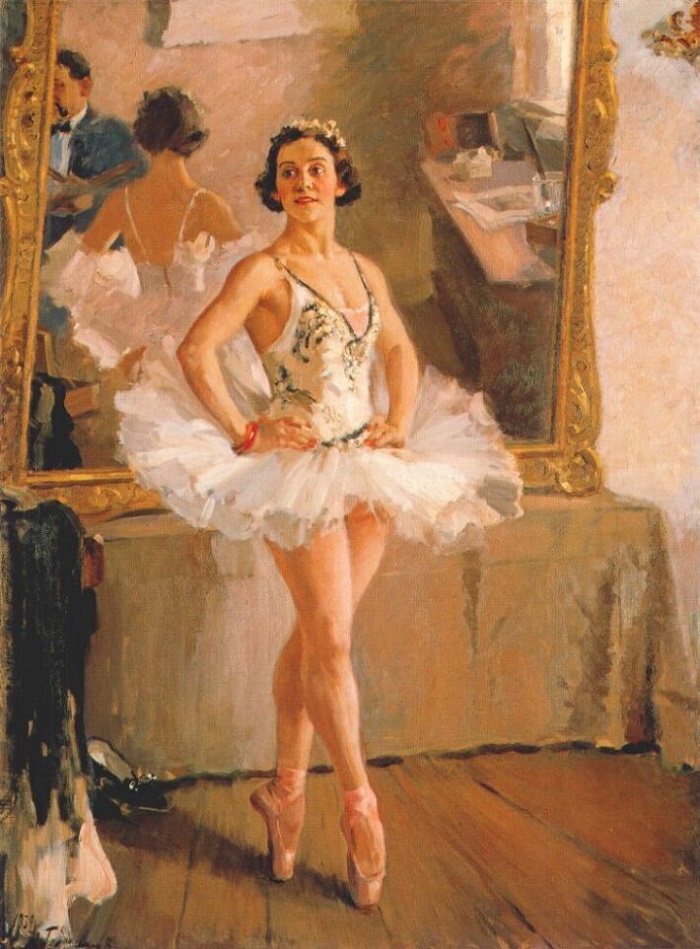 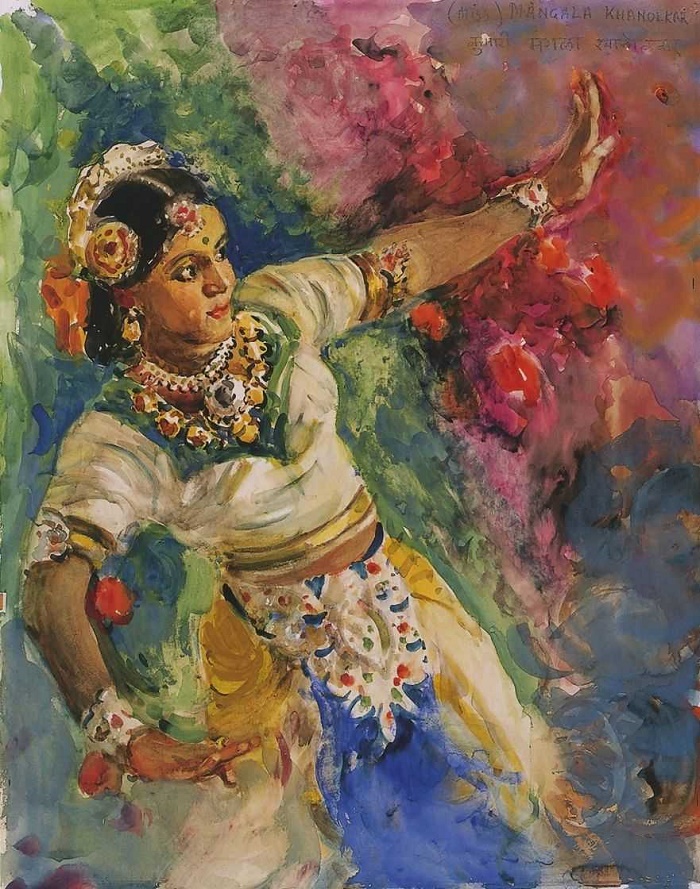 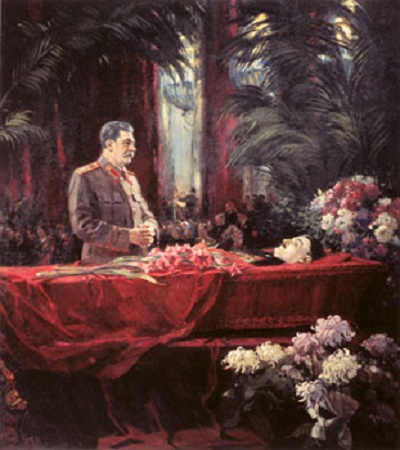 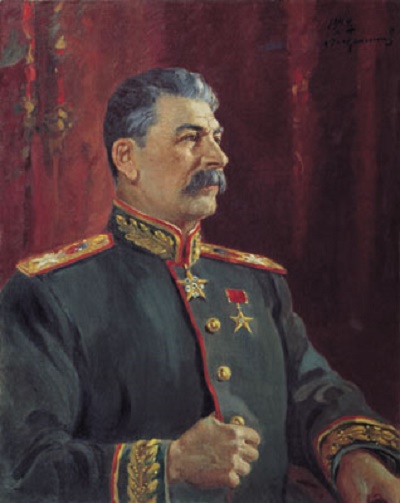 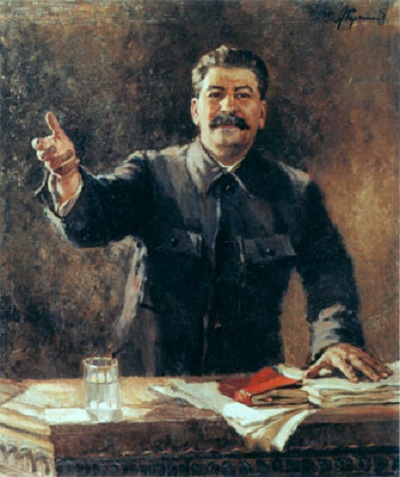 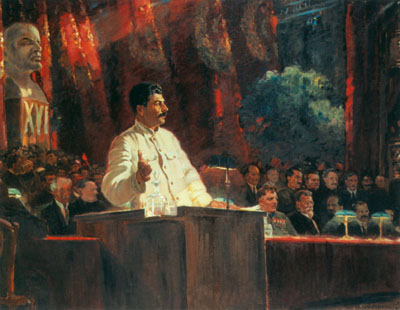