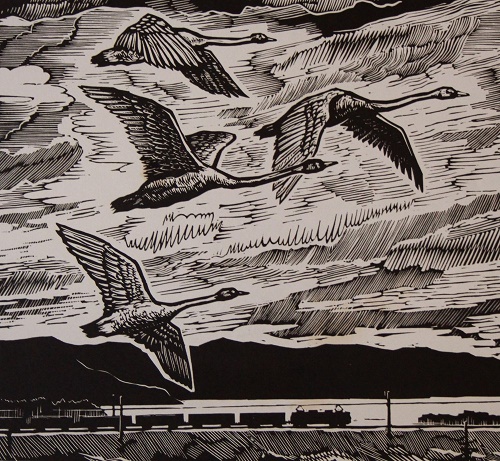 Soviet graphic artist Vladimir Bendinger
Born April 14, 1924 in the Siberian city of Krasnoyarsk, Vladimir showed his art abilities in early childhood. However, the war years prevented him from studying art, Yet, after the end of the war, in 1948 he entered the Leningrad Artistic and Pedagogical School, from which he graduated in 1953. Vladimir studied at the workshops of famous Soviet artists Vladimir Sudakov and G.A. Shakh.
Noteworthy, Vladimir began participating in exhibitions of Soviet art in 1948, when he still was a student. A member of the Leningrad and the USSR Union of Artists (1974), he mostly worked in print techniques of linocut and woodcut. Traditionally, the main themes in creativity of Bendinger – nature and landscapes of his country.
Vladimir Adolfovich Bendinger died in 2012 in St. Petersburg. 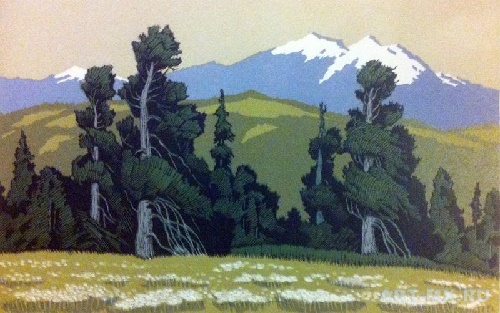 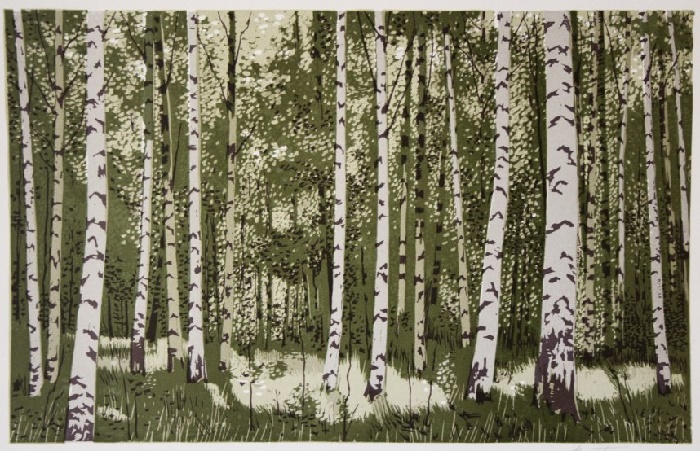 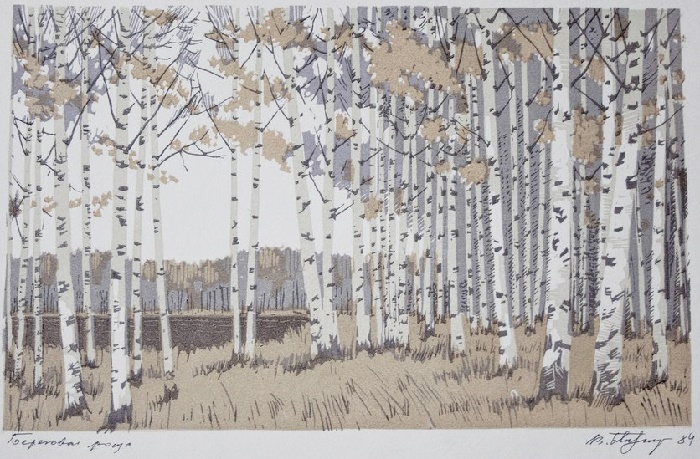 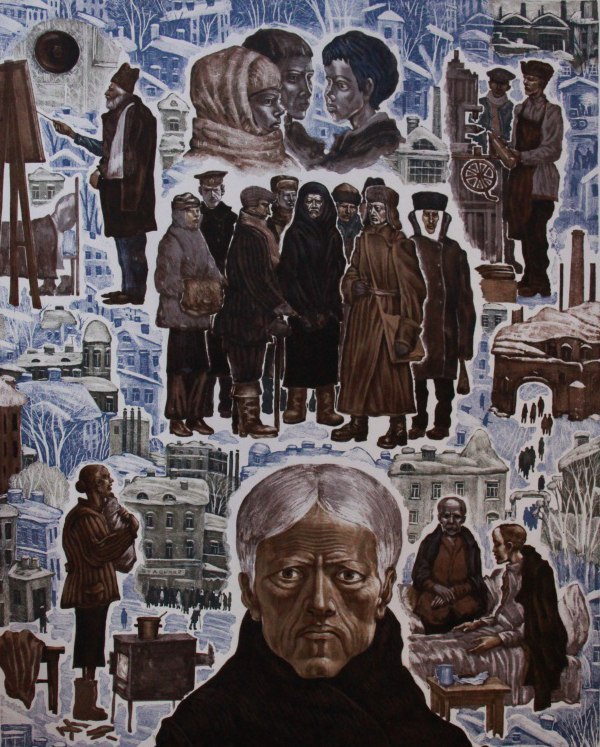 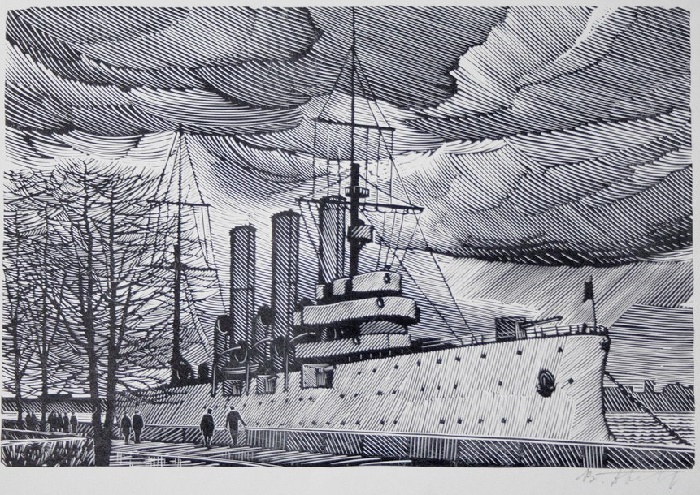 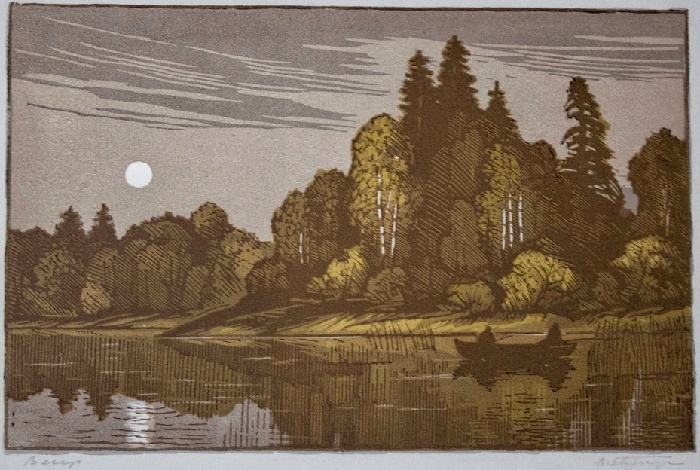 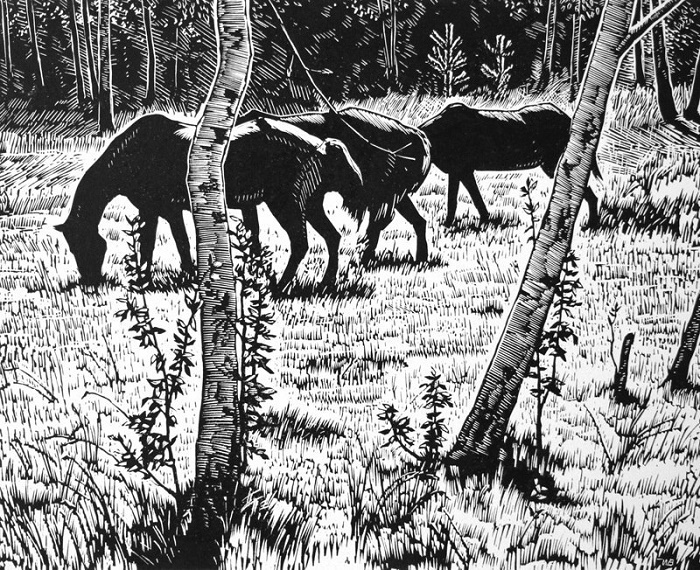 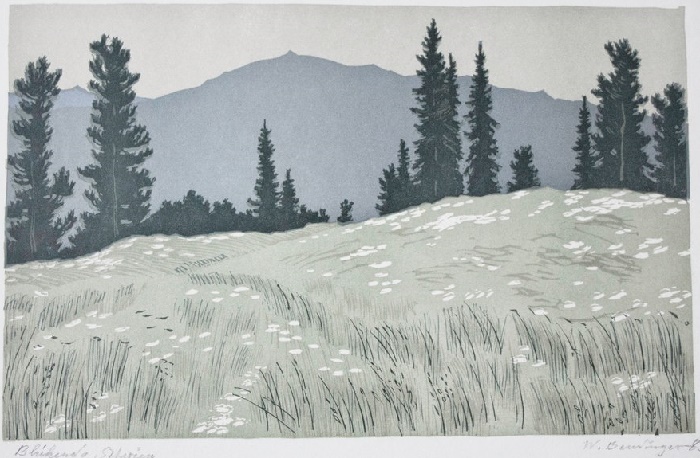 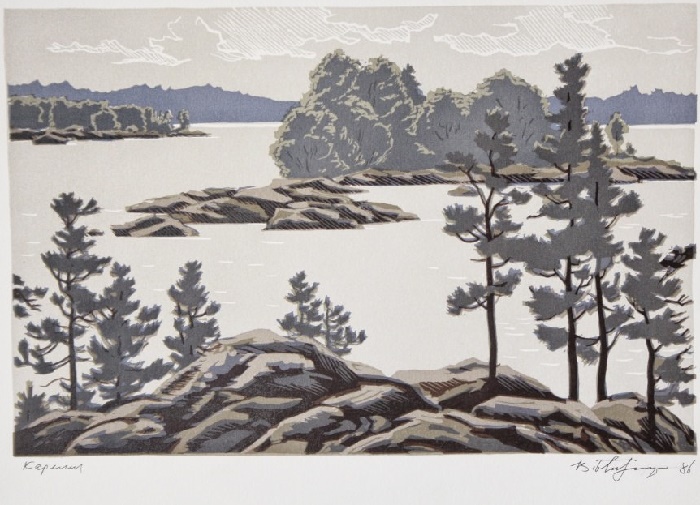 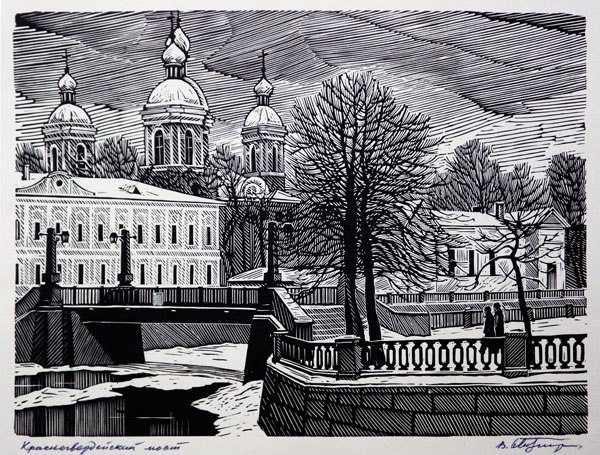 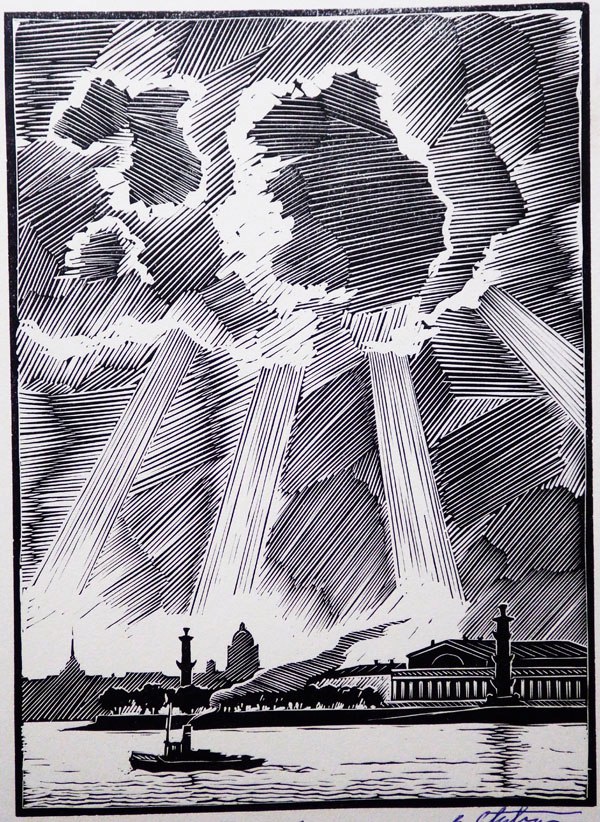 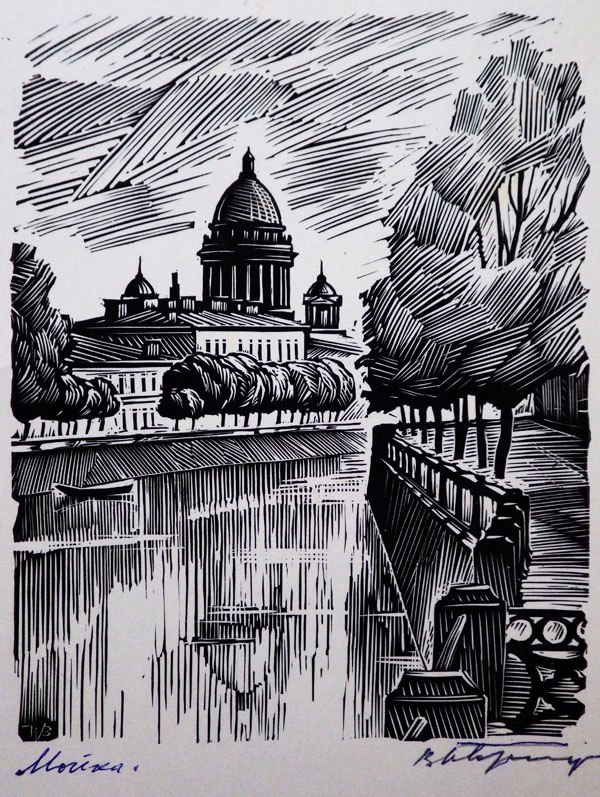 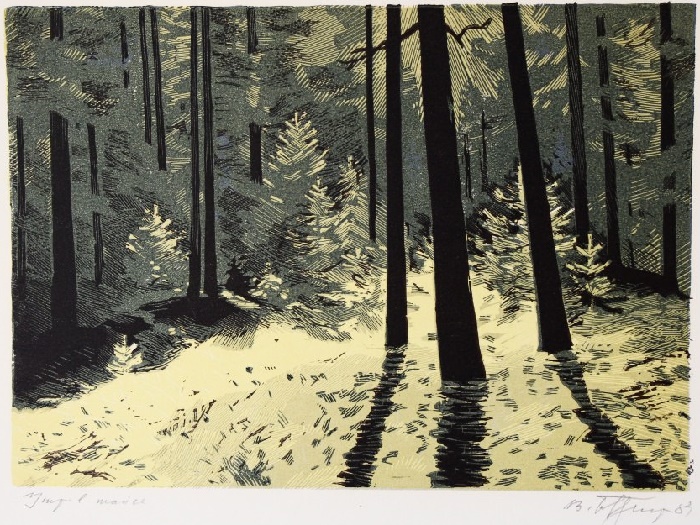 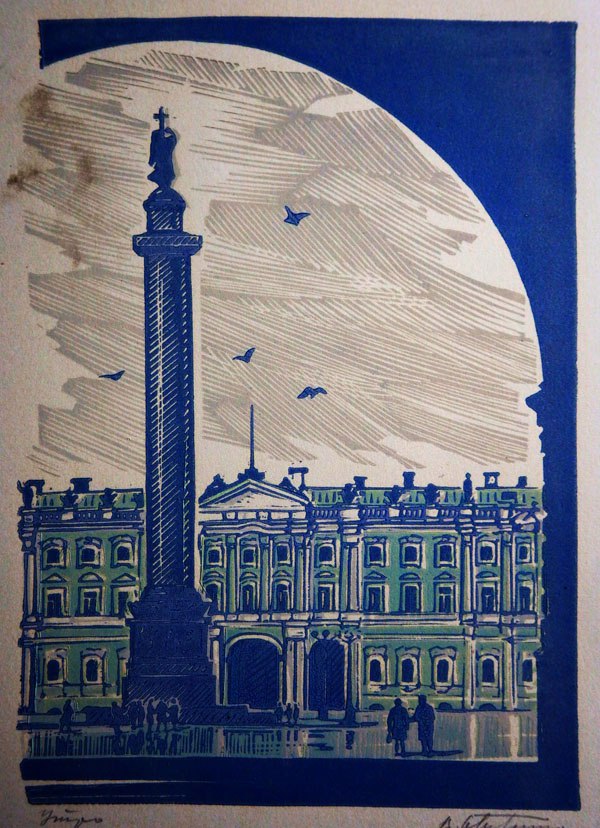 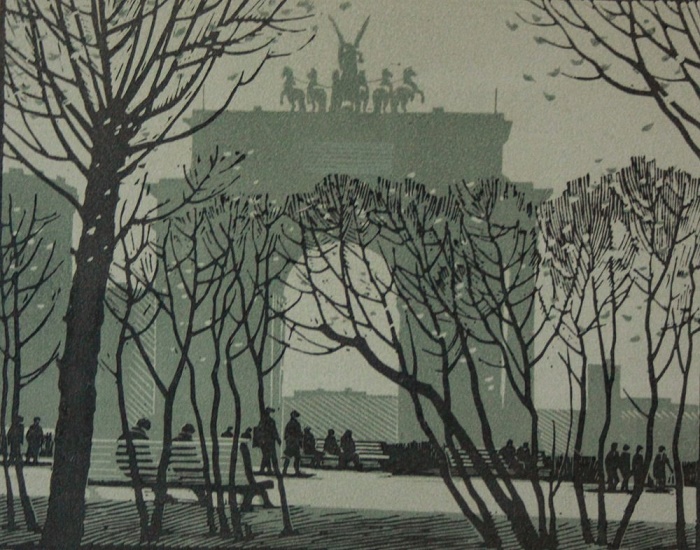 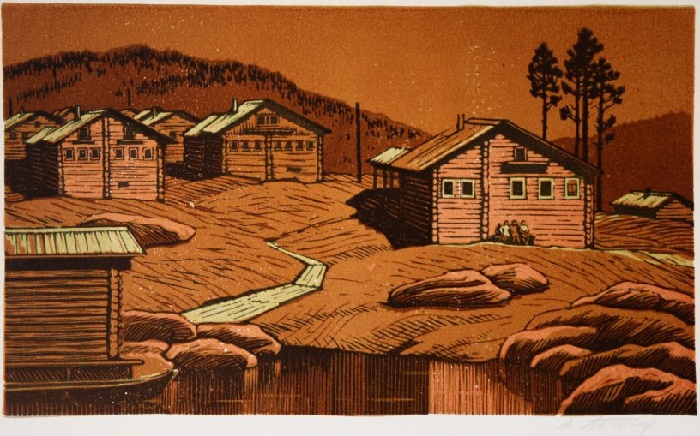 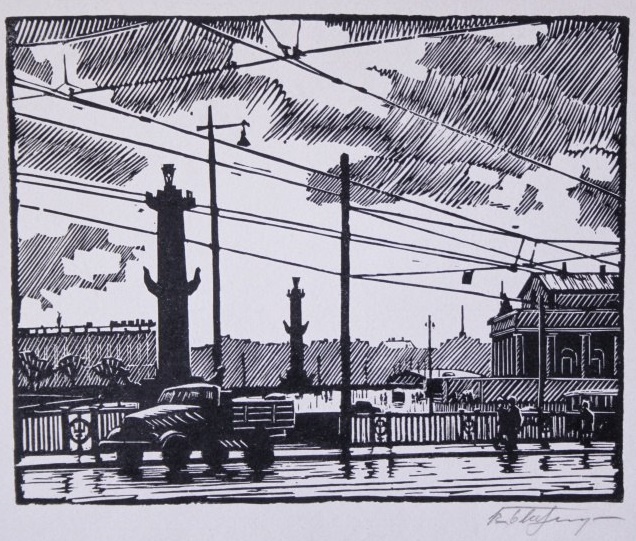 On the Palace bridge 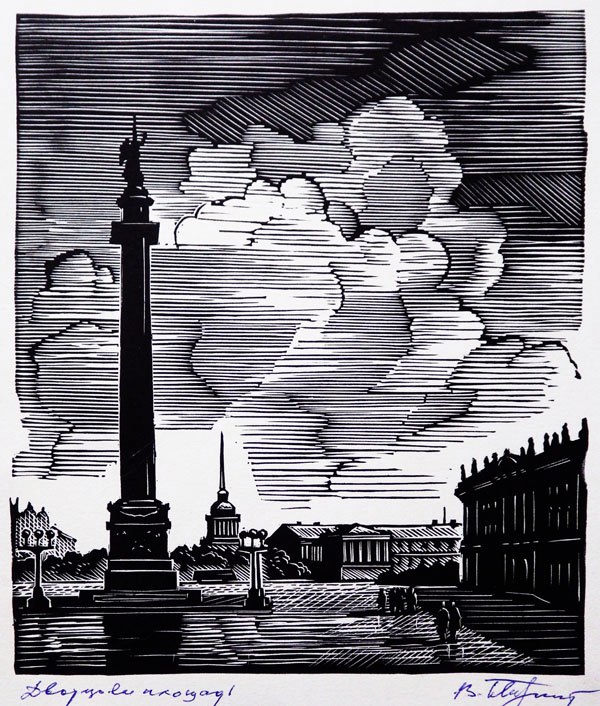 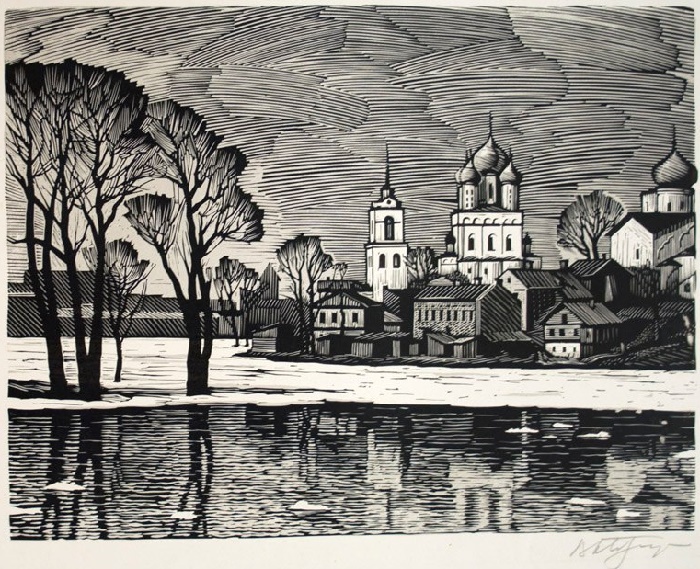 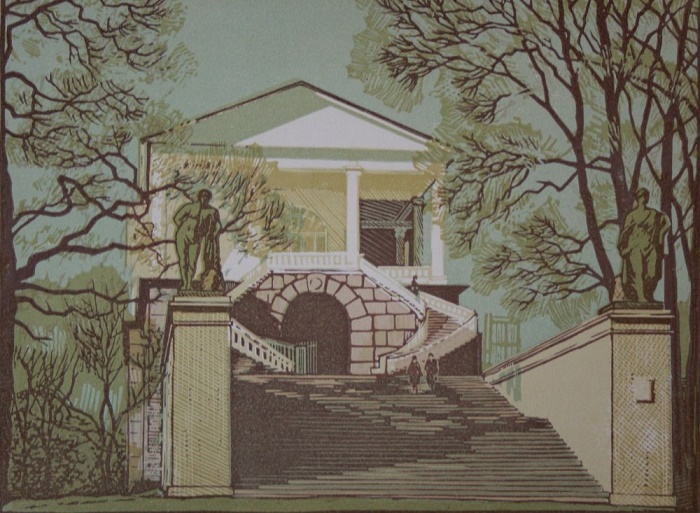 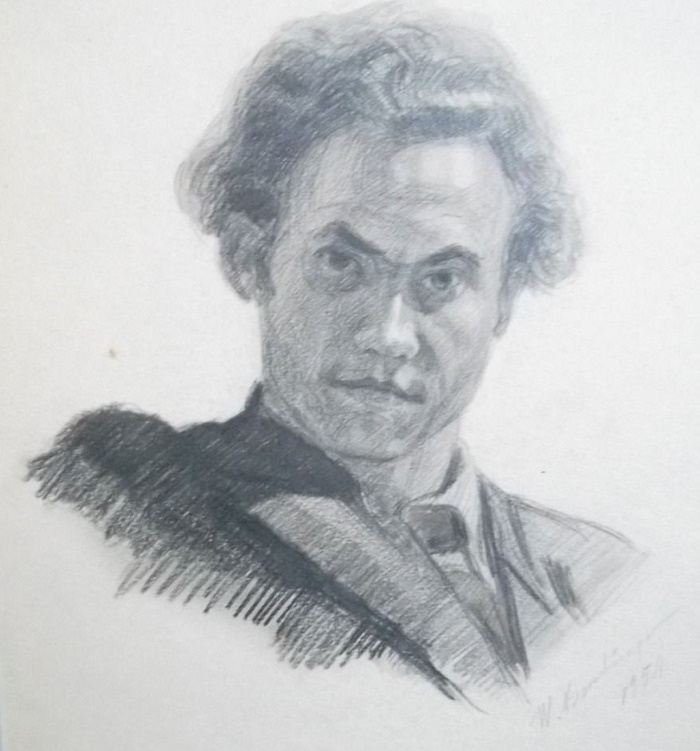 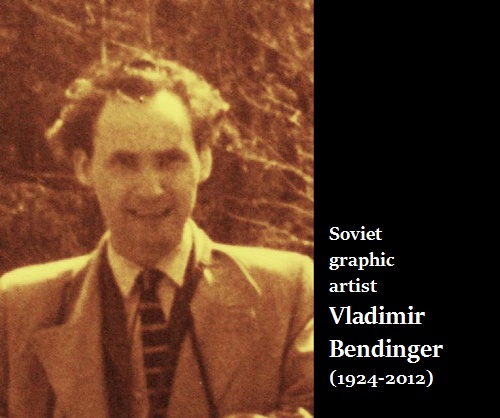 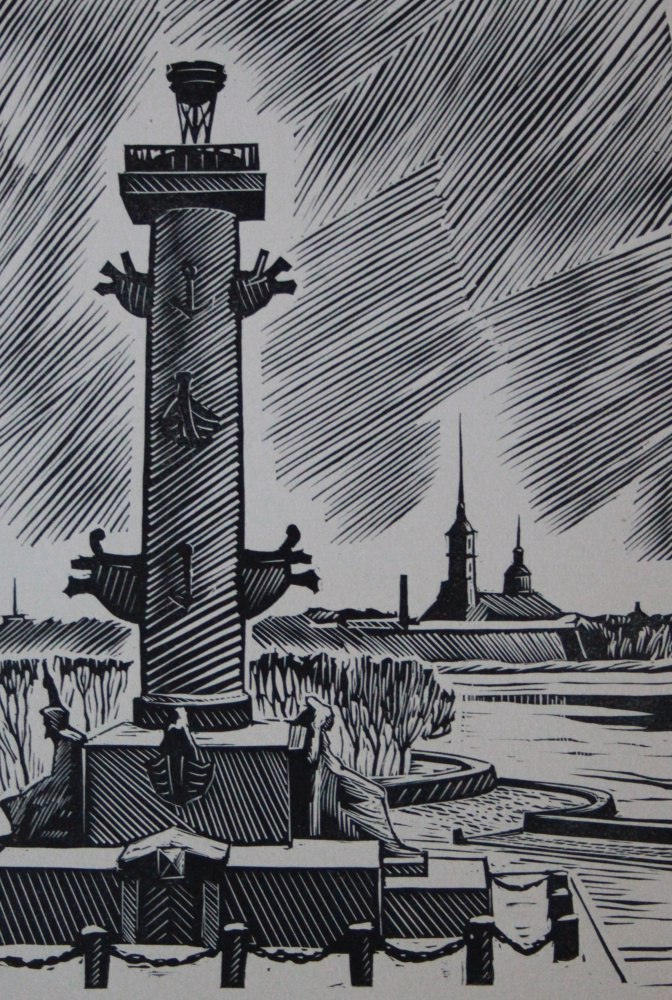 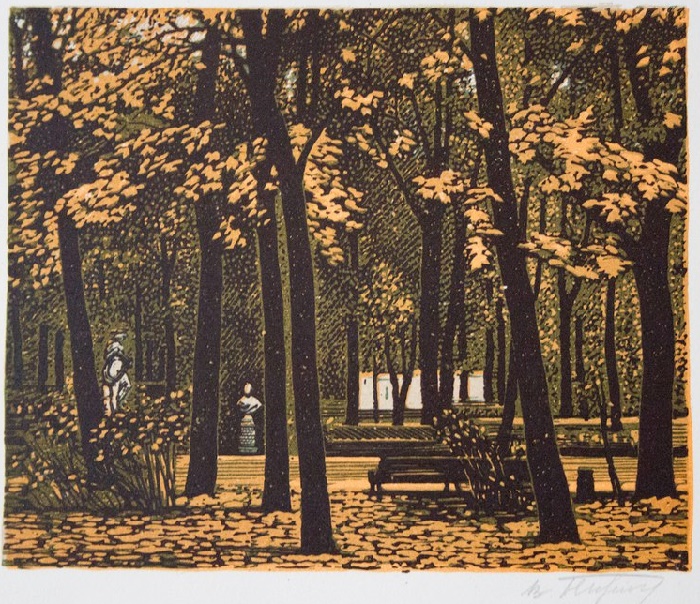 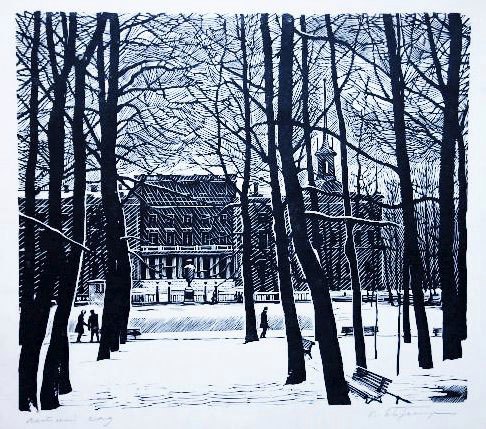 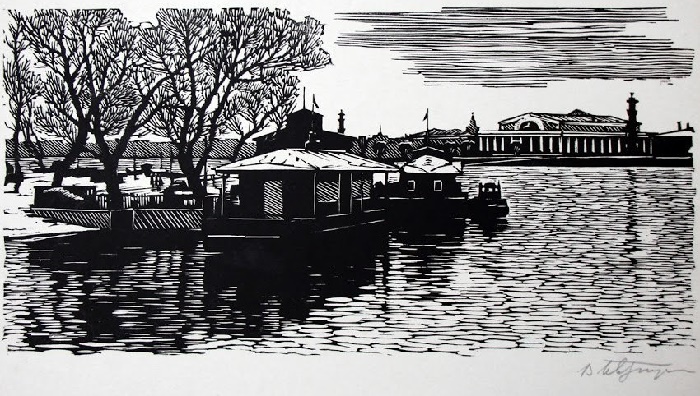 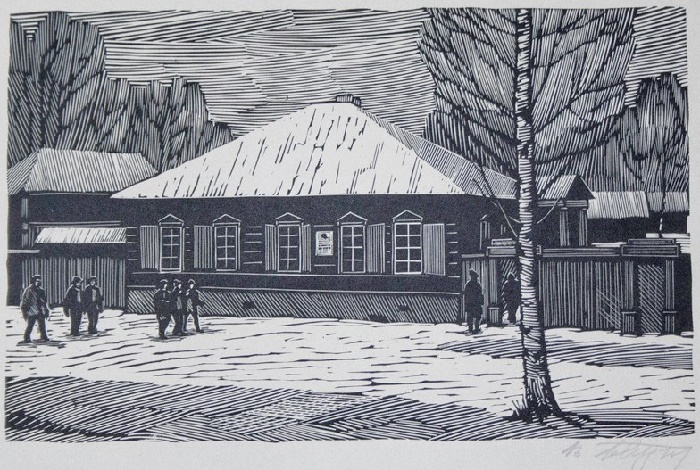 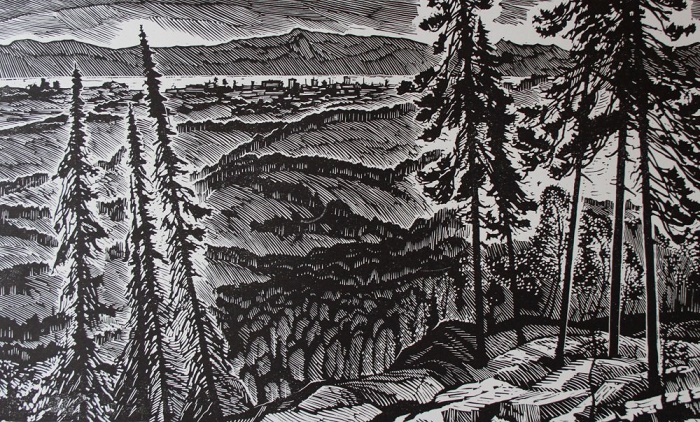