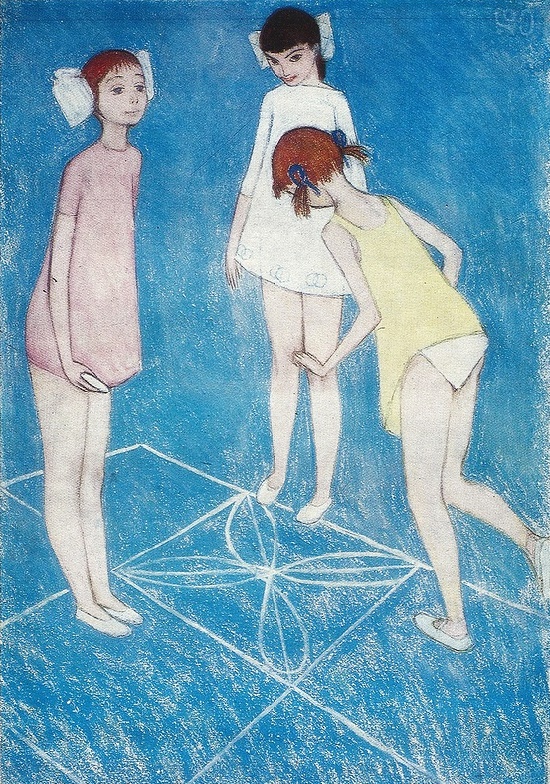 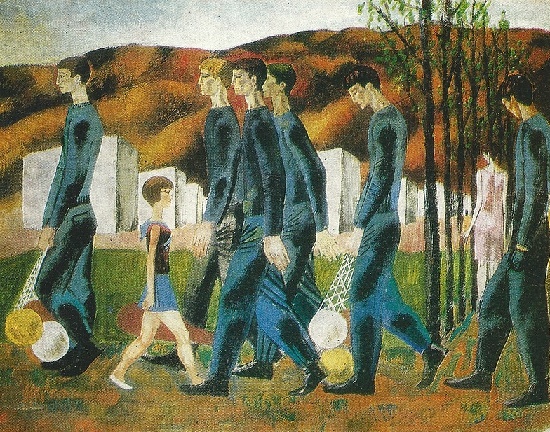 The name of Eristavi in the Georgian fine arts means the creation of a kind of genre that reflects the life of a modern city, conveys its rhythm. In simple, completely unremarkable phenomena of urban life, the artist finds beauty. The full subtle lyricism and charm of the early pastels “Playing Classics”, “Kindergarten”, “Violet seller” – the artist conveys in them the character of teenagers. But and most importantly, the unique plasticity of their movements.

In the pastel works of this period, along with a fine gradation of shades, Eristavi often applies a local color, combining and subordinating it to a clear, expressive design. A flexible, smooth, plastic and moving line of drawing is the artist’s predominant means of creating an image. The line describes the shapes and gives them volume, introduces dynamics and rhythm into the composition. It is this feature of the works of Eristavi that links his art to the national artistic tradition. After all, the flexibility, smoothness, dynamism of the line is so characteristic of medieval Georgian frescoes.

The main theme of the works of Eristavi is modern life. Through the eyes of the analyst the artist captures the gestures and movements of people, personifying the rhythmic features of their everyday life. He peers at the gait of people, in their manners, gestures, and highlights the most characteristic. Thus, the features of the plastic movement of people of different professions formed the basis of the graphic series “Workers”. 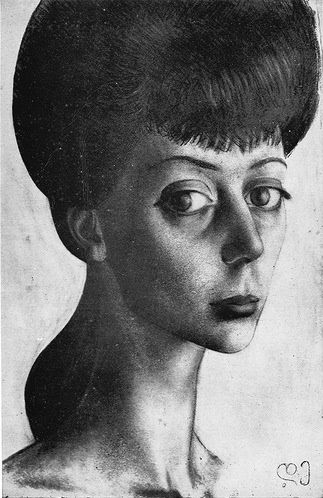 One of the leading genres of Eristavi’s work is a portrait. Each person for him is a separate, special phenomenon, an independent world with his own soul and individual plasticity. Therefore, each stroke, each characteristic form bears the imprint of an inspired comprehension, and the soul and personality of the author.

A separate page in the work of Eristavi is the graphic series “Old Tbilisi”. The narrow, cobbled streets of old Tbilisi, its houses with characteristic balconies and shops in the lower floors, especially close and dear, preserved in the memory of the artist. 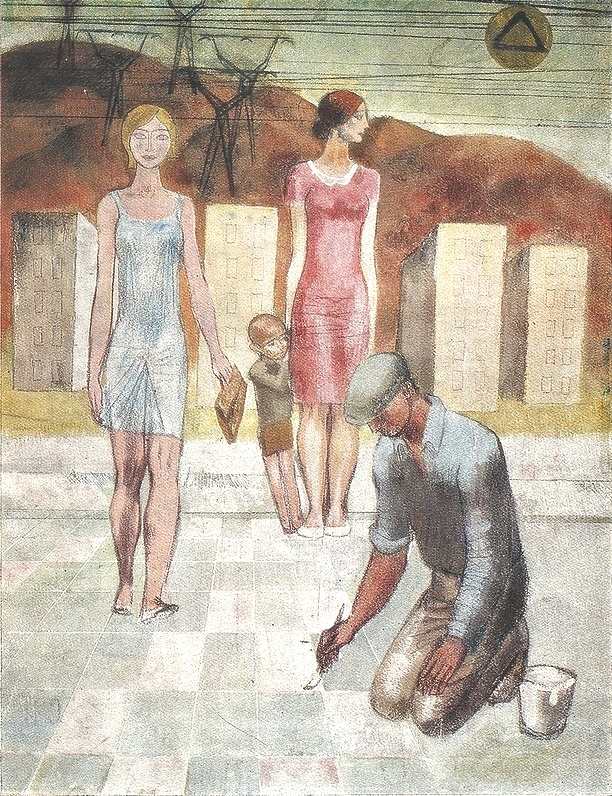 Undoubtedly, he is an artist of the city. In his works – not only the external, architectural appearance of modern Tbilisi, but also its soul, the rhythm of life peculiar to this city. Besides, the unique plasticity of Tbilisi – in a word, everything that makes up the essence of Tbilisi. This, together with the high skill and originality of the imaginative solution, determines so much popularity and recognition of the work of Dimitri Eristavi. 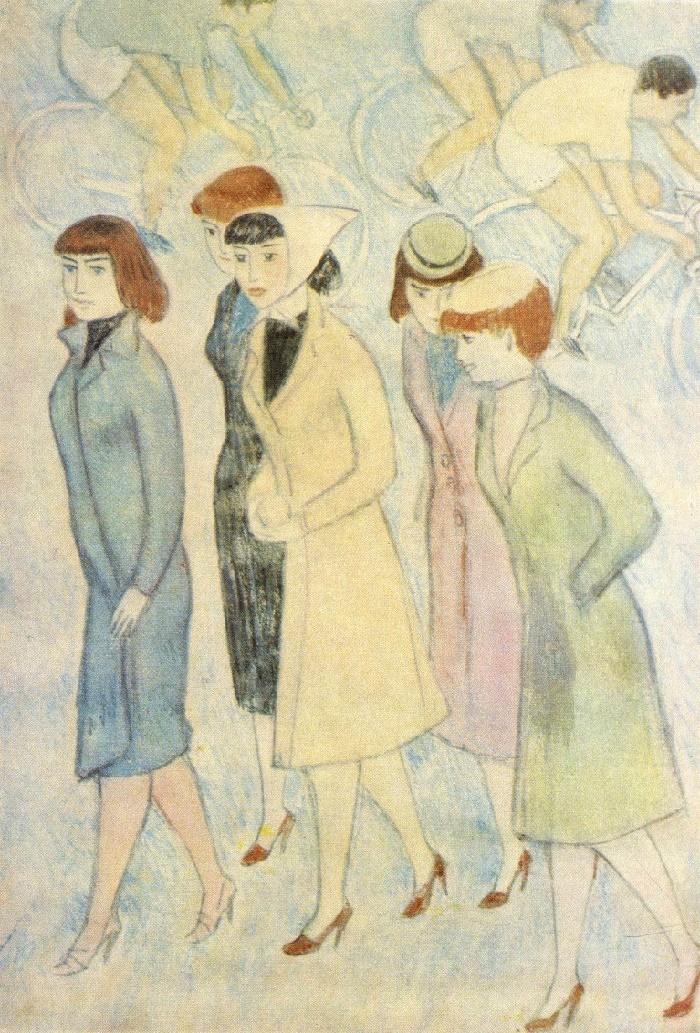 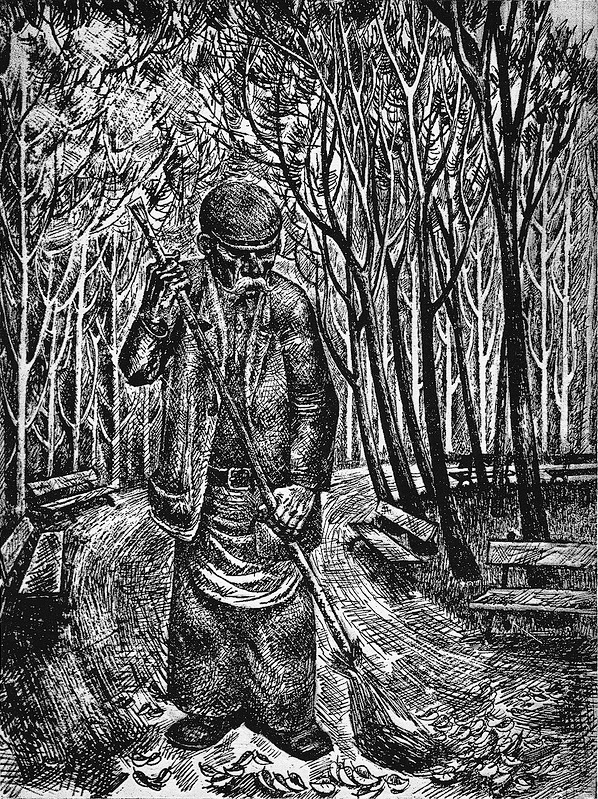 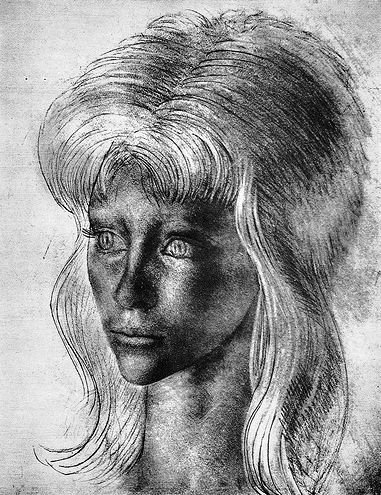 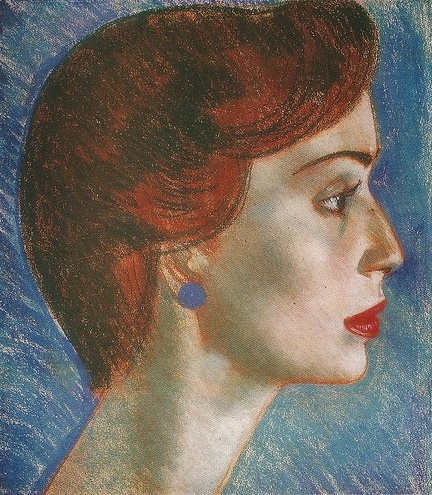 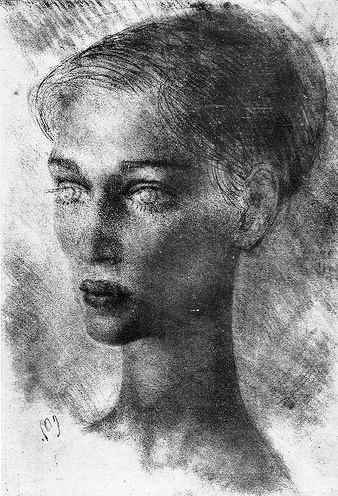 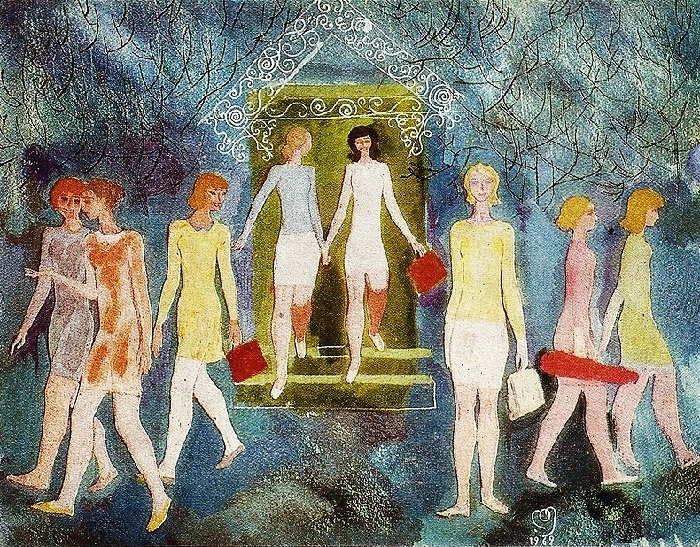 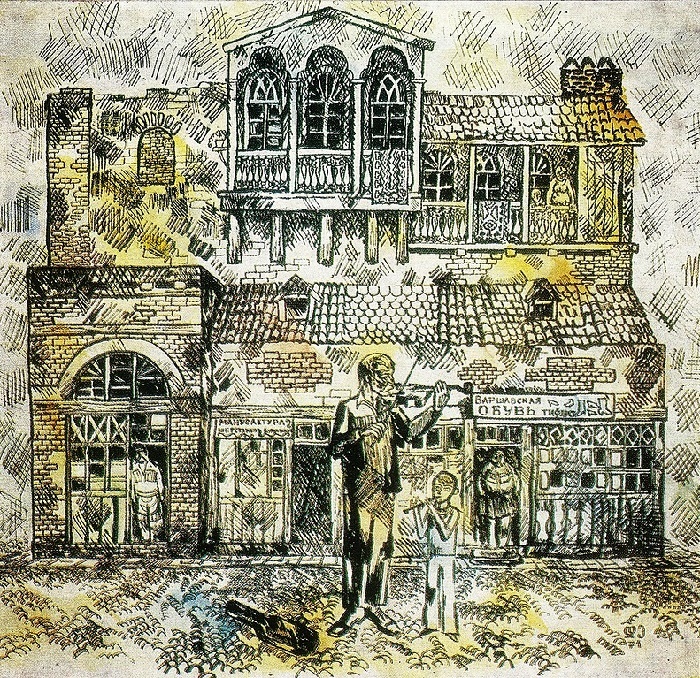 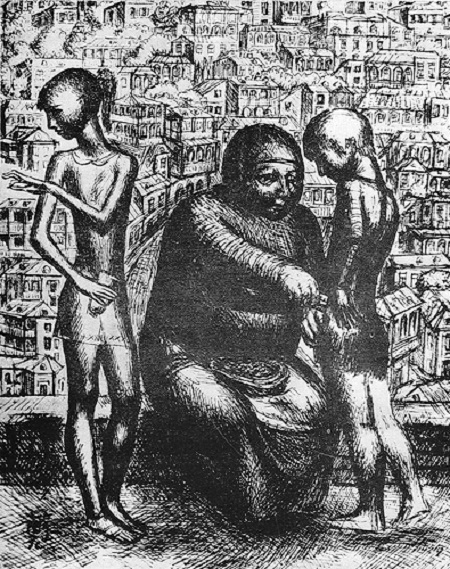 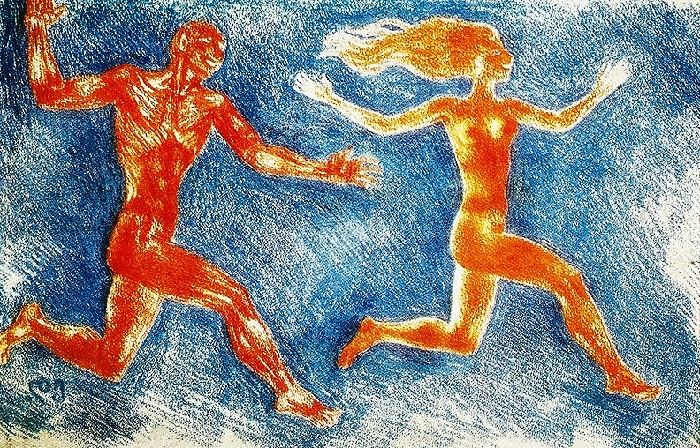 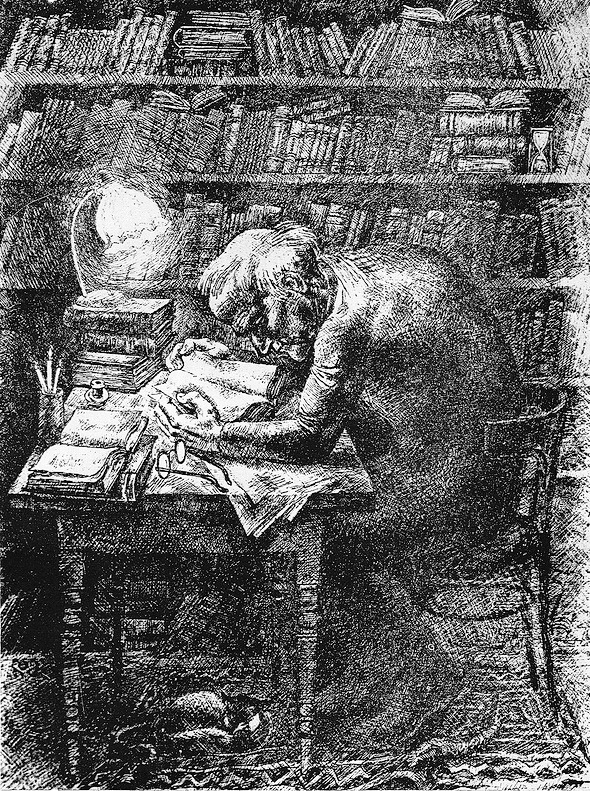 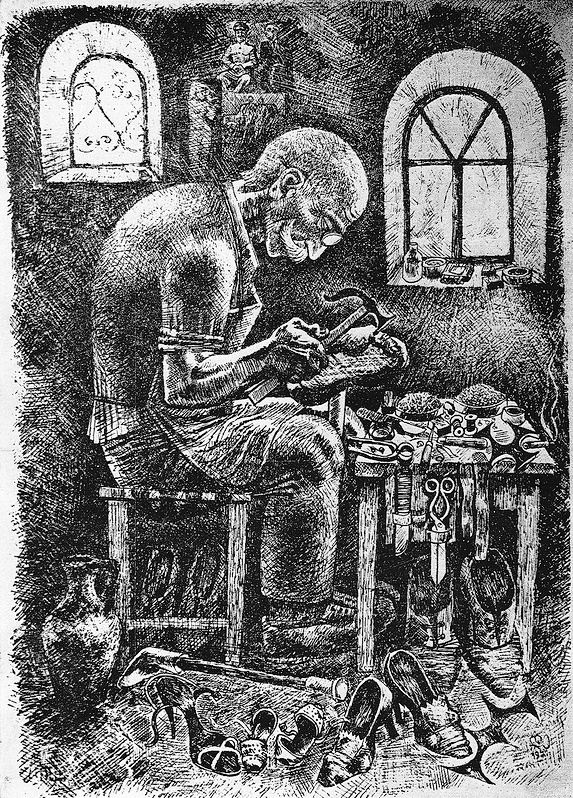 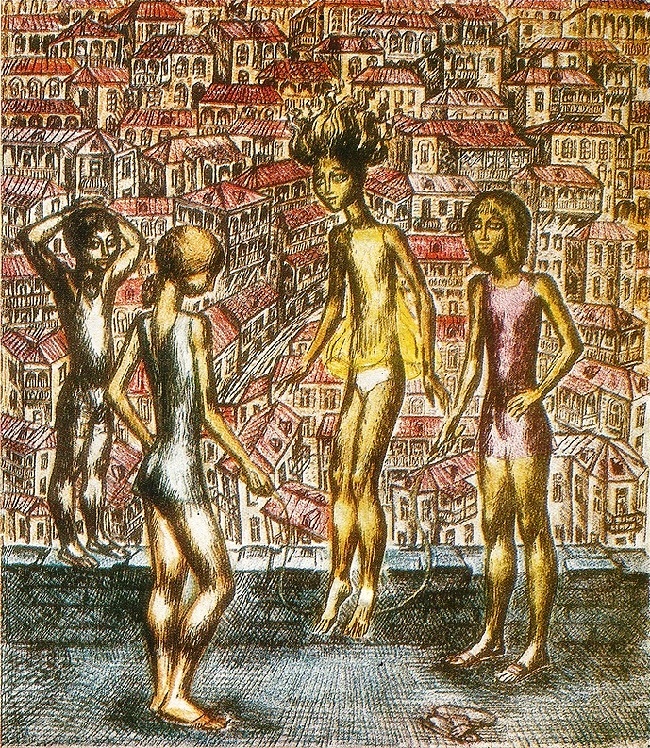 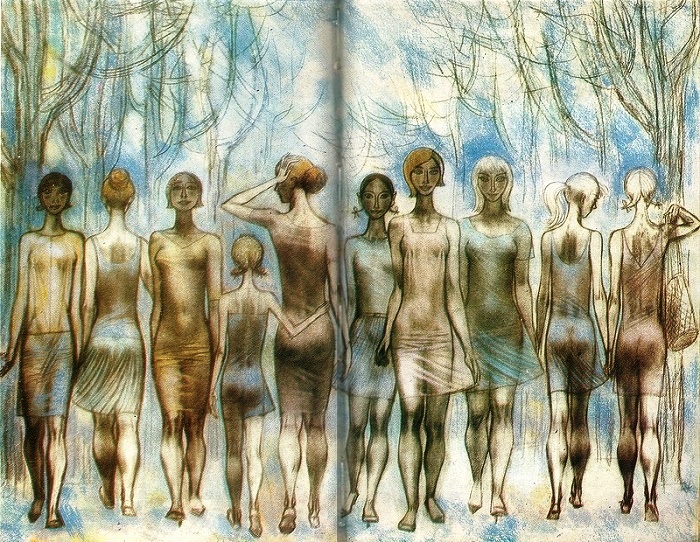 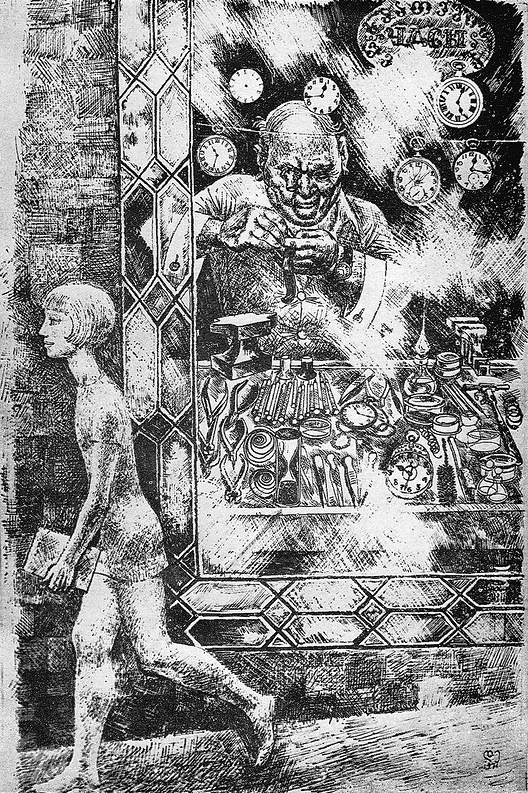 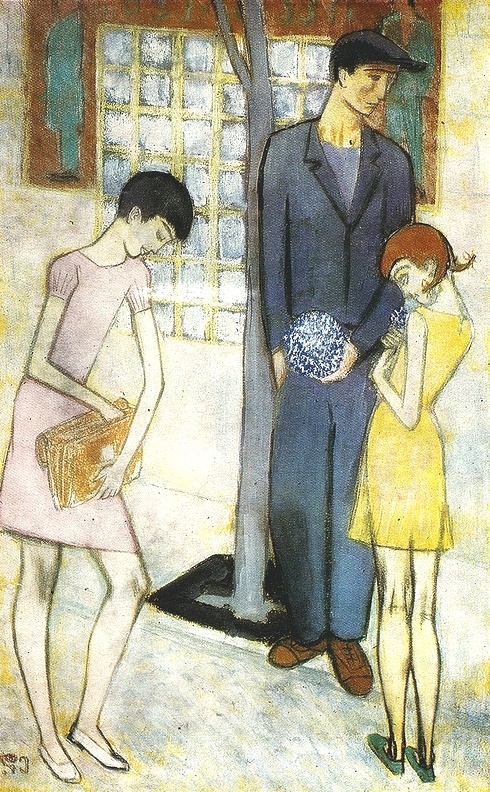 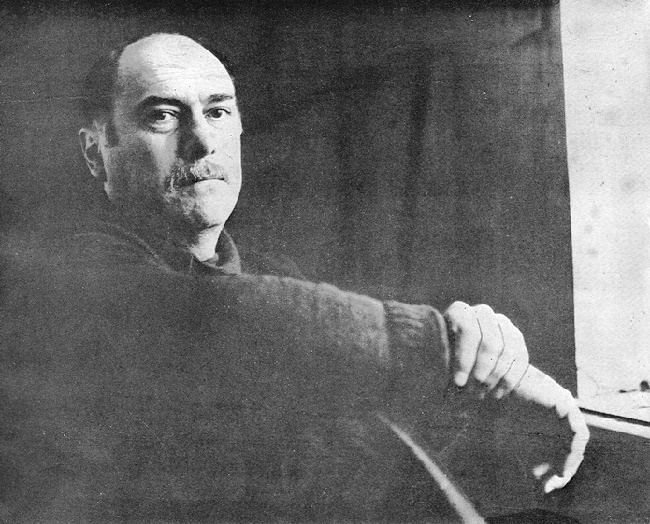