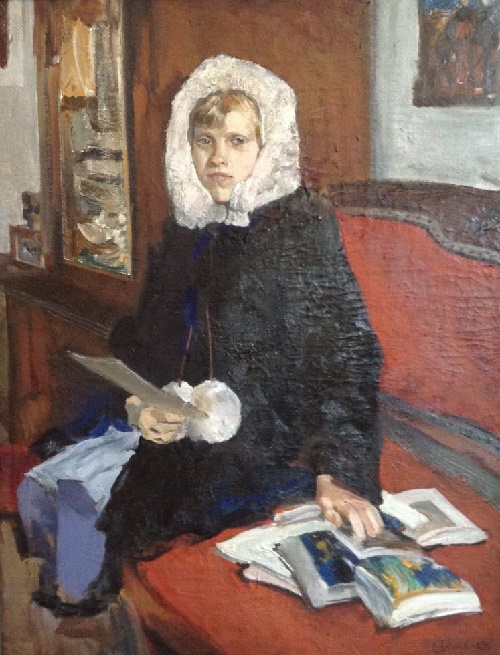 Soviet artist Dmitry Belyaev (18 November 1921 – 25 September 2007) – a member of the Leningrad branch of the Union of Soviet Artists (1952). Honored Artist of the Russian Federation (1998), Winner of the St. Petersburg government award in the field of literature, art and architecture (2004) for a series of works created in recent years. Laureate of Ilya Repin State Prize (2005). Member of Peter’s Academy of Arts and Sciences.

Soviet artist Dmitry Vasilievich Belyayev was born in the village of Ryazan Province. In 1929, after his mother’s death, the family moved to Moscow. First, Dmitry Belyaev studied in the studio of the Moscow House of Pioneers of the Bauman district, then in the Art School in memory of 1905. On the last course drafted into the Red Army. Member of the Great Patriotic War, fought in the South-West and the 2nd Ukrainian Front – was the commander of the tank compartment, was injured. Among his military awards are the Order of the Red Star, Patriotic War of the first degree, medals “For Victory over Germany” and others. 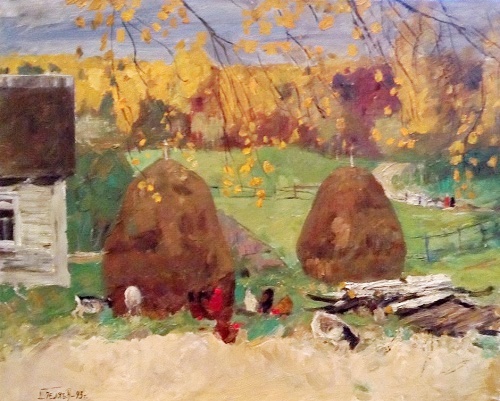 In 1946-1952 he studied at the painting department of the Institute of Painting, Sculpture and Architecture named after Ilya Repin of Academy of Arts of the USSR. His teachers were Soviet artists I. Serebryany, S. Abugov, G. Pavlovsky and Alexander Zaitsev. He graduated from the workshop of B. Ioganson, diploma painting – “For Peace!”. 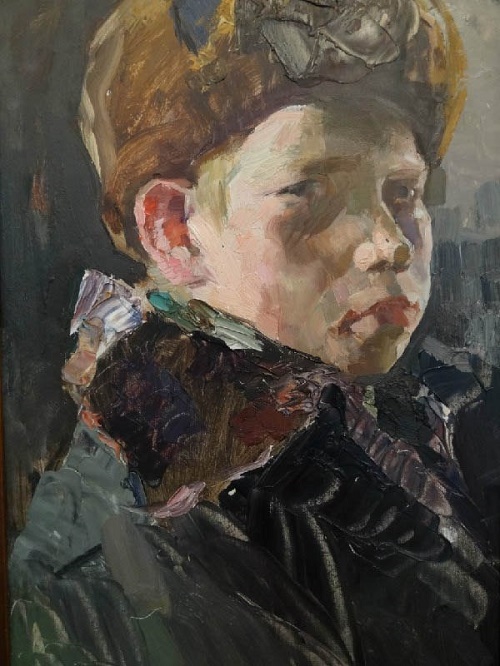 Dmitry Belyaev – the constant participant of exhibitions of Leningrad artists since 1953. The talented colorist, he painted genre and historical paintings, landscapes, portraits and still lifes. In 1960-1980s he worked in the House of creative artists in Staraya Ladoga. The personal exhibition was held in the halls of the Leningrad branch of the Union of Artists of the RSFSR (1988). 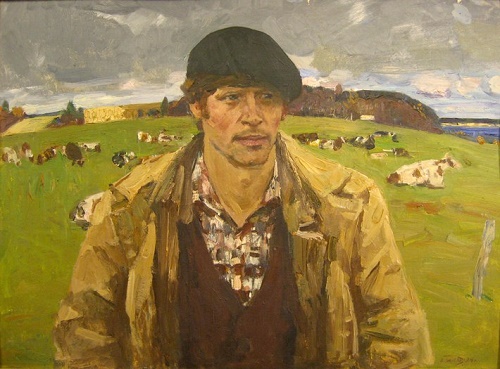 In meadows of the Lake Ladoga area 1994

Dmitry Vasilyevich died on September 25, 2007 in St. Petersburg. His works are in the State Russian Museum, the Scientific – Research Museum of the Academy of Arts (St. Petersburg), Penza, Krasnoyarsk, Krasnodar, Smolensk art museums, the Museum of S. Konenkov, as well as in private collections in Russia, Finland, China, Japan, Great Britain, France and many other countries. 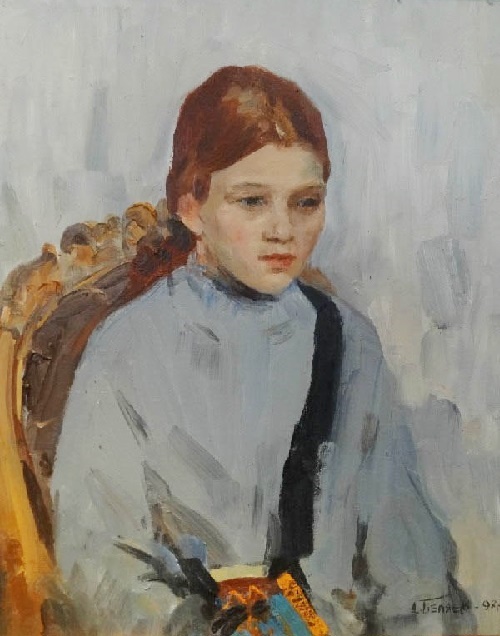 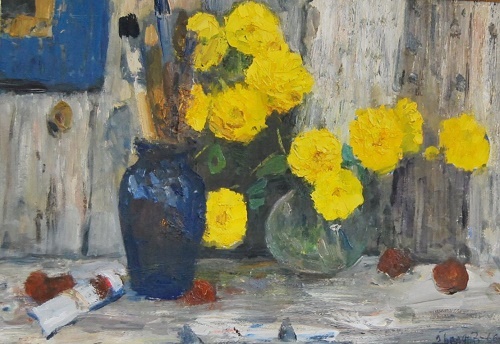 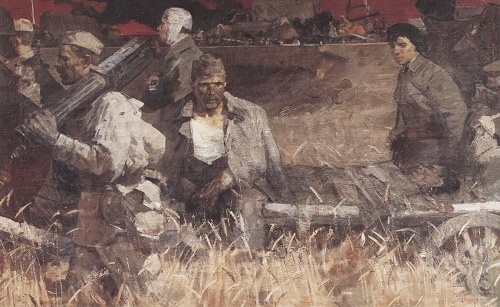 After the fight (Great Patriotic war) 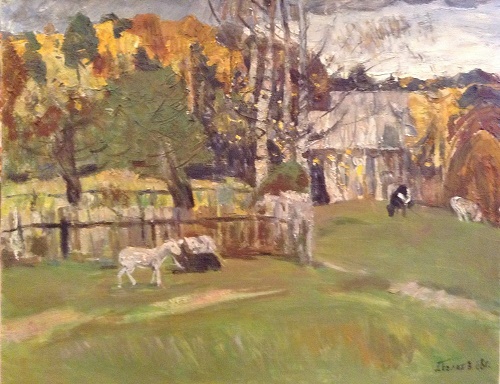 Autumn in the village 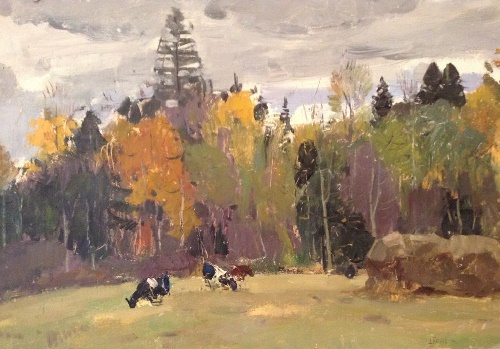 Cows in the field 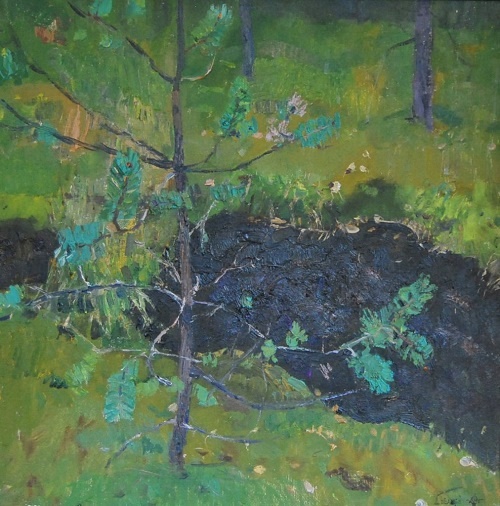 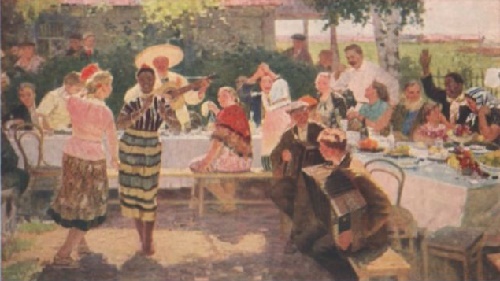 Guests of the festival on the farm. 1960 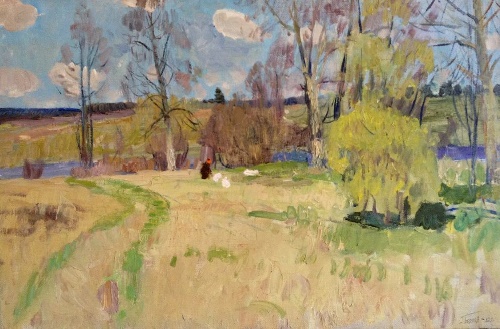 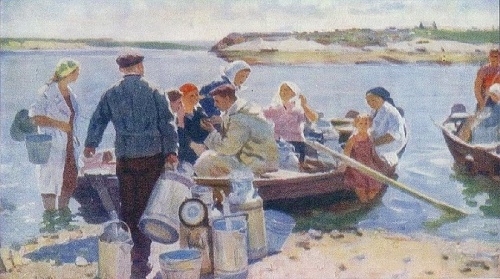 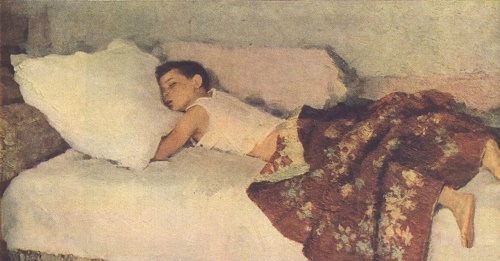 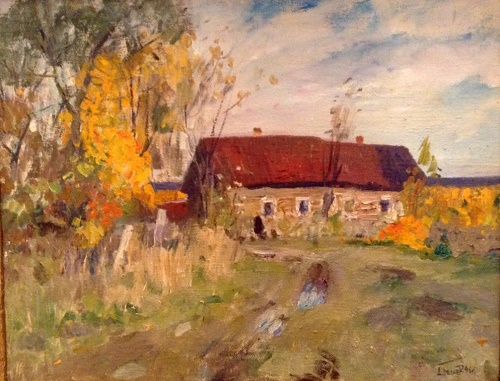 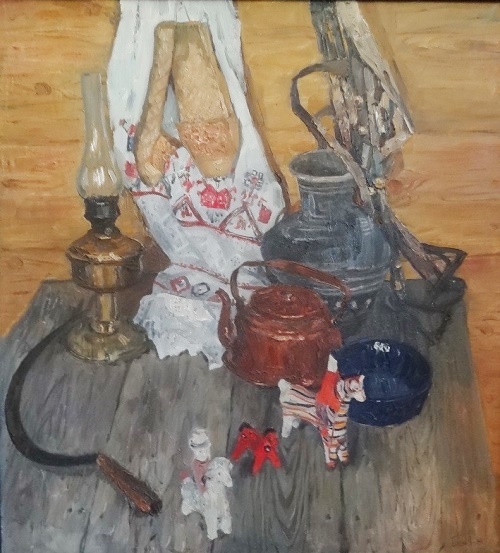 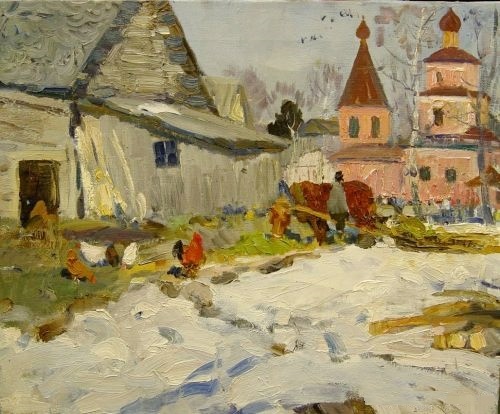 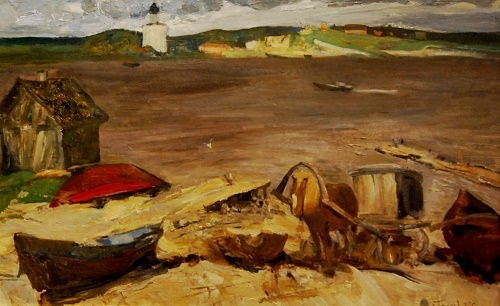 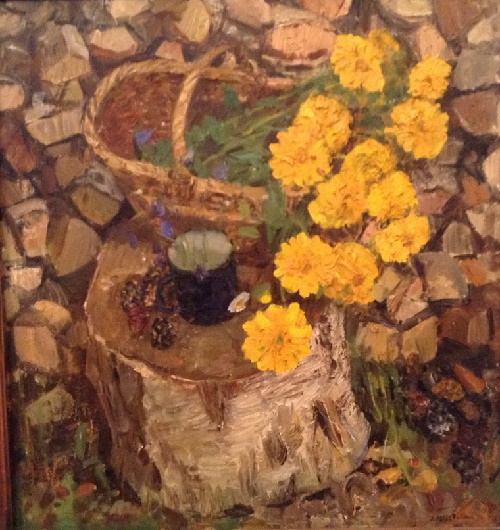