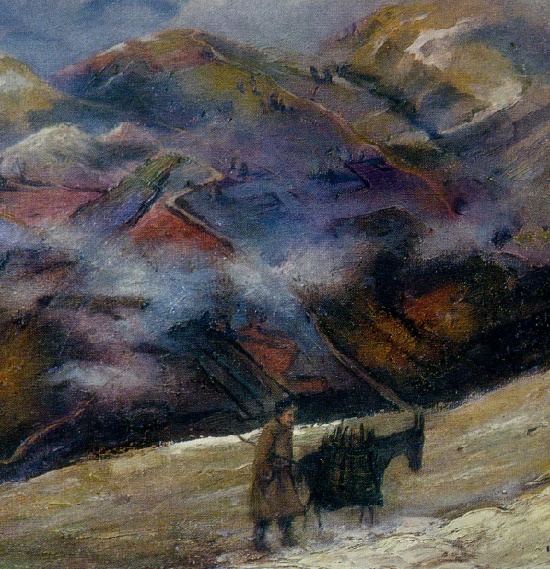 There are masters who impress us with their constancy, fidelity once and for the whole life. This is Elena Akhvlediani – People’s Artist of the Georgian SSR (1960). Her love is Georgia, but the main thing that the artist devotes her work to is the beauty of Tbilisi, not subject to the action of time and history, an eternally blossoming and young city. With what indefatigable perseverance Akhvlediani again and again repeats her favorite composition – sticking on the slope of the mountain and as if hanging over each other’s houses! Of course, this does not exhaust the plot of her paintings.

Akhvlediani portrays Georgian village (Imereti, 1968), mountain landscapes (“Cold Day”, 1960), genre scenes (“Alazani Valley”, 1954), traditional for Georgian painting scenes of old spree, taking place directly on nature, with toasts, songs, and dances. The invariance of the theme helps the artist from year to year to improve her skills, find new artistic solutions. Despite some influence of primitivism (especially in the early years of creativity), her painting is classical. This definition applies equally to the external formal side, and to the inner purity and harmony of the sensations, feelings and thoughts that bring us the art of Elena Akhvlediani. No wonder in her youth she was fond of the Renaissance and traveled through Italy and France. The classics of Akhvlediani got a sense of proportionality, harmony in the picture, an in-depth, philosophical-lyrical understanding of nature. 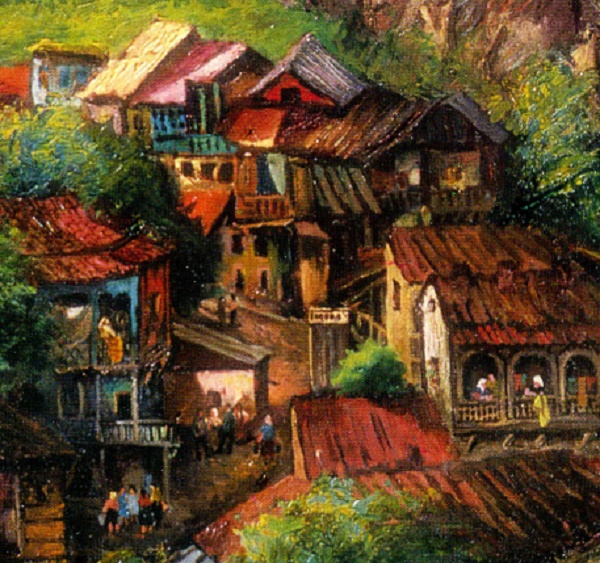 Among her works – Before the Storm (1970) – one of the many landscapes of Tbilisi. The picture is almost impassive: on its entire plane are scattered in disorder the houses with balconies and penthouses, from which the drying clothes are removed in a hurry. The figures of the fussing people are so insignificant and so harmoniously fit into the general landscape background, that only the name of the picture helps us to grasp the essence of what is happening. Her plot fades into the background, and the main thing is painting itself.

The bright haze of colors gives rise to a sense of eternity, the expression of smears – an endless movement of life, its continuous rebirth. Painting breaks the genre frames of the landscape, sounds like a hymn to the universe.

While still a student of the gymnasium, she began to seriously engage in painting, and in 1919 took part in an art exhibition in Tbilisi. In 1922 she entered the Tbilisi Academy of Arts. At the end of the first year as an academy scholarship was sent to Italy and France. She settled for several years in Paris, where from 1924 to 1927, was engaged in the free art academy of Colarossi. And all this time the main theme of creativity was Georgian landscapes. In 1927, returned to Georgia, she held solo exhibitions in Telavi, Tbilisi and Kutaisi. Soon, on the invitation from Kote Mardzhanishvili, she began to work at the Drama Theater in Kutaisi. After that she created sketches of scenery for numerous performances and theaters. 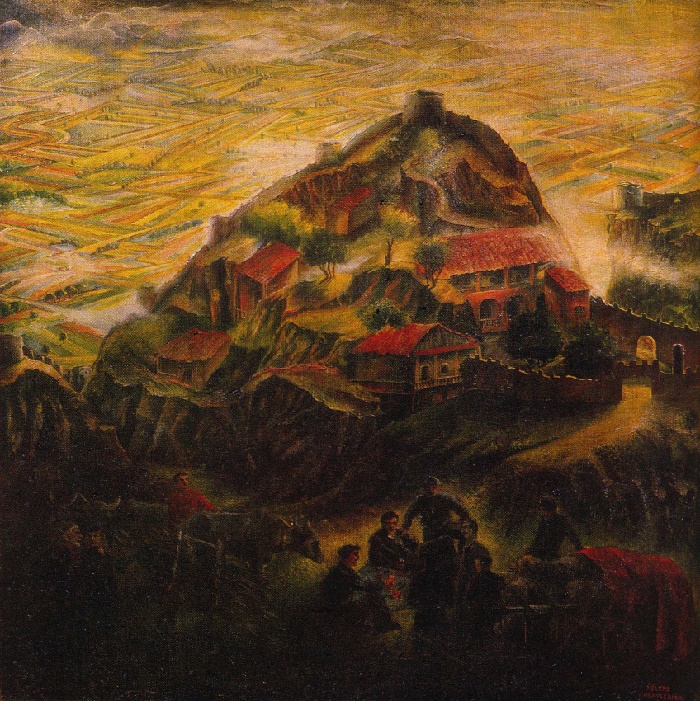 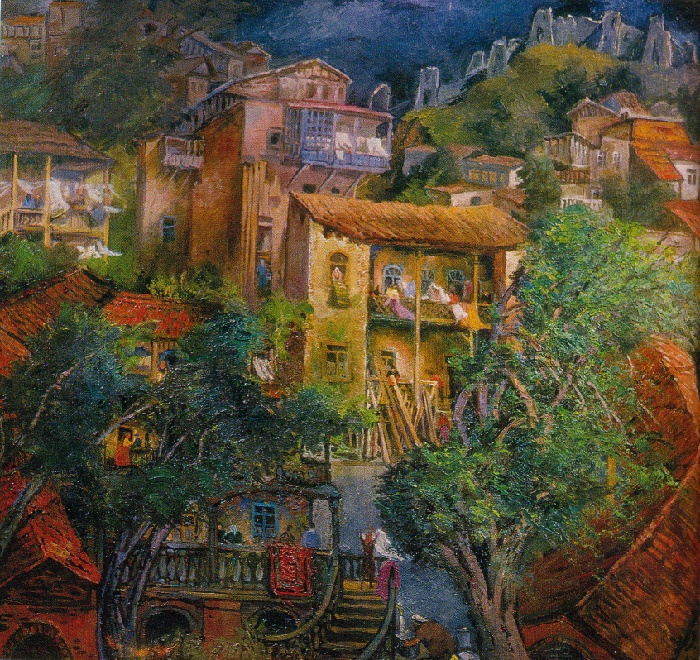 Before the thunderstorm. 1970. Oil, canvas 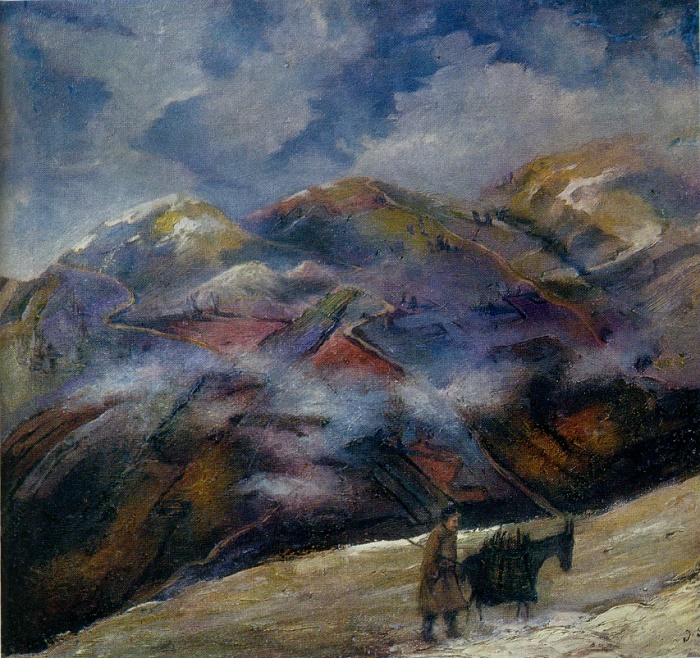 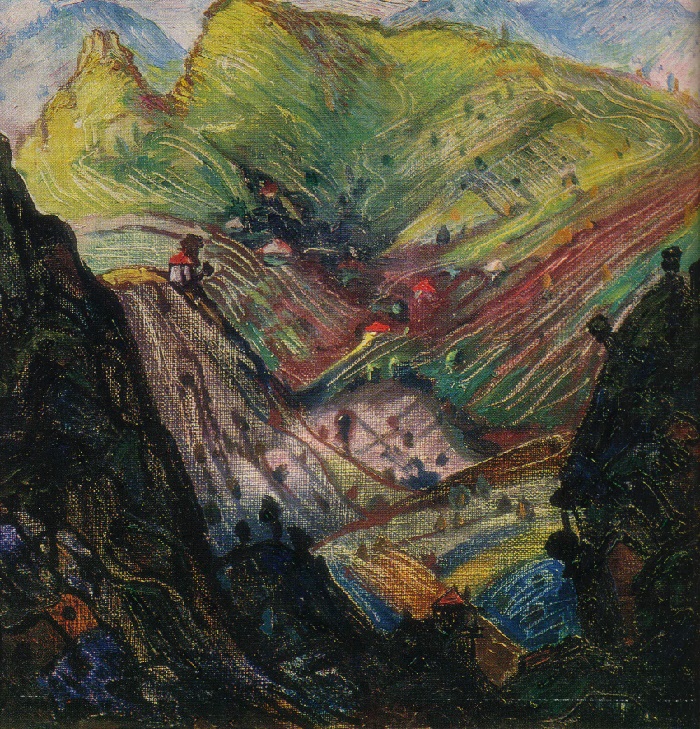 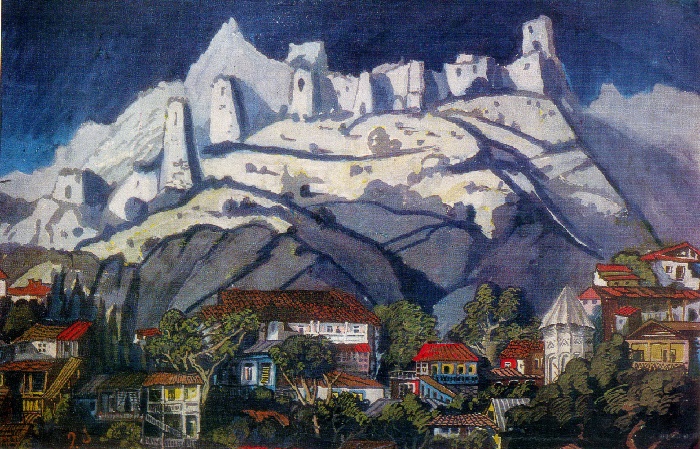 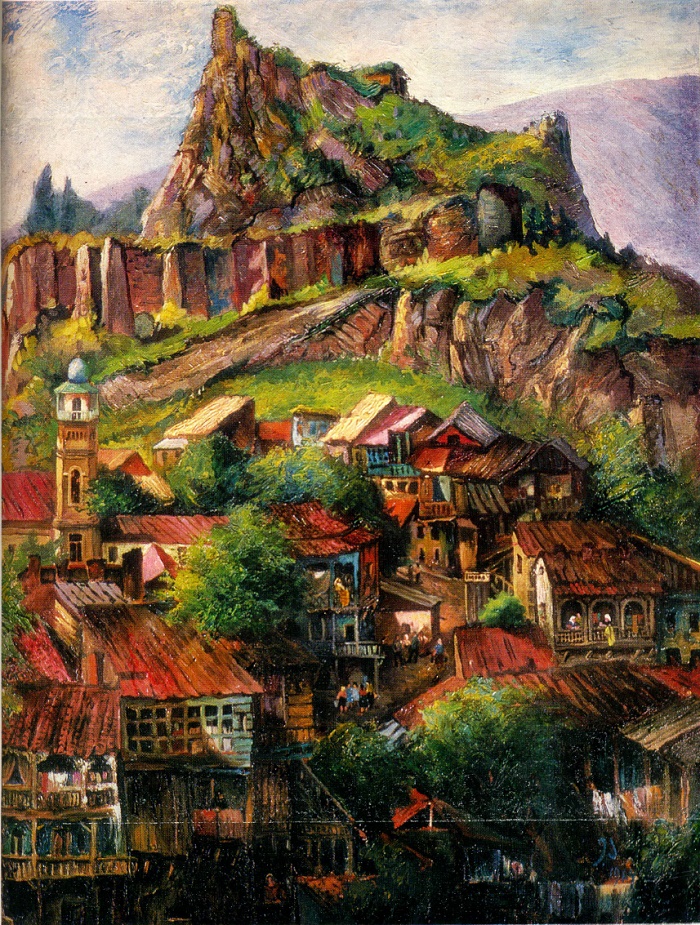 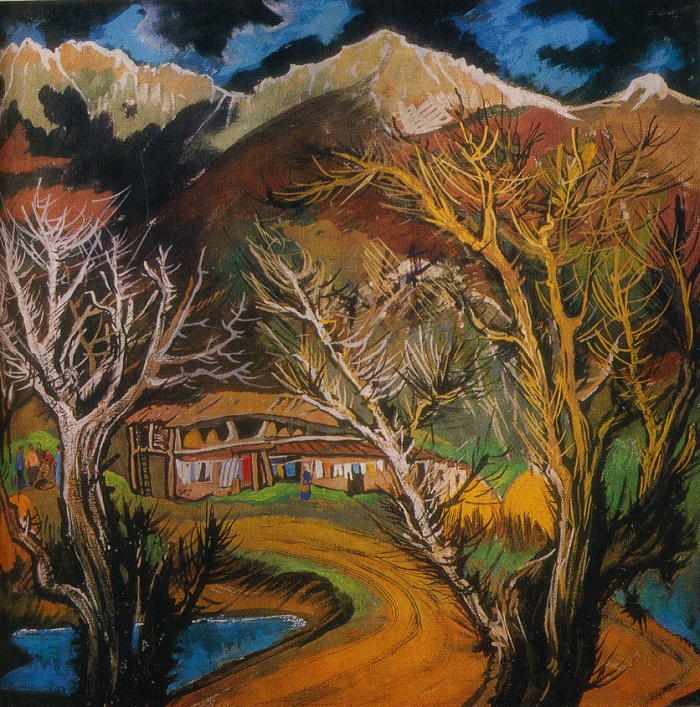 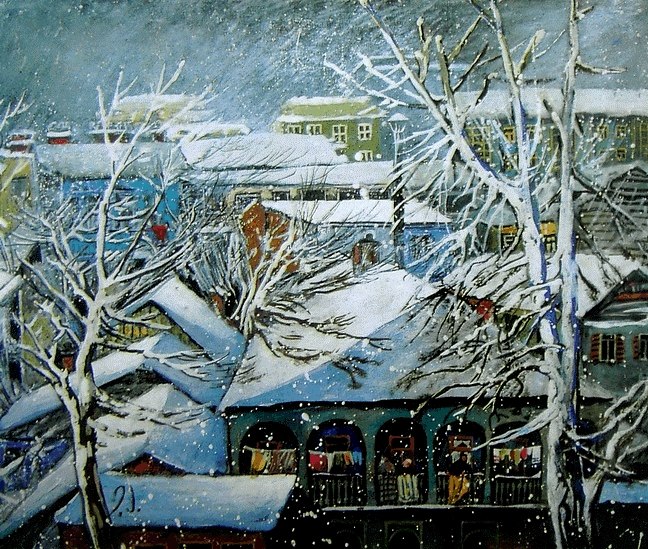 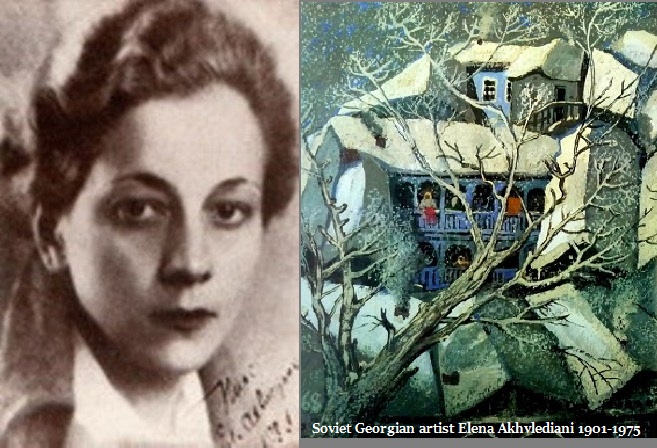 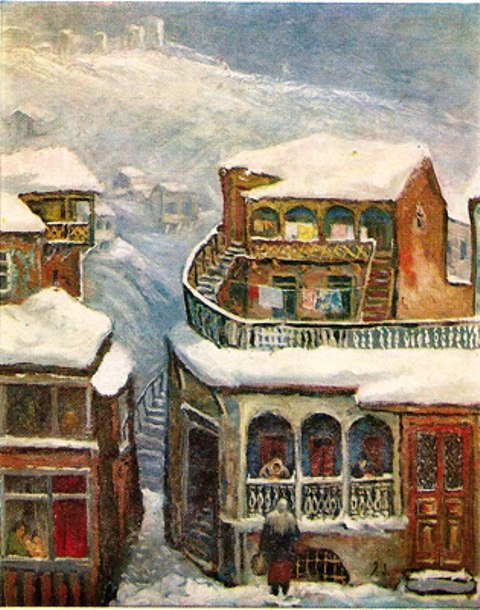 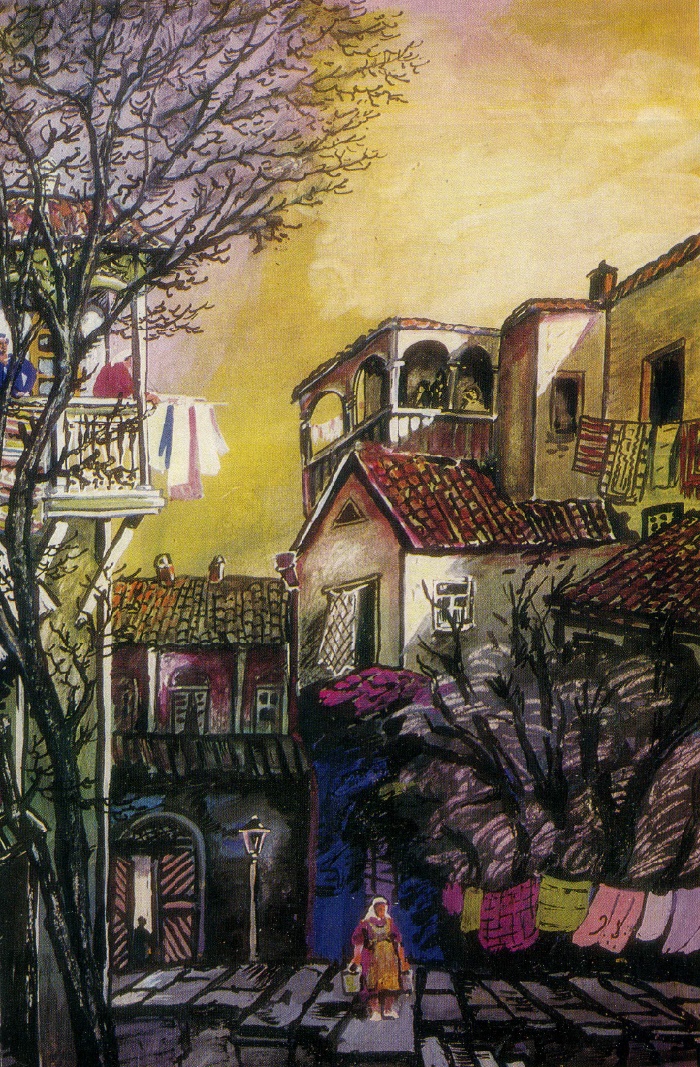 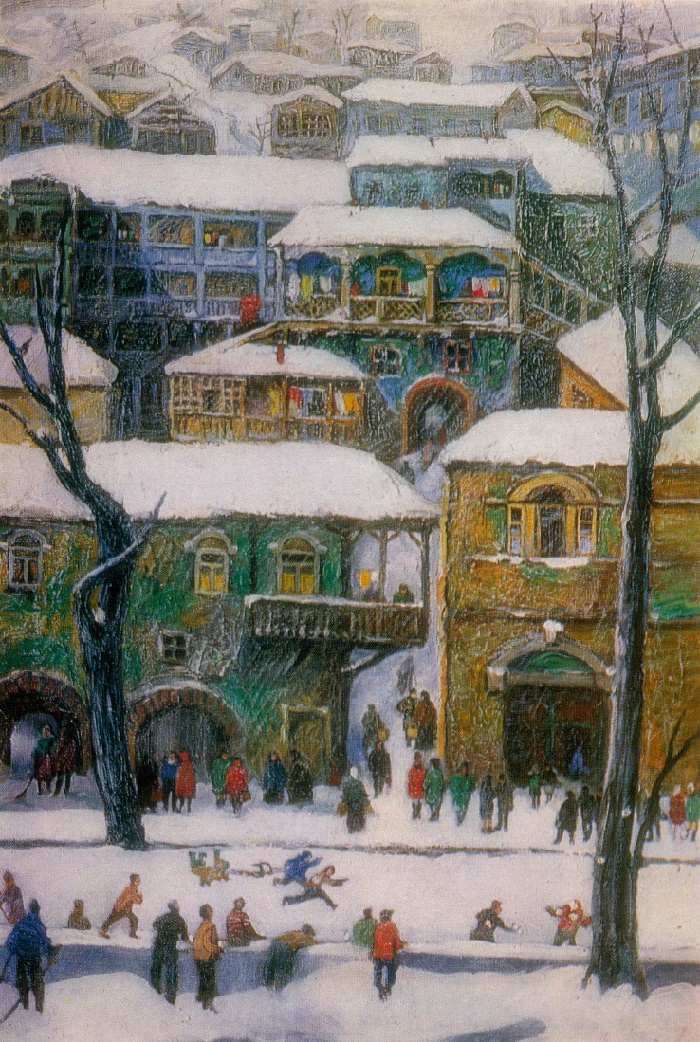 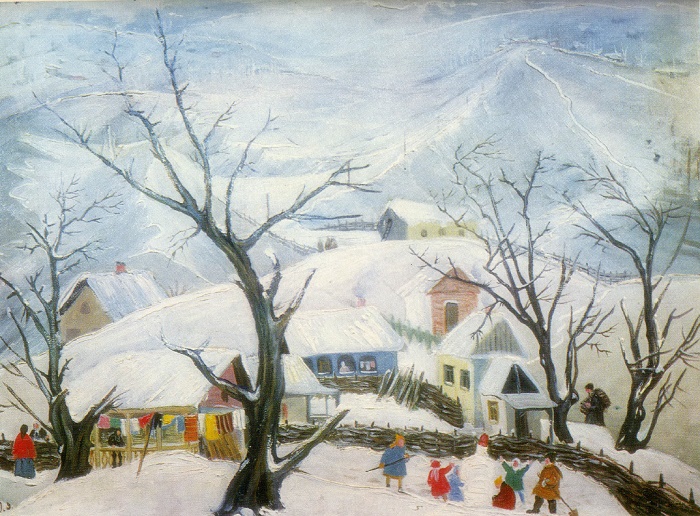