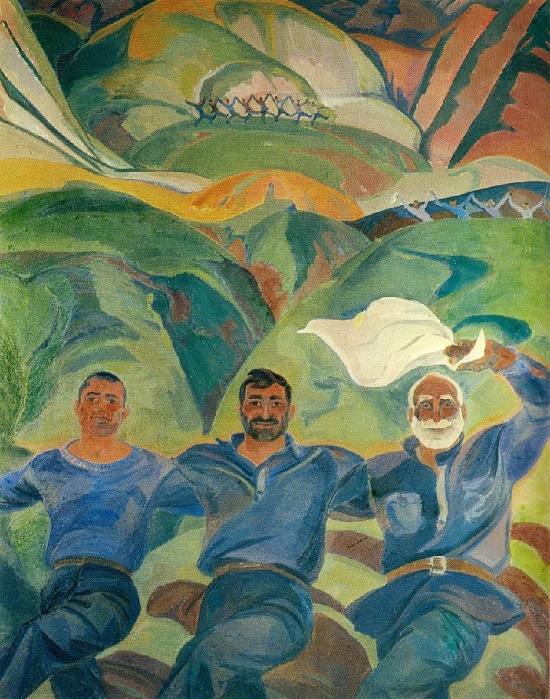 Folk dance Kochari. 1967. Oil on canvas. Directorate of exhibitions of the Union of Artists of the USSR. Soviet Armenian artist Nana Gyulikekhvyan

Soviet Armenian artist Nana Gyulikekhvyan
Member of the USSR Union of artists, Honored artist of Armenian SSR, Nana Gyulikekhvyan was born in Leninakan. She studied at the Yerevan Art College (1942-1947) and the Art and Theater Institute (1948-1953), workshops of M.A. Aslamazyan and B.A. Kolozyan. Participant of exhibitions since 1954, including the All-Union Art Exhibition to the 50th anniversary of the USSR in Moscow (1972). Her works are mostly in the Nikolaev Art Museum.
In her work she often refers to the images of simple rural workers, to their uneasy life. It is in them that she sees the manifestation of the true essence of the Armenian people and the true poetry of the Armenian land. The roots of her art go to the very depth of popular life. 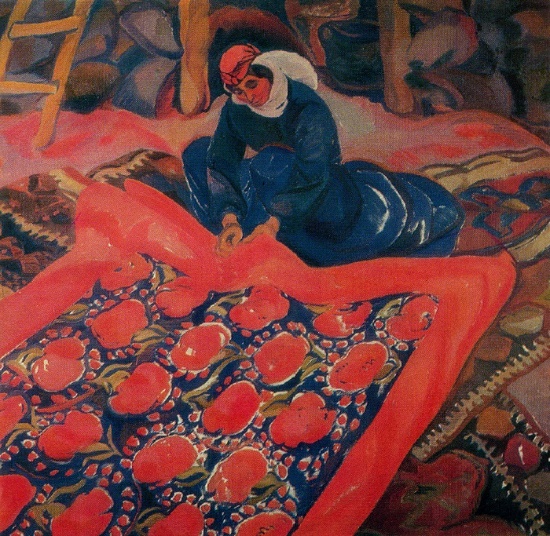 Mother. Oil on canvas. 1970. Directorate of exhibitions of the Union of Artists of the USSR

Pictures of Gyulikeshvans are truly national, filled with life-giving paints of mountains, forests and land. Expressive manner of painting, generality and brevity of images make the master’s works not just a mere imitation of folk art, but a modern, creative interpretation.

In the picture “Mother” (1970), an elderly woman, absorbed in her work, and her hands are in a swift motion, this rhythm has penetrated the whole figure. At the bottom of the picture – the carpet, born under the woman’s hands. It begins to live its life, breathe, with a restrained harsh beauty, symbolic of the very name of the picture. In front of us, not just the mother of a particular family, engaged in the usual business, but the Motherland, loving and beloved, creating good and beauty.

Meanwhile, the theme of female labor often attracts the artist. Here you can recall the painting “Threshing” (1970), in which burning colors and dynamics of movements create the real atmosphere of a rural courtyard, heated by the sun, fill with poetry the images of young women threshing the grain with wooden hammers.
Noteworthy is the painting “Baking lavash” (1971), where we become witnesses of the creative process that is taking place – golden bread born before our eyes. Tension, hieratic attitude of the young woman’s posture give the picture some symbolic meaning. It is the praise of human labor and creativity. Works of N. G. Gyulikehyan are distinguished by deep content and close connection with the life of the working people of Armenia. 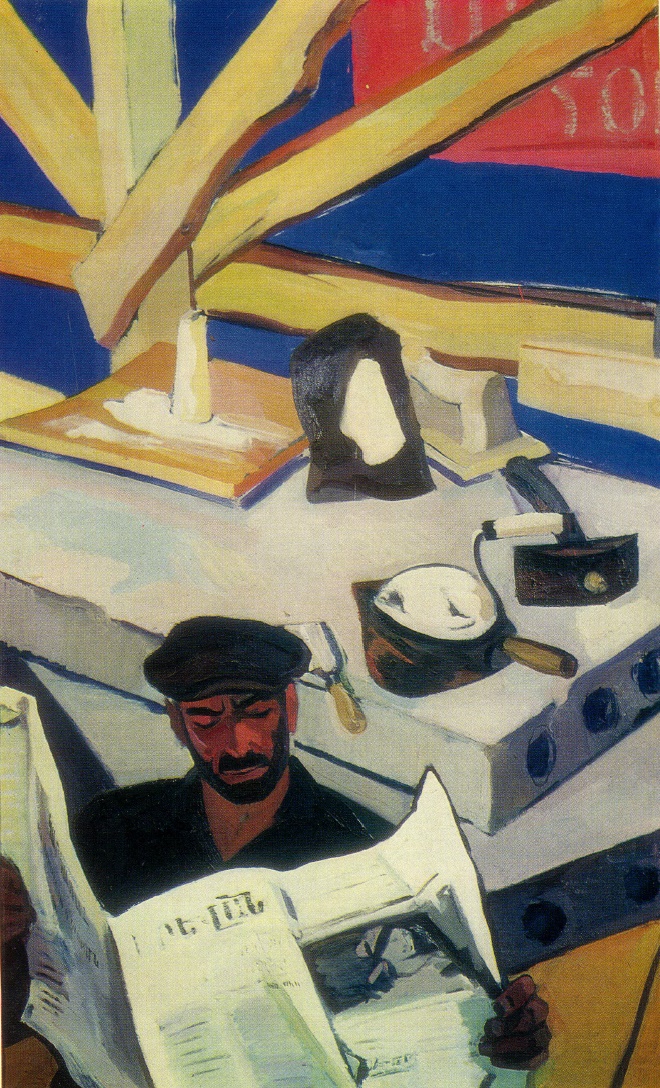 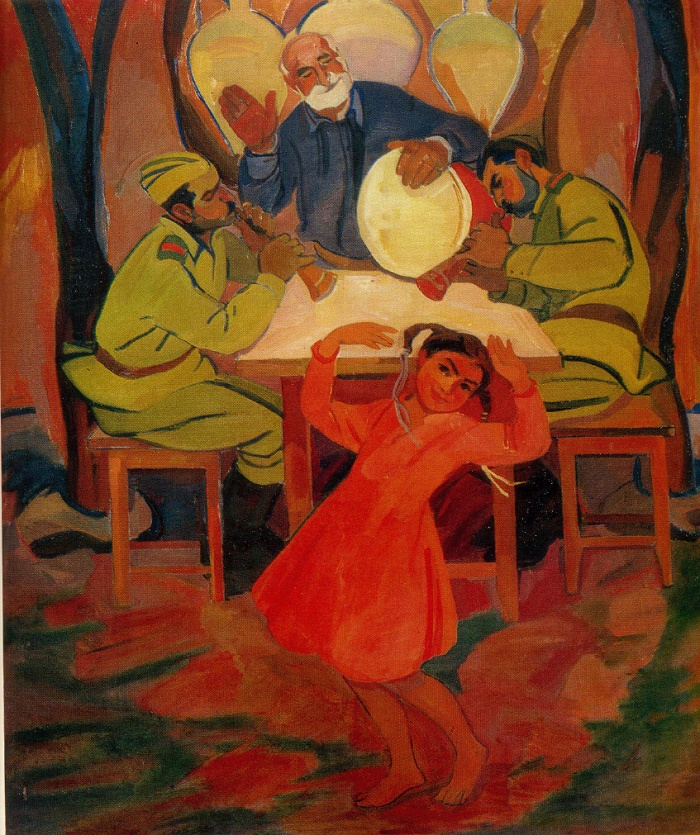 At home. Dance. 1964. Oil, canvas. State Museum of Arts of peoples of the East. Moscow 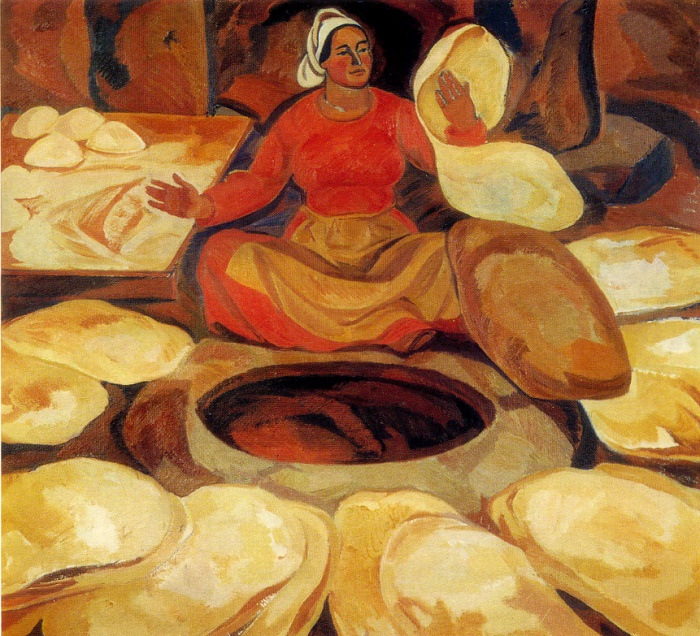 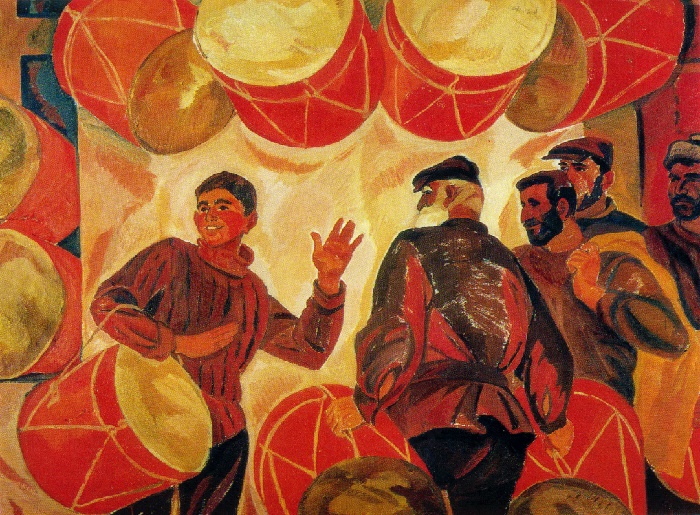 Choosing the drum. 1971. Oil on canvas. Directorate of exhibitions of the Union of Artists of the USSR 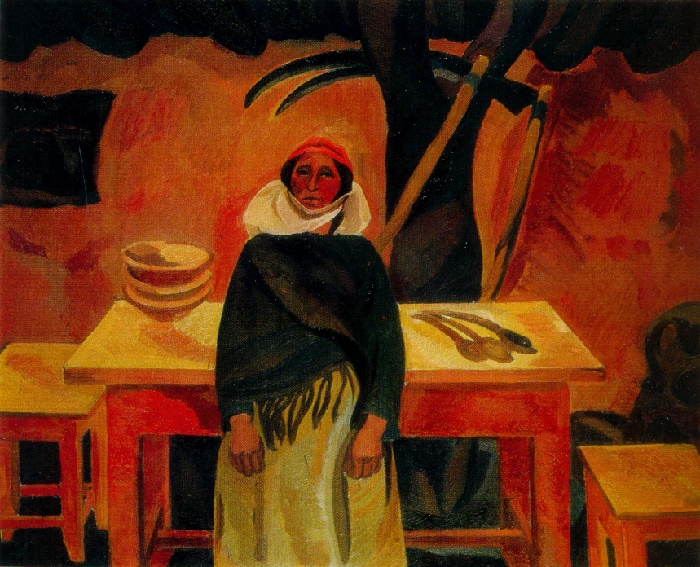 Evening. 1970. Oil on canvas. Directorate of exhibitions of the Union of Artists of the USSR. Moscow 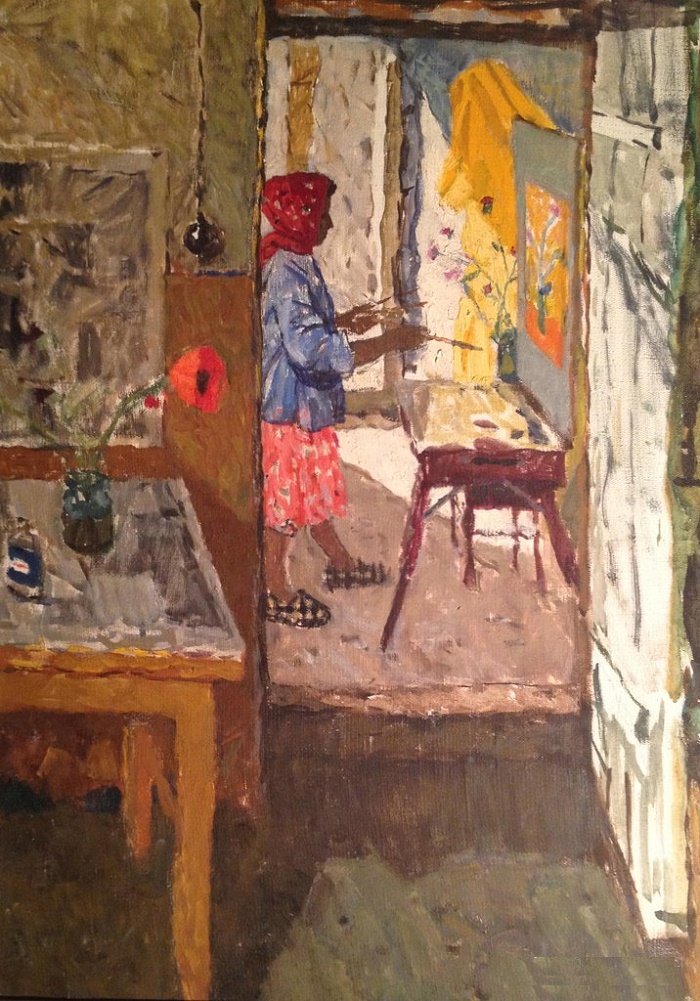 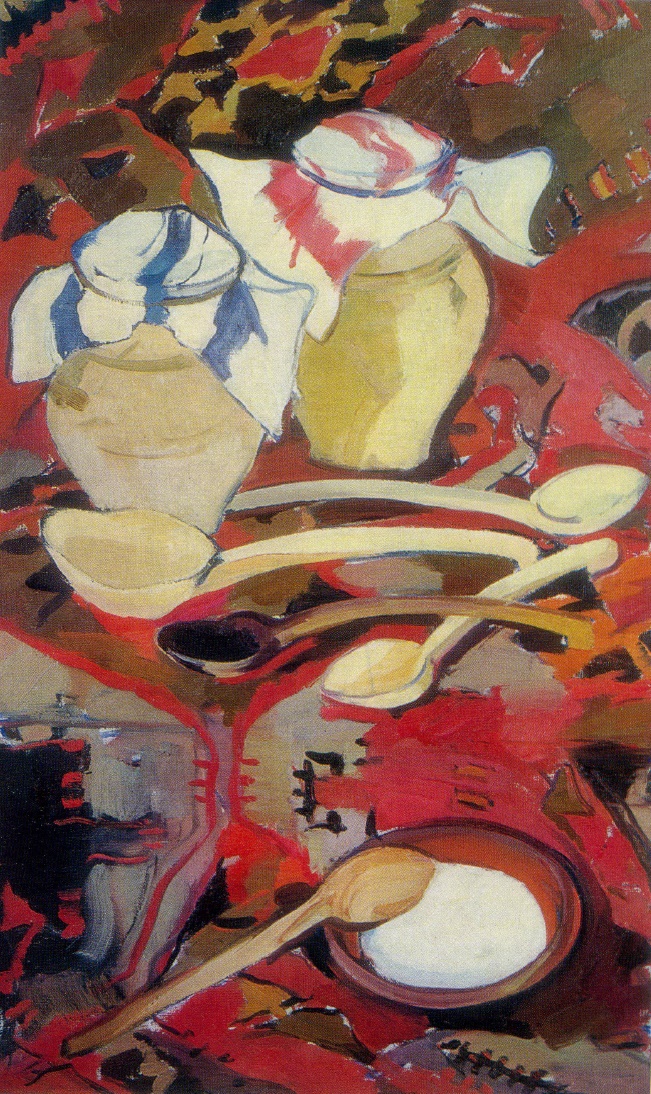 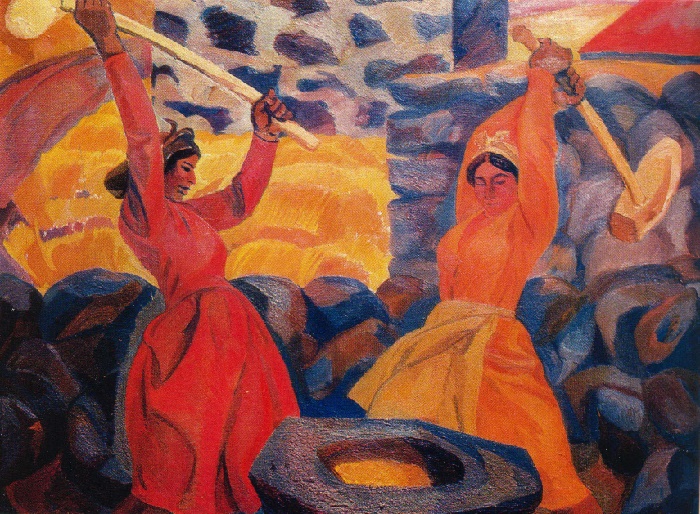