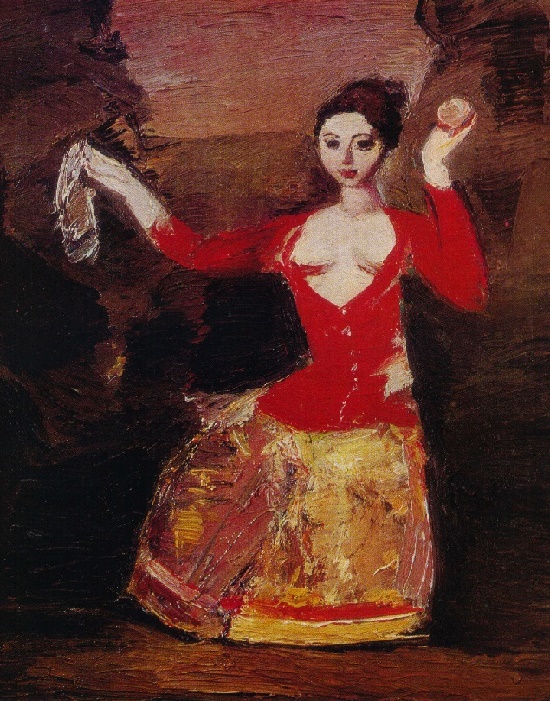 Soviet Armenian artist Alexander Bazhbeuk Melikyan
The small canvas “The magician” (1965) clearly manifests the coloristic mastery of the artist, his special festive attitude. Like a fairy, a young girl is preparing some kind of mysterious transformation. Femininity and grace are not only in the figure of the magician, but in the painting itself – in the noble harmony of the golden and red tones of the attire, in the overflows and flashes of the background.
Born in 1891 in Tiflis, Alexander Aleksandrovich Bazhbeuk-Malikyan died in 1966 in the same place. From 1904 to 1910 he studied at the school of painting and sculpture of the Caucasian Society for the Promotion of Fine Arts in Tiflis. Then in the studio of VN Mashkov in Moscow (1910 – 1911) and at the Academy of Fine Arts in Petersburg (1911-1913). The author of genre paintings, portraits, and landscapes, Melikyan found his subject early, which remained unchanged in all his further work. He sings of female beauty in portraits, circus scenes, in numerous “bathers”, “naked”, in compositions that do not have a certain plot (“Optical illusion”, “At the table with a dog”, “Four figures”). All these works each time in a new way discover the world of pure plastics and perfection. 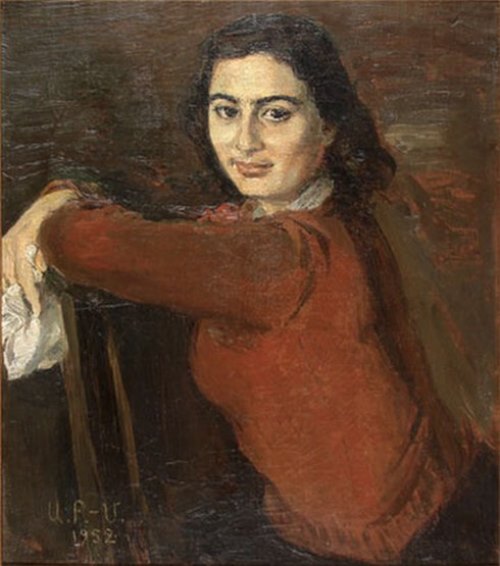 Painter and colorist of Armenian origin, he lived all his life in Tbilisi. He was not a chronicler of his beloved city, but his paintings are conveyed by the same Tiflis spirit, which has survived only in memoirs and works of art today. The artist lived in the heart of Tbilisi, but in a world created by himself, and he never fought with anyone. He did not impose his picturesque visions on anyone, but no one could escape the influence of the Master who created his magic theater of happiness and beauty. His house, like a magnet, attracted artists and poets. He never took anything, did not ask, only gave, gave everything himself, everything that was given to him by the Most High.

Initially, he gravitated toward the poetics of symbolism. At the same time, as an artist, he was inspired not primarily by contemporaries, but by classics: old Venetian masters, and Flemish painters. In the most characteristic of his works there are no male figures, everything is subordinated to the theme of “eternal femininity”, full of romantic charm.
The artist of an amazing talent, he left behind unique canvases, saturated with unfading beauty. The illumination of the figures is arbitrary, and the light source is unknown. It creates the impression of an extraordinary “self-illumination” and fantastic unreality. 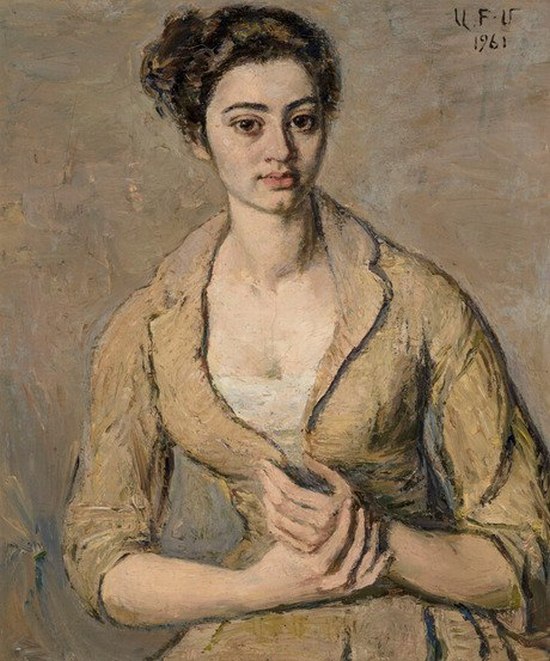 “Unexpected joy” – wrote about his first exhibition in 1919 Lilya Brik. Just two words – and then another hand: “Among all the deviations to stand, stay steady! I would buy the weakest of the paintings, I do not encroach on the best – they have a place in the Tretyakov Gallery.”
His compositions are like a wonderful dream. Fantasy sparkled, spilled, rushed, filled the dream with a mysterious gloom and radiant light, the eternal charm of female beauty. And he did not know the repetition.
Melikyan was a strict judge of his own art, as a result of which, he himself destroyed about a thousand of his works. Fortunately, about two hundred works remained. 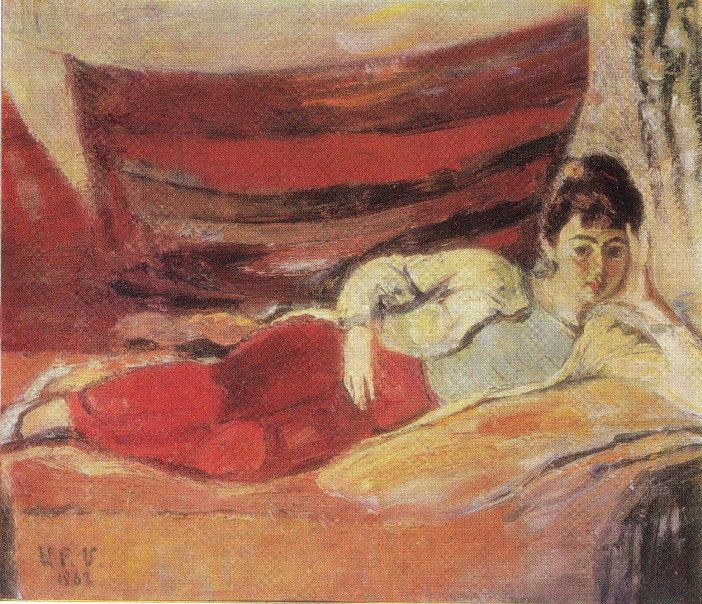 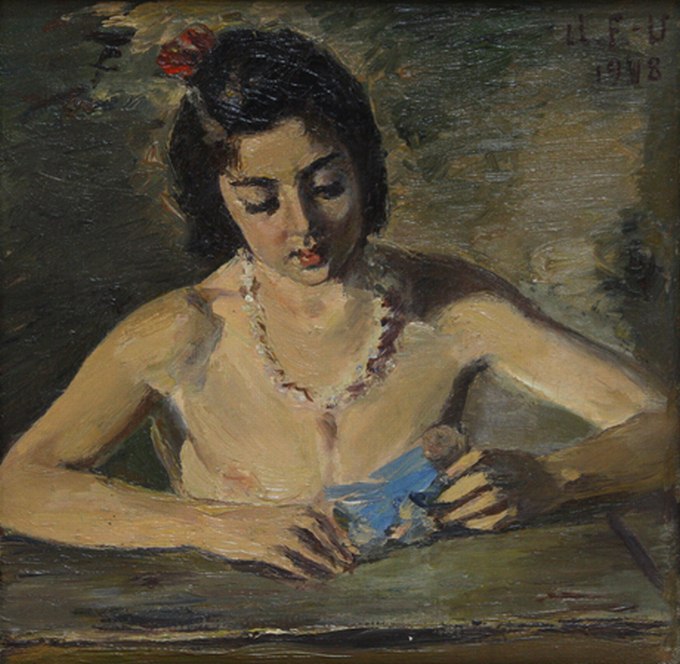 A girl in a necklace 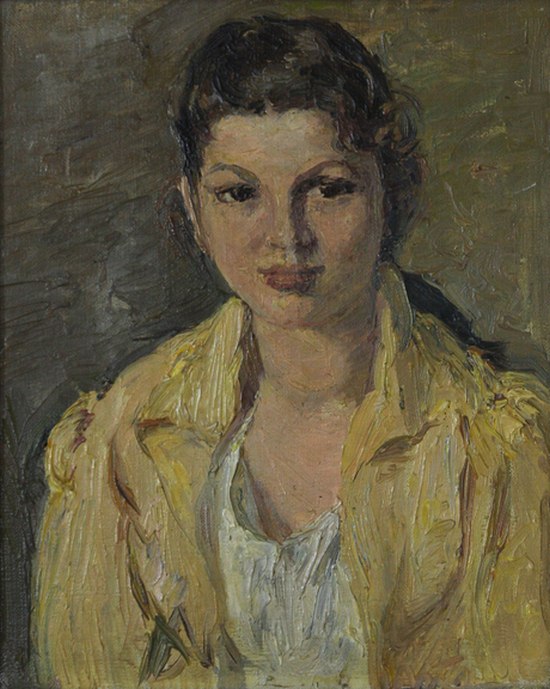 A girl in a yellow jacket 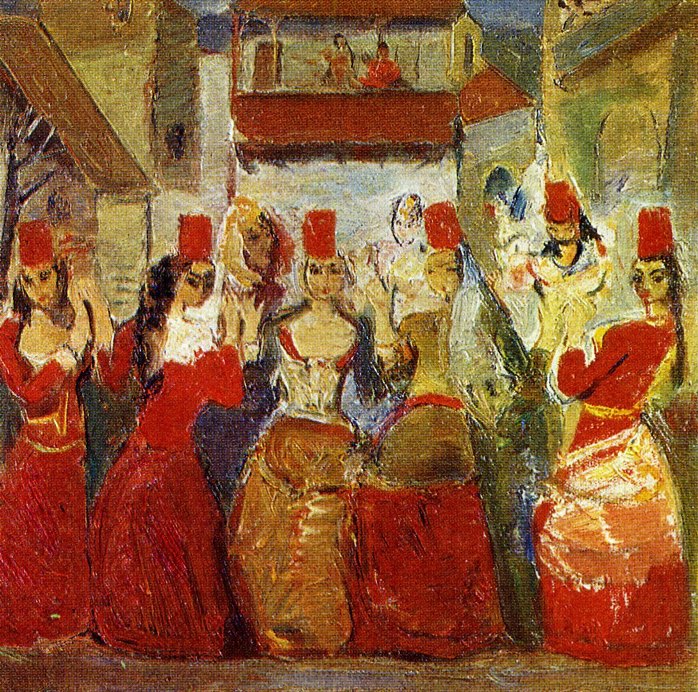 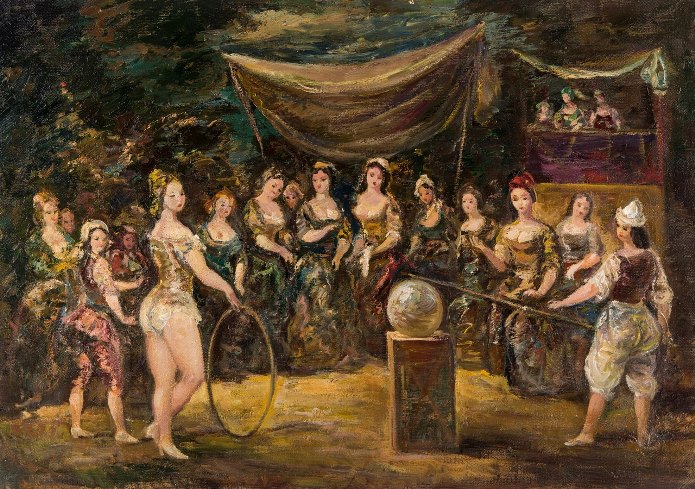 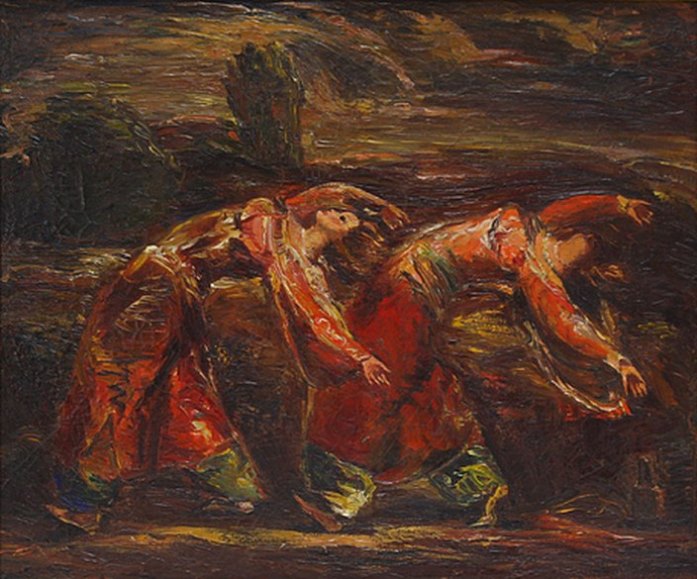 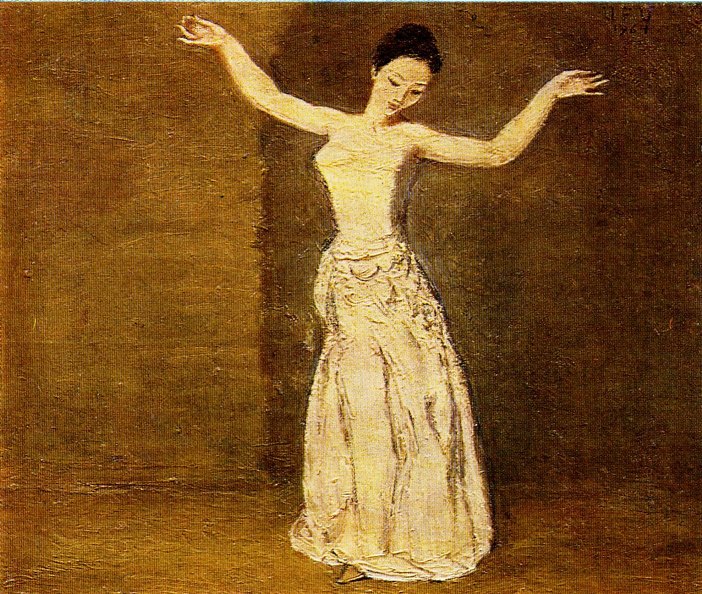 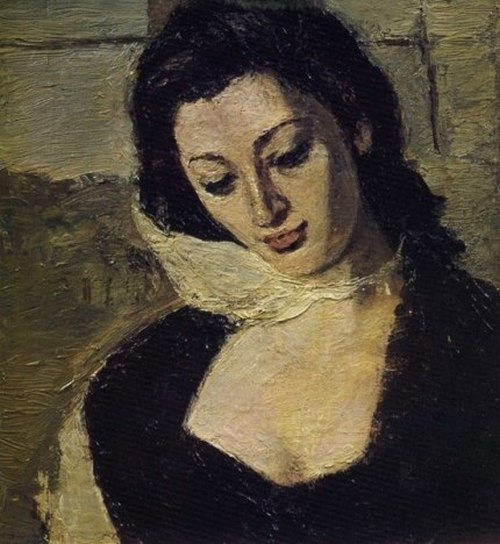 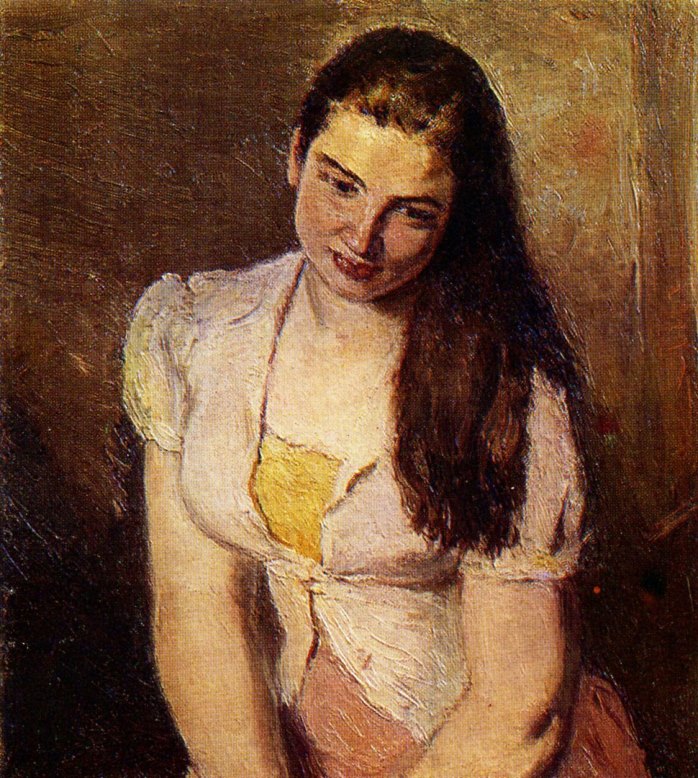 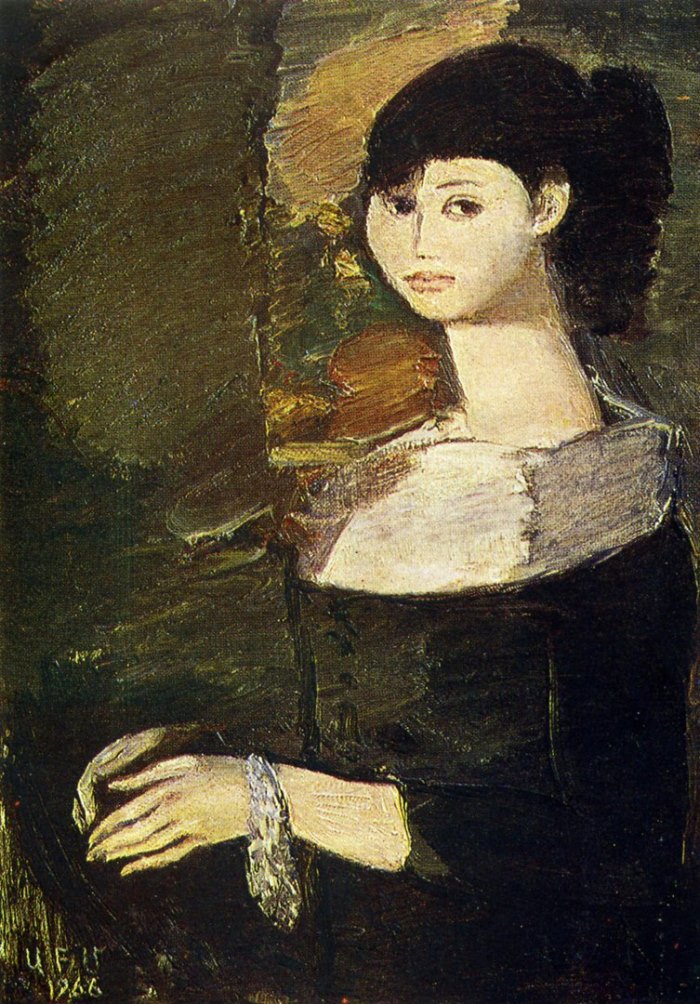 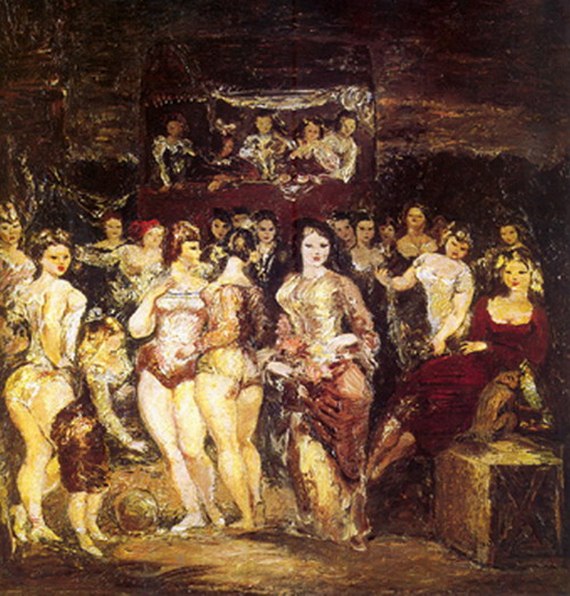 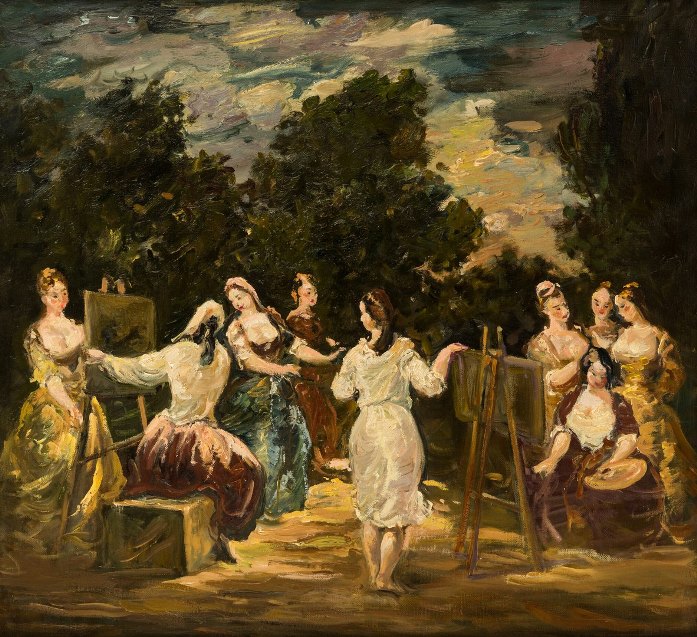 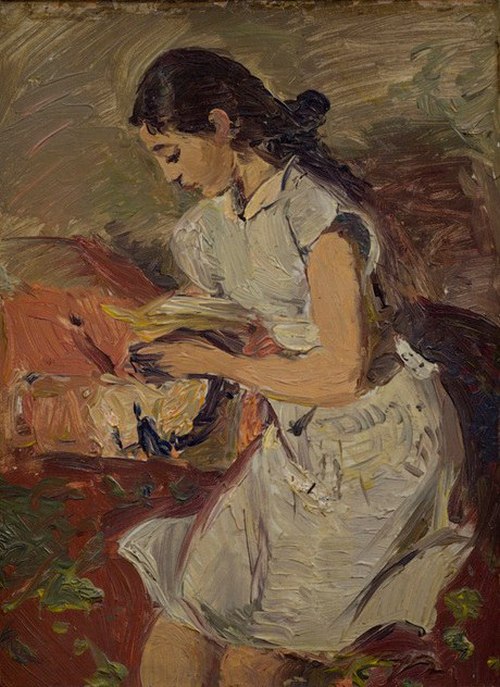 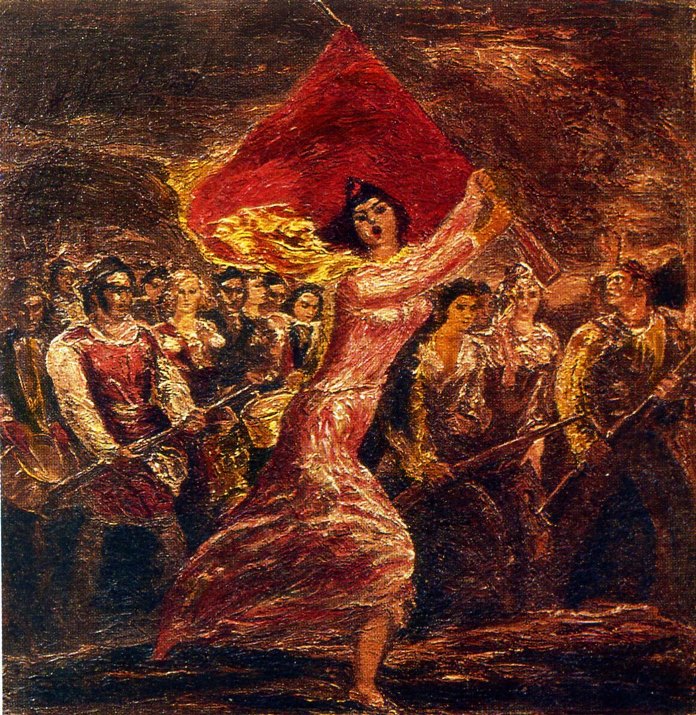 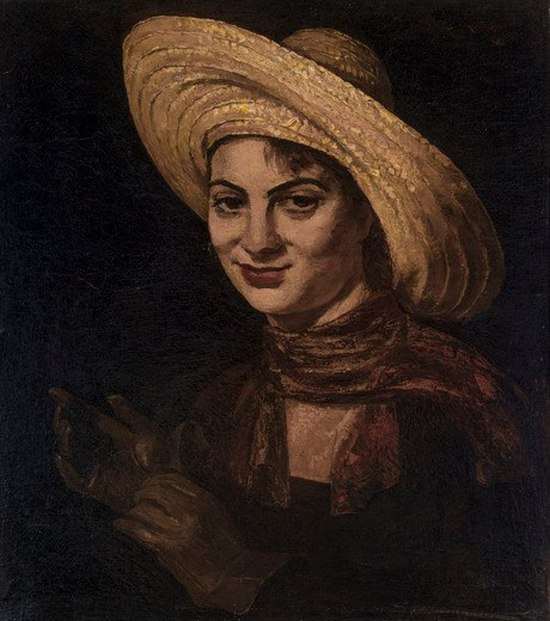 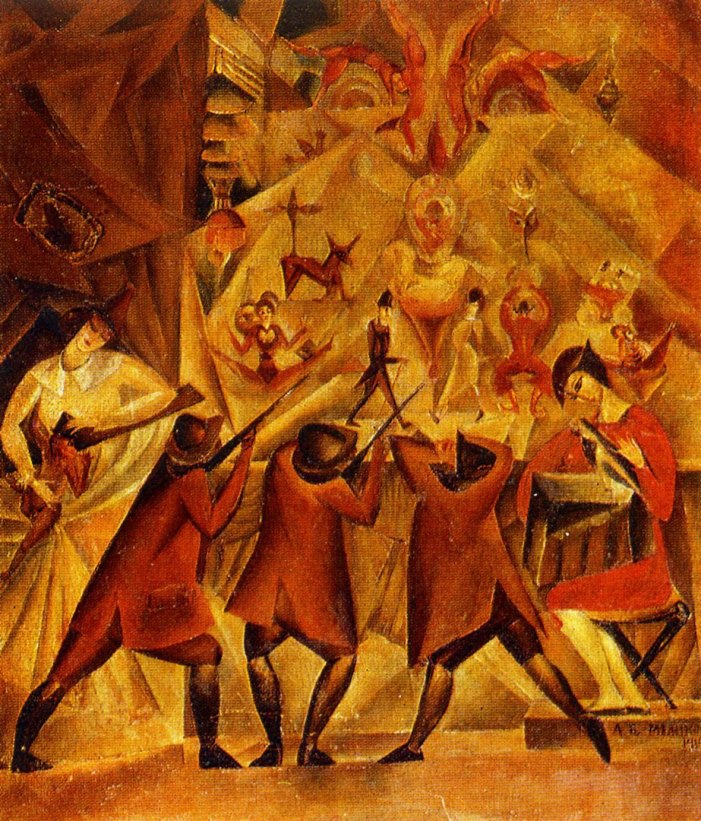 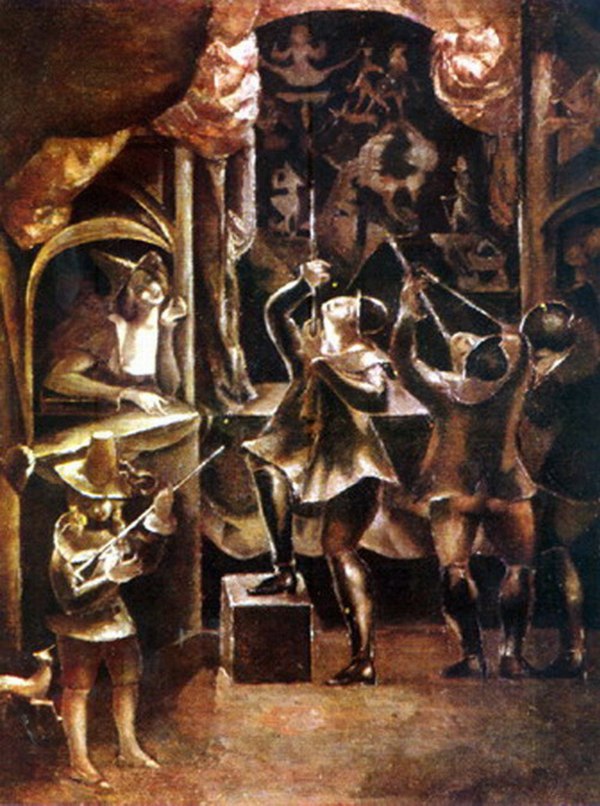 Woman in a red dress 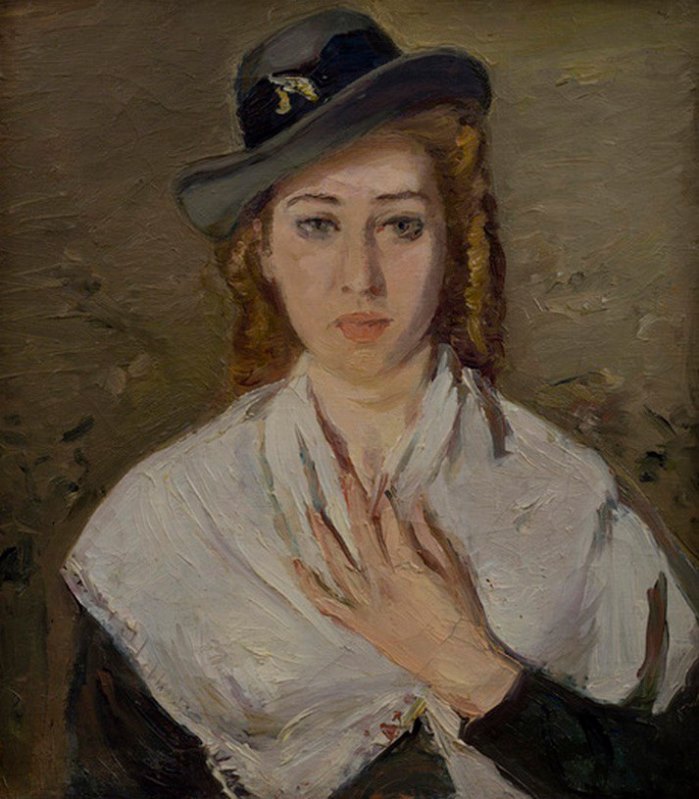 Woman in a white kerchief 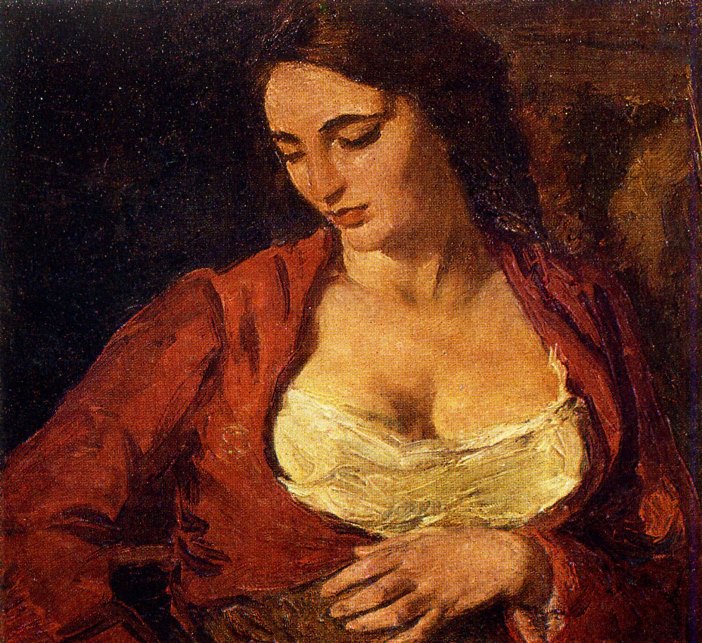