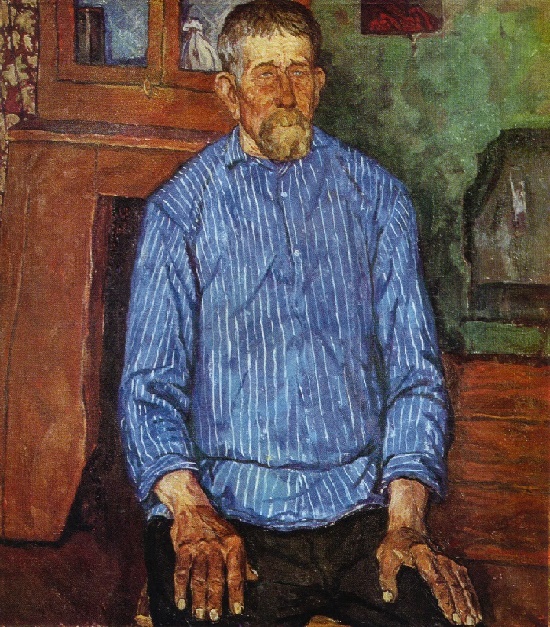 Soviet artist Igor Aleksandrovich Popov
Honored Artist of the RSFSR, Igor Aleksandrovich Popov was born in 1927 in Kharkov. In 1951 he graduated from the Moscow State Art Institute named after VI Surikov, the workshop of S.V. Gerasimov. He lived and worked in Moscow, and was a chairman of the board of the Moscow organization of the Union of Artists of the RSFSR.
The portrait of Aleksandrov Alexander Martynovich (1966) shows the figurative characterization of the hero, a reasonable, calm, confident man. And the composition itself emphasizes his human significance and strength – a large, as close to the viewer as possible, as if the picture space is not enough for this man. Thick, powerful paints also help to reveal the uniqueness and integrity of his nature. 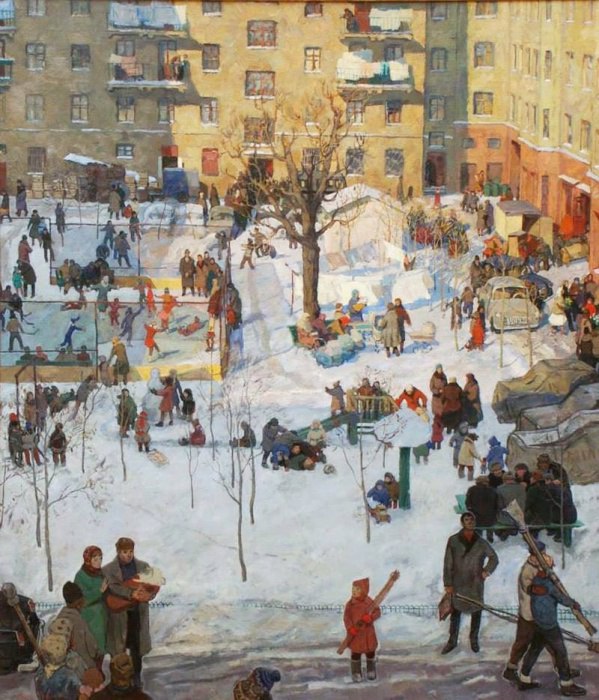 He worked a lot on images of landscapes, which show a delicate comprehension of nature, created genre scenes from the life of provincial towns of Russia, and painted portraits of ordinary people. The picturesque language of I. Popov is precise, strict and clear. Consistently, purposefully, he creates his panorama of life, which includes the northern villages, and ancient monuments of architecture, children’s games in Moscow courtyards, scenes in the metro or in the artist’s studio. 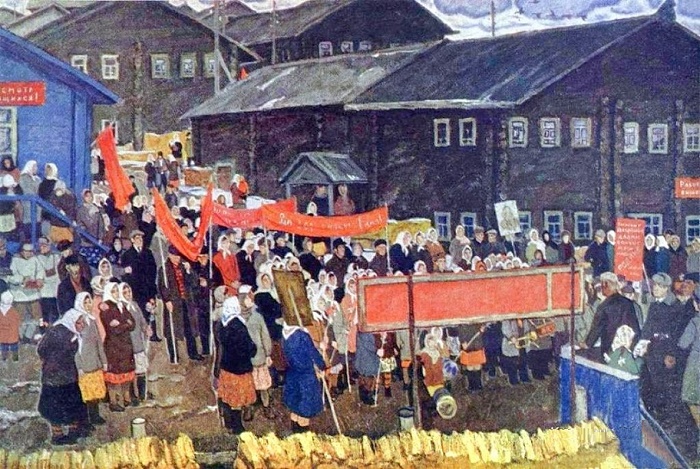 1st of May in the Northern village 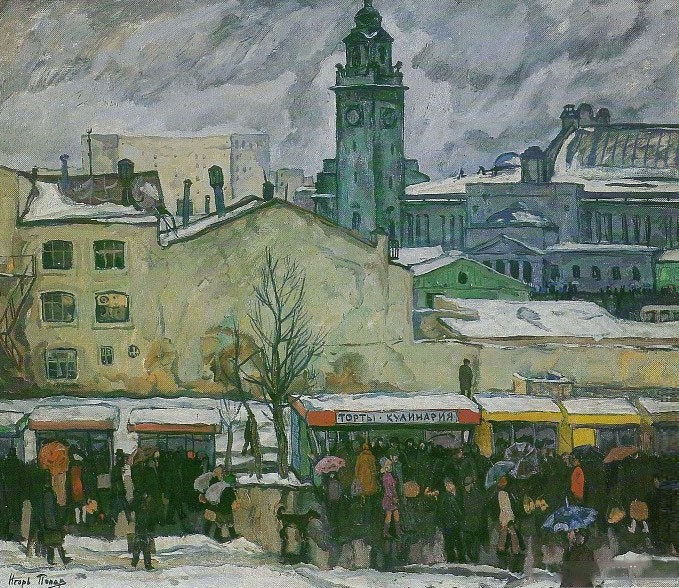 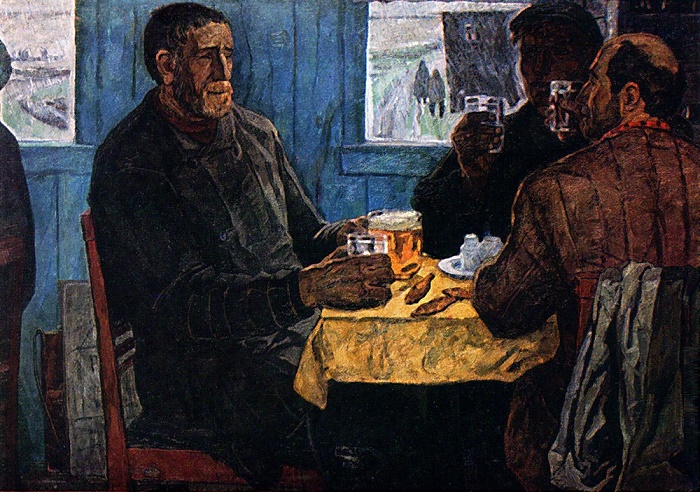 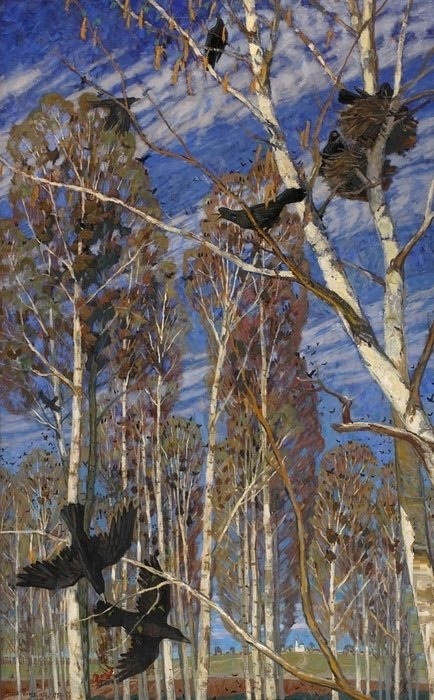 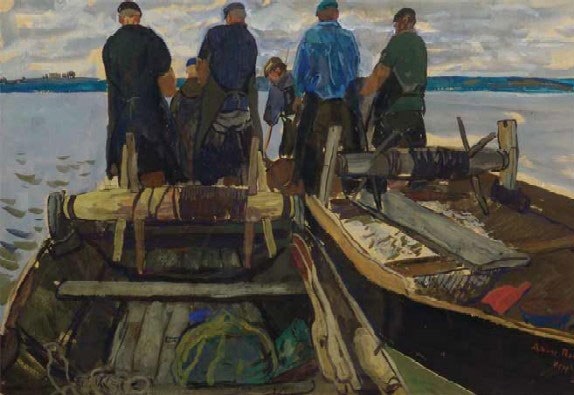 Flooding. From the series ‘North’ 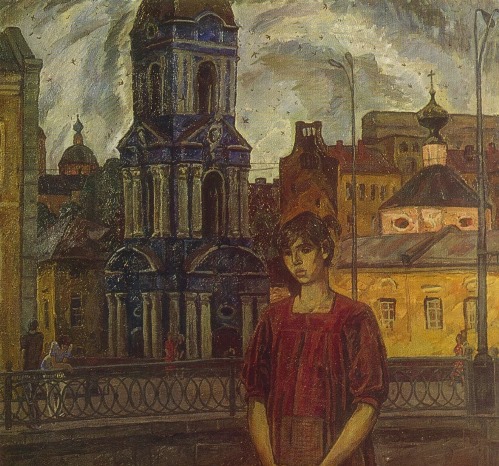 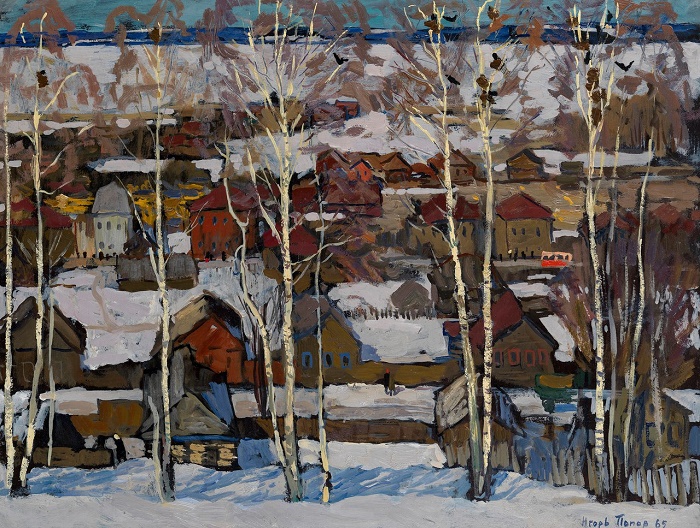 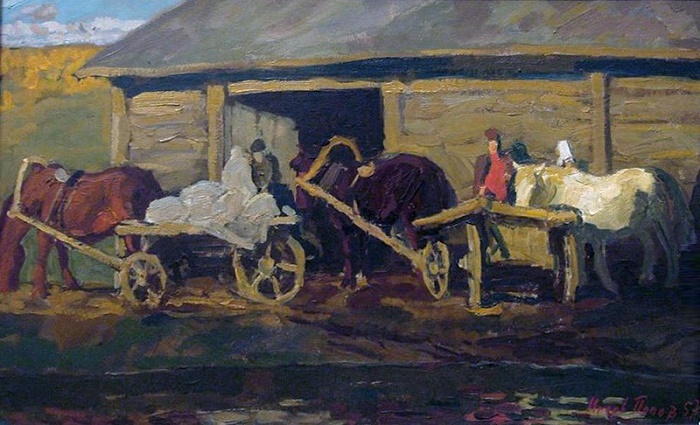 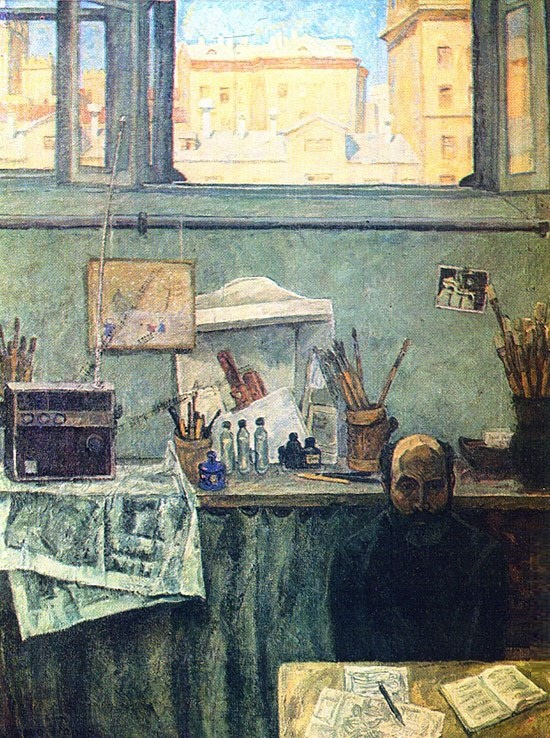 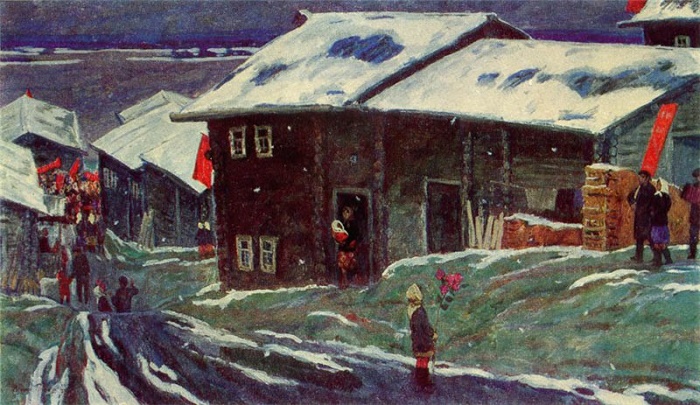 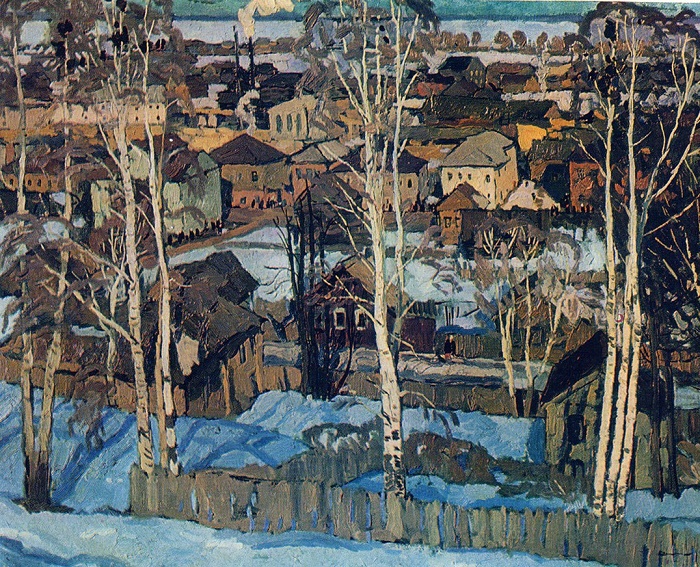 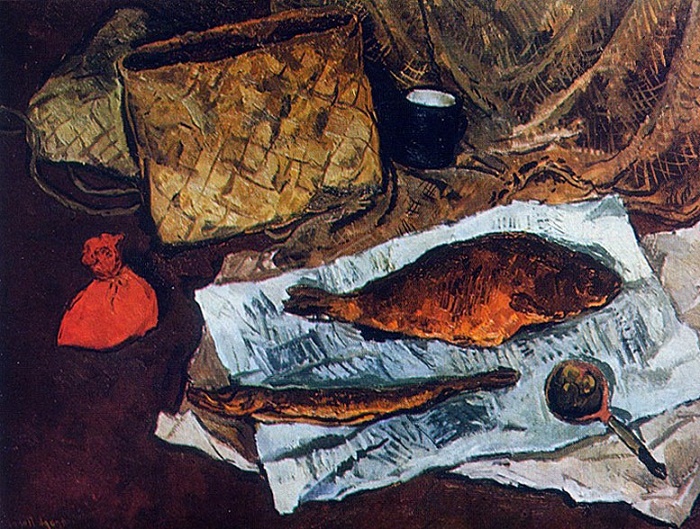 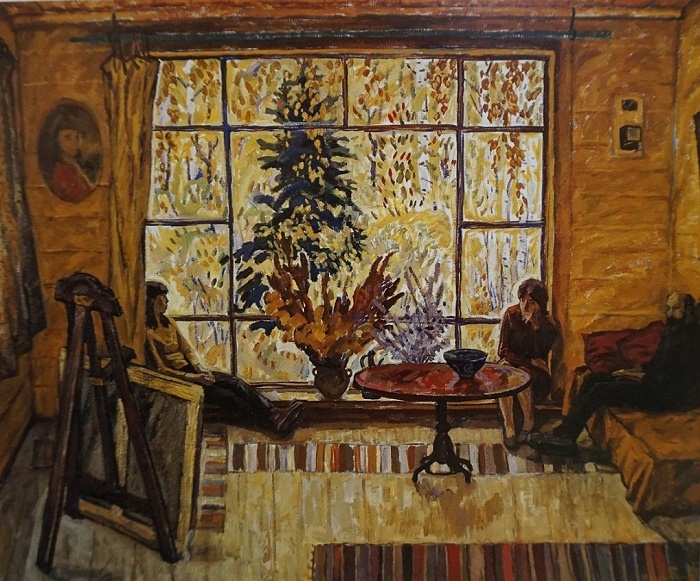