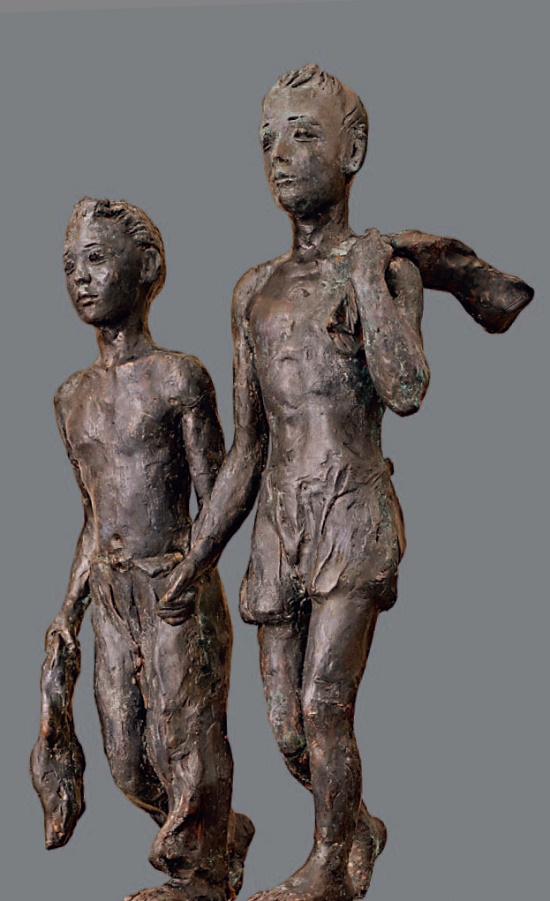 Soviet sculptor Alexandr Deineka
In addition to painting, monumental works, mosaics and decorative-applied art, Deineka is a well known as a sculptor. Today, one can not say definitely about the reasons, or the exact time of Deineka’s conversion to sculpture. Except for a brief episode of the first years of his artistic biography, when in 1920 in Kursk, at an emergency meeting of teachers at the Proletarian Art Studio, it was decided that in addition to Deineka’s painting classes, he would lead a course in sculpture. However, there is no evidence that in 1920 – 1930s, the artist showed interest in this art form. In exhibition catalogs, the artist invariably dated his first sculptures in 1939.
In any case, it is interesting to note that in the late 1930s the artist was fond of the idea of ​​three-dimensional space in art, that is, just at a time when the reaction to the appearance of his new monumental works is by no means always positive. 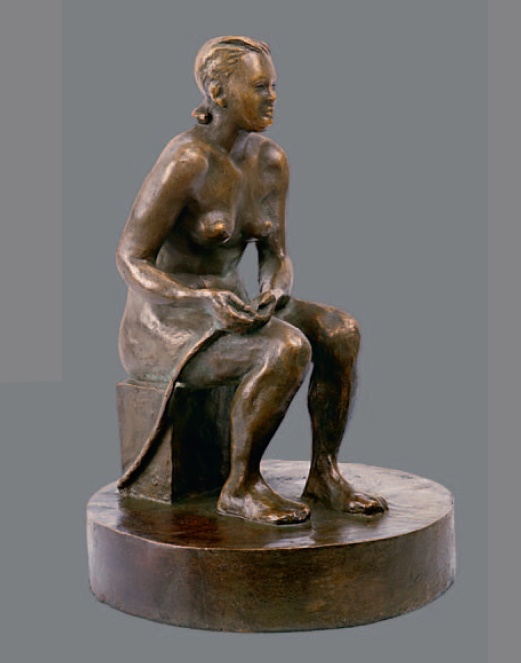 Noteworthy, Deineka begins his journey in sculpture not as a student, he immediately sets before himself complex, sometimes experimental tasks, trying to find new plastic and compositional moves (“The boy jumping into the water”, “Hopak”, “Goalkeeper”). Deineka’s pre-war sculptures are characterized by peculiar roll-calls with what he did in other forms of art. Particularly, from the magazine graphics came the images of the “Old Woman”, and the boy jumping into the water, from painting – “Goalkeeper” and “Portrait of SIL”.

Post-war Deineka’s plastic work seems more motivated – at this time he headed the Department of Sculpture of the Institute.Meanwhile, some of the works of the mid-1940s and early 1950s may have something to do with the teaching process. Many of them can are plastic sketches, in which the artist develops motion problems and compositional tasks of desktop single-figure and two-figure sculptures.

Fragment of the exposition of the personal exhibition of AA. Deineka in 1957 in Moscow with the sculpture ‘Goalkeeper’

Fragment of the exposition of the personal exhibition of AA. Deineka in 1957 in Moscow with the sculpture ‘The Old Woman’

On holiday with a basket of flowers. 1945. Relief. Ceramics, author’s installation on gypsum base

On the stage. 1948. Gilded terracotta