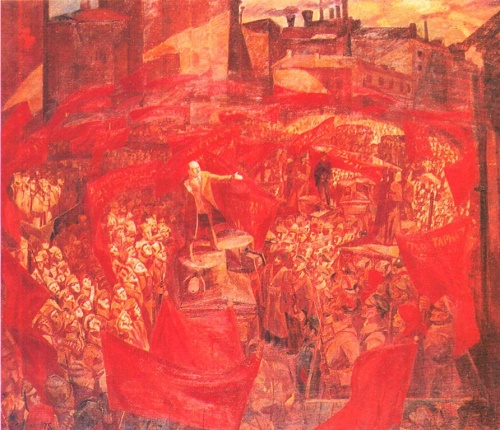 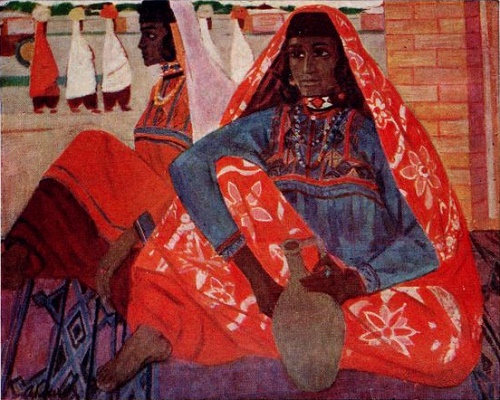 In 1947-53 he studied at the Institute of Painting, Sculpture and Architecture named after IE Repin of Academy of Arts of the USSR, in the national studio for gifted creative youth from Central Asia. His teachers were prominent Soviet artists AM Gerasimov, BV Ioganson, UM Neprintsev, and IA Serebryany. He created his thesis “The Karakum desert” in the workshop of Ioganson. The work was exhibited at the All-Union Art Exhibition (1954).

Since 1953, Izzat Klychev – a constant participant of the major regional, All Union and International exhibitions. His solo exhibitions took place in Moscow, Ashgabat, and in many countries around the world.

In 1953-54 he taught at the Turkmen Art College of Rustaveli (Ashgabat). In the 1962-65, 1970-76, 1982 – Chairman of the Union of Artists of the Turkmen SSR. Then a graduate student in the creative workshop of academician AM Gerasimov, in 1957 he painted a historical canvas “For the best life (Against the invaders)” – the first monumental picture of the historical genre in the history of Turkmen fine arts.

One of the features of his work – a harmonious perception of other cultures. Klychev traveled abroad and created a number of series, which is multifaceted and subtly conveys the spirit and identity of the country and its people: Egypt (1966), Italy (1969, 1981), Cuba (1971), Bulgaria (1976), Ethiopia (1973), Angola (1978), and others. They revealed the gift of exceptional landscape painter.

The most intense color in his works – red. The paintings were exhibited in major galleries around the world, from USA to Japan. His personal exhibitions were held in Azerbaijan, England, Germany, Italy, Poland, Russia, and Estonia. In the last 3 years of his life he worked on the historical painting, tragic events dedicated to Turkmen history – the seizure by the troops of General Skobelev Geokdepe fortress. Starting his way in art with historical paintings, he wanted to complete his complex philosophical parable.

Tomorrow is the holiday

Turkmen woman in a red dress