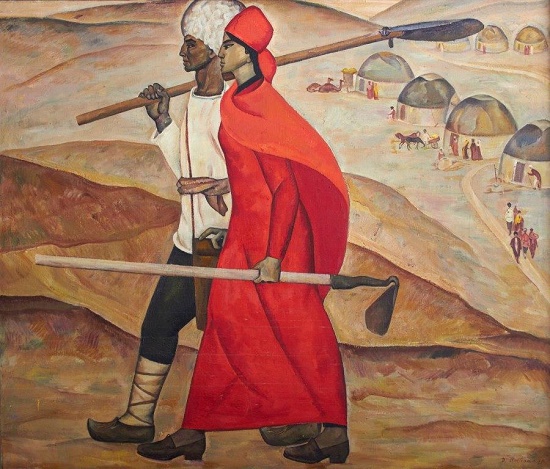 Soviet Turkmen artist Durdy Bayramov
Durdy Bayramov (April 14, 1938, Bairam-Ali, Turkmen SSR – February 14, 2014, Ashgabat, Turkmenistan) is a Soviet Turkmen artist, teacher and photographer. Acting member of the Academy of Arts of the Kyrgyz Republic (1998), People’s Artist of the Turkmen SSR (1991), Honored Artist of the Turkmen SSR (1980). He received the President of Turkmenistan’s medal “For Love of the Fatherland” (2008). Laureate of the award of the Union of Artists of Turkmenistan of B. Nurali (2009), the Lenin Komsomol Prize of the USSR (1972) and the Lenin Komsomol Prize of the Turkmen SSR (1970).
Bayramov is the author of more than 5000 works of painting, graphics, and photographs in the gnres of portraits, landscapes, still lifes, and thematic compositions. 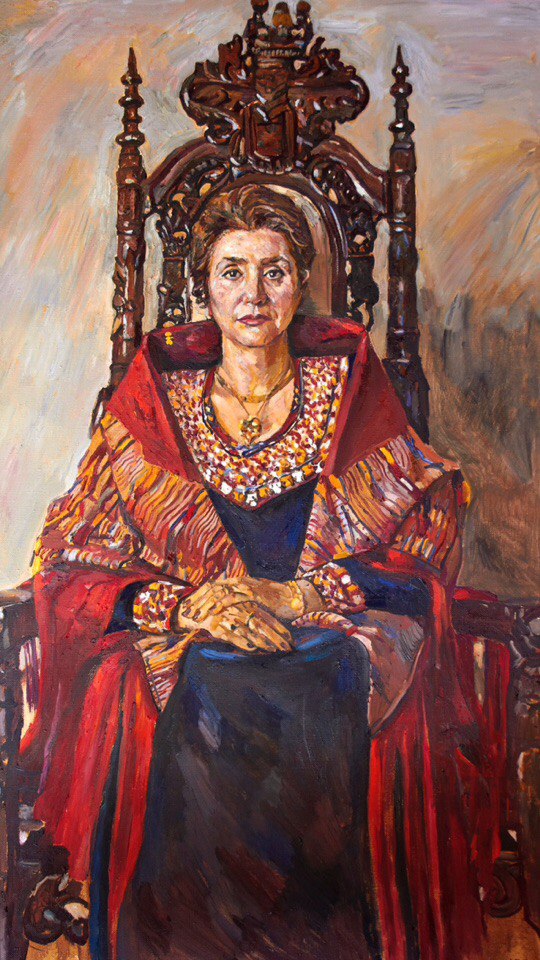 Born April 14, 1938 in the city of Bairam-Ali, Turkmenistan, at an early age without parents, Durdi was in an orphanage in the town of Kizyl-Arvat (now Serdar).

The main genre in the creative work of Durdy Bayramov was a psychological portrait that combined the best traditions of the Turkmen national school. Also, influenced the masters of classical realism and the innovation of the Impressionists. Meanwhile, the top of the portrait skill of Bayramov was the series “People of Culture”, which includes more than 150 portraits of his contemporaries. In particular, the representatives of the Turkmen intelligentsia of the late twentieth and early twenty-first centuries. In fact, the work on the cycle lasted for 40 years, since the 1970s.

Bayramov devoted a lot of time to the education of a new generation of artists: he taught at an art school and helped those who did not have enough money to purchase the necessary materials. Thus, he became an avid and passionate supporter of art education for everyone who aspired to devote his life to art, especially for the younger generation.

A little boy with toys, portrait

At the market in Kunya-Urgench. 1986. Paper, watercolor, felt-tip pen

Director and his films

Flowers for my birthday. 1988. Oil on canvas

From the series ‘Gazel’

Inspiration for the artist. Fragment of painting

Not only artist, but also a photographer. Photo by Bairamov in Spain

Oil on canvas Portrait of a artist’s son

Road to the mountains. 1994. Oil on cardboard

Wild flowers on a green drapery. 2001

Woman with a fan