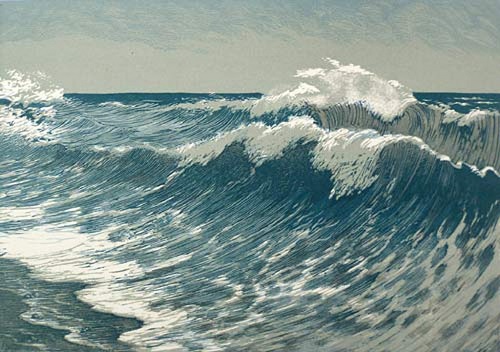 Soviet graphic artist Viktor Bibikov (31 October 1903 – 1973) – Member of the USSR Union of Artists (1932), participant of the Great Patriotic War, Honored Artist of the RSFSR (1955).
Viktor Sergeyevich Bibikov was born October 31, 1903 in the village of Dushenovo, Moscow Province. He studied at the Art School at Sytinskaya printing, which led IN Pavlov and S. Gerasimov. Great influence on the creative development of the artist had NA Sheverdyaev.
In 1920-1925 Viktor Bibikov served in the Red Army. In 1930 he graduated from the art courses of Central Association of Revolutionary artists (teachers Mashkov and Karpov).
Since 1929 a participant of Soviet Art exhibitions. In 1930, on the recommendation of the Board of Revolutionary Artists Association begins to take lessons from IN Pavlov. Participated in art associations – Youth Association of Revolutionary Artists and the Association of Artists of the revolution, and became a member of the USSR Union of Artists (1932). 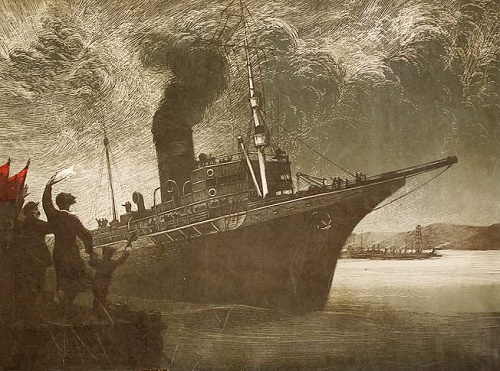 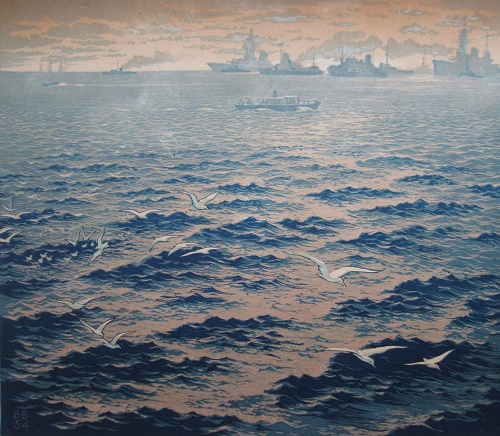 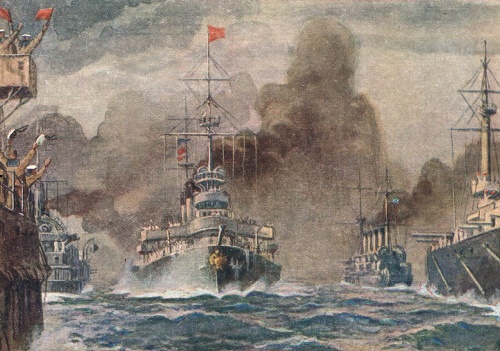 Battleship ‘Potemkin’ cuts through the order of the Government squadrons 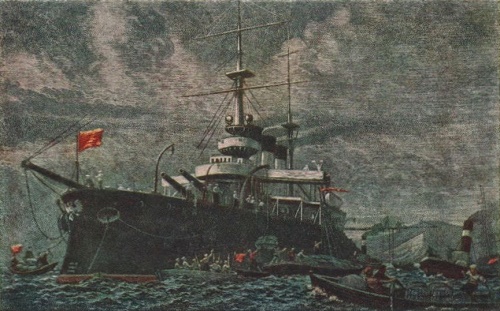 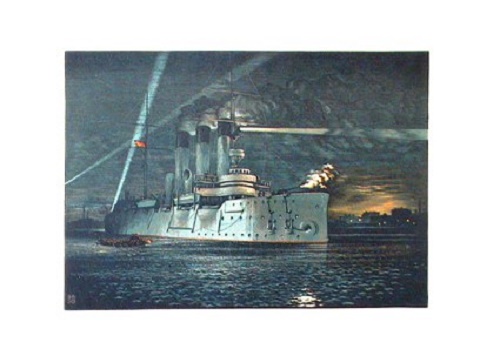 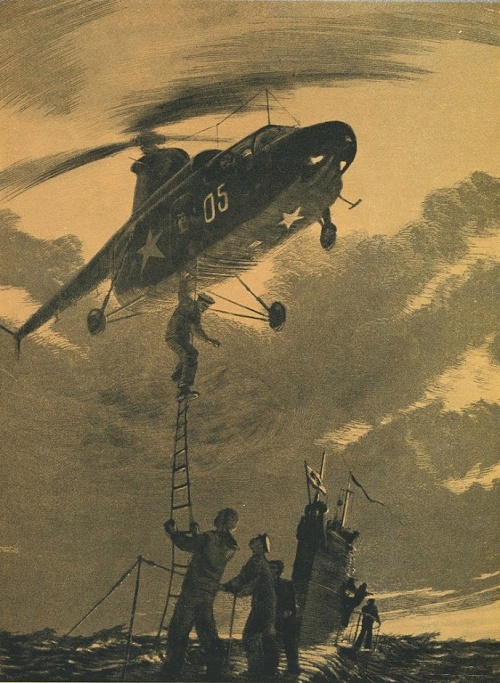 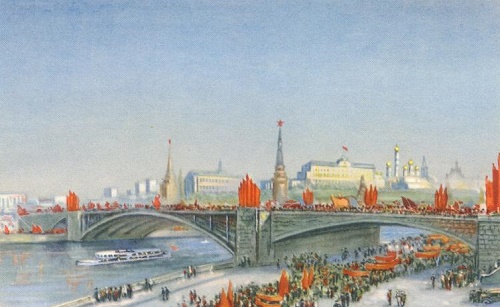 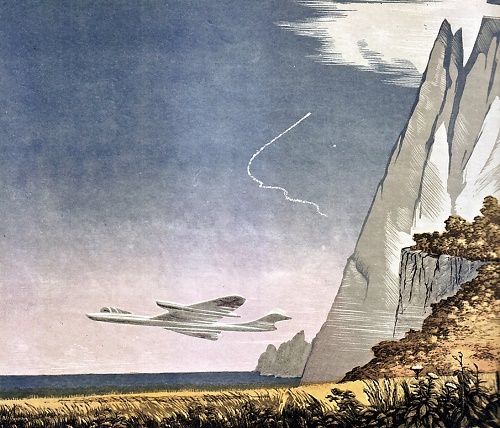 Guarding the maritime borders of our country. 1955 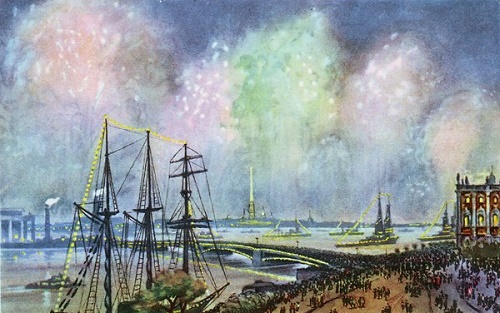 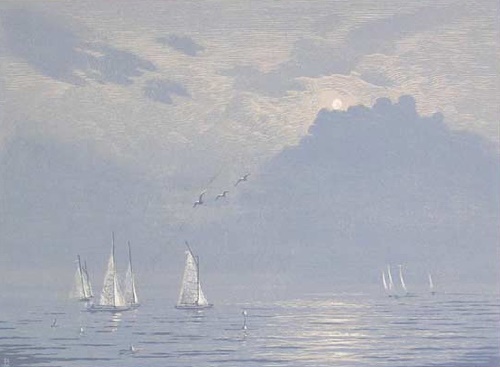 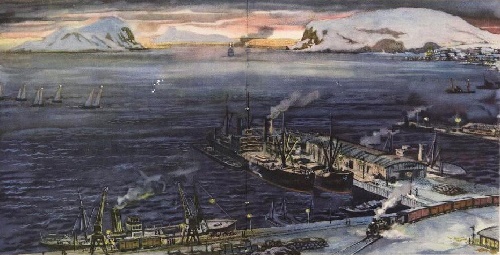 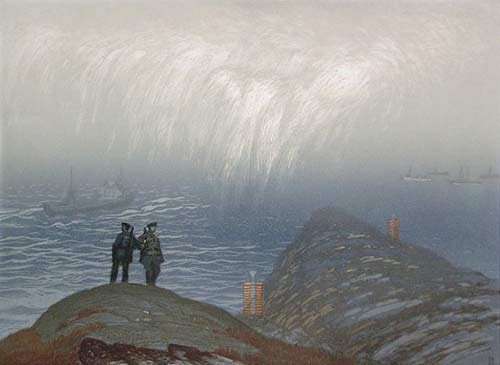 On the northern borders 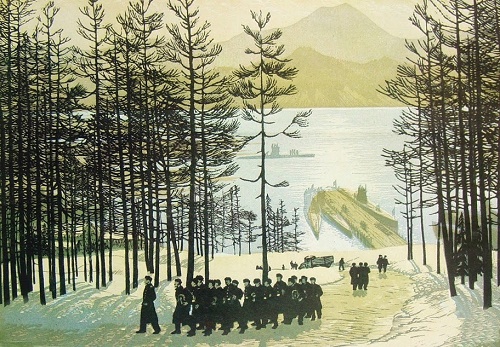 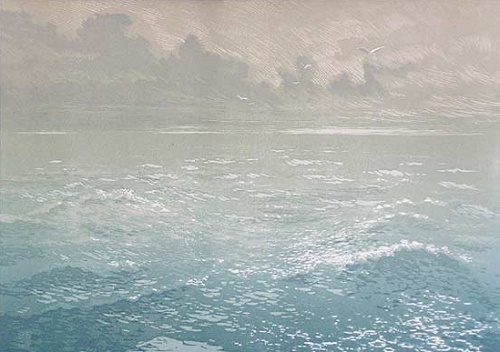 Seagulls over the sea (color linocut) 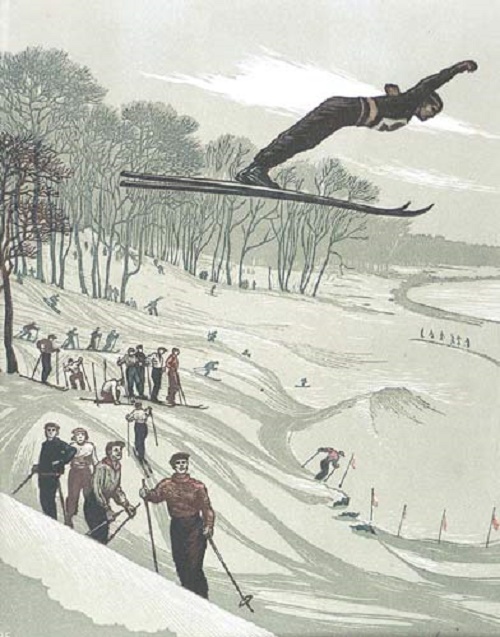 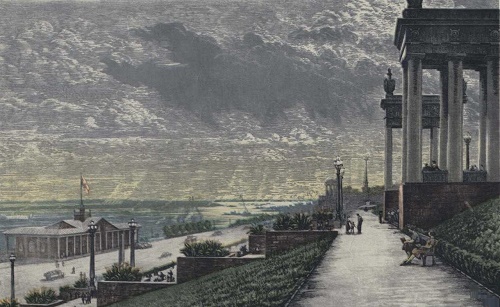 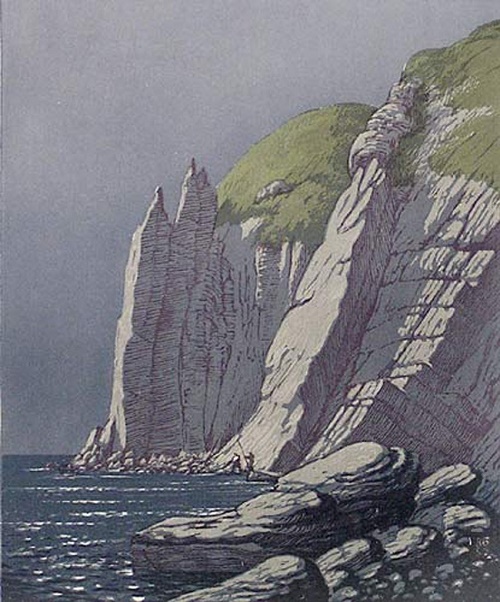 The cliffs above the sea. Autumn, 1952 (color linocut from the Soviet Primorye series) 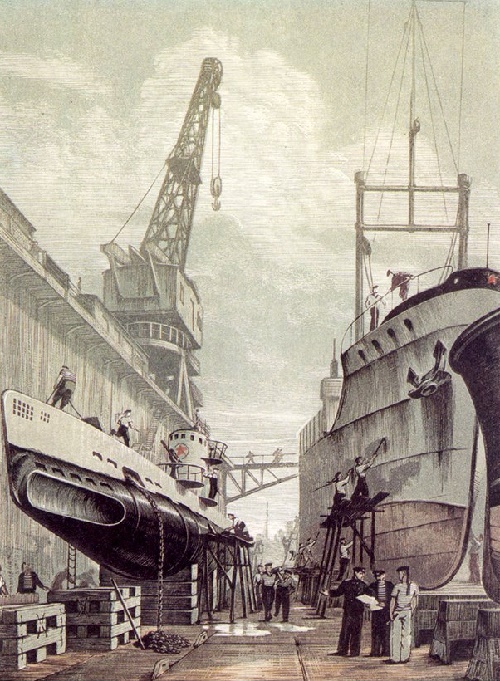 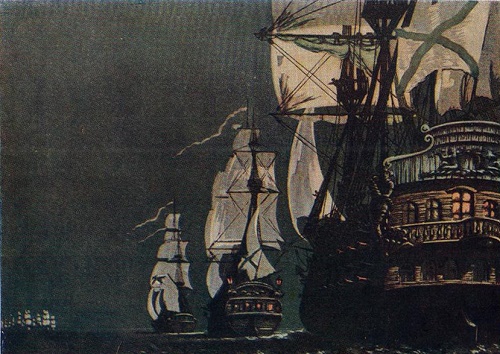 The squadron of Ushakov before the fight (color linocut) 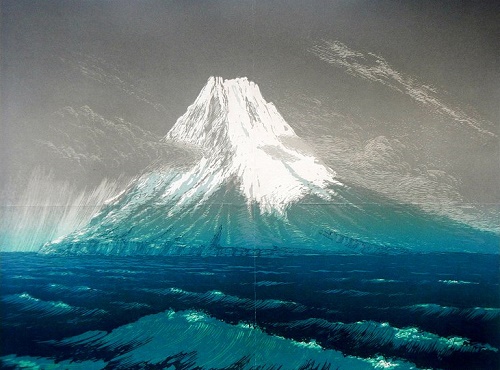 The storm off the coast of Jan Mayen island. 1940 (linocut) 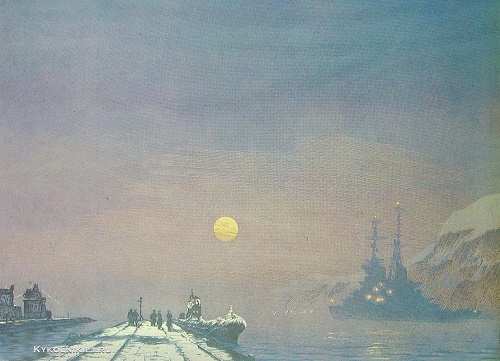 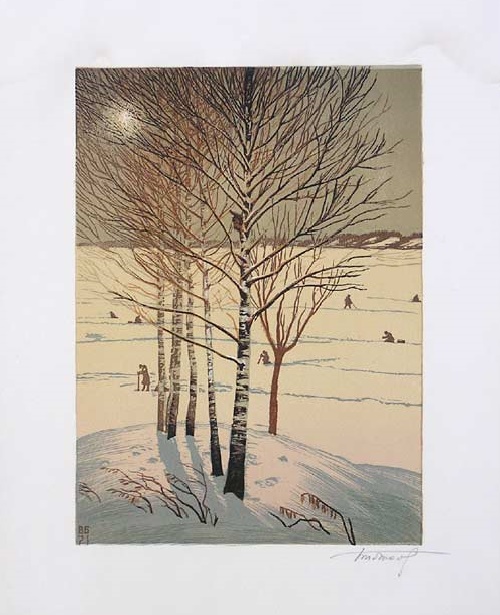 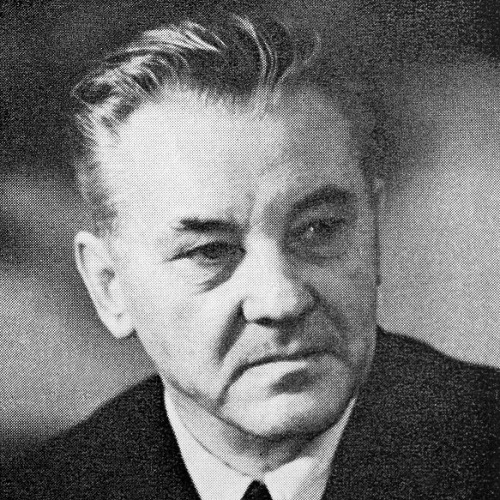