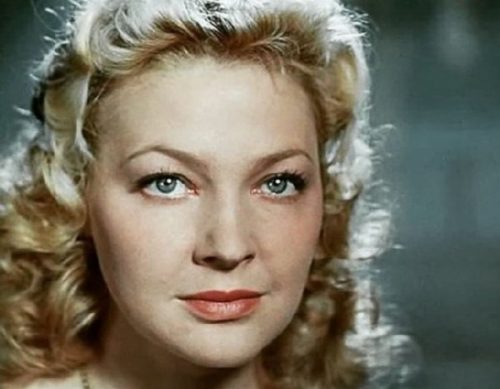 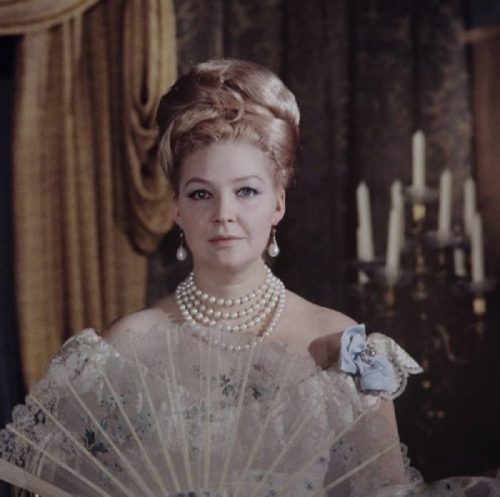 Childhood and youth of Irina Skobtseva

Irina Konstantinovna, in her teens, learned what war is and what hardships and horrors it brings with it. Indeed, at the time when it began, the future actress was almost fourteen years old.

She even had to master the entire school curriculum on her own. In such a terrible time, she could not even think about wanting to become an actress. As soon as she received a school certificate, she immediately went to the capital and entered the state university, choosing the Faculty of History with a degree in art history. 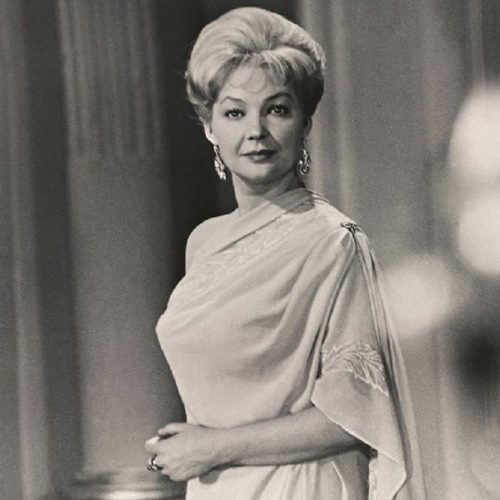 One day she enters the theater and discovers a new world for herself, so she soon becomes an active member of the theater circle and plays in all the performances staged by students and even tries to participate in amateur competitions. It captures her so much, it seems wonderful and unusual, that as soon as she graduates from university, she immediately applies to the Moscow Art Theater. Soon she was enrolled in a studio school, where she was able to study until 1955.

She made her film debut in 1955 as Desdemona in Sergei Yutkevich’s Othello. In 1956, the film “Othello” participated in the main competition program of the Cannes Film Festival and was awarded the Prize for Best Director.

The success of the film “Othello” for many years ahead predetermined the acting role of Skobtseva: a lyrical heroine. “True, the picture of Othello had a somewhat negative effect on my acting career. After her show at Cannes, I received the title of “Miss Charm”, and all with one voice began to talk only about my beauty, forgetting that I was also an actress. It took me several years to overcome this stereotype, ”she admitted. 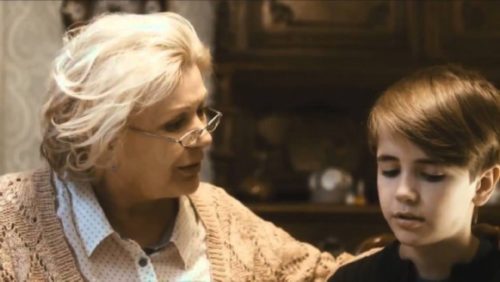 She played Kira in the film adaptation of Leonid Leonov’s play “An Ordinary Man” (1956), Claudia Nikolaevna in “The Unique Spring” (1957). An important stage in her creative career was the role of Helen Bezukhova in Sergei Bondarchuk’s film epic War and Peace. In the paintings of George Danelia “I’m walking around Moscow” (1963), “Thirty-three” (1965), “Completely lost” (1973).

In the 2000s, she starred in television series. Among the most notable works are the main roles in the films “Amber Wings” (Elizaveta Sergeevna), “The Heirs” (Galina Vasilievna), “Women’s Logic” (Svetlana Bobrova), “Gold” (Tatyana Vlasyevna Bragina). Became the owner of the prize. Stanislav and Andrey Rostotsky for their roles in the feature films “Another Woman, Another Man” (2003), “Amber Wings” (2003), a special jury prize for the ensemble cast in the film “Heirs” (2002) at the TV festival “Spolohi” in Arkhangelsk. 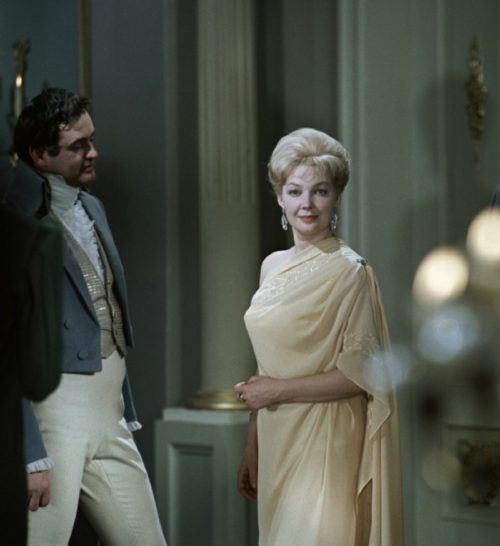 Irina Skobtseva in the film War and Peace

As Irina Konstantinovna explained, she agreed to star in serials in order to distract herself from the grief that befell her the death of her husband Sergei Bondarchuk: “My life can generally be divided into two periods before the death of Sergei Bondarchuk and after. For me it was a terrible grief. It, as you know, does not paint a person. And my relatives and friends advised me to start filming a lot. I obeyed.

She began to play in comedies, serials. I agreed to all this in order to fill my head with something. So, yes, in the last few years I’ve really been playing more diverse roles.” Irina Skobtseva played about 90 roles in the cinema, differing from one another both in the characters of the heroines and in the eras. Since 1970, together with Sergei Bondarchuk, she led an acting workshop at VGIK, assistant professor. Among her students: Olga Kabo, Natalya Andreichenko, Vladimir Basov Jr., Alexei Ivashchenko. 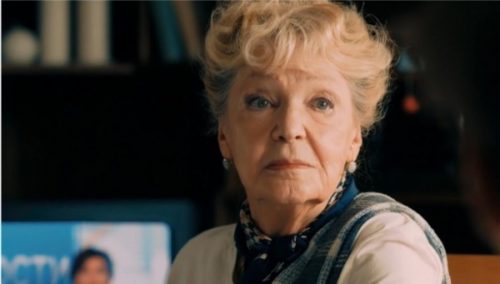 Acquaintance with Sergei Bondarchuk happened absolutely by chance. The morals in the system of teaching the basics of cinematography were strict at that time students were strictly forbidden to be distracted from lectures and trainings, rehearsals and master classes. As the actress herself says, the studio school was more like a boarding school for noble maidens with strict control over the moral character of students and a ban on participating in any filming.

The impatient girl passed a screen test for the main role in the film “Princess Mary” and, torn by contradictions, confessed to her rector. Only 2 years remained before graduation, and the teacher persuaded the girl to refuse to shoot. Upset Skobtseva left the film studio. Gorky, after signing the refusal documents, and a friend of the girl offered to go home with Bondarchuk in the same trolleybus. In the overcrowded salon, the petite blonde found herself under the reliable protection of Sergei Fedorovich’s broad shoulders and iron hands. And then, according to Irina Konstantinovna, she was “covered with feelings, like a copper basin.”

Then there were meetings at the exhibition of the famous artist, and participation in the Russian interpretation of Shakespeare’s Othello. The film turned out to be a landmark for the biography and personal life of Irina Skobtseva for the role of Desdemona, the beautiful actress received worldwide recognition and the title of “Miss Charm”, which is natural, as can be seen in the photo. And here, on the set, relations with Bondarchuk Sr. moved into a completely new category it was impossible to hide a stormy romance.

In 2016, the actress suffered an arm and hip injury. Irina Skobtseva fell in the dark in her own house. Doctors performed two operations to help the actress.

In January 2017, the actress held a nominal creative evening at the Chekhov Moscow Art Theater. The evening was attended by Skobtseva’s son Fyodor Bondarchuk, who came to the event accompanied by actress Paulina Andreeva. In addition to the son of the actress, the guests of the evening were the grandson of Irina Skobtseva Konstantin Kryukov, as well as Oleg Tabakov, Igor Vernik, Igor Zolotovitsky and others. The actors took the stage and shared their memories of the heroine of the evening. 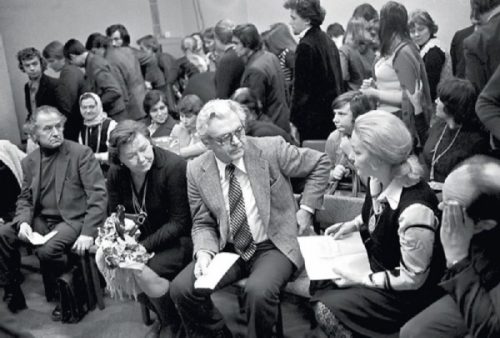 VGIK. Teachers and students talk about the profession, documentary, 1979

In March 2017, Irina Skobtseva and Fyodor Bondarchuk opened a memorial office for Sergei Bondarchuk in the Glavkino film and television complex. The main theme of the memorial exhibition was the famous painting by Sergei Bondarchuk “War and Peace”. The memorial office has a real director’s table and chair, cameras used for the filming of War and Peace, in addition, the project partners provided photo and video chronicles dedicated to the work and biography of the director.

In 2017, Irina Skobtseva and fans of the actress will celebrate the anniversary on August 22, 2017, the artist turns 90 years old. 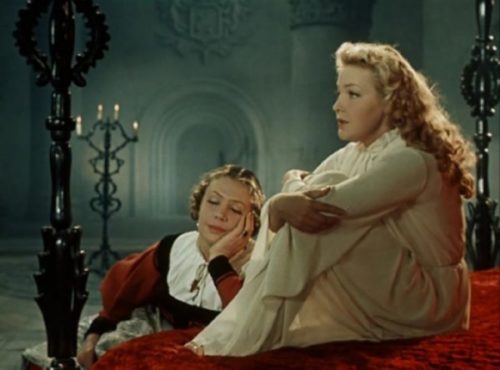 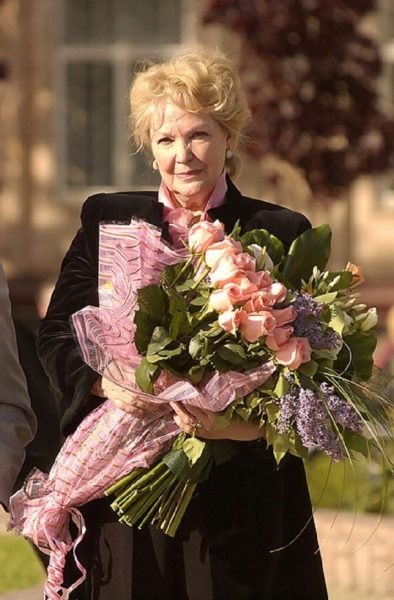 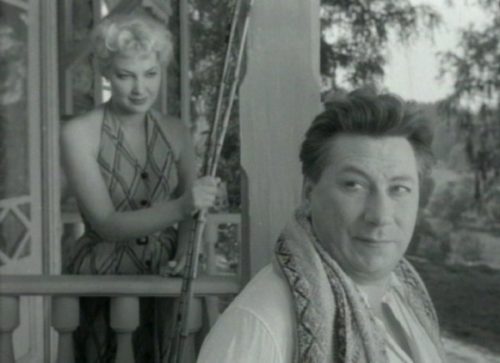