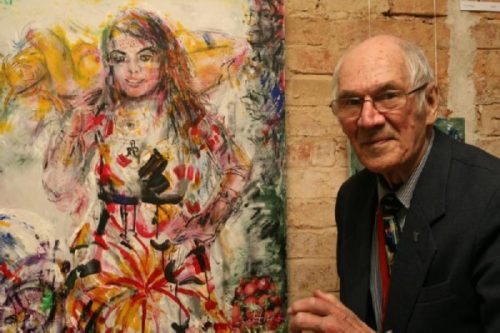 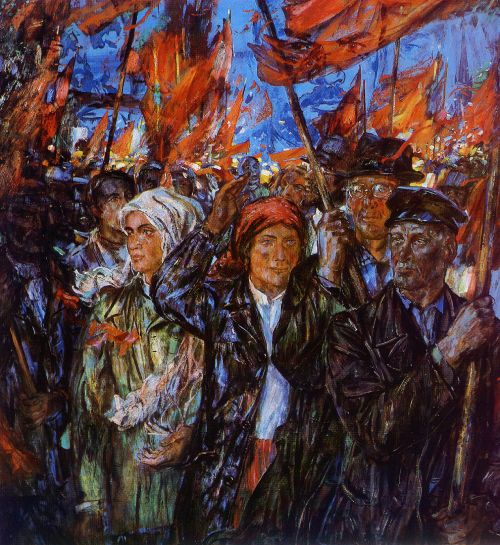 Ewald Okas was born on November 28 (15 old style) November 1915 in the city of Revel (now Tallinn), Estland province of the Russian Empire.

EK Okas received his artistic education at the “Higher State School of Arts” in Tallinn, which he graduated in 1941.

The work of Ewald Karlovich Okas was represented by industrial and urban landscapes, portraits of his Soviet contemporaries, works on the history of the Estonian people, as well as a large number of graphic bookplates made to order.
From 1944 to 1993, Ewald Okas was engaged in art and teaching activities, working at the “State Institute of Arts of the Estonian SSR”.
Evald Karlovich Okas died on April 30, 2011 in Tallinn.

During the war years, as part of the Soviet army, he was a member of the collective of Estonian artists in Yaroslavl.

The author of thematic compositions, industrial landscapes and portraits, he also worked in the field of monumental painting and decorative and applied art. Illustrated Estonian folk epos and works of Estonian fiction. His work is characterized by: the sharpness of typification, the dramatic nature of the narrative, the dynamics of compositional and textured techniques. 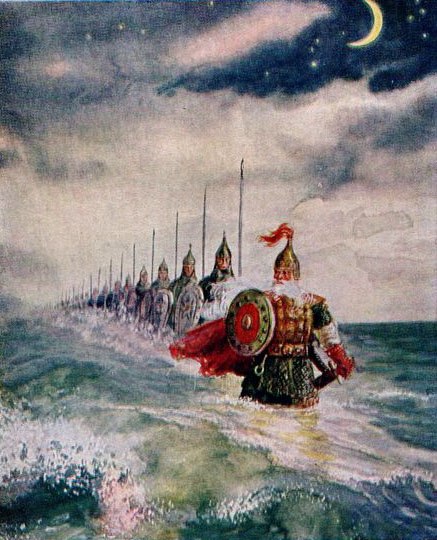 The Tale of Tsar Saltan

Founding member of the Union of Artists of the Estonian SSR (1943). Honorary member of the Leningrad Society of Ex-libris and Graphics (1972).

He was included in the list of 100 great figures of Estonia of the 20th century, compiled according to the results of written and online voting (1999). 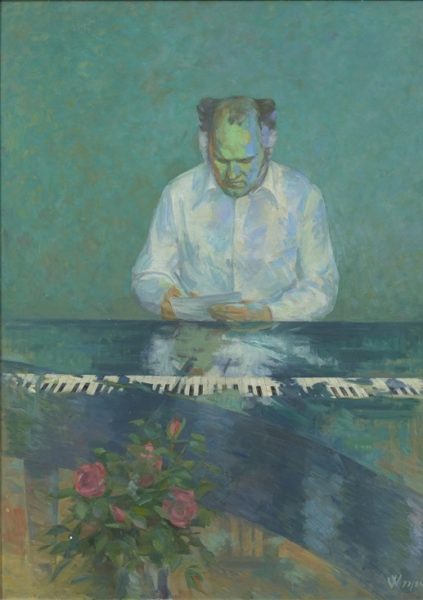 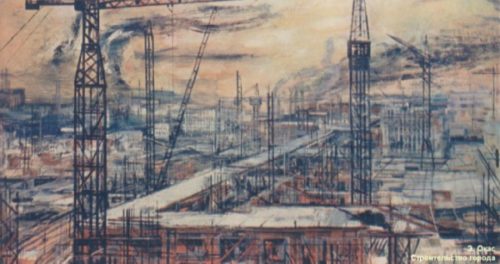 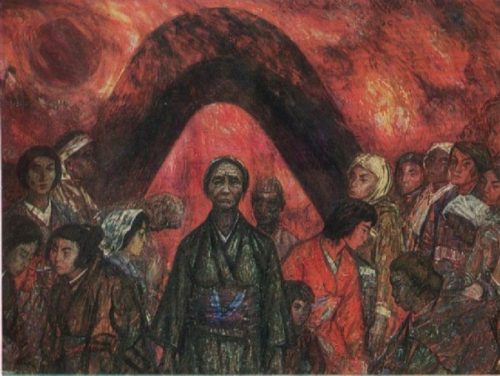 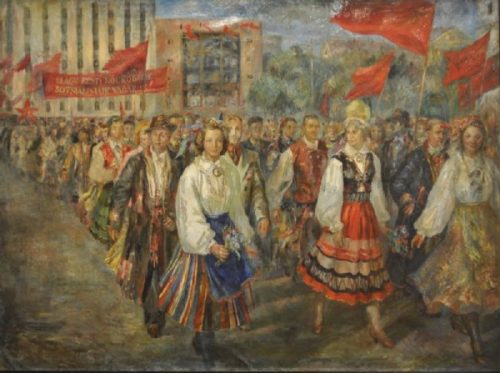 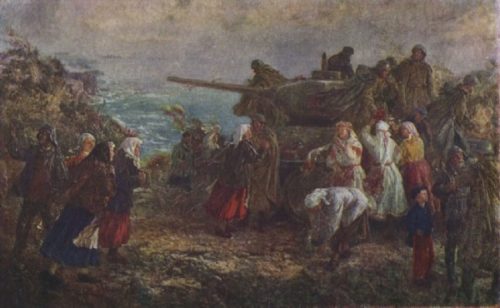 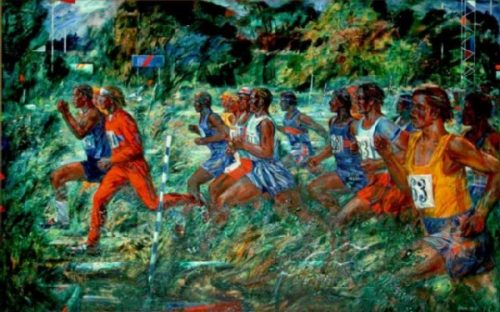 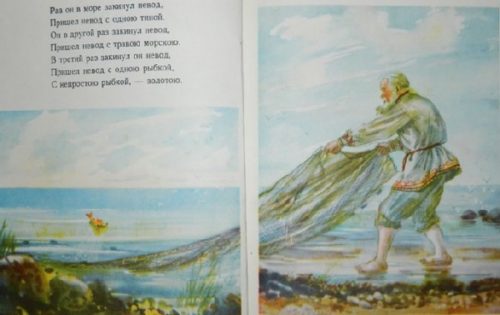 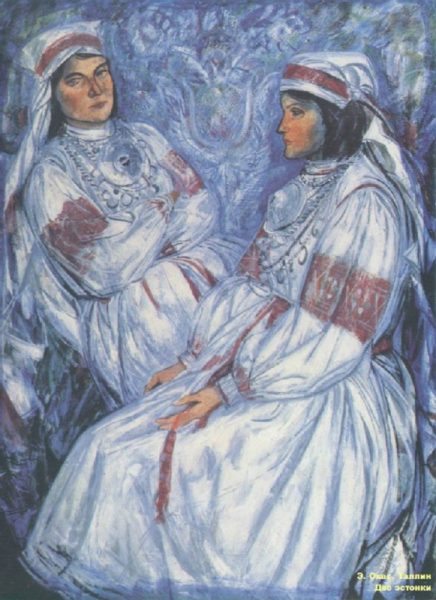 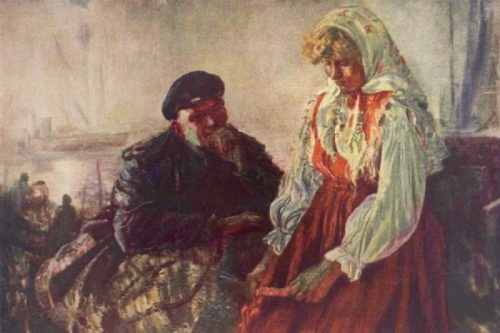