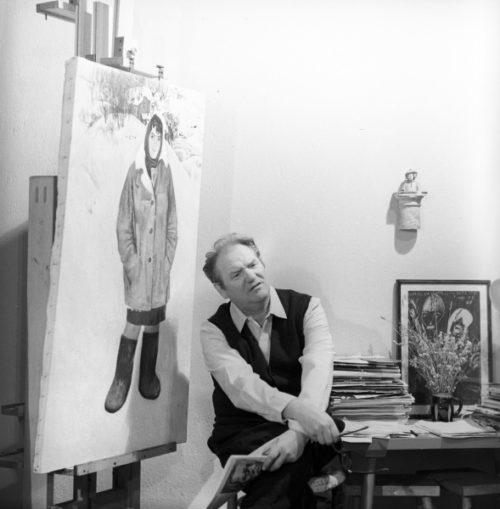 Moiseenko Evsey Evseevich was born on August 15, 1916 in the village of Uvarovichi, Budo-Koshelevsky district, Gomel region. His father died that same year without seeing his son. The boy was raised by his mother Matryona Sergeevna and grandfather Prokop Naumovich. 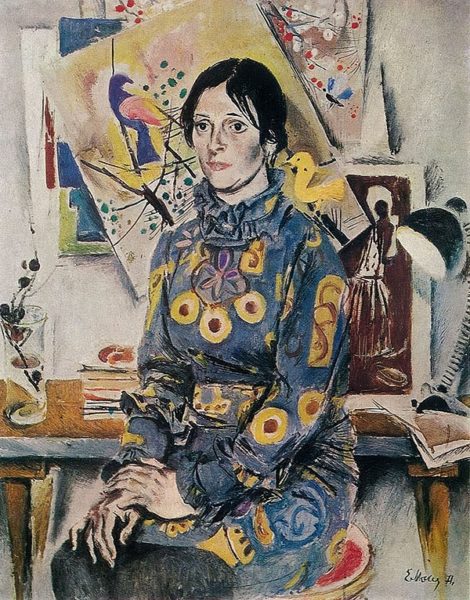 At the age of fourteen, Evsey Moiseenko went to Moscow to study painting. He received his first professional skills at the Moscow Art and Industrial College named after M. Kalinin. Four years later, he entered the All-Russian Academy of Arts in Leningrad, the department of painting. In the summer of 1941, Yevsey Moiseenko undergoes pre-graduation practice in Uvarovichi, collecting material for the graduation multi-figure composition “Shchors”. On June 22, his cousin was supposed to have a wedding, which never took place. A few days later, Moiseenko went to the front, in the militia.

Many monographs have been written about the artist, albums have been released. His articles were published. But, as for the biography of Moiseenko during the war, most often they write, … was in the militia, was captured, the Altengrab camp near Magdeburg.,. We can only guess what the artist had to go through. 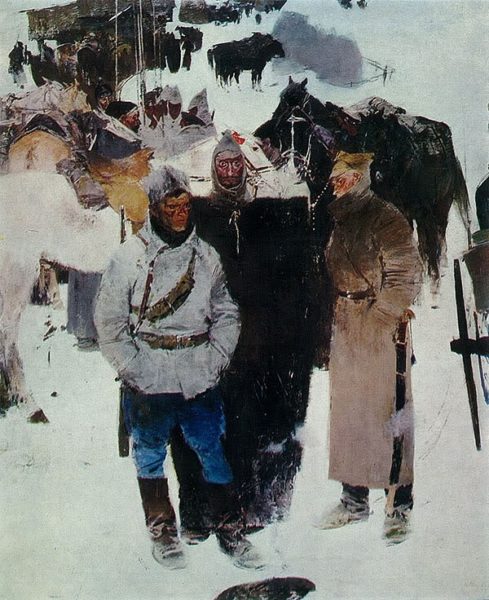 In the 50s, a series of works appeared, “This cannot be forgotten”

“I remember how my mother took me to the war, and how, as a soldier, I passed villages and left them. I will not forget the eyes of women … How the memory of them settles in the soul of a soldier, and grief, and sadness, and hope., Wrote the artist. Art critics paid a lot of attention to the work of Moiseenko. They evaluated the artist’s work as a significant phenomenon in the history of Soviet art. The last bullet of the war killed a soldier, falling into the arms of his comrade in arms.

I can only describe my impressions. Previously, I paid more attention not to what the artist did, but how, and this is not only with Yevsey Evseevich. I was always interested in why Moiseenko stopped and decided that the work was over. At work, the Reds came to the Russian Museum, when I saw the raft in the foreground, I was dumbfounded. 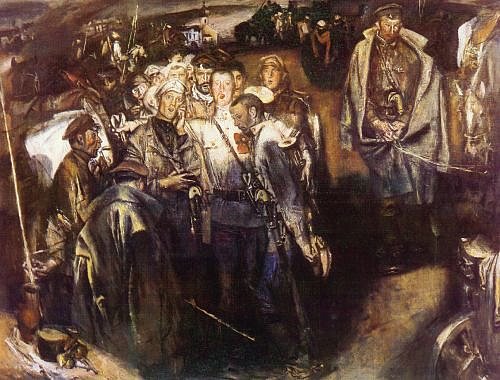 Just drips of paint through which the canvas shines through.

How to paint a picture so that you get the impression that it was done quickly, without torment and sweat? To write this way, you need an idea, sketches, determine the color scheme, you need to tune yourself to a certain work. Moiseenko had dozens of sketches and sketches for each painting. The artist strove to combine the figurative and real spheres in his work. Always observing, I recorded my impressions on canvas and paper. Let’s remember the album Mother Sisters.

Many wanted to get to study in his workshop, students and colleagues respected, someone was afraid, the authority was indisputable, the look shone through. Something like Socrates.

Moiseenko has always painted. Contemporary painters – painters hardly paint. It is enough to outline the composition of the future work with a pencil. Evsey Evseevich could not imagine life without a pencil. 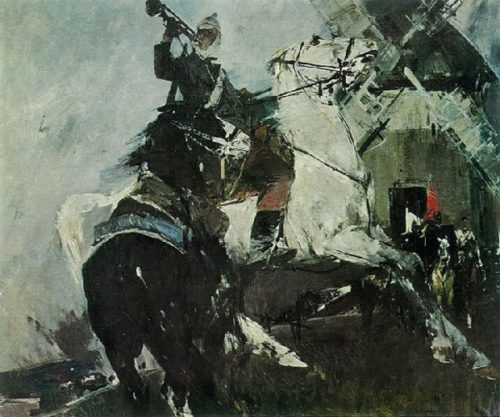 Yessey Moiseenko entered the visual arts with iconic works about the civil war.

The epochal events of the 20th century are sublimely romantic for him. ,, The first horse ,, ,, Bugler ,, ,, The Reds came ,, ,, Commissar ,, ,, We were led by youth ,, ,, Kakhovka ,, – these are not documentary moments, the artist, by his decision of the topic, makes us feel the spirit of legendary events and heroes.

Having already become the People’s Artist of the USSR, Hero of Socialist Labor, Laureate of the Lenin Prize, the State Prize of the USSR, with all his busyness, he came to his mother in Belarus, but not as often as she would like. And she, a simple peasant woman, never moved to her son in Leningrad. 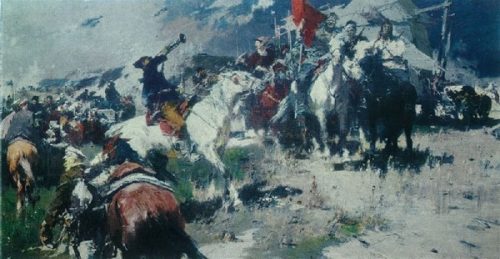 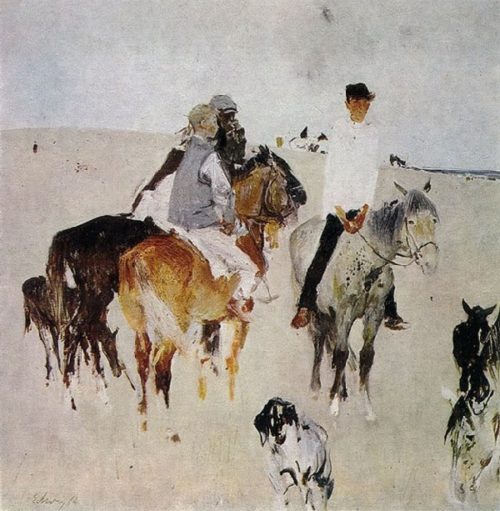 Being in captivity, non-partisan, such a person has always been under suspicion of the authorities – an enemy of the people.

Only in 1956 he was elected a member of the board of the Union of Artists of the RSFSR and the exhibition committee of the USSR. Since 1958, Yevsey Moiseenko began teaching at the Repin Institute of Painting, Sculpture and Architecture. Since 1963 – professor, head of a personal workshop. The power of the impact of his work on students and other artists was such that at many exhibitions there was a number of works “under Moiseenko”.

At the defense of the diploma, on June 21, 1947, the director, a wonderful artist Alexander Osmyorkin, said about the diploma Moiseenko, General Dovator ,, … The picture charges every viewer with its emotionality, genuine artistry and very great skill, but very individual. This is already an artist with his own face, who, of course, has a great future ahead of him. … We are witnessing the birth of a young, very great artist. … with his individuality, he will bring a new note to Soviet art. … success will not turn his head, because he is a very demanding artist … ,,

Since that time, forty-one years have been released to Evsey Evseevich Moiseenko for life and work. 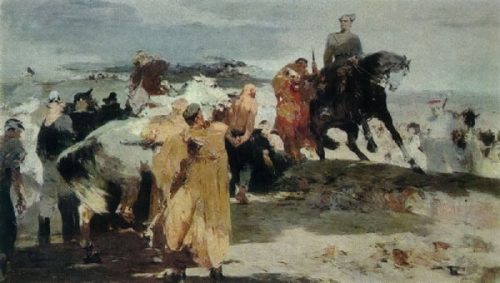 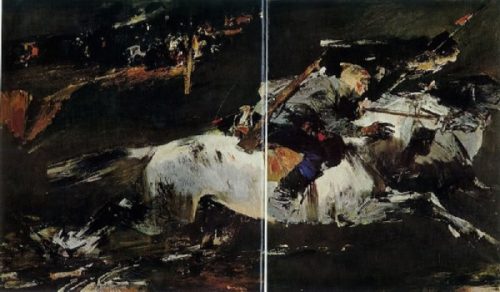 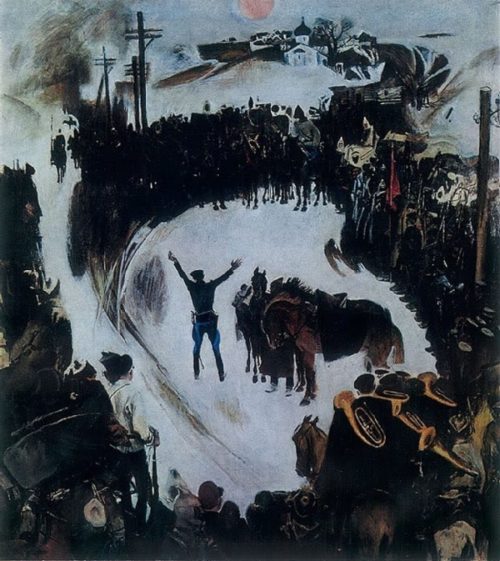 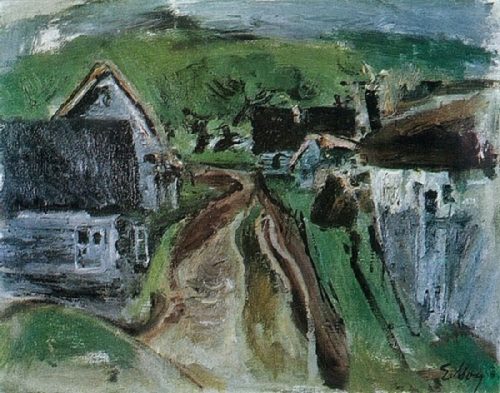 Study for the painting Sergei Yesenin with his grandfather. 1963 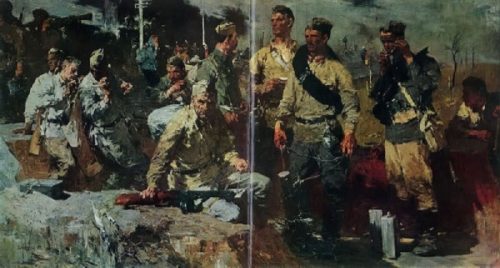 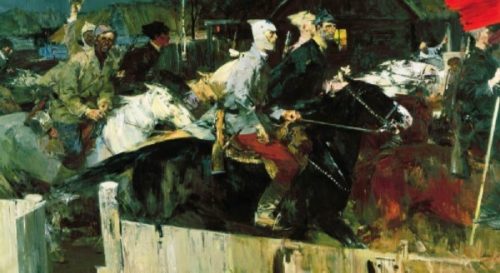 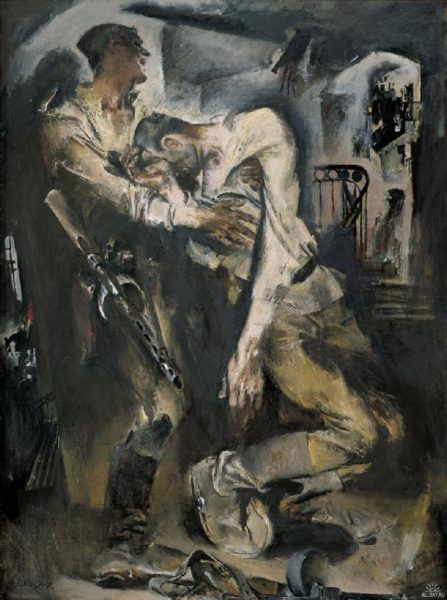